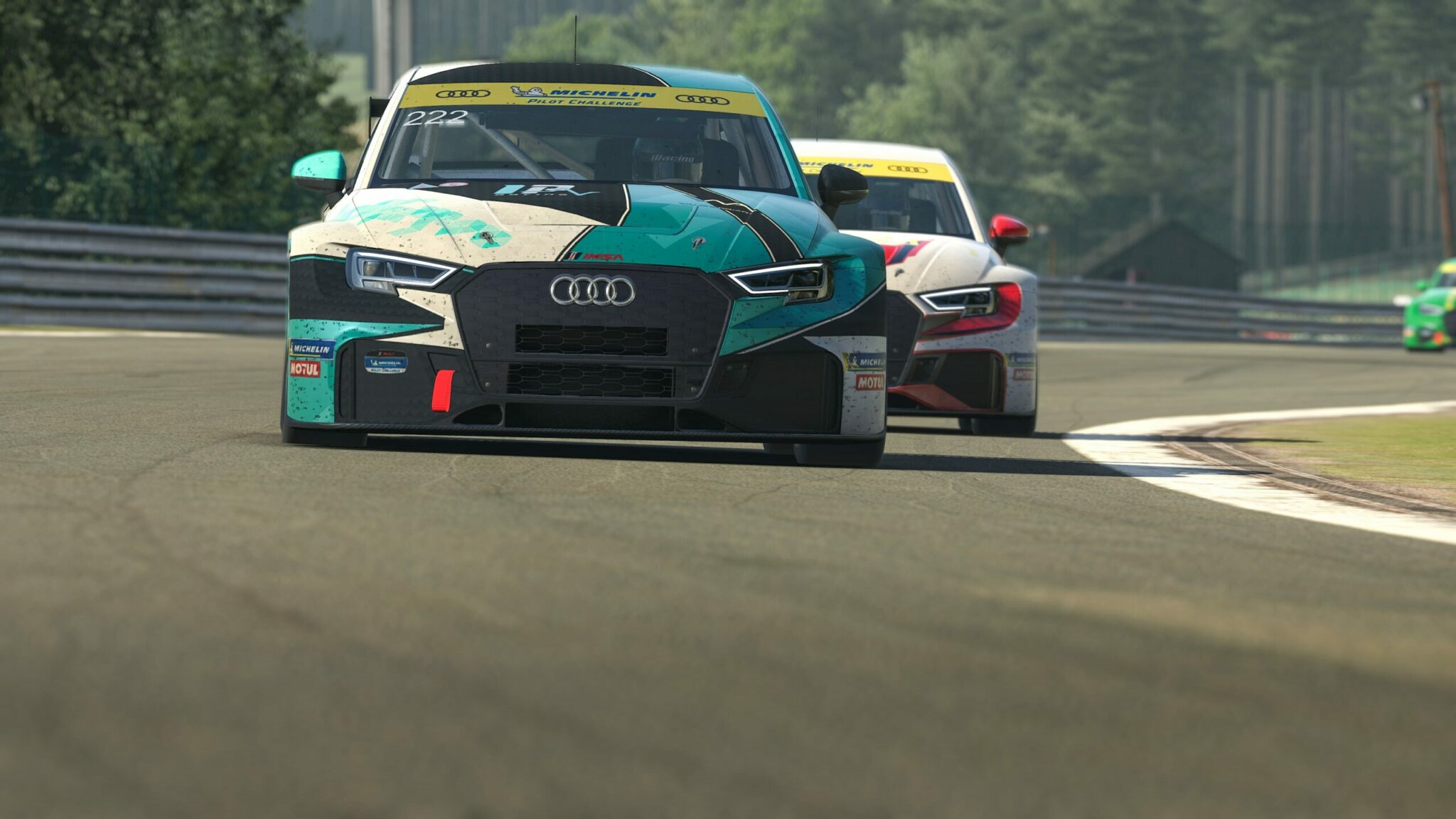 A second-place finish with a fight in the final corner after 12 hours of racing!

The first race in the new iRacing Official Endurance Series took place on the 3rd of April. A 12H Creventic race at the Circuit de Spa-Francorchamps of the was the first race of the series in 2021. Impulse Racing started with a TCR vehicle, with Kevin Weinreich, Mattias Magnusson and Christopher Emms at the wheel.

For Mattias and Christopher, it was not only the first race of the 12H Creventic Endurance Series but also the first race in the new team. Both recently joined Impulse Racing.

Kevin drove the qualification, but it didn't go as well as he had hoped for. For qualifying on Spa, drivers need to go out immediately. Otherwise, they run out of time to finish the second lap. Because he also spent too much time in the out-lap, it got pretty tight with 2 counted laps at the back, which then also led to an error in lap two. As many people do at Spa, Kevin got an off-track so that the 2nd lap was not counted either way. In the end, qualifying resulted in a starting position at the end of the midfield. P8 of 13 cars in the first qualifying of the 12H Creventic.

Fight to the front throughout the first 6-hours of racing!

The race start was good. Kevin managed to gain a position and was not involved in any incidents. Nevertheless, after the first laps, it got a little bit hectic. Race pace looked very strong and Kevin was aiming to move to the front of the TCR field quickly. Problems were the slower teams being aggressive in their defending. Thinking of the long game, the Impulse Racing TCR took it slowly and safely. Because of that time loss was unavoidable, but most important was a damage free car. Patience paid out well. At the end of the stint, our TCR car found itself in P4.

After the 1,5 hour, Chris got into the car and kept the car in P4 without any major problems. At that point, the race was going really well. When Chris parked the car in the pit box after his stint, Mattias jumped into the car. In the meantime, P2 was hit pretty hard by a GT3 which caused them severe damage retirement of the race. This brought the Impulse Racing TCR P3, with in front of them only full send of the well-known teams with strong lap times in P1. 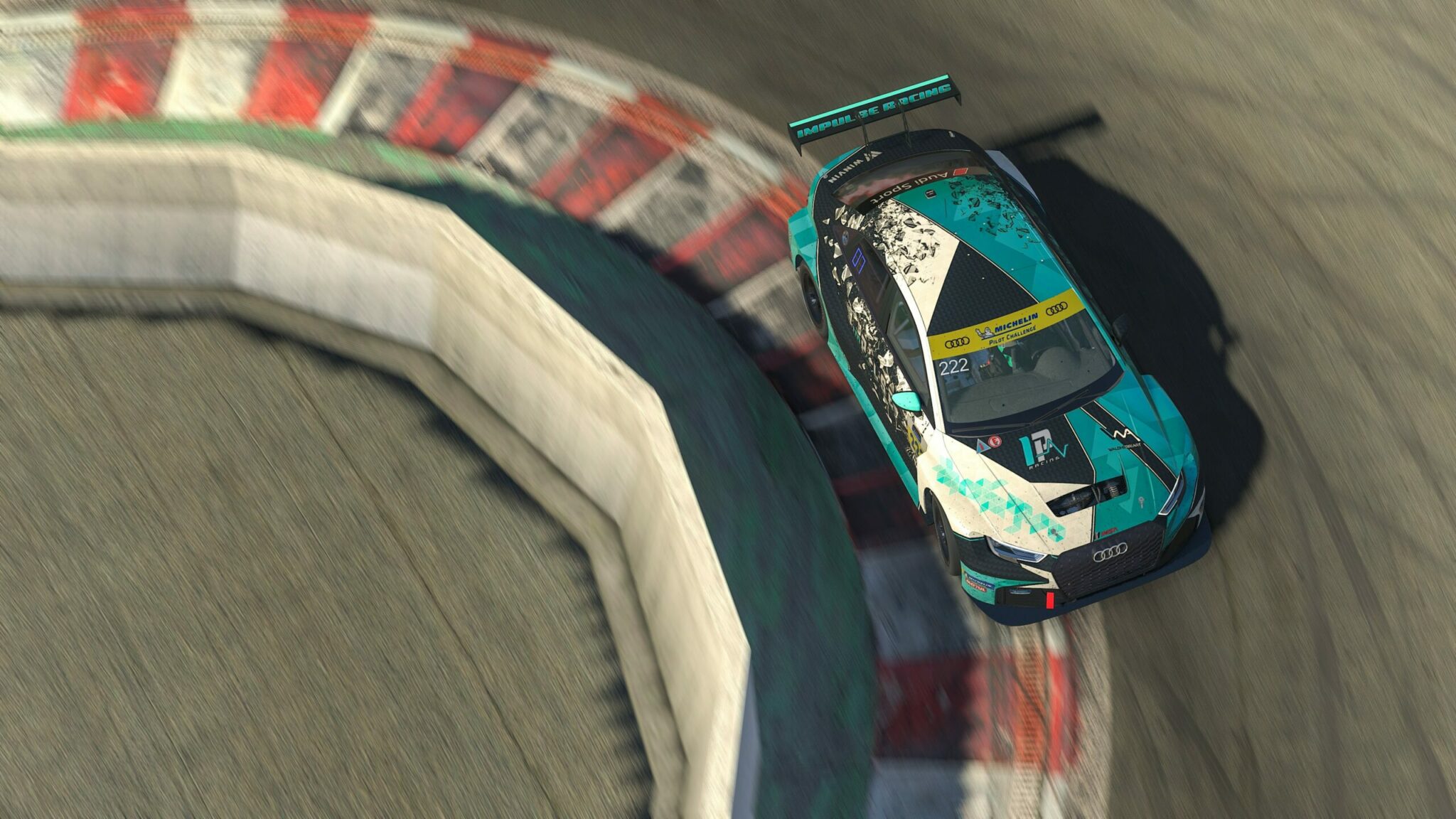 On edge refuel causing some worries

Halfway through the race, the drivers got their P2 track position through good performances. A more exciting part consists of the incident points. For the entire 12H, an allowance of only 50 incs counts. If you reach that limit, you get a stop-and-go penalty. Due to the too aggressive first stint, after half the race a high number of incs relatively quickly arose. In the second half of the race, it was time to drive as clean as possible. The penalty costs a lot of time, as everybody who knows Spa can imagine the time it costs with such a long pitlane.

So slowly the sunset began and it was changed into darkness for the end. For the last hour, Mattias went into the car and he was allowed to collect not more than 8 incs. Otherwise, the stop-and-go would throw the Impulse Racing TCR quite far back. Team MAD, who is one of our competitors from the 24H SERIES ESPORTS, came dangerously close again and kept on catching up. In the meantime, it was 3 o'clock in the morning, so Mattias was getting a bit tired himself. To make things interesting, half an hour before the end there was a disagreement as to whether the refuel for the last stint was enough. Our drivers got a bit nervous and gave Mattias instructions to save a little bit of fuel.

Team Mad was still catching up with Miguel M Freitas, by far the strongest driver, coming really close. In the last lap, it got really exciting, as it turned out in the end, both teams had 48 INCS so the slightest contact would have cost both teams a stop-and-go penalty! Performing very well, Mattias had everything under control and managed to defend Miguel's attack in the last corner to bring P2 to the finish with a stuttering car on the finish line. As close as it can get on the fuel! The fuel calculation of Kevin and Chris was accurate to one drop, and luckily by saving fuel Mattias could successfully bring it to the chequered flag.

For the first race under Impulse Racing, Mattias and Chris showed what kind of performance they can get and the whole team is looking forward to the new season of the endurance series that starts in October. Thereby we are very happy to get in such a good second-place finish for the first race of the 12H Creventic Endurance Series.

The broadcast of the race, performed by Racespot, can be seen below.