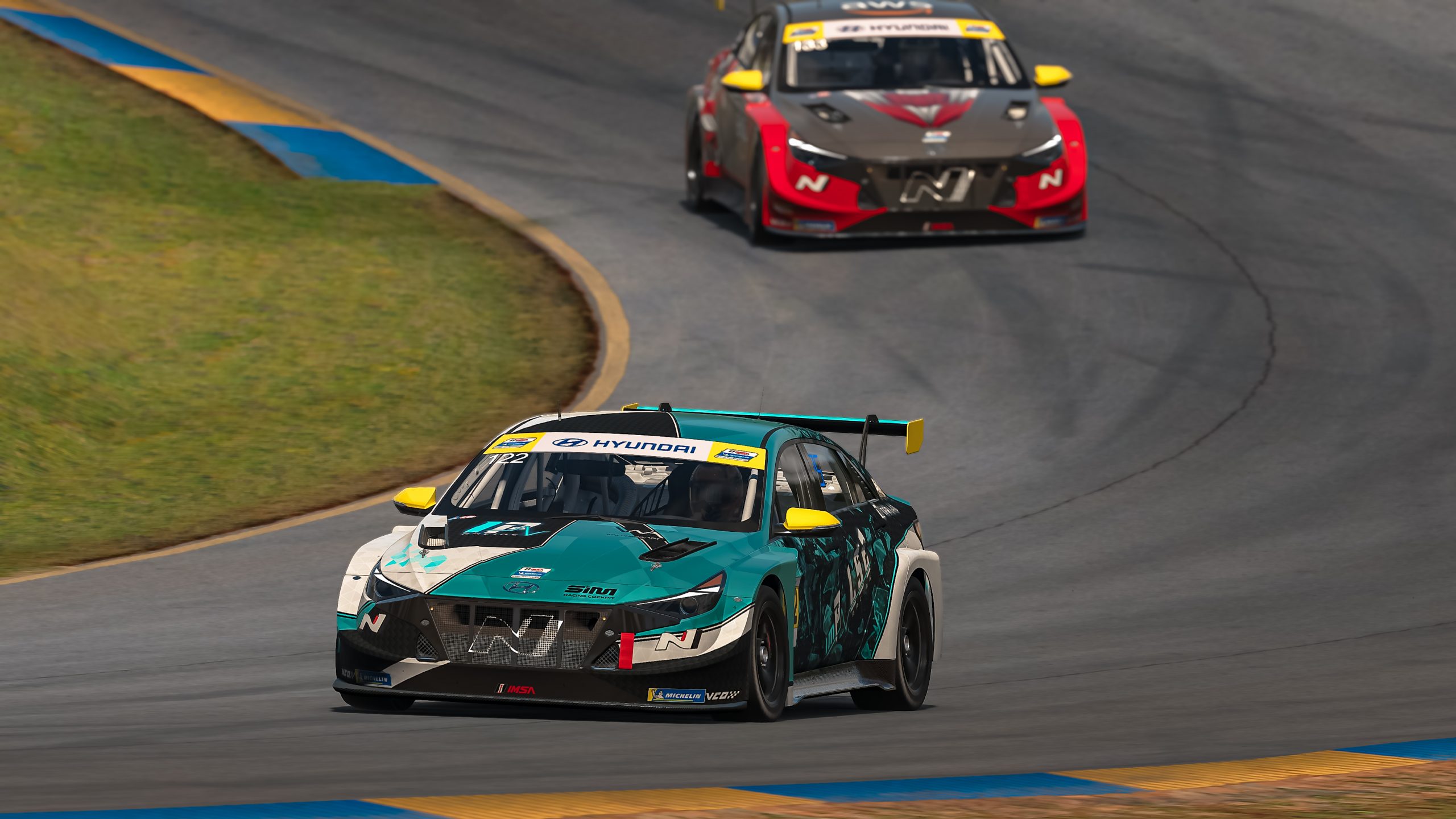 At the end of 2022, Impulse Racing had been given the chance to participate in the official IMSA Esports Michelin Global Championship with a car in the TCR category.

With much anticipation, a couple of guys prepared for four exciting races in the premiere season under the Hyundai brand.
Over 2 hours 40 minutes each at Road Atlanta, Laguna Seca, Indianapolis and Daytona, there were exciting battles against other top teams like SimRC, R8G Esports and even the Apex Racing Team.

At the end of the season opener at Road Atlanta Chris T Shorter and Marcel Jochheim finished in an outstanding 5th place. The highlight of this race was the overtaking maneuver of Shorter against R8G in the fight for 3rd place in between.

Followed by a competitive race in Laguna Seca. With 2 safety car phases and a lot of excitement Impulse Racing finished 7th.

Trouble in the second half of the season

Due to technical problems and a resulting hard penalty even before the start of the race, a good result in Indianapolis was directly ruined. For the rest of the season Robin Monster took over the cockpit from Marcel Jochheim. The pace in the race itself gave hope and built confidence as they were able to keep up with the pace of the top 3. Nevertheless, 13th place hurt in the end - also with a view to the overall standings 1 race before the end.

The final race of the short premiere season of the IMSA Esports Michelin Global Championship took part at Daytona. Unfortunately the bad luck did not let us down. A major accident was caused by an unnecessarily opened 3-wide on the oval and the coming lapping GTDs. The Impulse Racing TCR unfortunately had no chance to avoid the accident.

Since most of the competition also had problems at Daytona, they finished 9th at the end of the short but exciting season.

In summary, it was a great opportunity for Impulse Racing to even be allowed to participate in this strong field and the official IMSA Esports Series!