Skip to content
Successful start into the Special Event season 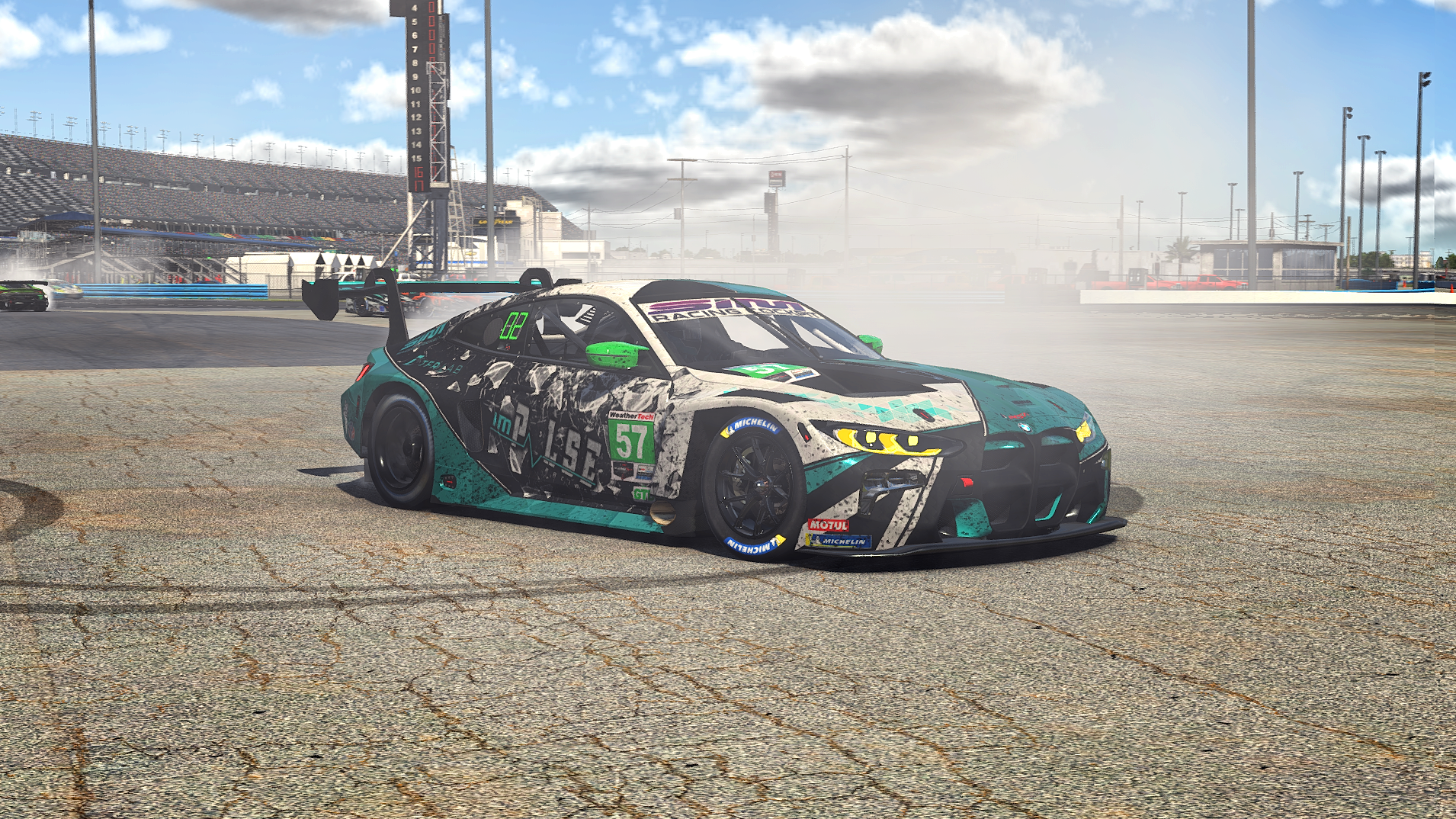 5 GTD cars lined up at the start

The year 2022 of the Special Events started as usual with the 24h of Daytona.
Due to the change in the main series of the IMSA, in contrast to the years before, only 2 classes were at the start - LMP2 and GTD.

This made the field of cars even tighter and more exciting, as it was no longer divided into 3 classes.
Impulse Racing had brought 5 GTD cars to the start.
Unfortunately, no car made it into the top split. However, they were able to field 2 cars in the 3rd split.
The record-breaking iRacing Special Event still had a lot to offer in the 3rd split. With an average strength of 6300 iRating, the field was still populated with very good competition. Teams like CoRe Simracing, Puresims or Zennith fought against iPR for the victory.

But there was no less competition in the other splits either! The remaining 3 cars found themselves in splits 4, 7 and 8.

A list of all drivers on the respective cars can be found here:

After the 24 hours of Daytona we can summarise that it was a very successful one!
It is unfortunate that only 2 out of 5 cars saw the finish line, but there were also retirements that could not be avoided by other opponents.

With 2nd place, the team celebrated another podium finish in the second Special Event in a row! We can build on this for the coming races.