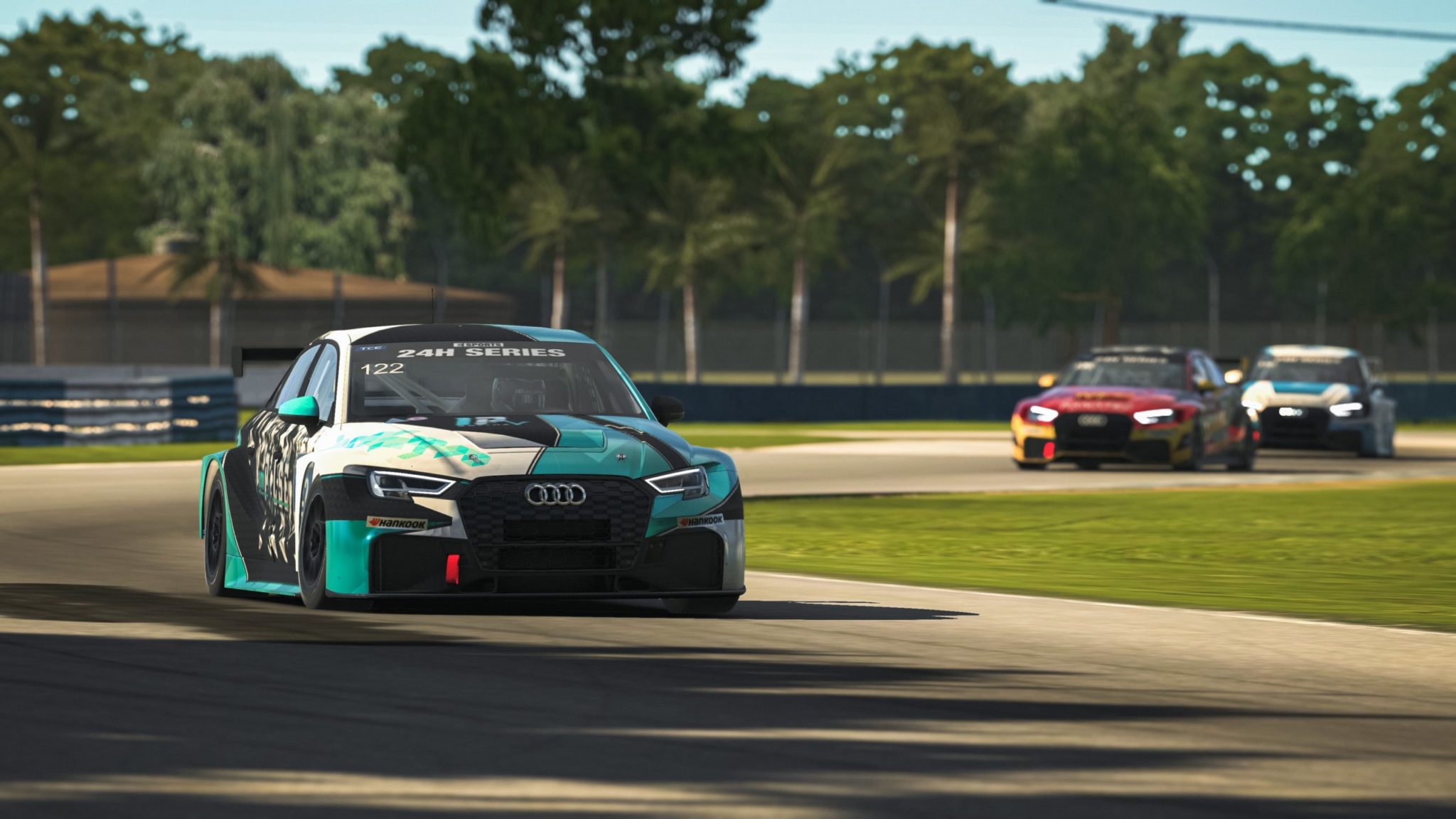 The 24H SERIES ESPORTS round 2 took place in the last week of November 2020. The 6-hour race was held at Sebring International Raceway. It is a road course auto racing facility in the southeastern United States, located near Sebring, Florida.

It is one of the oldest continuously operating race tracks in the U.S., its first race being run in 1950. Sebring is one of the classic race tracks in North American sports car racing. The raceway occupies a portion of Sebring Regional Airport, an active airport for private and commercial traffic.

15-minutes of qualifying did not go as planned. In a very strong field of cars, one or two-tenths turned out to make the difference for the back and the front of the field. Marcel Jochheim started with a couple of strong laps but was not able to optimize his lap time at the sweet spot of the tires. This resulted in a qualifying position at the back of the field. With these small differences in qualifying, it promised some really close racing. 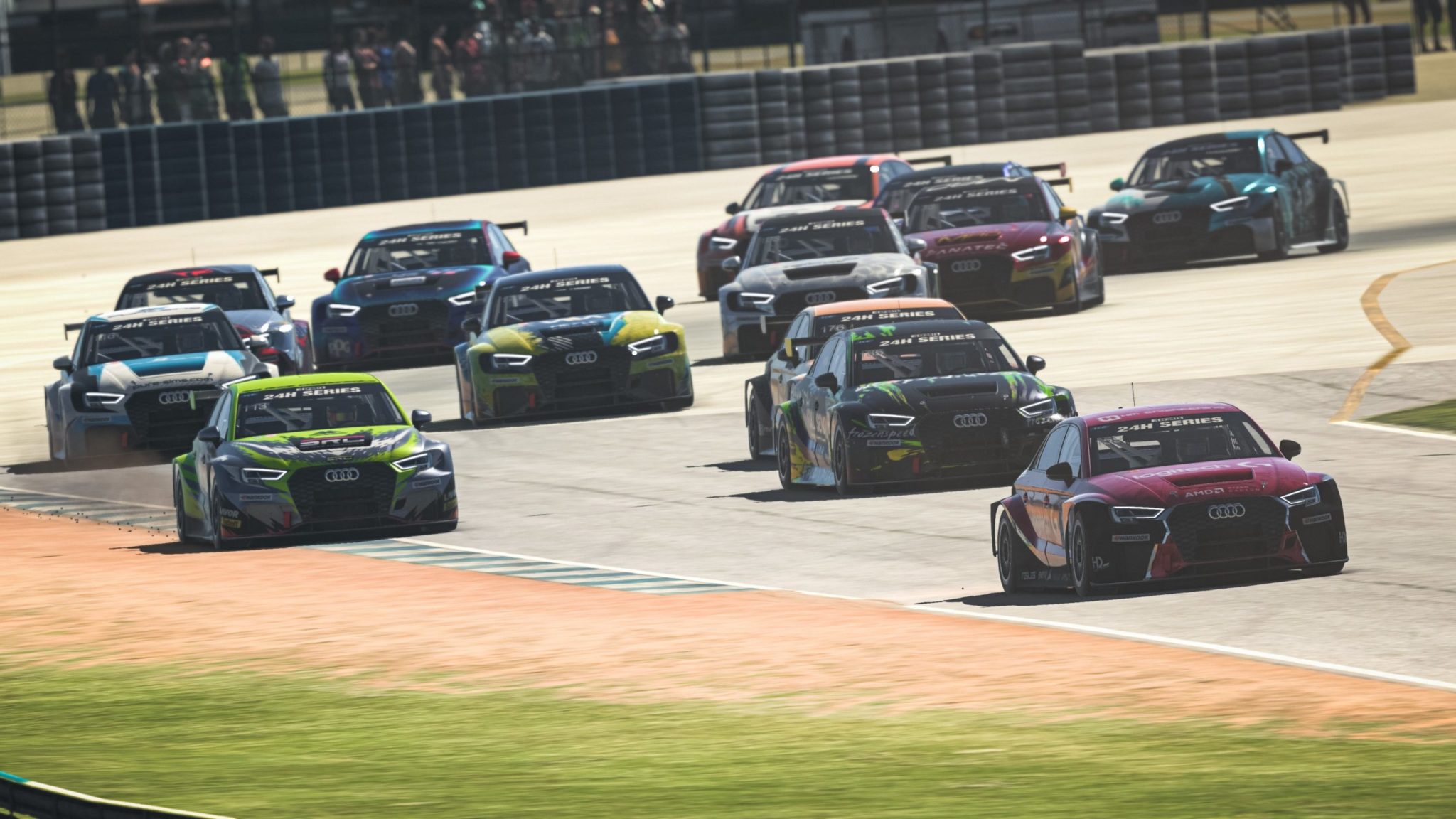 Marcel Jochheim was ready to start a difficult first stint. Starting from the back of the field and knowing the importance of the traffic on Sebring he tried to move up the field immediately. Soon the Impulse Racing TCR got to know how difficult it was with such a close field on race pace. The first half an hour was very close with the complete field and Marcel Jochheim moved the car up the field a couple of places. Then the traffic arrived, which resulted in some struggles. A bit of unlucky traffic and a small mistake resulted in a close fight with some contact. This resulted in a little incident and 8 seconds lost to the group in front.

With the slipstream lost and the traffic jumping in between the groups of cars the first stint ended in the same position as we started in. Martijn Asschert jumped in for the second stint, which the undercut turned out to pass one car. He showed some good pace, although the setup did not feel as good as in round 1, and the Impulse car moved up to P8. After that, Marcel Jochheim drove a very important consistent second stint. Also saving an important lap of fuel. A bad call in strategy resulted in forgetting to save this lap of fuel in the first and second stint. 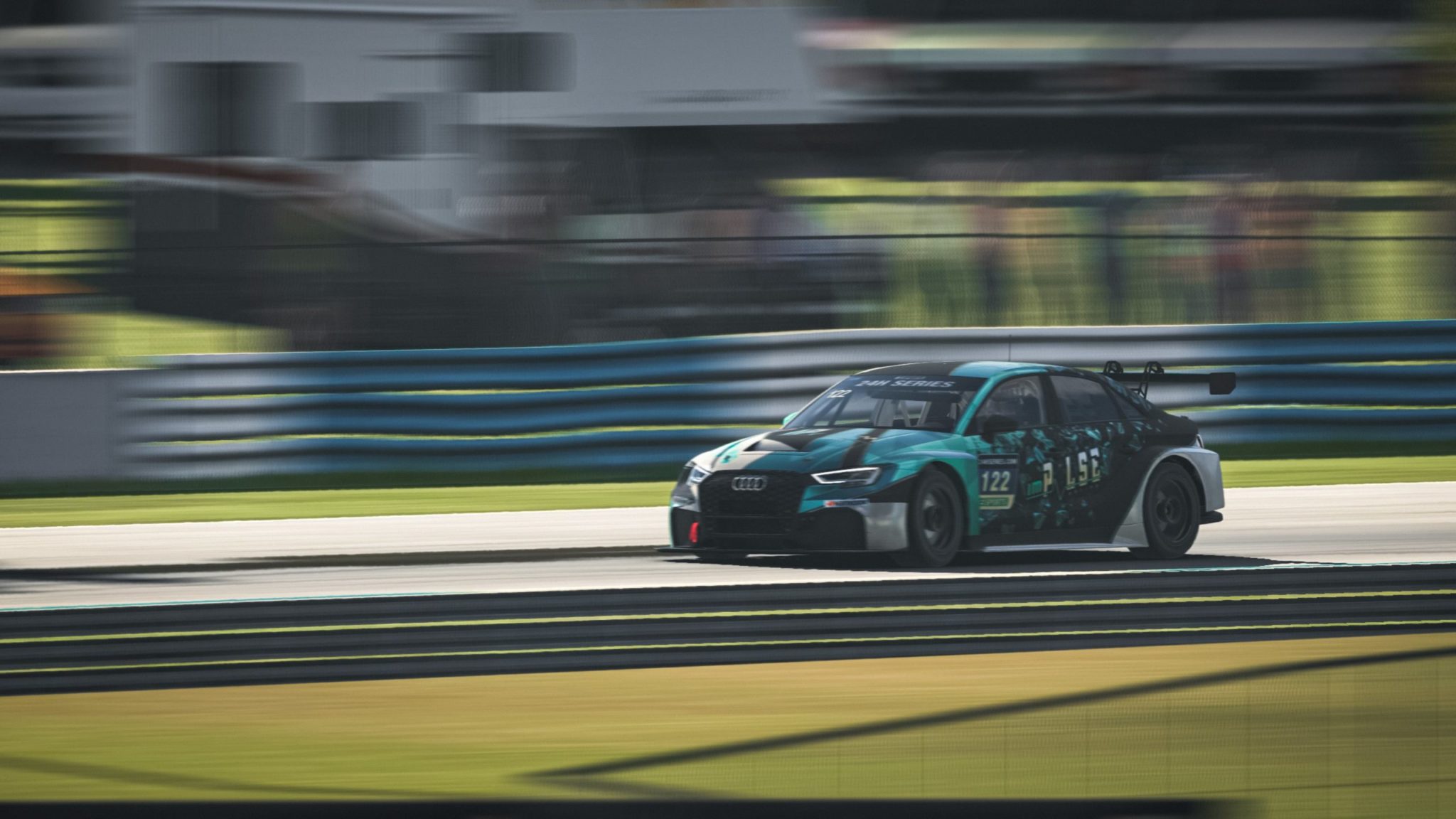 The final stint was for Martijn Asschert again. The same situation arrived as in the third stint. A lap of fuel needed to be saved, with an opponent 2 seconds behind. Martijn Asschert did a good job managing the fuel and keeping the gap exactly around 2 seconds, so the opponent could not benefit from the slipstream. In the end, the Impulse Racing TCR gained another position due to an incident in the front of the field getting a 7th place finish in round 2 of the 24H SERIES ESPORTS championship. With this being a tough and little bit of a disappointing race some very important championship points gained. With 4 rounds to go the Impulse Racing TCR is currently in P6 in the championship.

On the 10th of January, the next round of the 24H SERIES ESPORTS championship takes place at Silverstone with another 6-hour race. For the broadcast of the last race at Sebring see the video below.