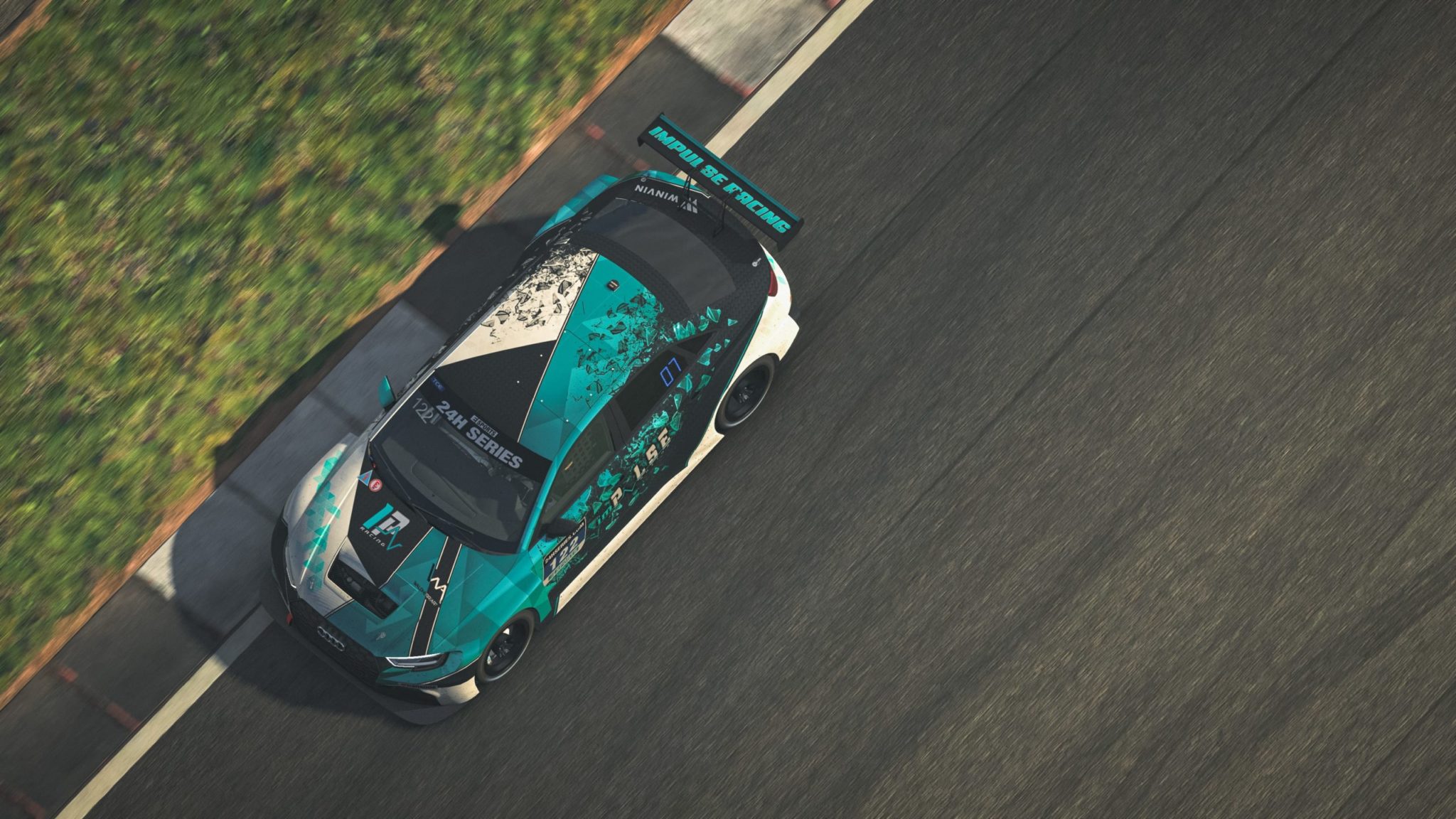 The 15-minute qualifying session was tough. In a very strong field of cars in the 24H Series Esports, one or two-tenths turned can make the difference for the back and the front of the field. From the two drivers of this race, Martijn Asschert and Kevin Weinreich, Martijn was the driver put in for qualification. On the optimum laps for tire temps, the Impulse Racing TCR car was mixed up in a little train. With one of the cars trying to overtake our TCR car no optimum lap could be put in. This resulted in a midfield starting position when the front of the pack should have been possible. 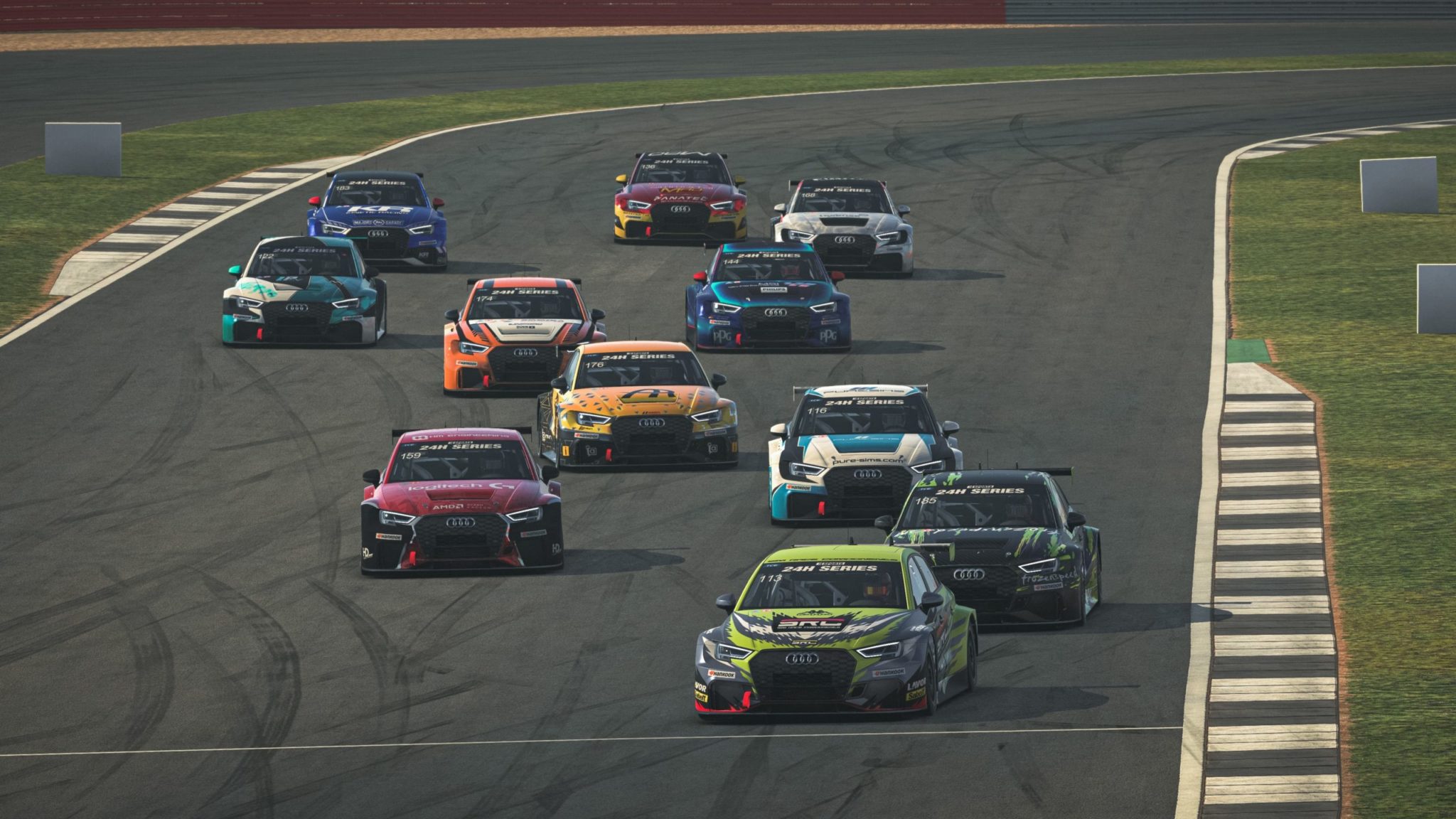 Strong race start and close fighting throughout the race!

The first and third stint of the race, Martijn Asschert drove the car, where Kevin Weinreich was driving the second and final stint. Martijn Asschert put in a very strong race start. Although losing the front 4 cars of the pack, he gained two places immediately and keeping up the pace until the end of these demanding 1,5-hour stints. In the end, the MSI Esports car was a bit better on the tires, gaining the position on the Impulse TCR car just before the pitstop.

After the first stop, Kevin Weinreich was close to the SIMMSA TCR car. Unlucky traffic resulted in both cars in each other slipstream. The fight with MSI Esports and SIMMSA would go for the full 4,5 hours remaining in the race, with Martijn and Kevin having some close strong fights. Due to Kevin being behind another car, he decided to fuel save as much as possible. Using the undercut strategy, they gained a position in the pitlane.

Martijn Asschert thereafter showed one of his strongest stints yet in this championship. In the first stint the MSI Esports driver showing a bit more pace, this stint Martijn was able to lose the SIMMSA car, gaining on and sticking onto the rear of the MSI Esports driver. He decided to go for the fuel save strategy, giving Kevin Weinreich the final stint to try and get the car into the top 5. Important to be told, that this fight was for a top 5 result the whole race. After the final pitstop, the strategy showed to work. Kevin Weinreich started his last stint in a net 5th place. 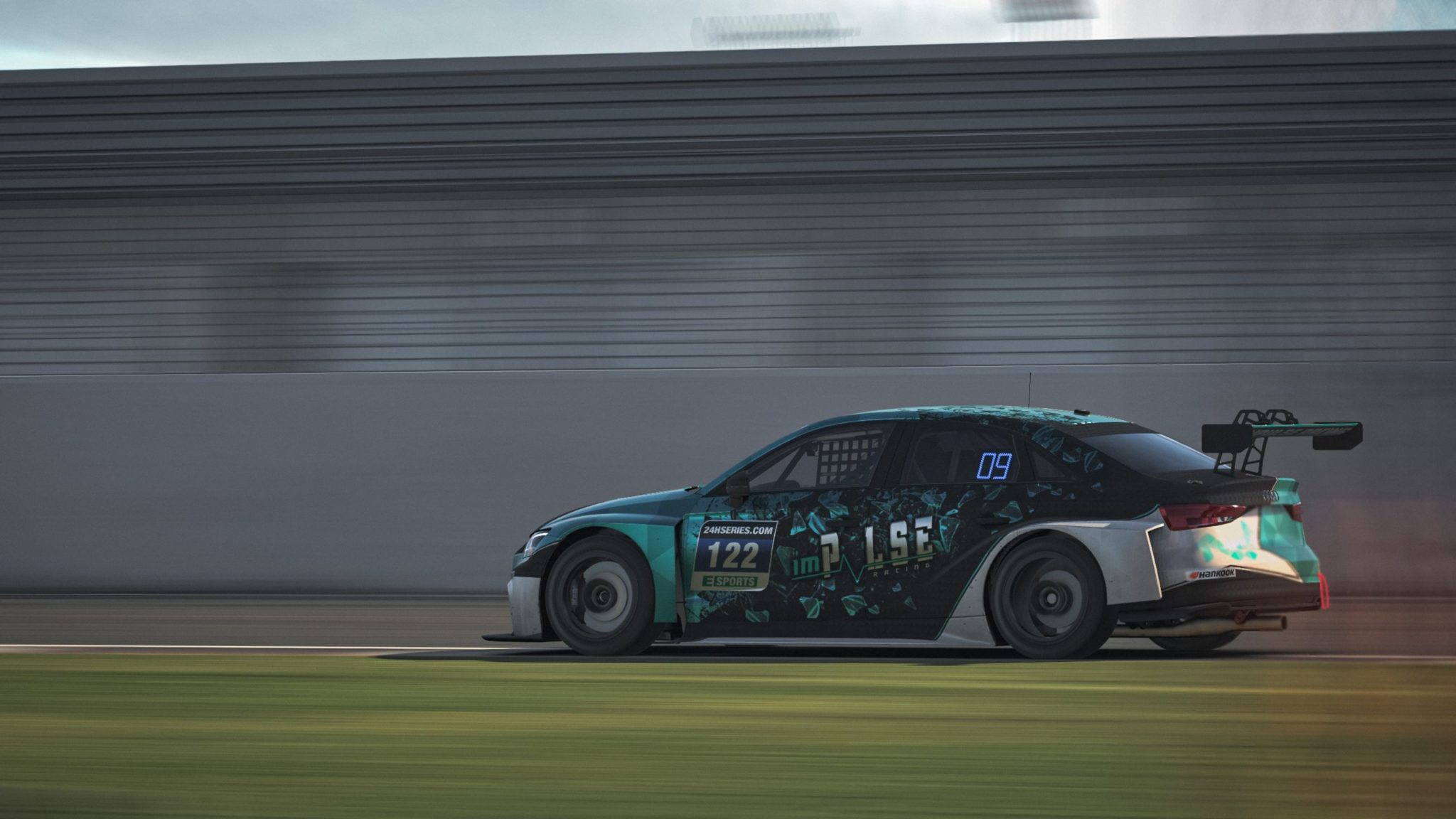 Showing good enough pace to hold this position and knowing the setup was stronger at the end of the stint, Kevin Weinreich got a touch from the competition 1 hour before the chequered flag. This resulted in a 10-second gap between the SIMMSA and MSI Esports cars. In the meantime, both cars got a 10-second penalty. The job to do was to get within 10 seconds of both cars in front to have a 5th place finish. Unfortunately, Kevin Weinreich was just not able to get back into the needed time gap of 10 seconds missing out on 5 seconds. So, after 6 hours of intense racing 5 seconds made a difference in finishing P5 instead of the result in 7th place. This shows again how strong and demanding this championship is. Nevertheless, with 3 rounds to go the Impulse Racing TCR keeps P6 in the championship.

On the 14th of February, the next round of the 24H SERIES ESPORTS championship takes place at Monza with another 6-hour race. For the broadcast of the last race at Silverstone see the video below.