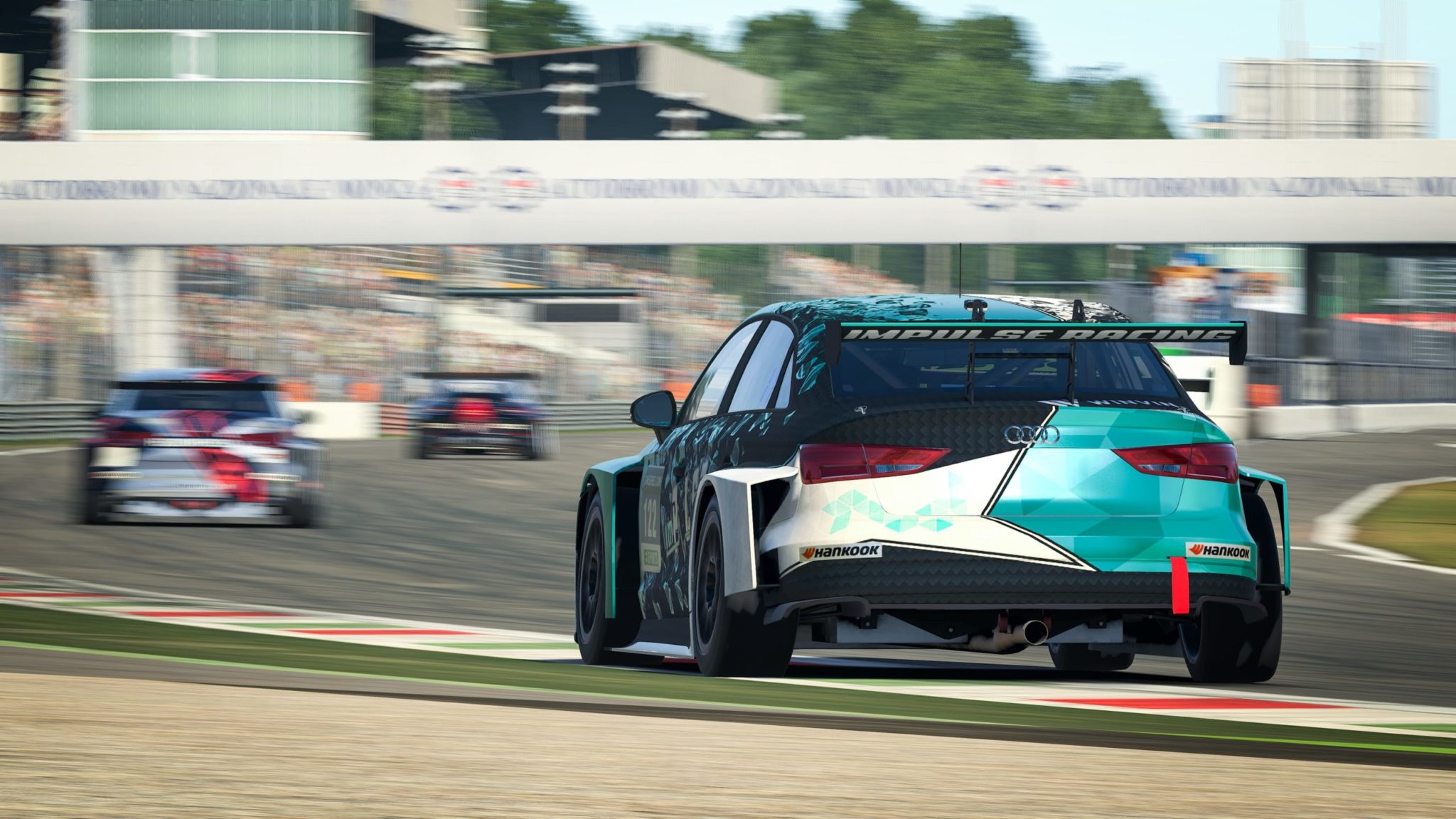 On the 14th of February, the 24H SERIES ESPORTS round 4 took place. The 6-hour race took place at Autodromo Nazionale Monza. The Autodromo Nazionale di Monza is a historic race track near the city of Monza, north of Milan, in Italy. Built-in 1922, it is the world's third purpose-built motor racing circuit after those of Brooklands and Indianapolis. The circuit's biggest event is the Italian Grand Prix. With the exception of 1980 running, the race is hosted there since 1949.

The 15-minute qualifying session was unlucky for Impulse Racing. Coming to Monza, everyone knows slipstream is essential. Kevin Weinreich qualified the car. Martijn Asschert helped as the second driver in the race. Qualifying didn’t go as expected. As always, it is busy on one part of the track. All the TCR cars try to line up for slipstream, having minor troubles in dirty air. With a car in front of Kevin almost spinning out, Kevin was not able to do a good lap in slipstream in qualifying. Although Kevin performed very well with his qualifying laps, the half a second slipstream the other teams got resulted in a qualifying position at the back. With the possible fuel-saving strategy this was not a big problem starting the race, so both drivers were motivated to move up the field during the race! 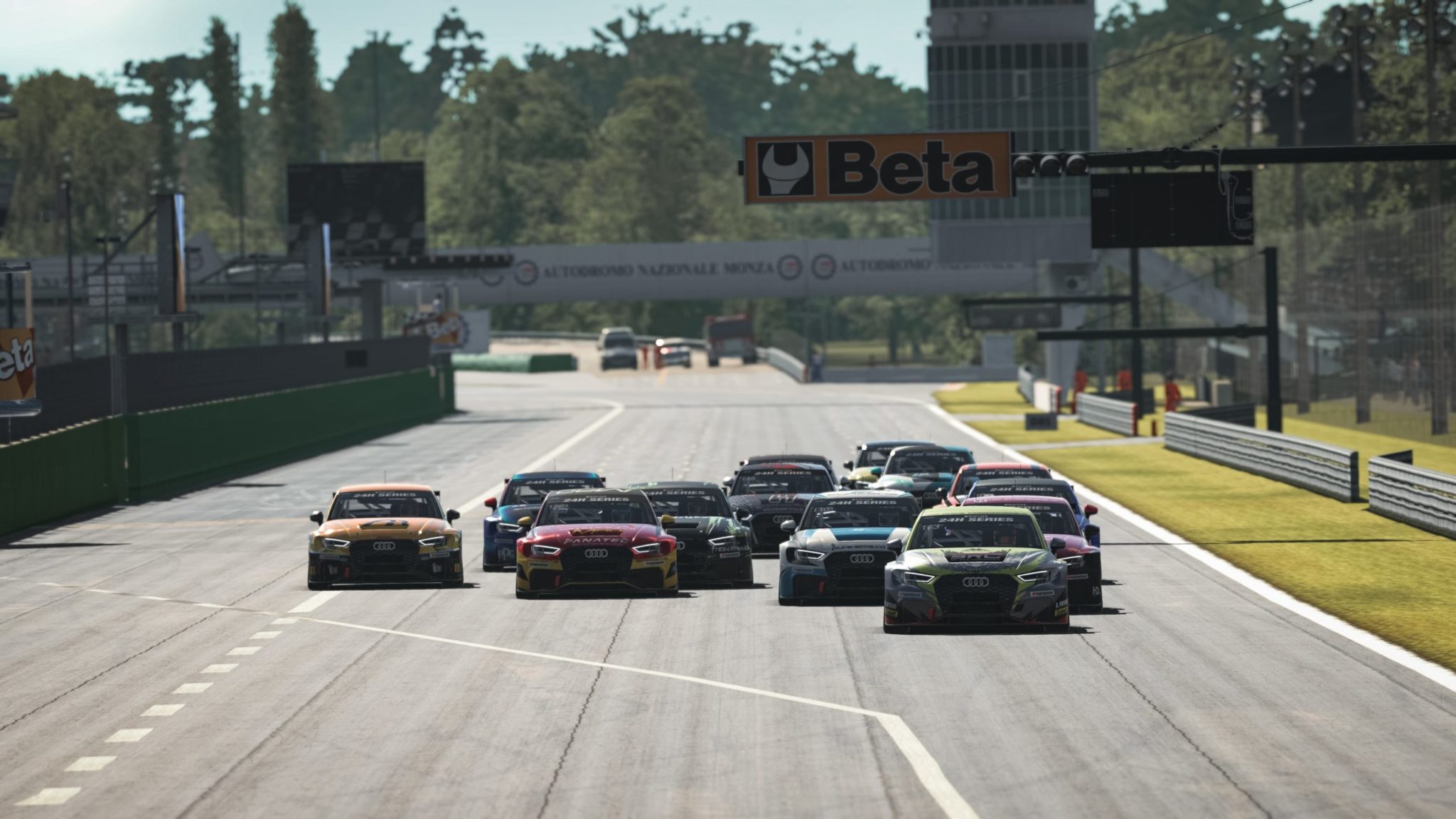 Collision with a GT3 gives Impulse Racing a tough race

In the first and third stint, Kevin Weinreich drove the car, where Martijn Asschert drove the second and final stint. Kevin Weinreich's start from the back was tough but he kept the car safe and sound in the first laps getting into the rhythm. Quickly the comfortable start changed in a bad situation because a GT3 tried to go around the outside of the Impulse Racing TCR in turn 2. During the second wave of the quicker car class traffic, this resulted in a collision. The Impulse Racing car crashed with the front into the wall resulting in damage. Still, it was possible to continue and finish the first stint.

This was not the only collision in the first stint. Around 10 laps later, Kevin Weinreich got pushed on the grass on the entry of the Lesbo 2 and went into a slide colliding with a Porsche Cup car. Although the car was still decent and Kevin Weinreich showed some good pace with a damaged car, all the signs were there this was going to be a very hard race. The race continued with straight-line damage on a track where you need it the most. 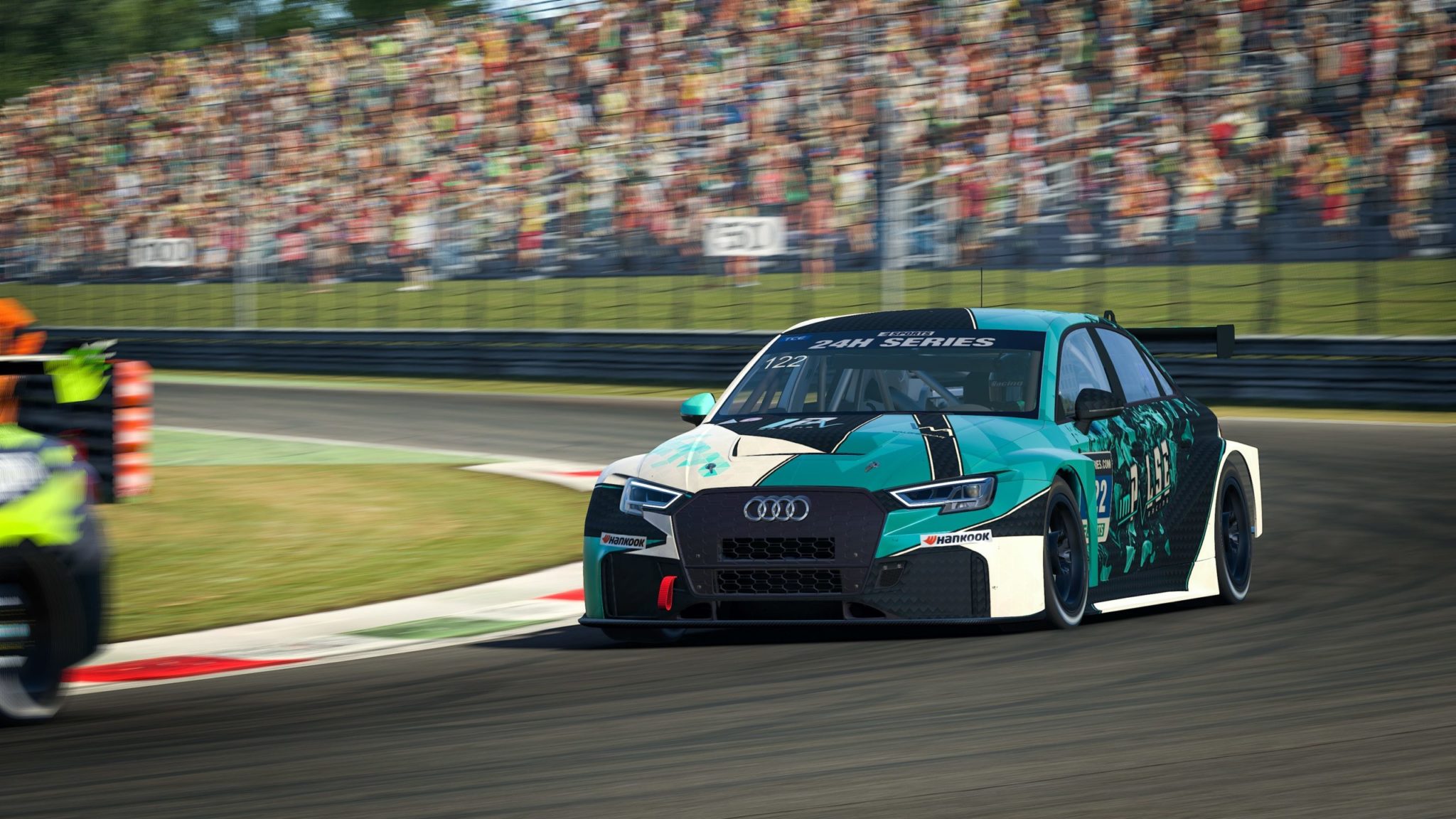 In the final 3 stints, Martijn Asschert and Kevin Weinreich showed some strong motivation to make the best from it. After some optional repairs, the car was not too bad and they moved up from P12 to P8. With 2 hours to go, there was only a 15-second gap to P5.  After this, bad luck for the Impulse Racing TCR again. The damaged car was prone to floor damage. As a result of the curbs, the car lost more straight-line speed. This limited the lap time of the car so much, that the possibility to move up the field dissapeared. In the end, our TCR could still defend 8th place and with that finished in 8th position. Hopefully, in the next race in Barcelona, luck turns around and they can go for a good result. The potential is there!

On the 21st of March, the next round of the 24H SERIES ESPORTS championship takes place in Barcelona with another 6-hour race. For the broadcast of the last race at Monza see the broadcast below.