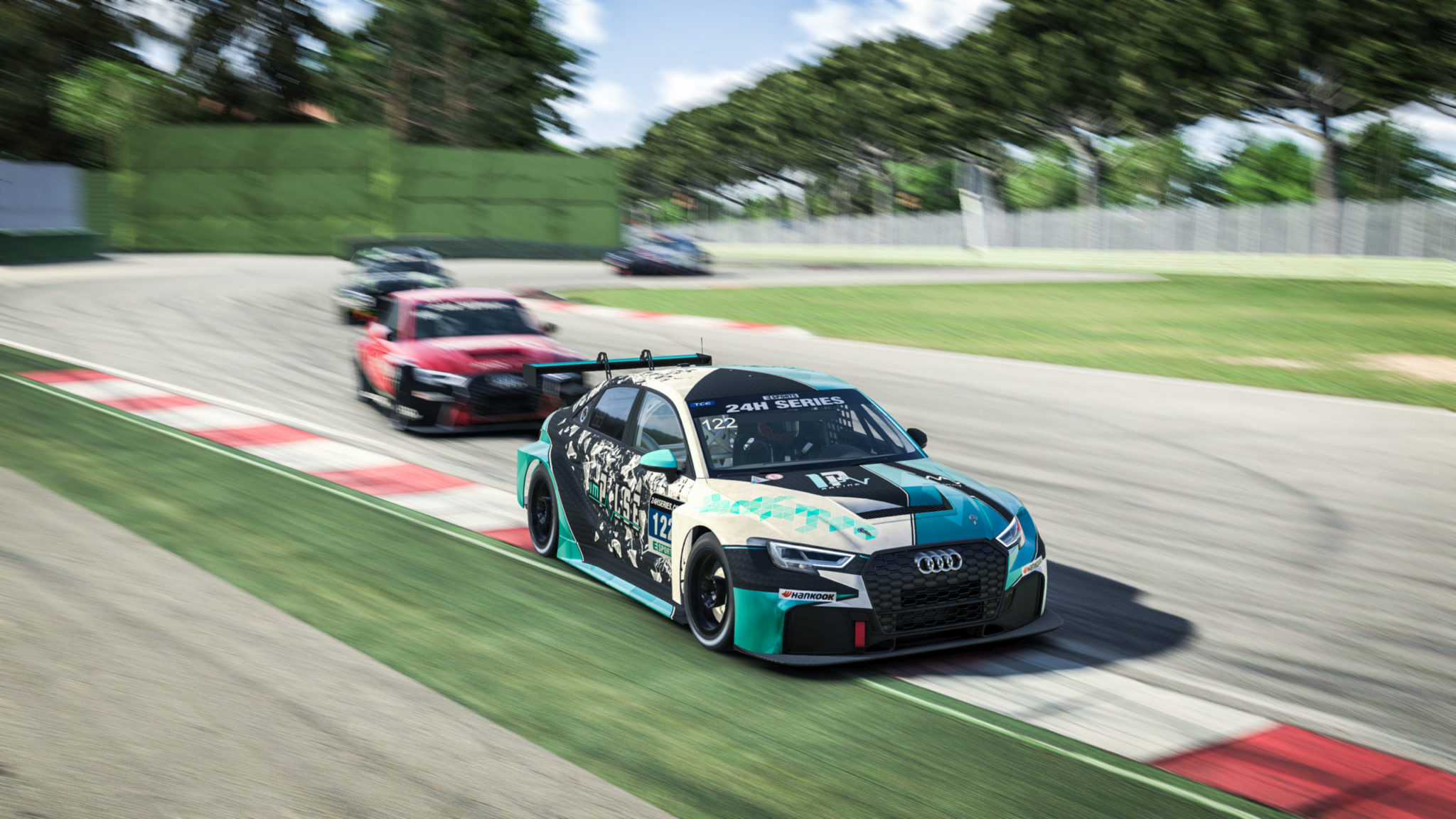 Top 5 finish at the opening round of the 24H SERIES ESPORTS!

After the successful pre-qualifying, the Audi TCR car of Impulse Racing was ready to jump into the season opener of the 24H SERIES ESPORTS. The first track of the season is Autodromo Enzo e Dino Ferrari or as most people call it: Imola. It is one of the few major international circuits to run in an anti-clockwise direction. The circuit is named after Ferrari's late founder, Enzo Ferrari, and his son, Alfredo Ferrari, who passed away in 1956 at age 24.

The driver line up in the 24H SERIES ESPORTS is at top class level. In other words, a very exciting challenge for our TCR drivers to try and match up with the pace of the top teams over the season. For the first race, our driver line up existed of Martijn Asschert, Marcel Jochheim and Andreas Gillmann. 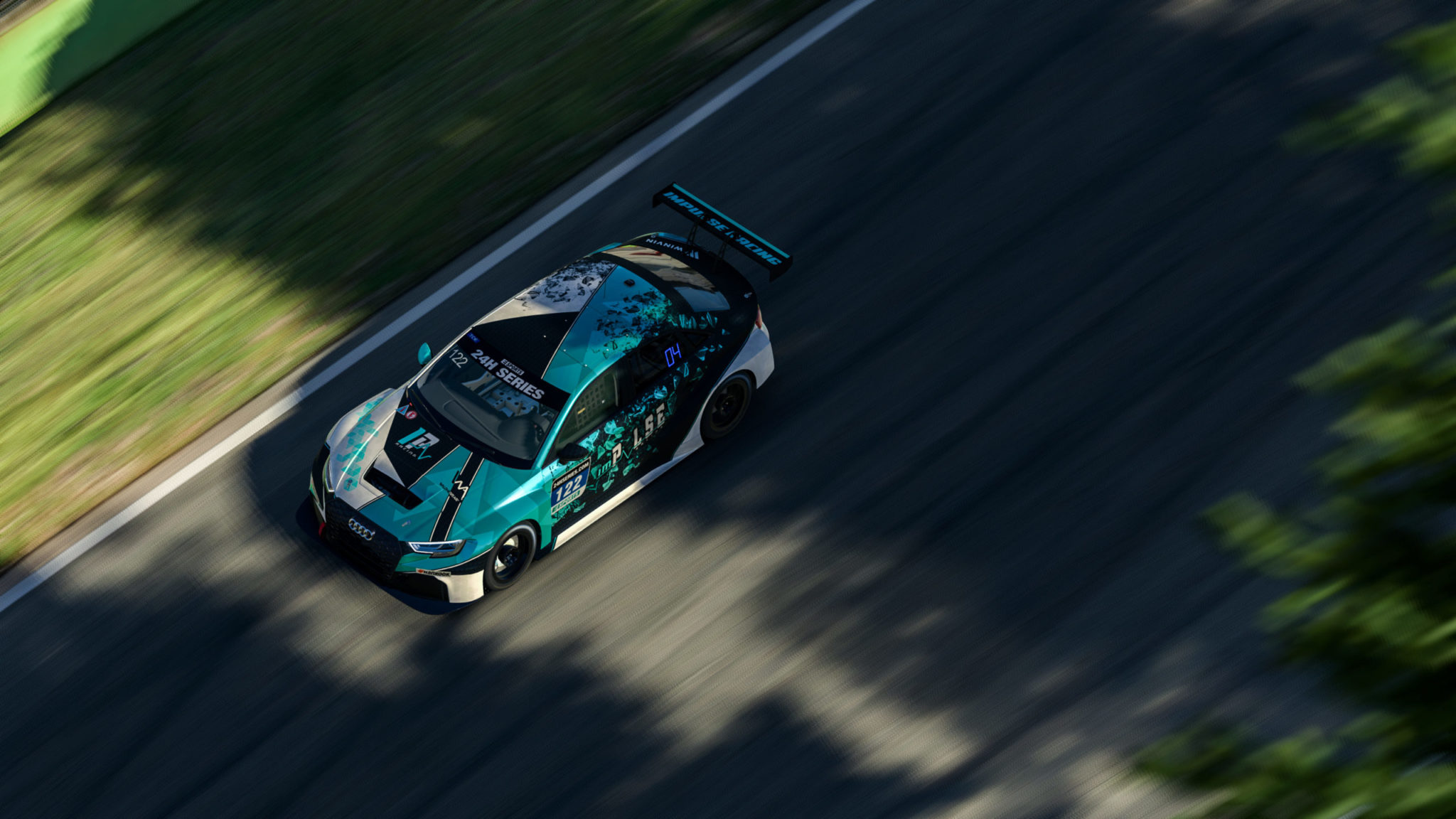 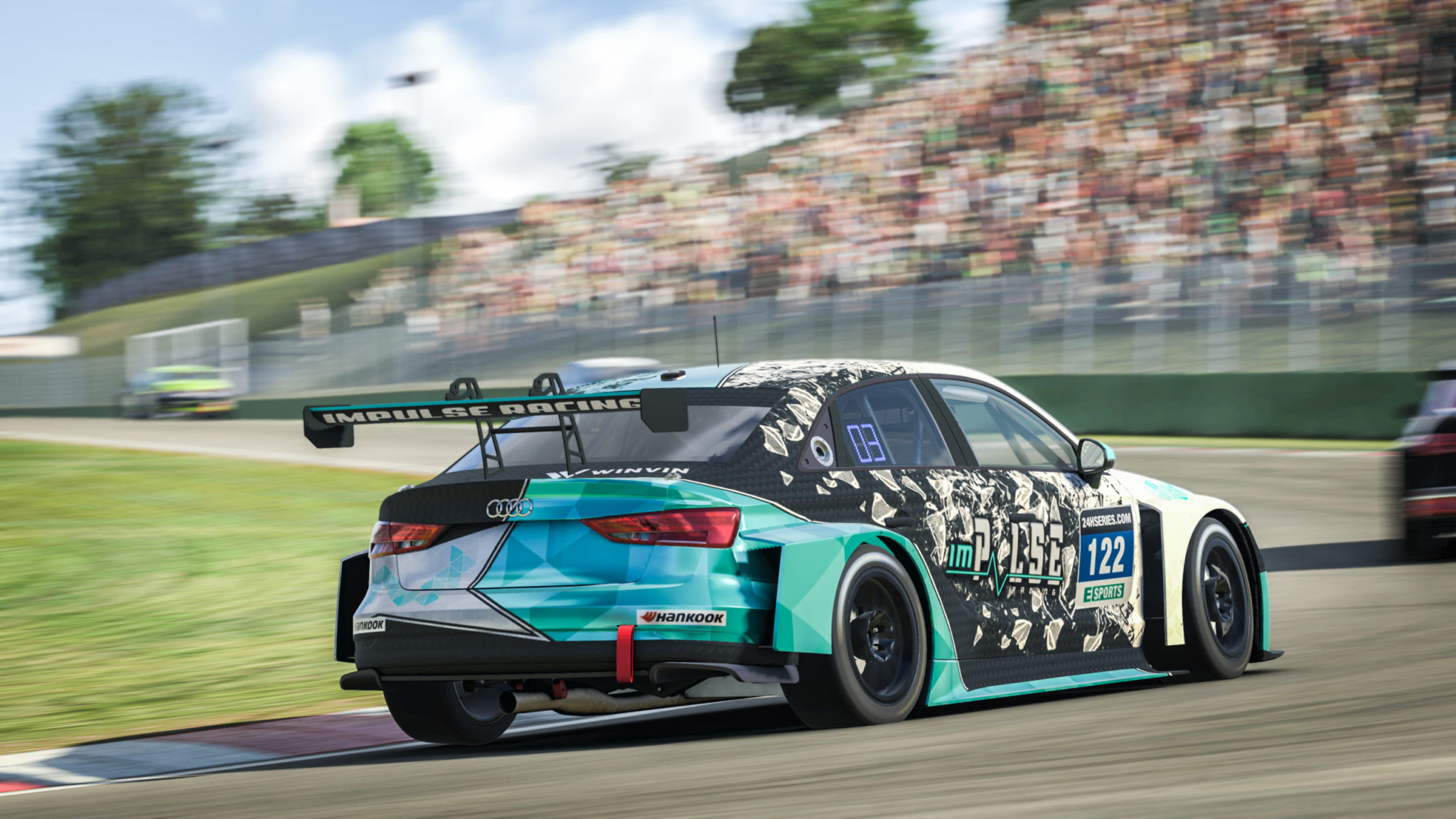 Room for improvements in qualifying

For the first time this season, the TCR field went on track to try and get the most optimum lap time within the 15-minute timeslot available. Nevertheless, Martijn Asschert was not totally happy with his qualifying performance, driving a couple of tenths above his potential. To give an overview on the qualifying results, the difference between P2 and P7 was only about one tenth of a second. In conclusion, the Impulse Racing TCR got in front of all the estimated slower cars on race pace at P8. Thereby, there was definitely a possibility to move up the field a little bit.

With Martijn Asschert behind the wheel the first race of the season started. It was a nice and clean start and our TCR was following the cars in front comfortably. Without any big incidents the first 10 laps past and the field was close together. But when the traffic started the Impulse Racing TCR had some difficult situations, which made them lose the slip stream to the cars in front. Being P8 the Heusinkveld team in front had contact with a Porsche Cup car and one position for our TCR was gained. Nevertheless, as these situations created a 5 second gap to the cars in front and the important slipstream was lost. At the end of the stint, which is one and a half hours in the TCR car in this series, the gap to the front runner of the field was about 15 seconds. 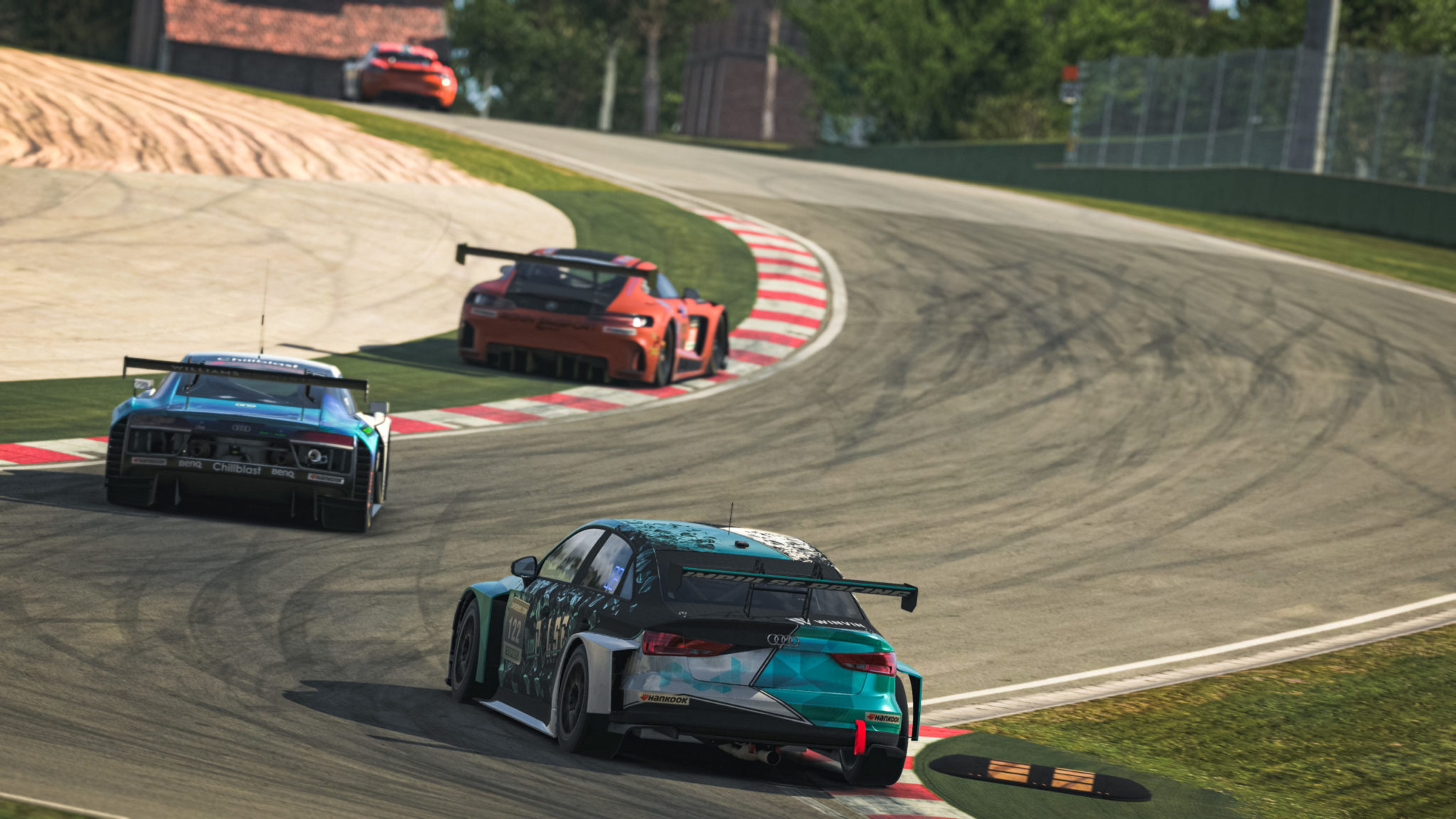 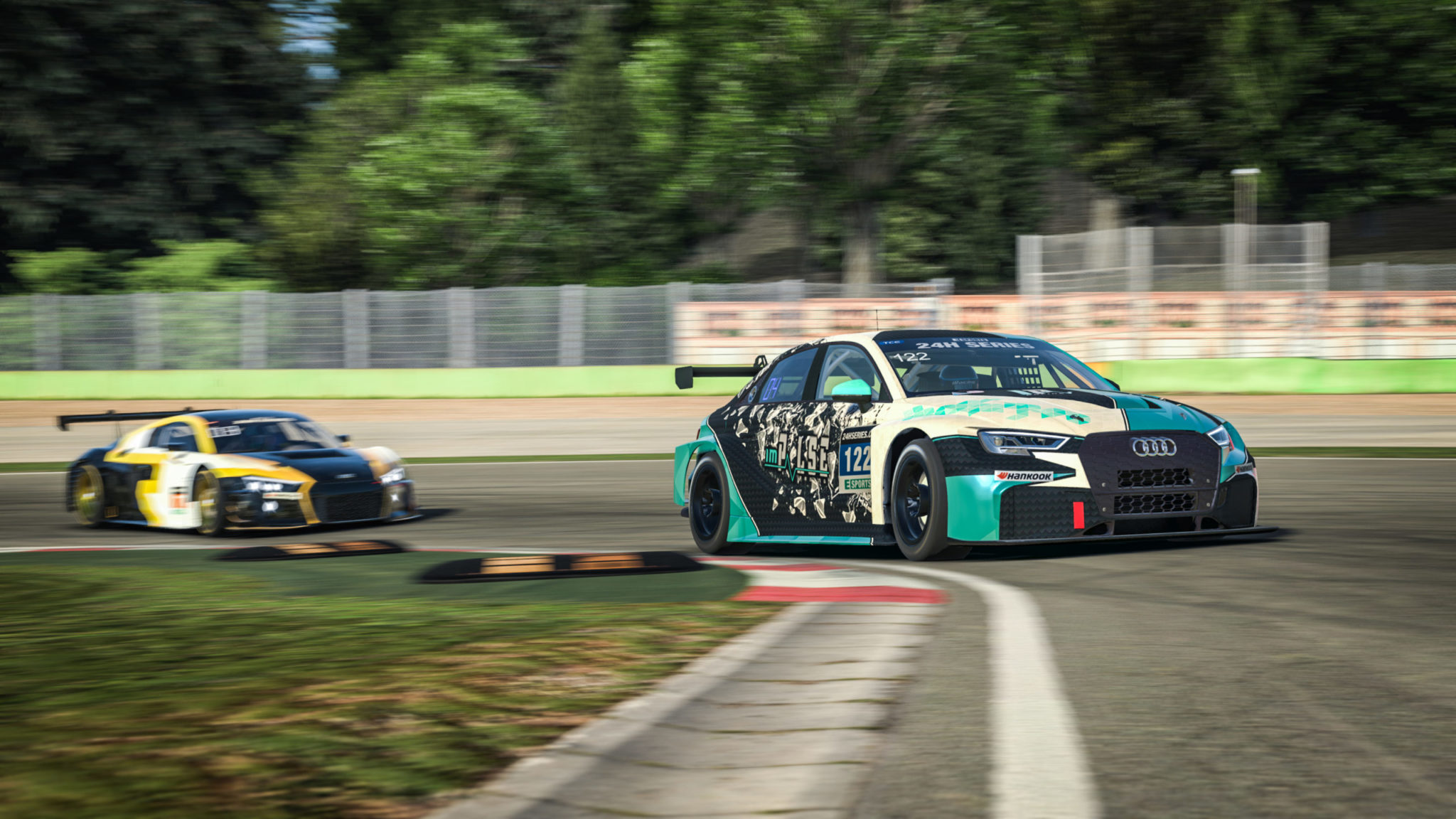 During the second and third stint Andreas Gillman and Marcel Jochheim were driving the car respectively. Both had a strong safe stint and also proved to be fast and comfortable in traffic. Although the pace did not turn out to match the top of the field yet, still both drivers moved the TCR up the field with two positions. Nevertheless, looking at the strength of the field both drivers optimized their performance and therefore can be very happy. Most importantly, there is still a long season to try and close the gap to the top teams.

Starting the final stint in the race with the Impulse Racing TCR in a fifth position, it was up to Martijn Asschert to bring the car home. Marcel Jochheim and Andreas Gillman made sure there was a comfortable gab behind. After that, Martijn Asschert showed his pace, even increasing the gap, bringing the car home with a top 5 classification in the season opening race.

Meanwhile, the drivers really looking forward to the next races of the season. With a total of 6 rounds, there is still a lot of racing to come. So join us next time for the 6 hours of Sebring at the 29th of November.

Below you can find the broadcast of the race: