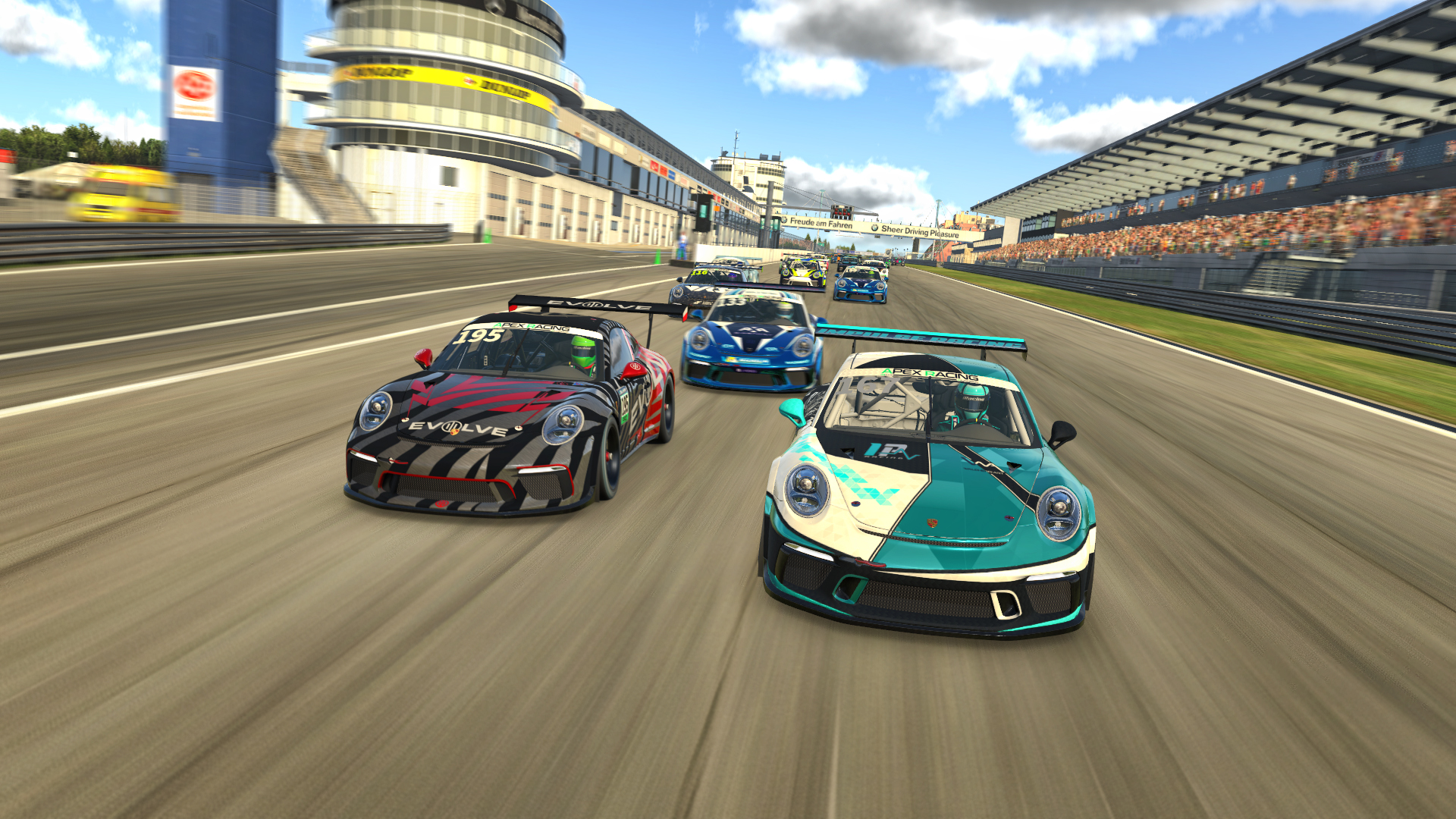 2nd Round at Nürburgring with another Podium

Before the 3rd race of the Apex Racing Academy Porsche Cup Season starts tomorrow (Wednesday), we would like to take a brief look back at Nürburgring.

In their home race, both drivers showed again in the sprint race that they are a force to be reckoned with this season.
Pascal took pole position in qualifying ahead of EVOLVE Racing driver Kamil Grabowski. Max Kessler, on the other hand, could only place his car in the front midfield on 17th position.

Surprisingly, the sprint race was still quite accident-free. Kamil won the direct battle at the start with Pascal and did not let himself take this place away. Pascal Costa finished the race on the 2nd place. For him, after Max in Long Beach, also the first podium place.
As already mentioned, Max did not get beyond 17th place. But his pace was good enough. So Max gained one of his opponents one by one. With a strong performance he made up to 10 places in this race and collected 40 important points for the championship in 7th place. 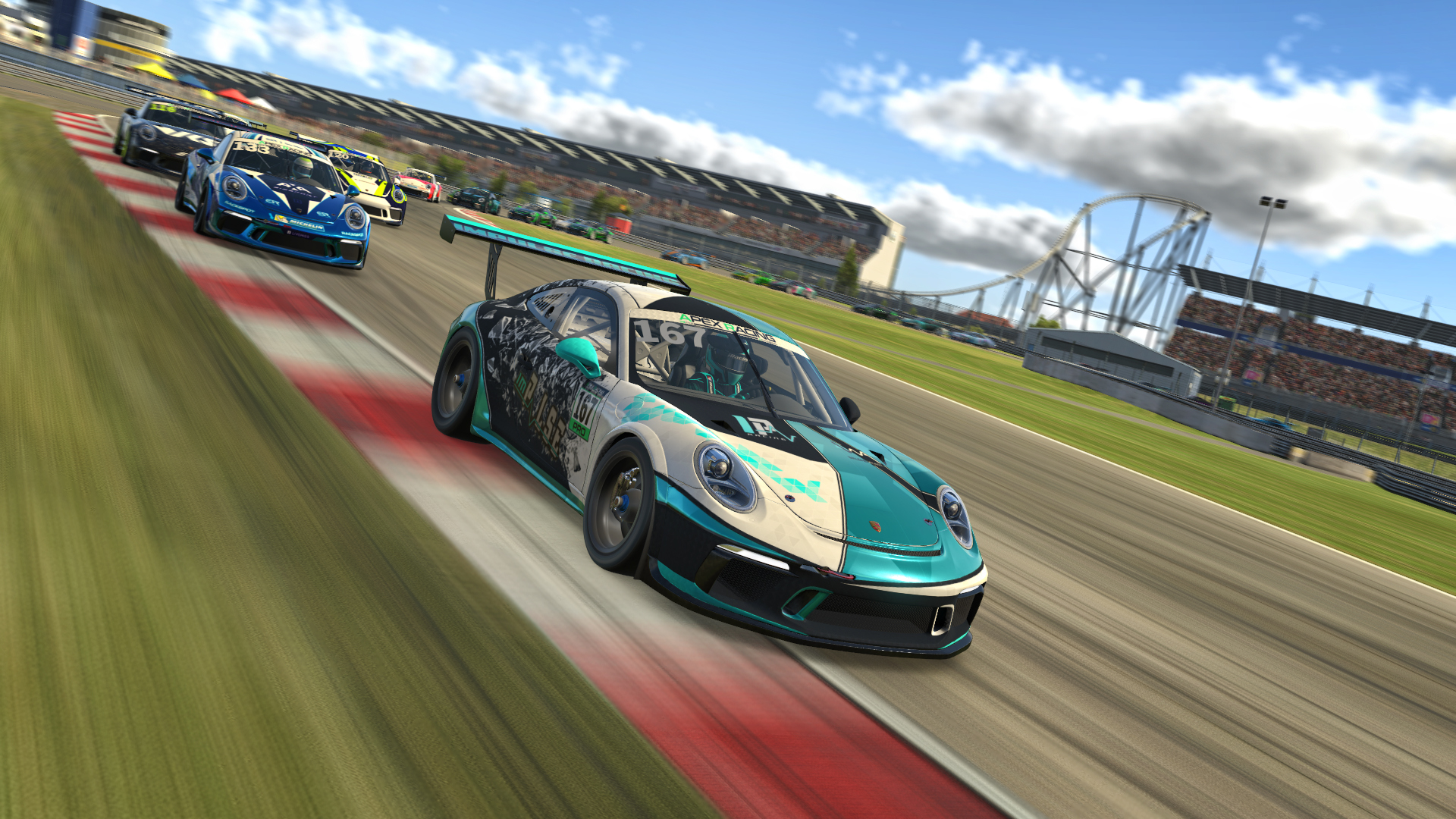 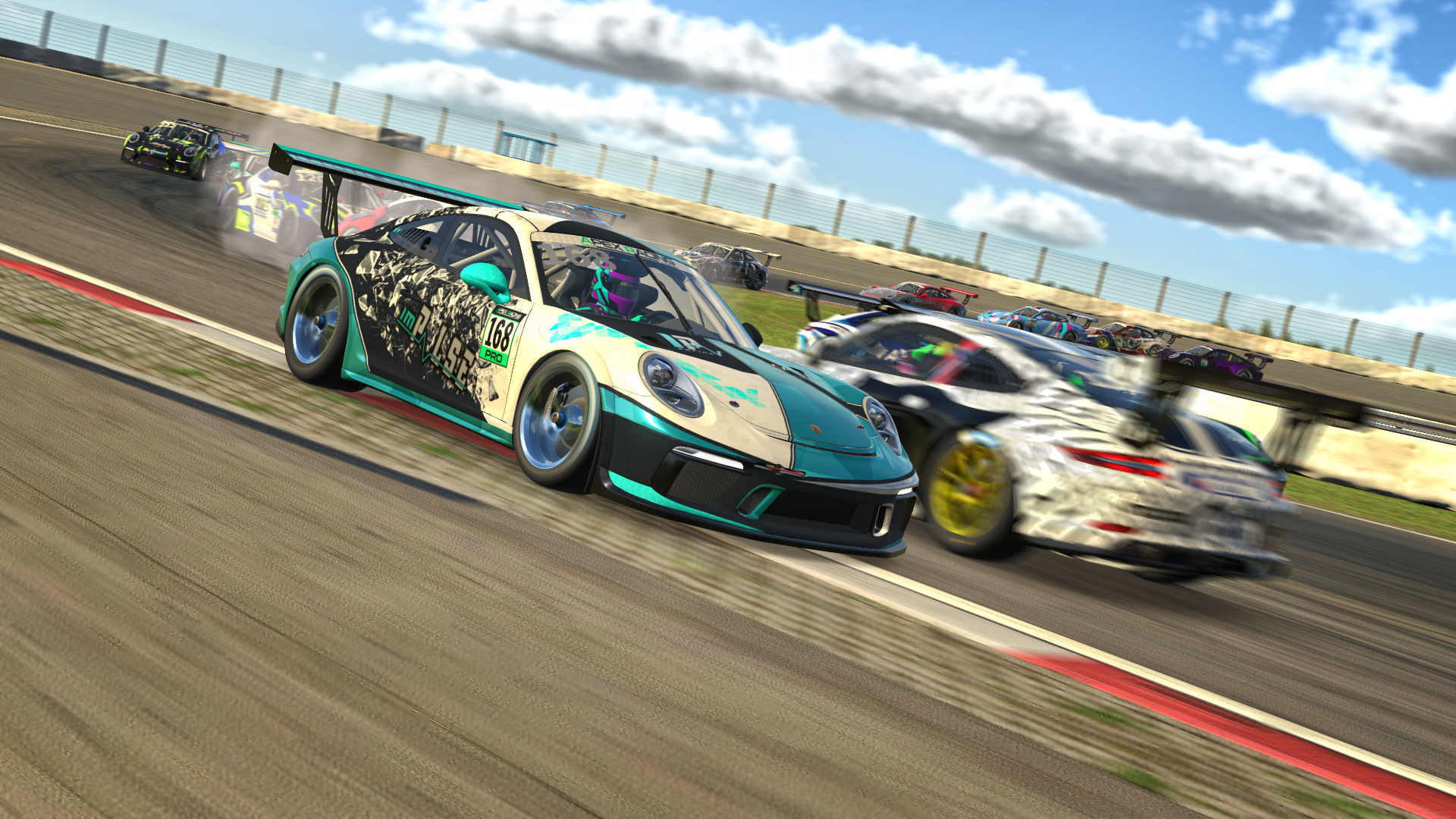 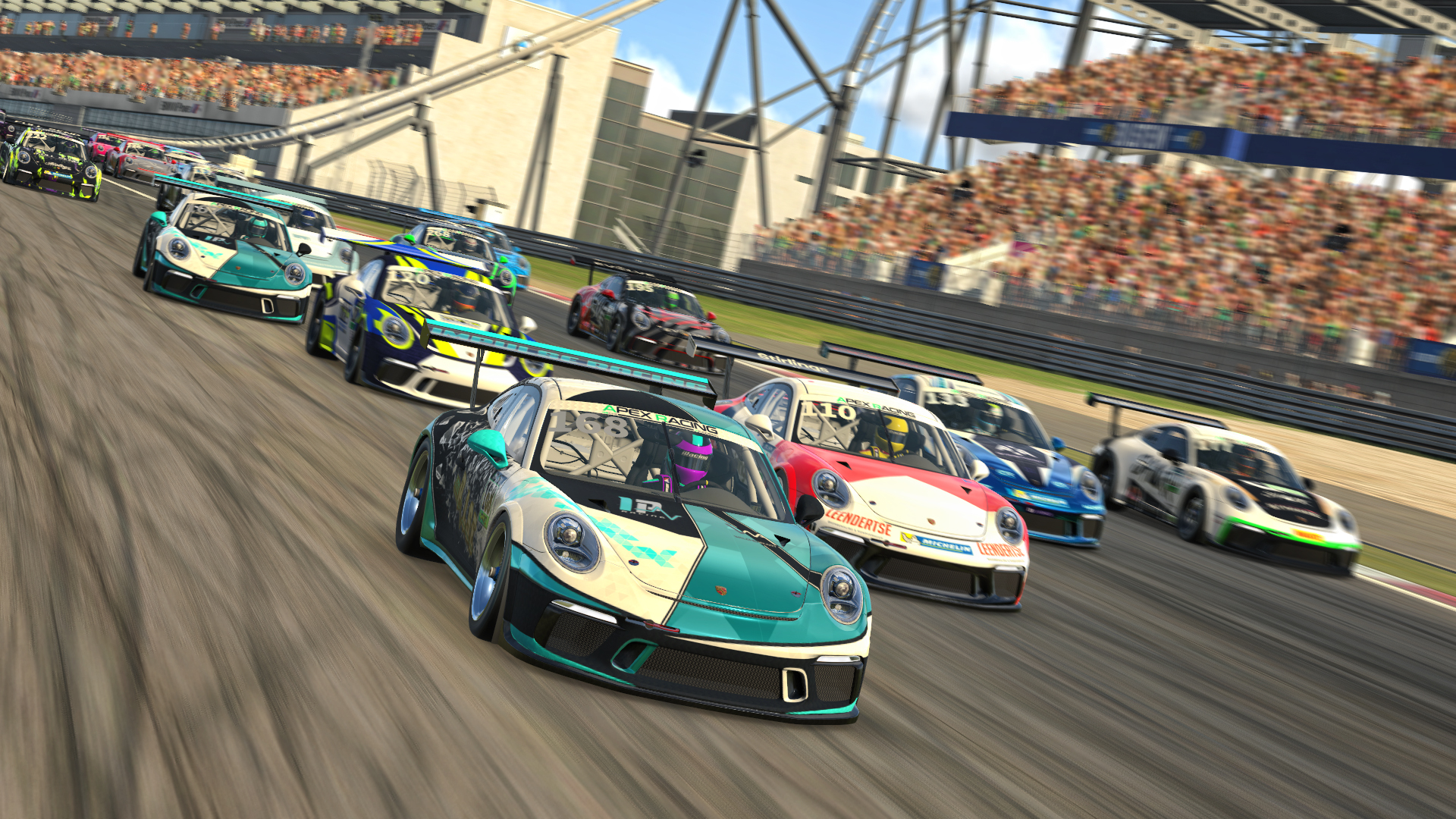 Heavy impact in the first Lap

At the Nürburgring this time the first 13 places from the sprint race were reversed.
In contrast to the first race, this race is expected to be one of the most accident-prone of the season. The Dutchman Niels Langeveld did not manage to brake his Porsche Cup sufficiently in time in the last narrow chicane and drove with full force into the rear of Max, who spun as a result.
A chain reaction followed. Max got away luckily in this collision. With a slightly dented rear and front he finished the race in 6th place.

For Pascal it went after good start by the crash only once again a few places to the rear. But like last week, he was able to fight back one place after the other. Among them was a respectable battle with the Dane and last season's champion Nick Madsen. Only 2 places behind Max, Pascal crossed the finish line in 8th place.