Impulse Racing is pleased to announce a further addition to the Prototype!
The 34-year-old Brazilian Ricardo Orozco will officially drive for iPR from now on.

In the last weeks Ricardo drove the first weeks of the Sports Car Open with Impulse Racing in the LMP2. A good relationship has developed, which convinced us to sign Ricardo.
The Brazilian has been racing in iRacing since the end of 2012 and has already gained a lot of experience.
Most recently, Ricardo drove a lot of LMP1 (including in the Sports Car Open) and Formula 1. Ricardo became a pro in the iWCGPS (iRacing World Championship Grand Prix Series) in 2018 with the F1 car on the service.

I'm very excited about joining iPR! They are a fast track growing team that is doing so through shear love and passion for sim racing. It was clear in working with them that the potential is enormous. The dedication and team environment are really a driving force and I look forward to help the team in its journey.

We are looking forward to the further cooperation with Ricardo! 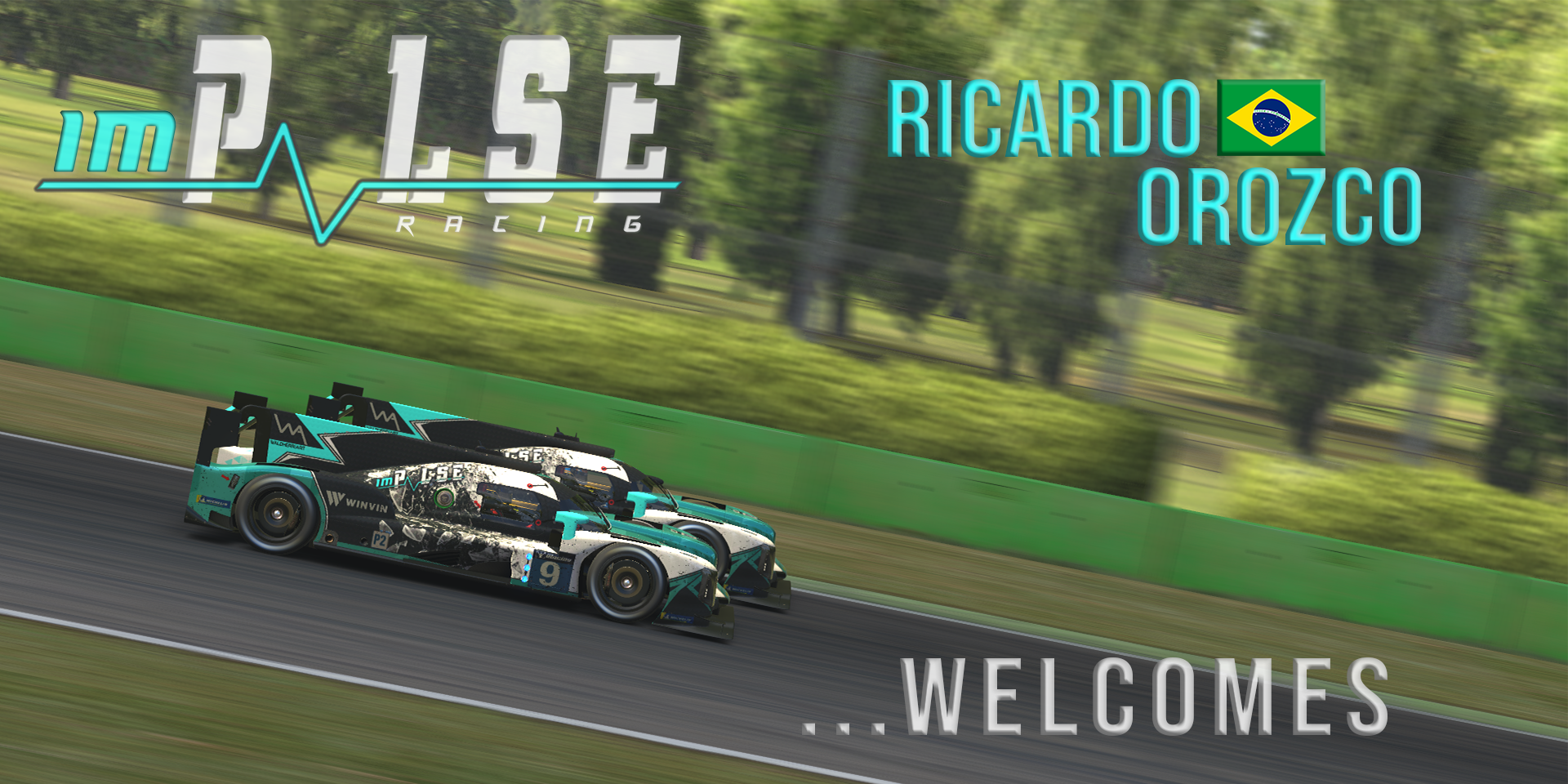