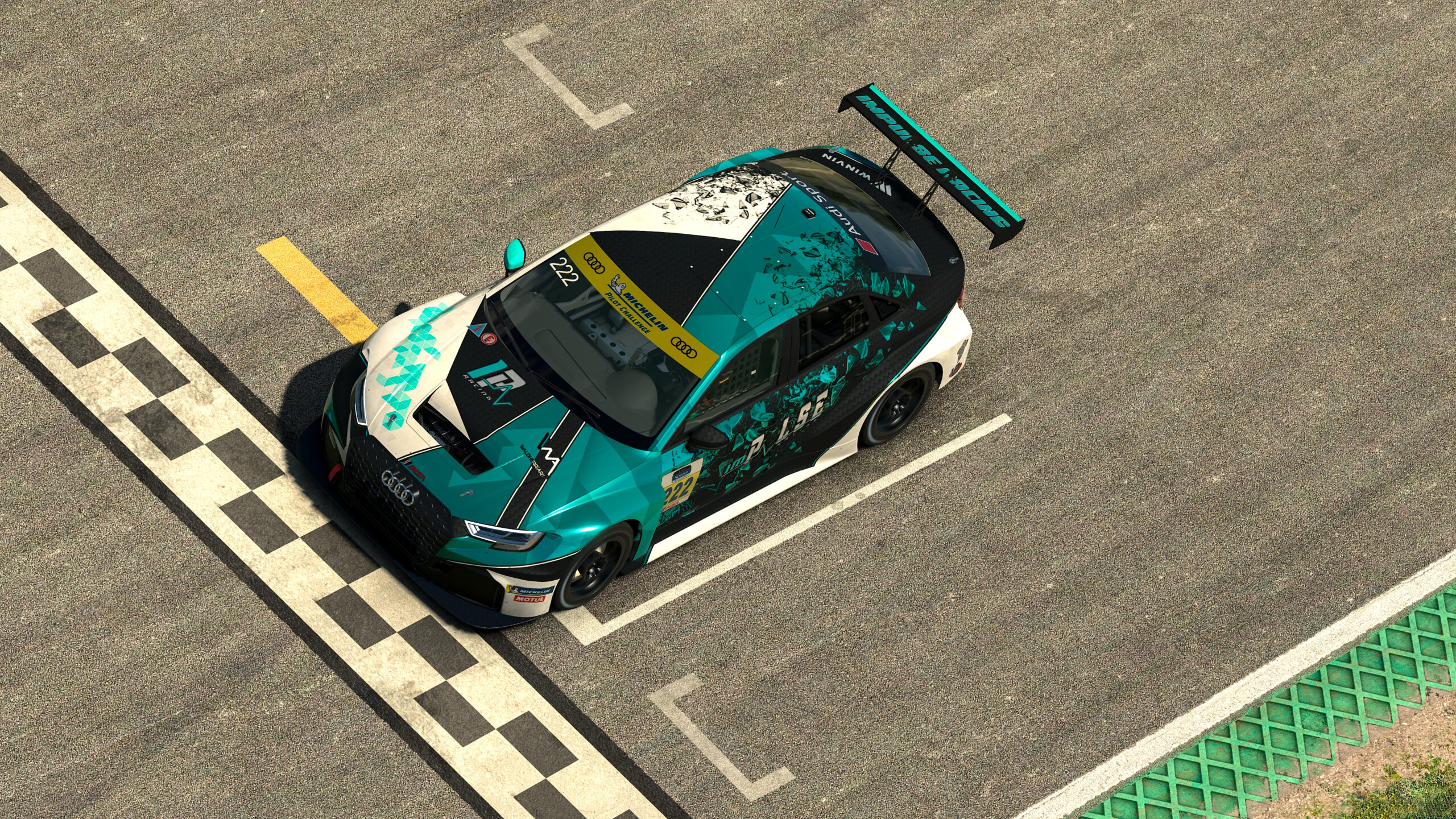 Impulse racing, for the first time, brought 2 TCR endurance cars to the race. Besides the TCR cars, one GT3 car also participated. Number #222 TCR driven with Chris Shorter for his debut on the car as a full member of Impulse Racing, alongside Martijn Asschert and Kevin Weinreich. The #122 TCR also with a very strong line-up consisting of Tim de Vries, Christopher Emms and Mattias Magnusson. Last but not least a the GT3 with a full German line-up. Nico Weber, Michael Drechsler and Marco Jager participated in that GT3 car.

Front of the pack qualifying for the TCR cars, GT3 starting from the back.

Consisting of qualifying with only 2 flying laps no room for error available. This turned out to be harsh on our GT3 car. No perfect laps, which means a starting position from the back of the GT3 field. With 12 hours of racing to go more than enough time to make up the positions.

The TCR’s maximized the practice of qualifying laps in advance. Both Martijn Asschert and Christopher Emms close to their PB’s, which put the TCR cars in the front of the pack, 5th and 6th place behind the well-known competition. A good spot to start and drive the first stint well known TCR train to save some fuel. 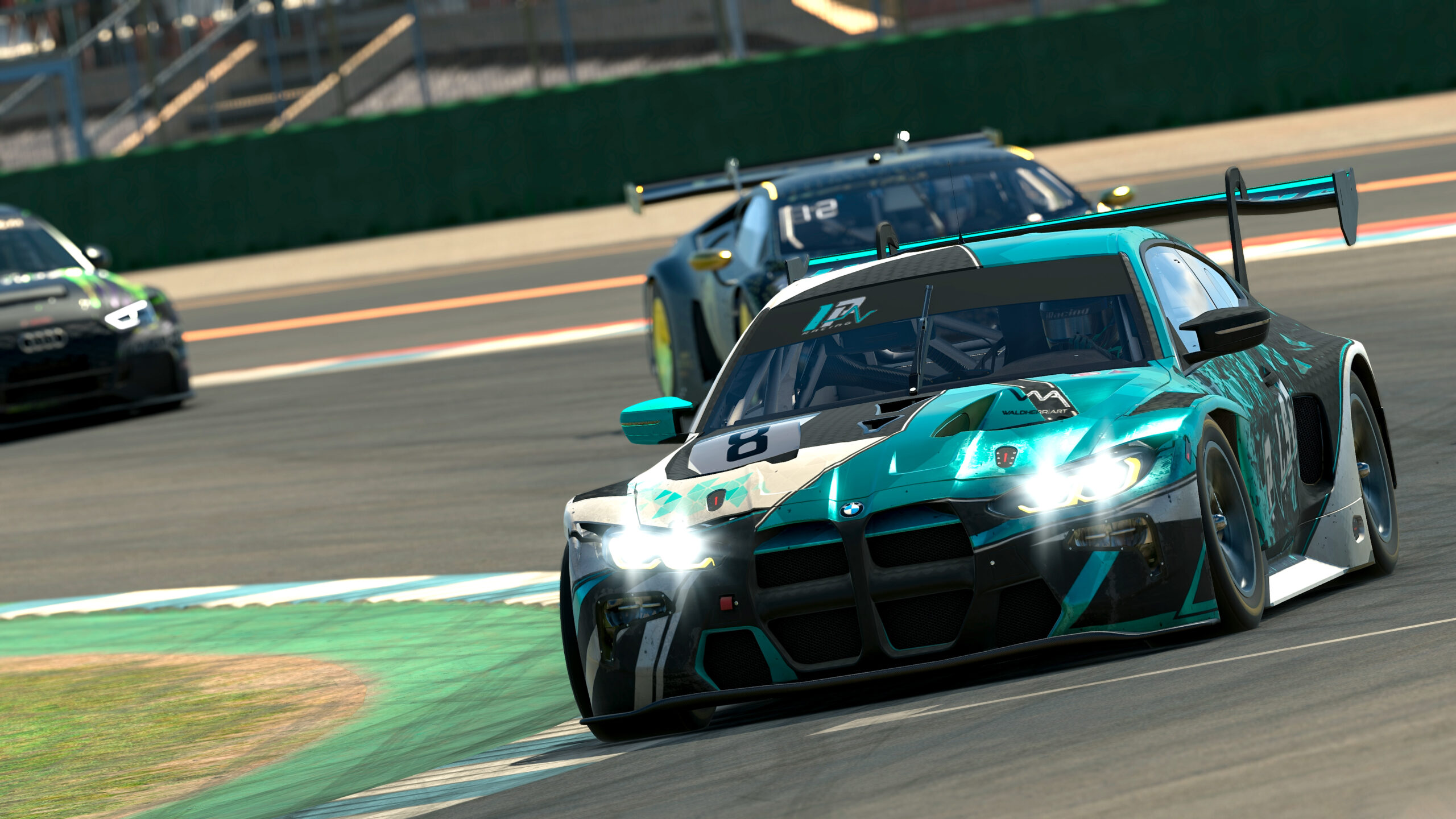 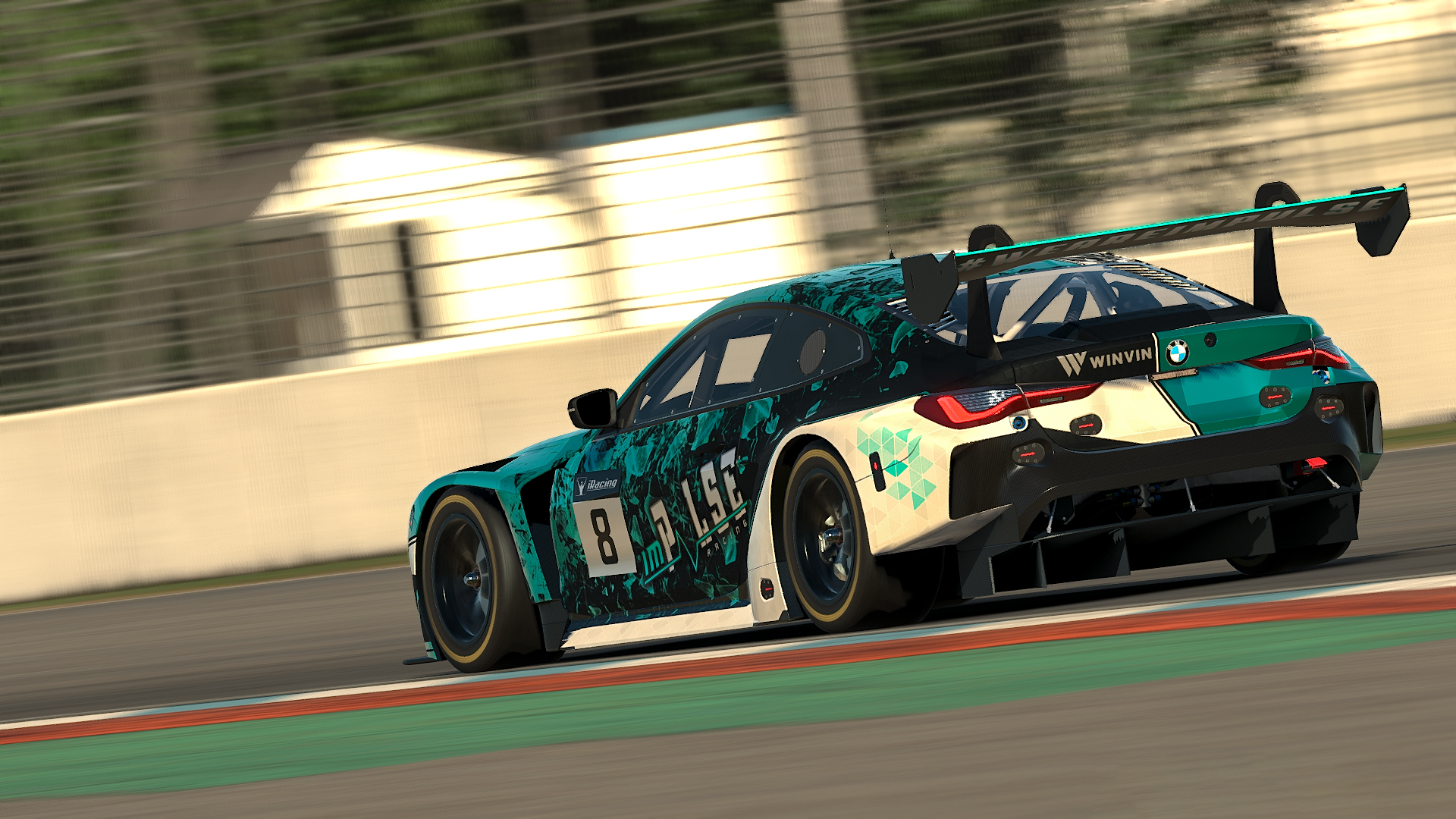 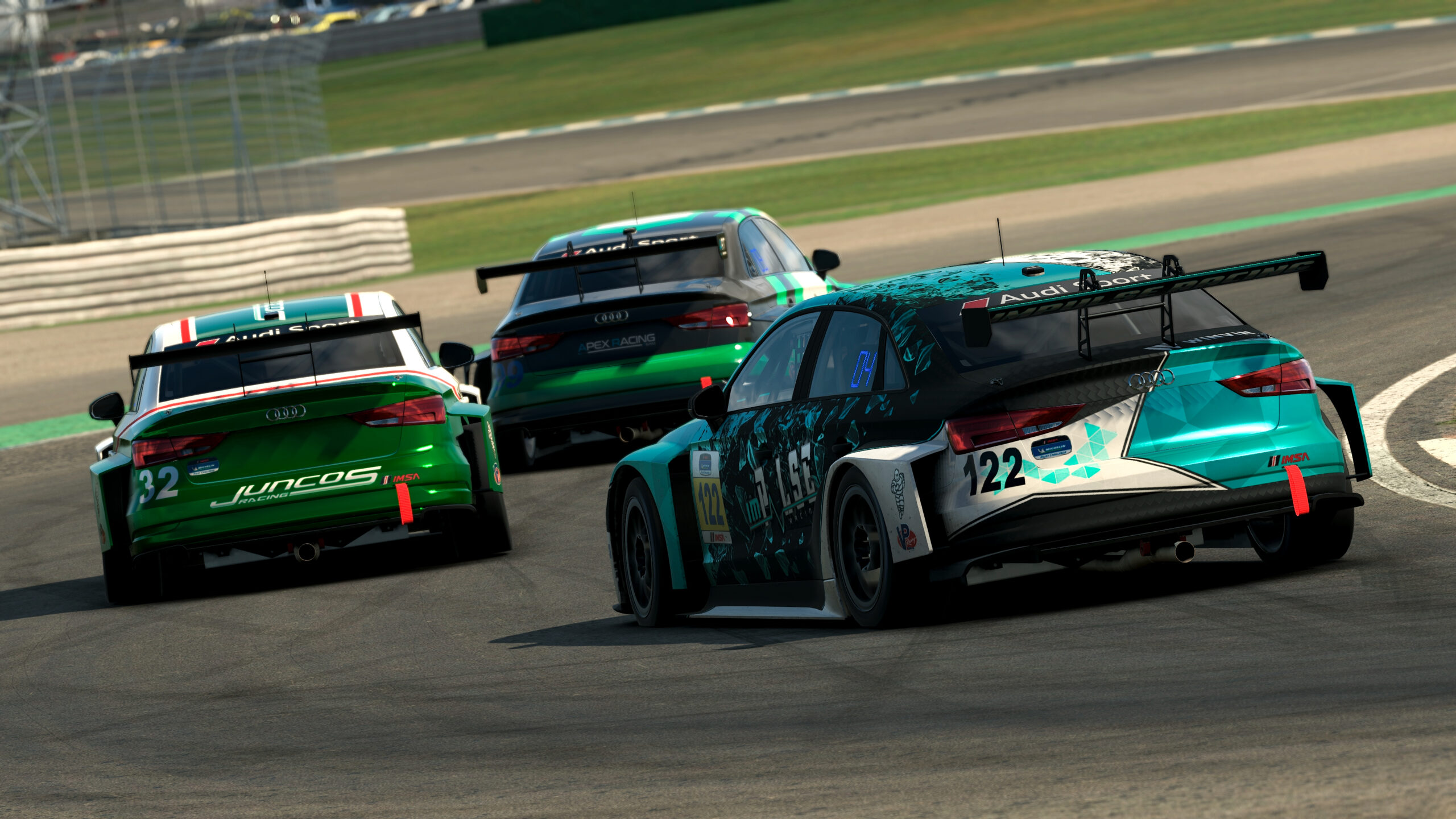 Solid first 6 hours for Impulse Racing avoiding “the big one” after 45 minutes!

Race start all looked steady and safe. The TCR cars nicely in the well-known train and laps were turned. Our GT3 car made up some nice positions at the start. All good until about 45 minutes into the race. The well known “big one” already happened early just after turn one. And all three of our cars were extremely lucky to not be involved. An overview of the incident is shown in the clip below. Our GT3 car went 4 wide and beside them, two GT4 cars collided. A big crash with multiple cars arose and our two TCR cars was just behind the crash. Martijn could just avoid a collision with a spun TCR car and Chris could follow through behind Martijn as well. A good safe, which after that the race could continue. In the meantime, the TCR cars moved up to P3 and P4.

After the incidents, it was time for some solid driving. Traffic turned out to be a nightmare for the TCR cars. There was a lot of aggressive driving from the faster classes, which made it very important to keep the level of concentration high. Unfortunately, after around 8 hours of driving the Impulse Racing GT3 was involved in a very unfortunate collision. The steering wheel was completely angled, not repaired and they had to retire the car.

In the meantime, our TCR cars perform great. All drivers put in very strong pace and the hot temperatures helped both cars. Setup improvements proved that a huge step is taken, being the fastest TCR cars on track. With the number #122 is in the lead and #222 chasing P2 and P3 while in P4. This kept going until the last 1,5 hour. #222 was comfortably in the lead with a 20-second gap, when second-place retired from the race due to a driver problem. This meant a position gained for #122. But while this happened they had closed the gap to third place as well and with Christopher Emms getting the overtake done in the hairpin both cars were in the leading positions!

With the conditions cooling down both cars kept a strong pace, increasing the gaps to the rest of the field. This was held until the chequered flag waved, which means an incredible performance with a one-two finish for the Impulse Racing TCR cars. The first win in a big TCR Iracing official event. Also, a first-time for Impulse Racing to bring two TCR cars to such an event and getting the maximum result immediately feels great.

With this result in the Creventic 12 Hours, the TCR drivers really look forward to the start of the endurance series IVRA Clubsport and the 24HR Series. The pace is very promising and the work continues. See you all soon again on track! 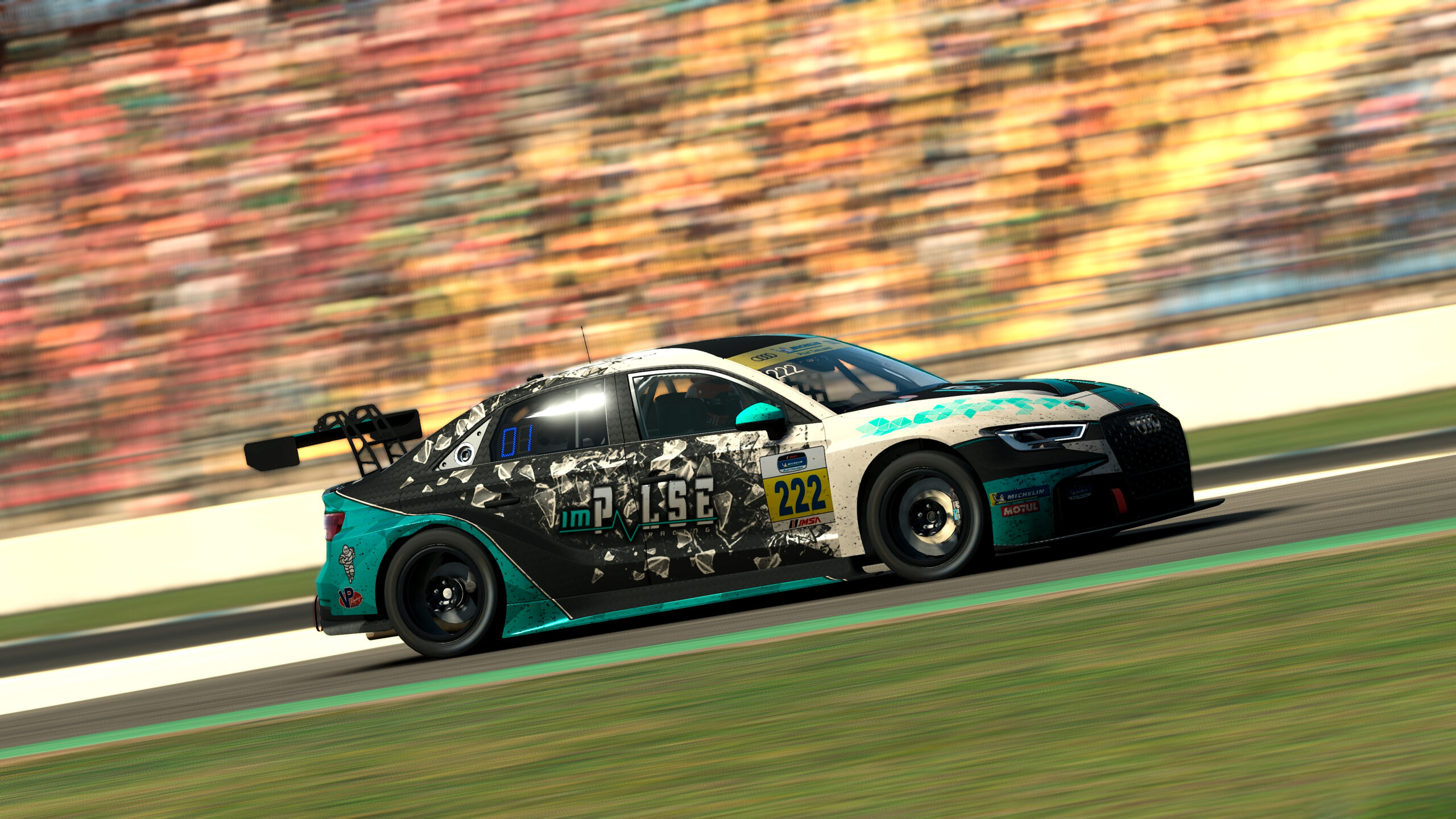 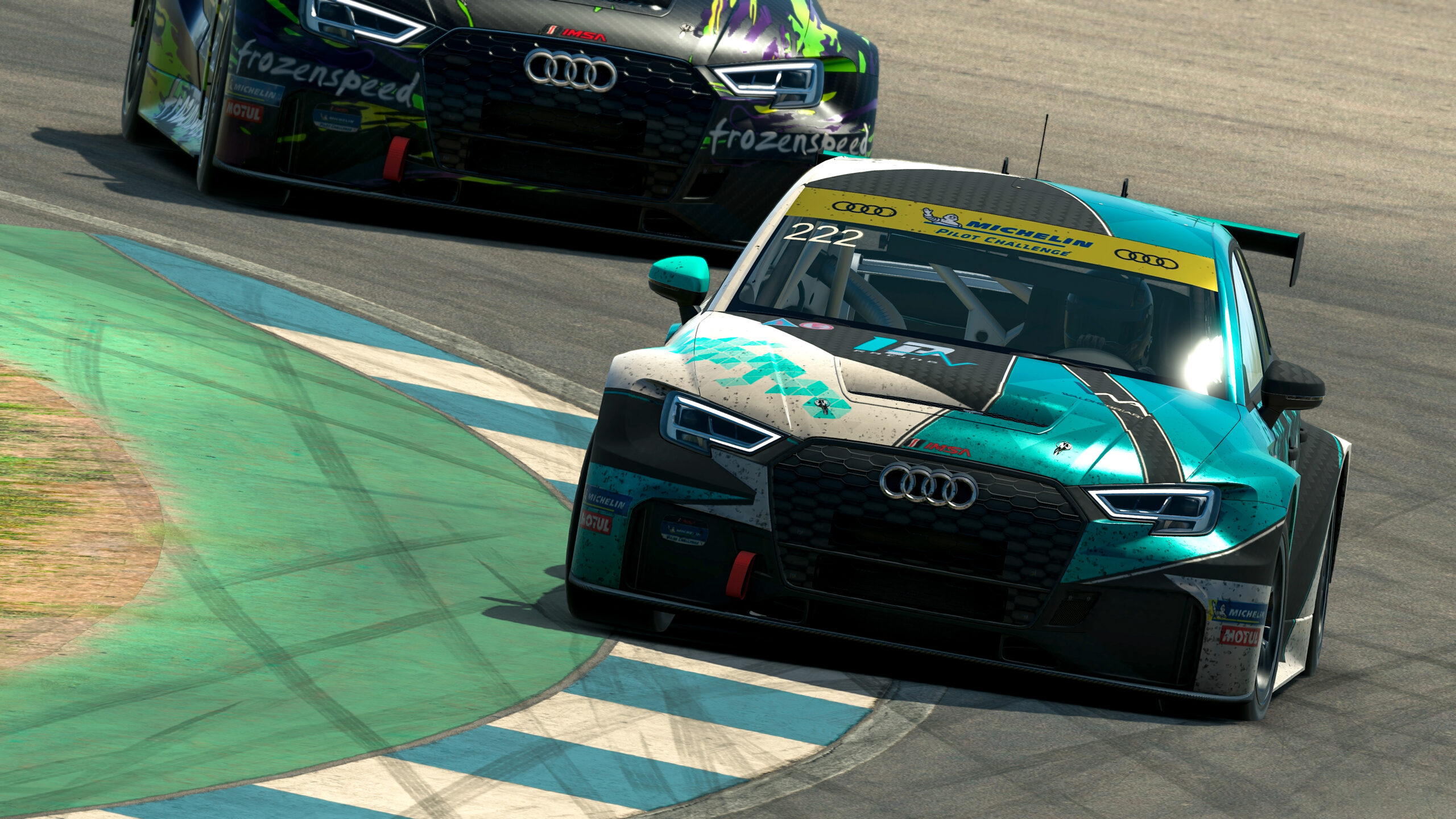