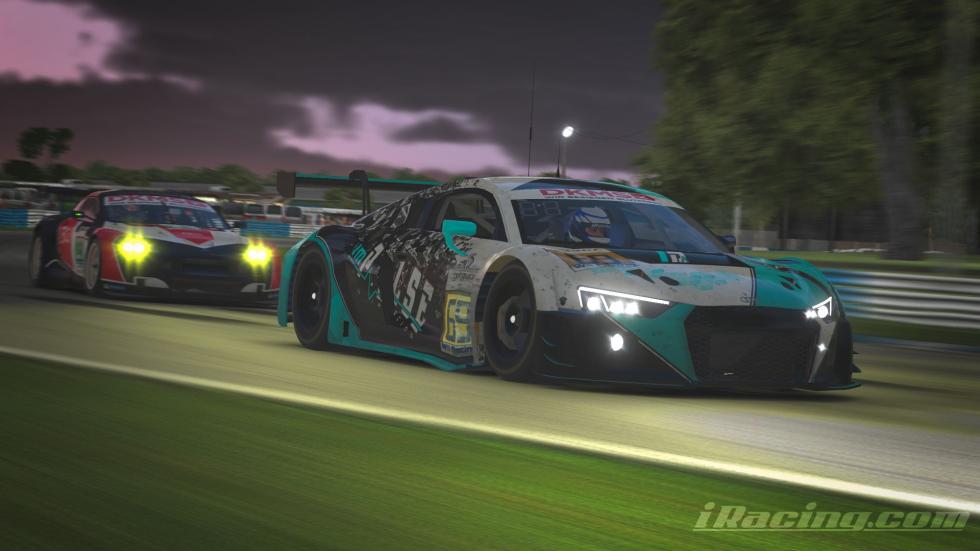 Saturday 7th November 2020 Impulse Racing took part in the DKMS charity race event against blood cancer. At the start of the 6-hour race were two Audi GT3 LMS cars. The number 68 with drivers André Jagenteufel and Rainer Wiener. The car with number 69 was driven by Alexander Hetmank and Daniel Sommer.  The DKMS charity race event was organized by Getquu and WS Racing eSports.

The event did not start of very comfortably in qualifying. Both cars struggled in traffic with GT4 cars and were not able to deliver the optimal laptime in qualifying. Especially the 68 car was not able to get a clean lap. In the end, the 68 car qualified in the midfield at P15. Although the difficult traffic, the 69 delivered with P2 in qualifying. 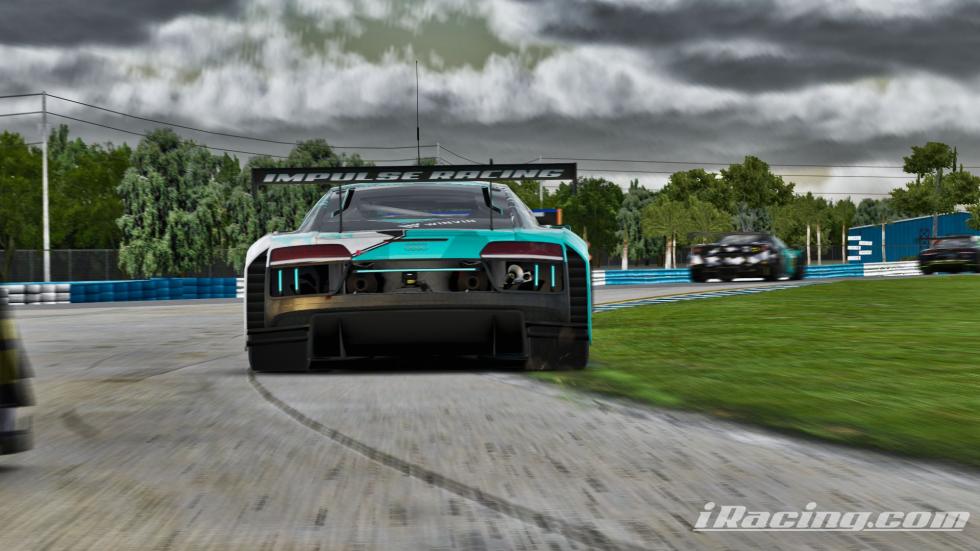 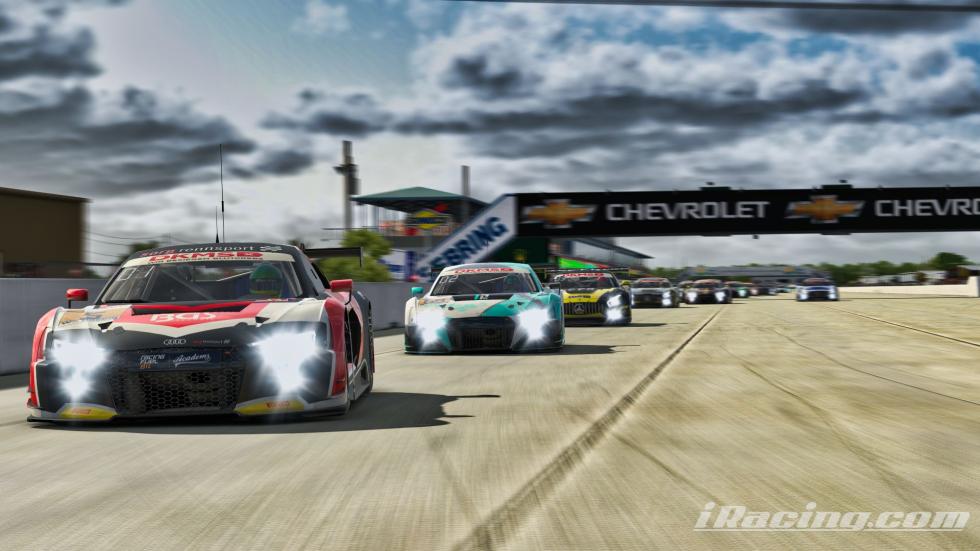 The 68 car drives towards a strong top 5 finishing position!

André Jagenteufel stepped into the car for the opening stint of the race. In the starting phase of the race the 68 car kept out of trouble. Over the race, a possibility to move up to the field was considered. With strong consistent driving the 68 car moved up in the standings to P5.

Being in P5, the steering wheel was handed over to Rainer Wiener. He stepped in to the car on used tires, which resulted in a tricky stint. Some small mistakes resulted in a little spin, which luckily only lost them some minor time. Fortunatly, no damage to the car. After the difficult stint, André Jagenteufel stept into the car again. Due to the difficulties on the worn tires, the 68 drivers changed to double stinting.

After the pitstop, the available fast repairs turned out to be useful. An incident occurred resulting in a contact of the 68 car with the wall. After this a quick repair was needed and André Jagentuefel continued his double stint. No further problems arose and Rainer Wiener took over the car with two hours to go.

The last two hours went comfortable, unless a problem with refueling in the box before the last stint. This left the 68 car no choice to do an extra splash and dash and continue the race. After the splash and dash Rainer Wiener drove well and brought the car home in the top 5 at fifth place. A strong drive coming from a starting position in the midfield. 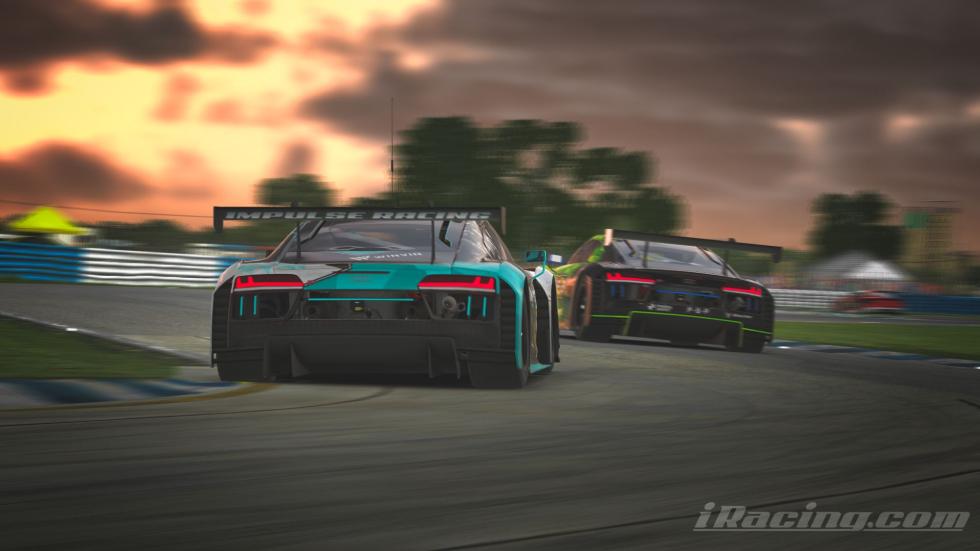 Shortly after this moment, Daniel Sommer stepped into the car driving a very solid and consistent stint. This resulted in a comfortable gap of 15 to 20 seconds. The 69 car kept the lead of the race for a couple of hours. About 3,5 hours into the race, Daniel Sommer got into trouble with a GT4 car. This led to some minor damage and 10 seconds lost to second place. In the end the 69 was still about 10 seconds in front of second place.

With 2 hours to go the fight for first place continued. Alexander Hetmank got behind the wheel and underestimated his cold tires, resulting in a small incident and giving second place the chance to get in the slipstream again. Nevertheless, the rest of the stint was strong and the gap increased to 8 seconds again.

Although the lead, Sorg Rennsport took first place after the last pitstop. The heavy fight continued again. This went on to the last minutes of the race, when some questionable defending moves of Sorg Rennsport didn’t give Daniel Sommer the possibility to pass. Defending moves were decided as racing incidents, resulting in a second place finish for the 69 car at the end of the race. An eventful race with, although missing out on the win, a good result. A good show for charity so to say!

3000 euro raised for the DKMS against blood cancer!

For Impulse Racing it was nice to participate in the charity event. We are happy to have been part in the event and want to thank both Getquu and WS Racing eSports for the organization. With their event, they were able to gather 3000 euro’s to donate to the DKMS in the fight against blood cancer. Well done!

The event also had a livestream. Watch the live stream below!