Skip to content
Double Podium and a Pole in the 24HR Series! 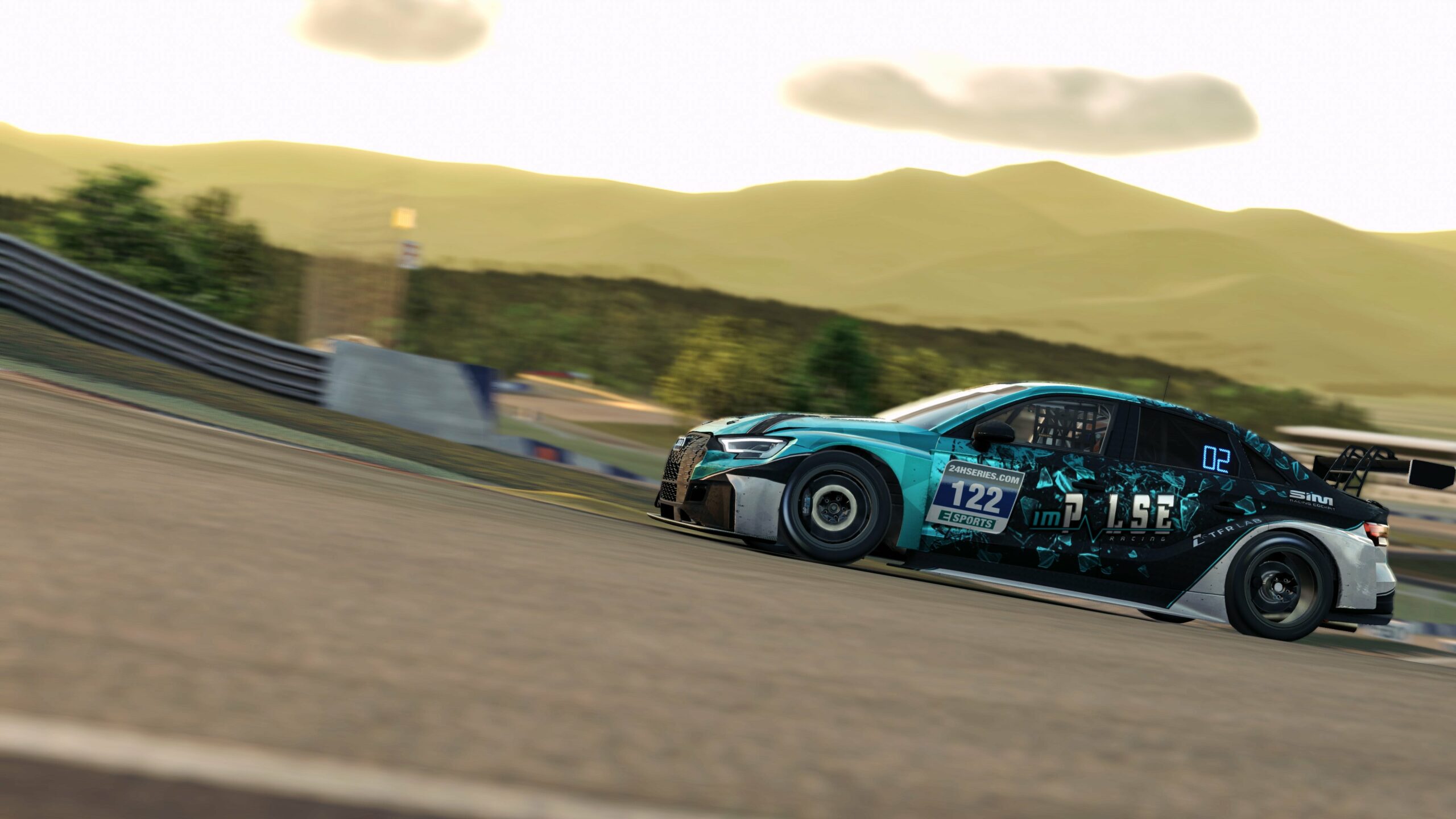 It has been a while!

It has been a while since a race report has been presented on the website around the 24HR Series. With the holidays long out of the way, it is finally time for some summarizing of two amazing race weekends. Cause our TCR guys didn’t stop to perform around a lot of days of nice and good food at the end of 2021.

So where exactly have we been with our lovely touring car for some endurance racing? First, it has been in Sebring, whereafter our virtual race car had to be shipped to Austria to drive at the Red Bull Ring. With the first track being a very bumpy one, the other track is known for its nice flat surface with a couple of challenging sausage curbs. Both are challenging tracks, but a lot of fun to do some endurance racing.

A close fight till the end on Sebring

For the race at Sebring, our lineup consisted of a Dutch and English driver. Martijn Asschert and Christopher Emms took place behind the wheel with the first one mentioned starting the weekend with qualifying. Qualifying is all about finding the best spot for a toe. Martijn found himself behind the Heusinkveld car and they seemed to work a bit together to give each other a good push lap. In the end, it was a fourth-place as a starting position for the race.

The race start itself was eventful. With the well-known TCR train, some bumping was happening. The traffic would come fairly quickly and all cars try to gain an advantage to be in front of the train at the right moment. With this bumping, the Impulse Racing TCR got a hit in turn 5 and went outside on the grass. No damage, but they fell down to last place just before the traffic was arriving. This led to some time lost at the beginning, which would make it more difficult to stick close to the front of the field. 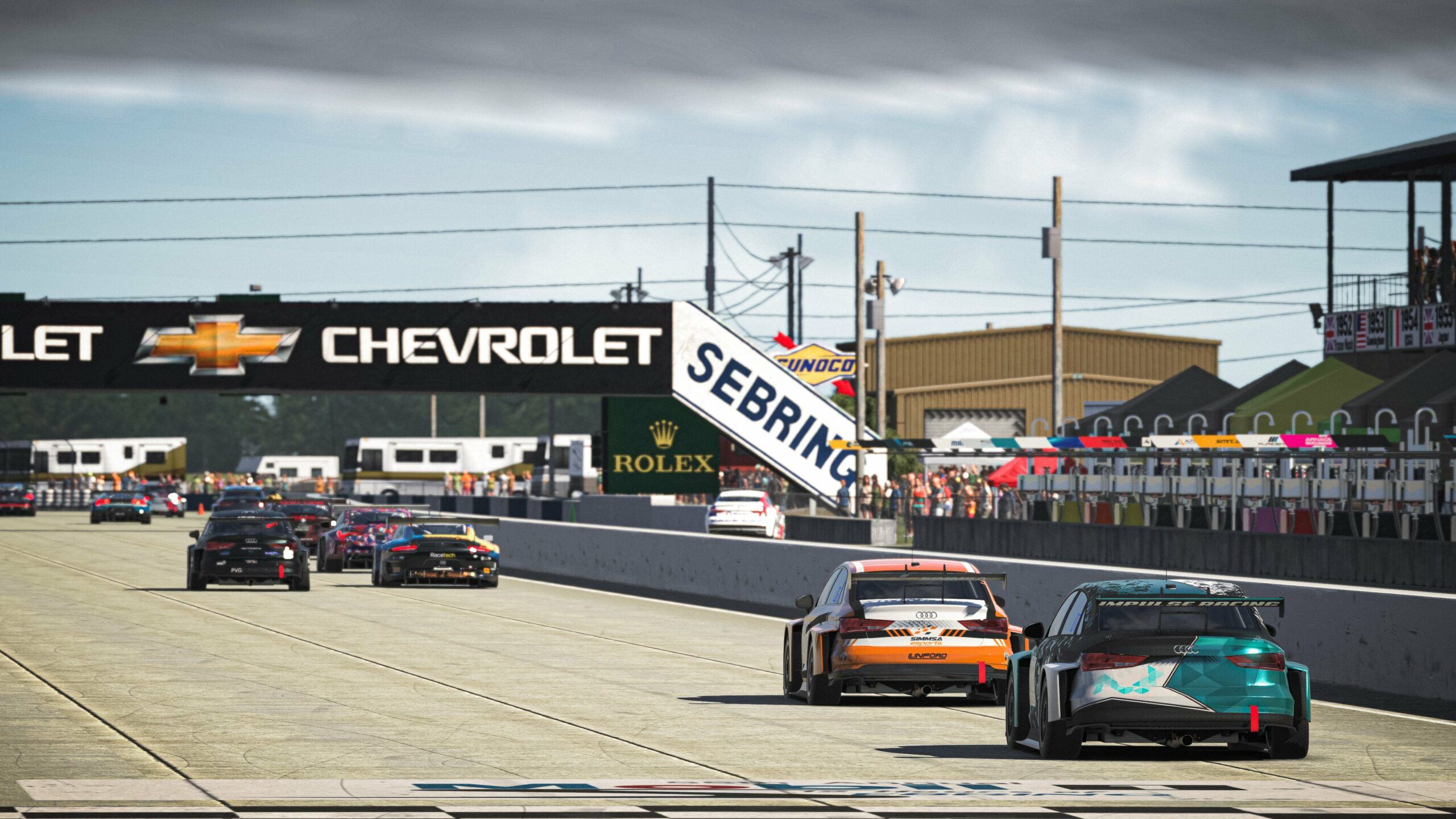 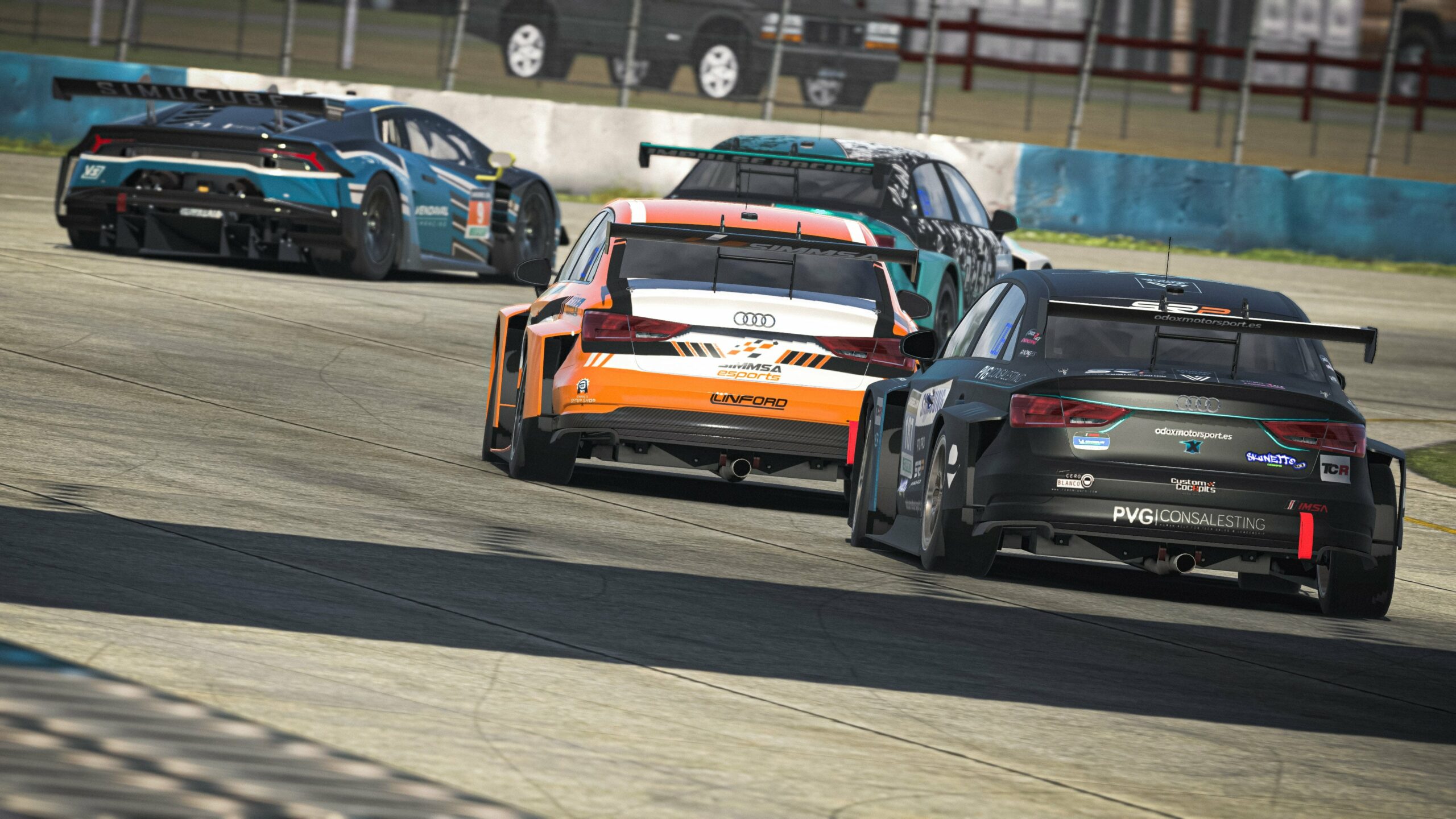 One big incident not much later in the race changed the whole race. Martijn was still trying to come back through the field when the lead TCR got involved in a big crash during traffic. There was a big pile-up on the start-finish line and with some TCR cars involved and the Impulse Racing car having some luck they moved up the field back to fourth place. The field was spread out now, which meant it was time for some raw pace.

The raw pace was shown all the way through the race. Although the setup seemed good and there was no rear tire change needed, our TCR was lacking a slight little bit of pace compared to the leading car. Christopher drove a couple of strong stints and Martijn drove the last stint on worn-out rear tires. In the meantime, they moved up onto the last podium spot, with a nice lead to fourth place. But it turned out to be a challenge until the finish flag. The car behind changed rear tires at the beginning of the race, which meant they had a little bit more speed in the last laps of the race. In the end, Martijn controlled his last stint perfectly and brought home a podium finish! The first podium of the Impulse Racing TCR drivers ever! Very nice achievement and good for the championship! 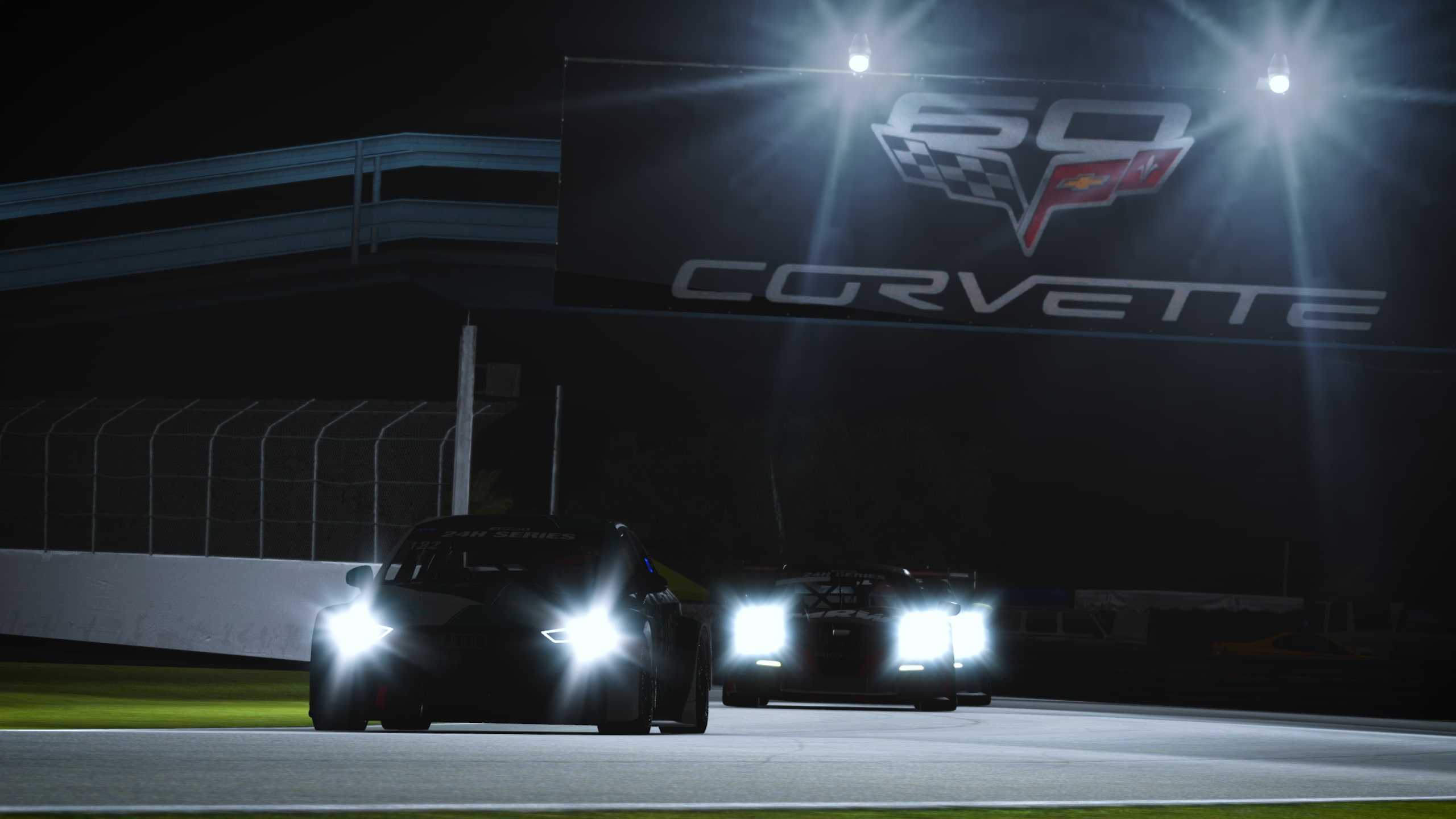 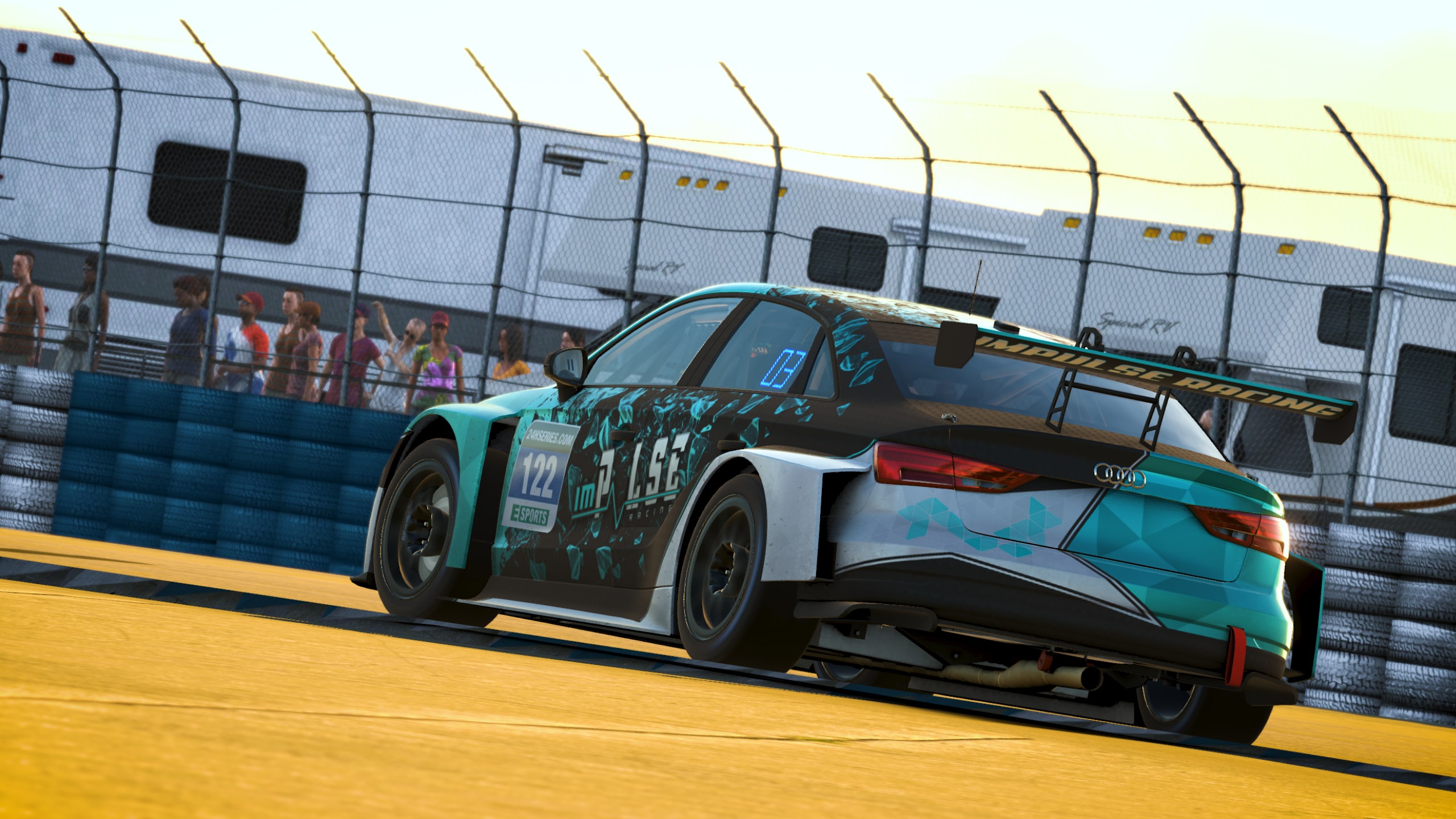 Starting from the front of the field in Austria!

Yes, you are reading it right! Our Impulse Racing TCR got its first pole position in the 24HR Series. A very nice lap from Chris Shorter was enough to put it on pole by just a small margin. And that turned out to be a nice advantage in the race. The Red Bull Ring is a short lap, so the traffic comes past quickly and comes past a lot.

Race start was very controlled. Nobody with unnecessary or dangerous moves and every TCR driver got into a nice rhythm. Chris Shorter put in some nice and consistent lap times, keeping the competition behind during the first traffic runs. All went well until a Maniti GT3 tried to lap our car uncontrollable and backing out to save the car Chris fell back to the third position. Almost the whole stint was in the train and a small gap to the cars was made. Traffic proved to be tough, with a lot of diving from the GT3’s from a long distance. This resulted in another unfortunate incident, where a BMW on the outside of turn 3 ghost contacted our car and send us into the MSI Esports TCR car. Chris left all the space, but race control nevertheless decided a 5-second penalty needed to be given. 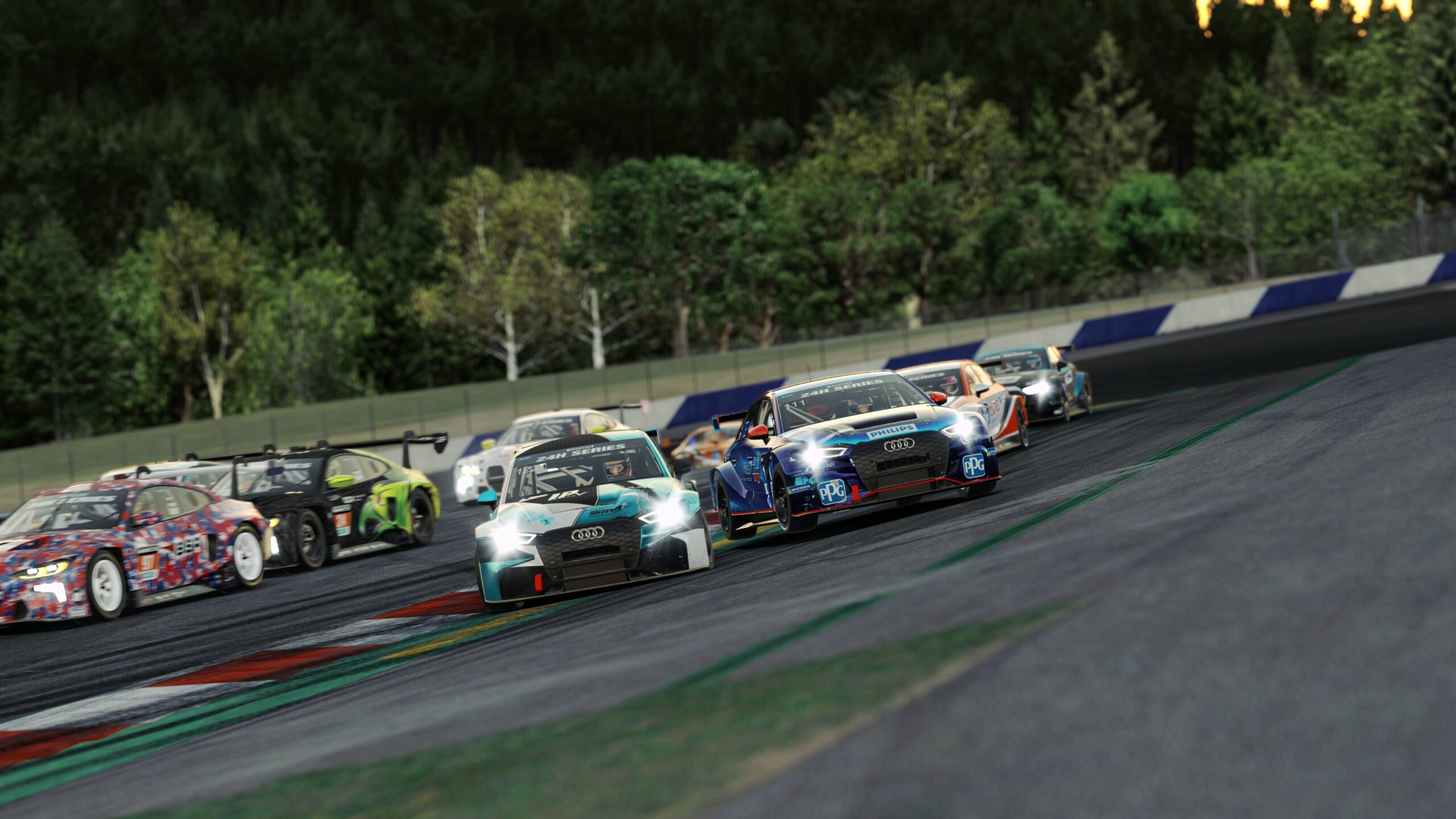 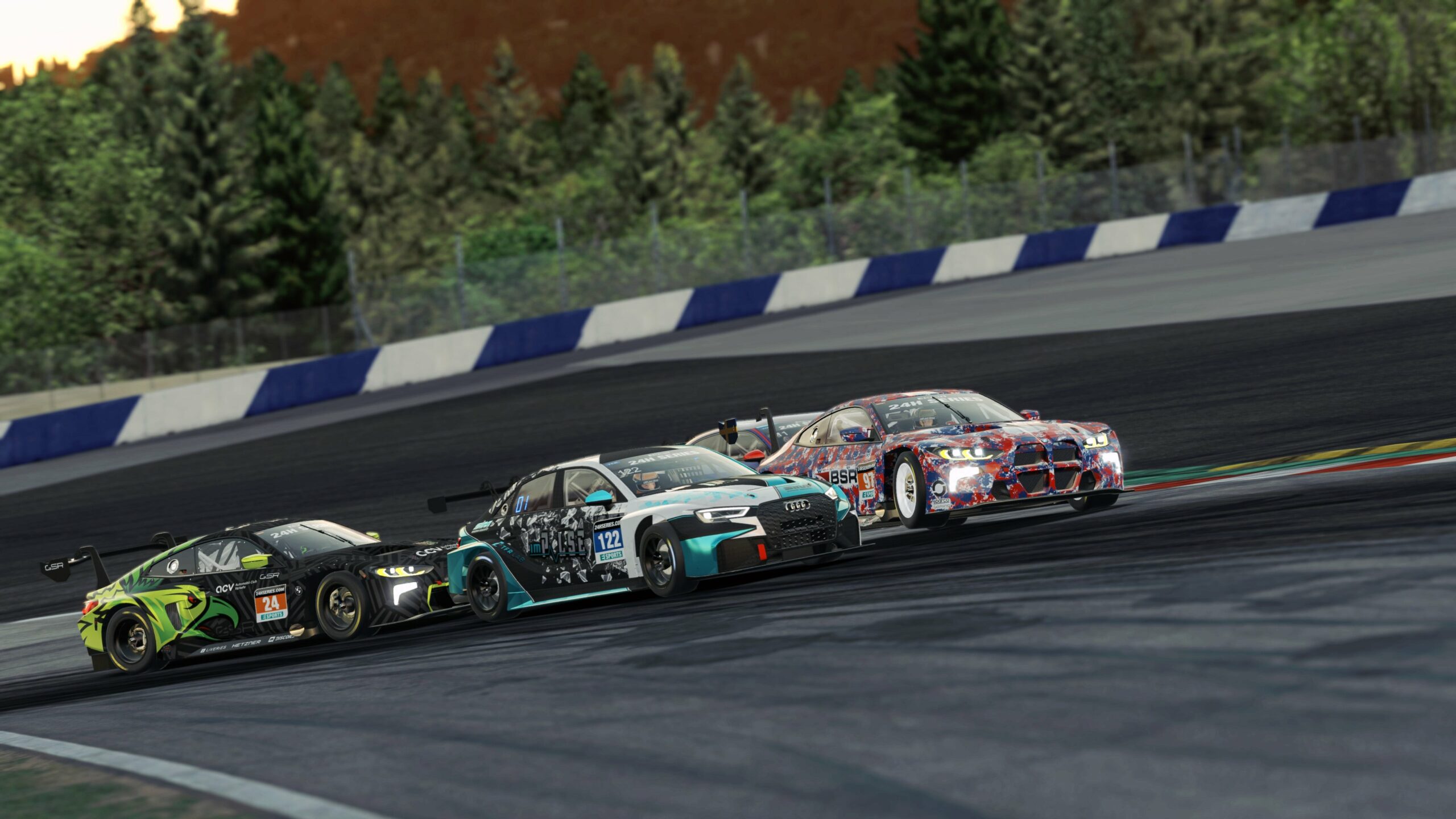 After the penalty luck started to go in our favour. After Chris his very strong opening stints, Martijn jumped into the car to try and keep track of position in third place. In the meantime, MSI Esports was coming back through the field showing a very strong pace. But Heusinkveld got into trouble having a lot of damage on the car. A couple of hours passed and Martijn and Chris were driving comfortably in the third position. In the last 2 hours of the race, it was mostly defending the podium. The front pack of the field unfortunately was just a bit stronger on the pace and Martijn was struggling a little bit on his tires. A safe gap of 25 seconds towards fourth place was made and Martijn brought the car home safely for another podium finish in the 24HR Series.

With the first podium on Sebring, it did not take long to get the second podium finished. Already the next race our TCR drivers made it happen. Including the first pole position in the series. A very strong two weekends. With the fourth place of the first race at Hockenheim, this brings our Impulse Racing TCR car in fourth place halfway through the championship. With three races to go, which the last race on Spa gives double points, a lot is possible. Hopefully, we can bring some more podium finishes and maybe even a race win? We are going to see what happens in the next couple of months! Next up Monza! 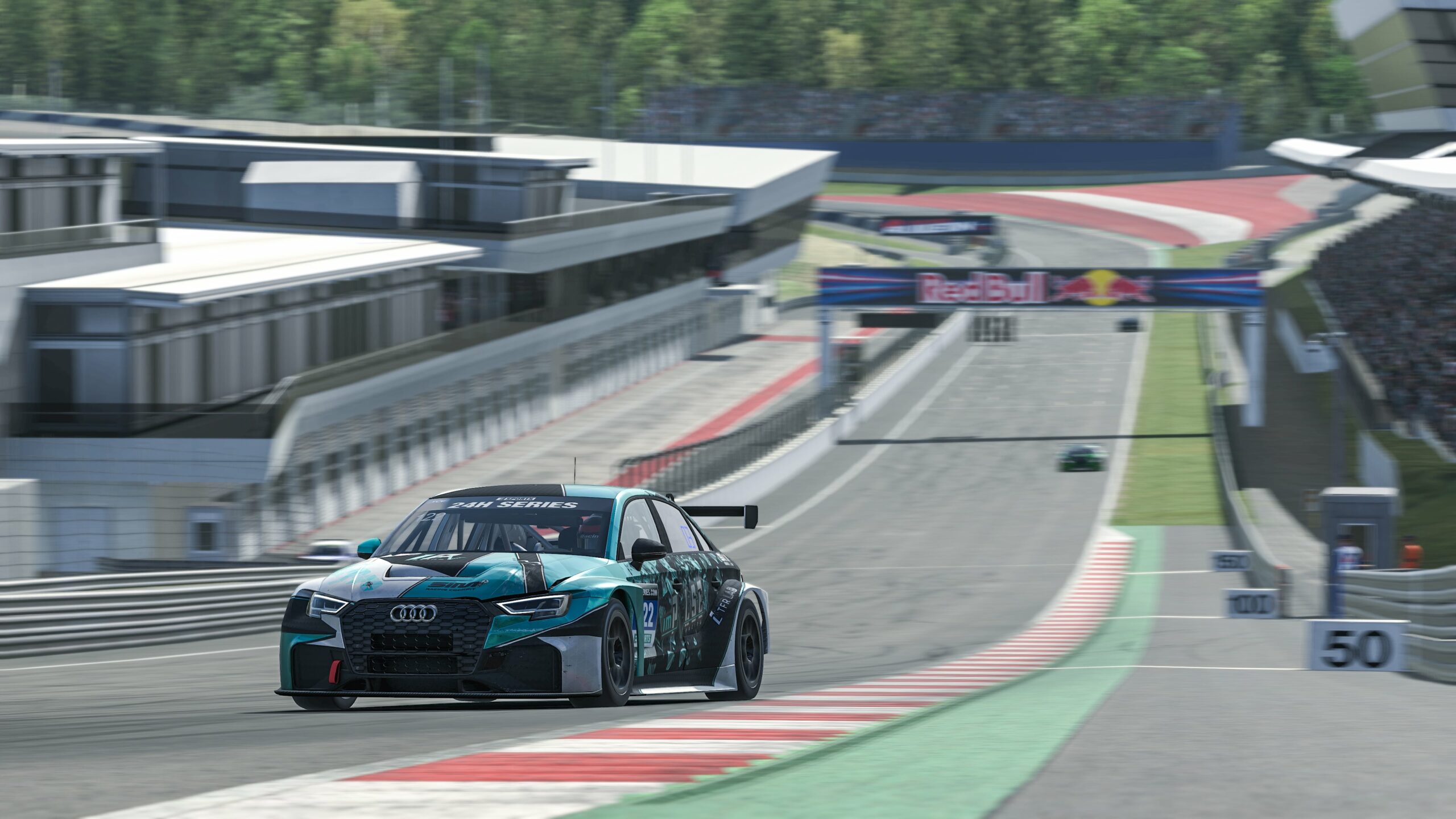