Finished 1st and 2nd in the final and secured P2 and P3 in the overall championship!

12 weeks of racing - that was the GermanSimRacing Masters Sprint in the iRacing season 2020S2!
Every Thursday nearly 40 GT3 cars drove for one hour on all race tracks which were also driven parallel in the iRacing series "VRS Sprint Series".

The starting situation before the last race on Road America was as exciting as nobody would have expected before. Only 15 points separated 2nd and 4th place in the overall standings. However, Impulse Racing still had two cars in the McLaren and Audi battling Maniti Racing Purple for the two remaining podium places in the championship.

In qualifying Linus and his McLaren were once again outstanding. With a lead of over 7 tenths of a second starting position, he secured pole position. Impulse Racing #13 in the Audi R8, which absolutely needed at least 2nd place in the last race of the season, managed to get a good starting position by Alex with 3rd place. 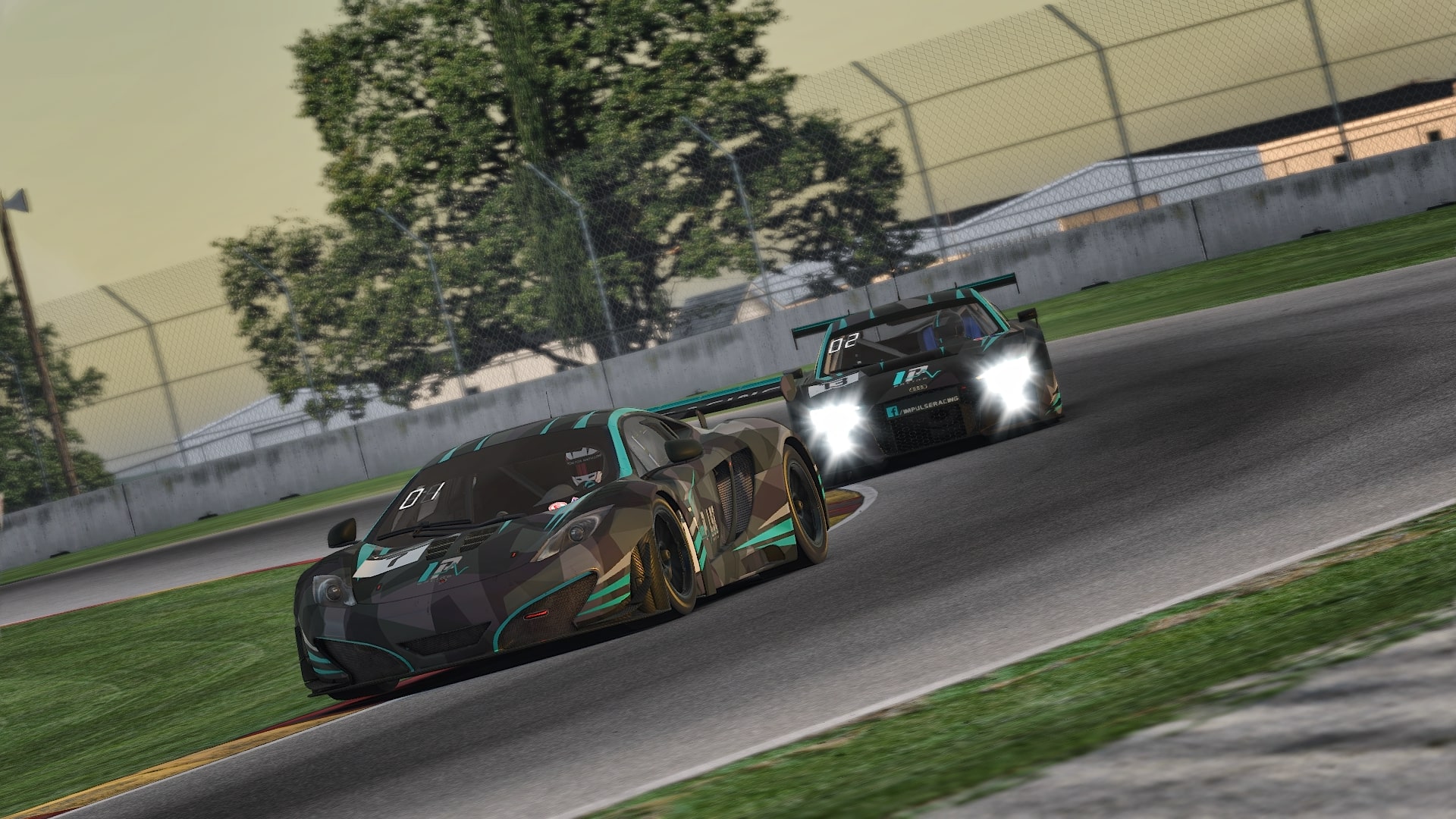 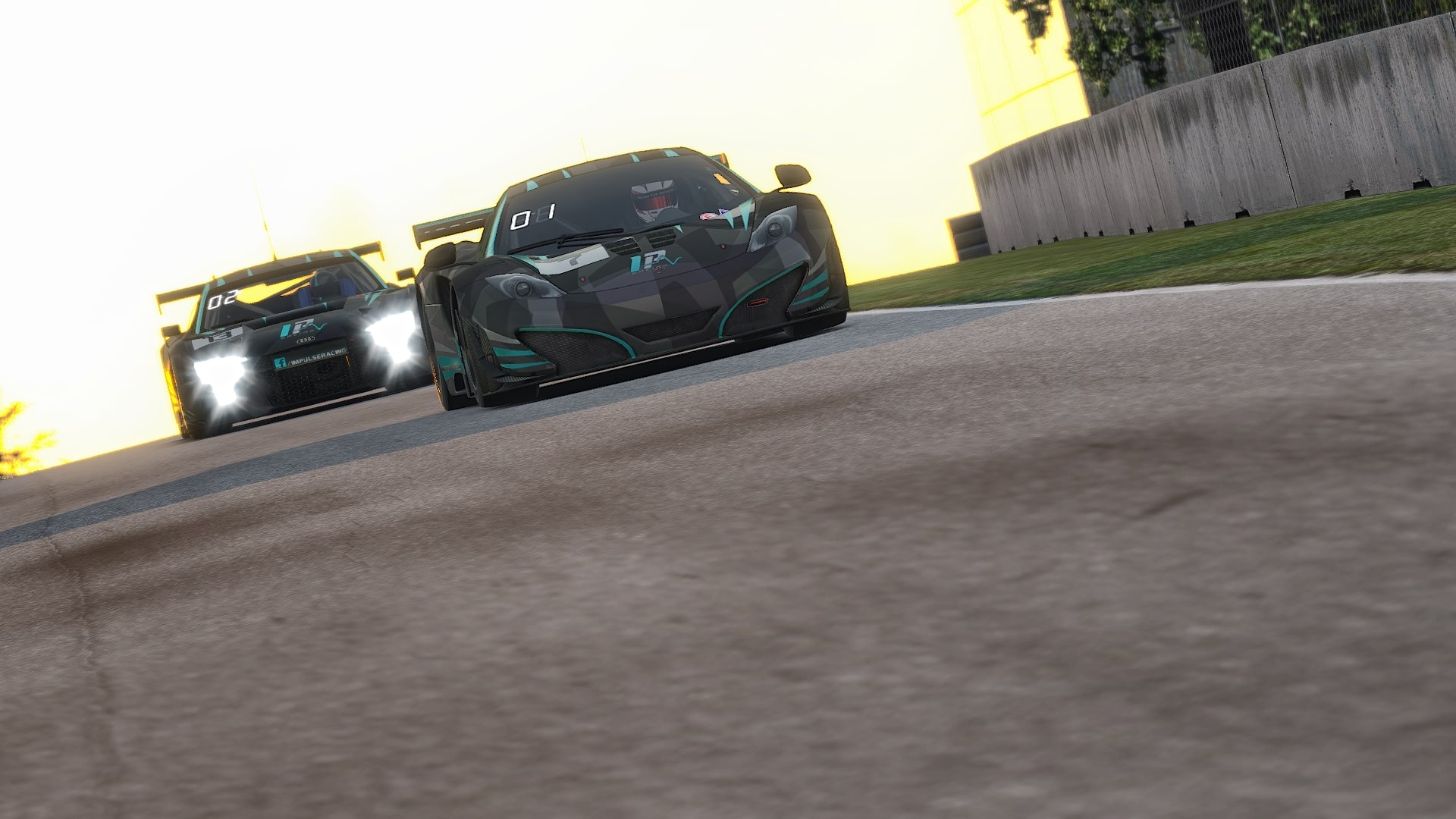 Huge crash in the first lap at the Kink!

In the one-hour race, where a pit stop with driver change is mandatory between race minute 25 and 35, a lot should happen in favour of Impulse Racing. After the start was given, Alex was able to pass Maniti Racing Purple and was able to get directly into the slipstream of Linus. In the first lap at the Kink it should happen. Maniti Racing Red turned away on 4th position and there was no chance for the following traffic to react. Linus and Alex didn't care and continued to do their mandatory laps and Maniti Racing Purple had to let the two in front pull away. At the pit stop, Peter on the McLaren and Marco on the Audi changed to the appropriate car. The gap to 3rd place was already more than 13 seconds.

And so Marco also passed the slower Peter in the McLaren a few laps before the end of the race. In the end it was a successful 1st and 2nd place in the final race on Road America and the first victory for the number 13 Audi seen over the whole season! In overall championship that means Impulse Racing was able to secure 2nd and 3rd place!

You can watch the broadcast of the race here. 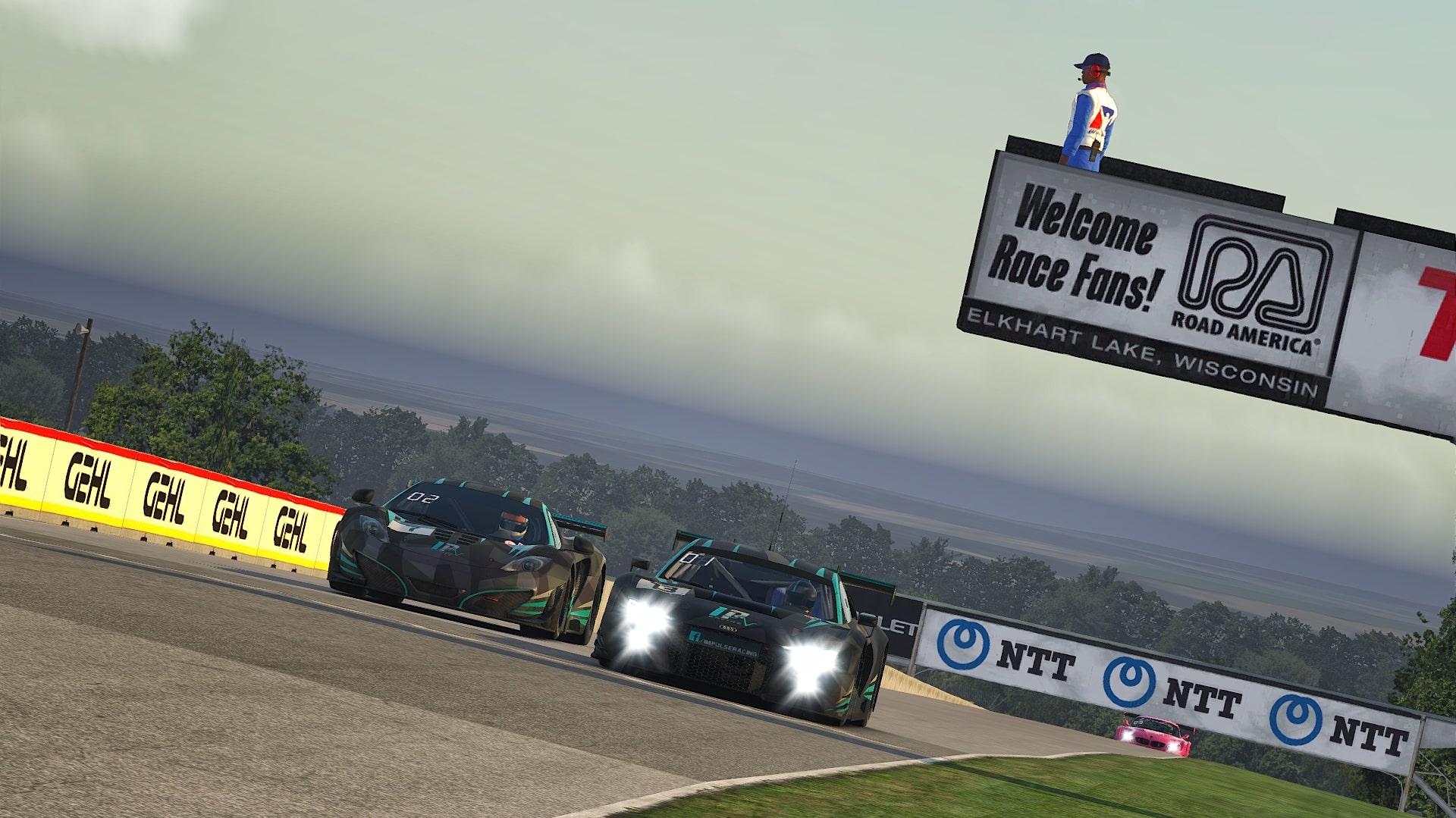 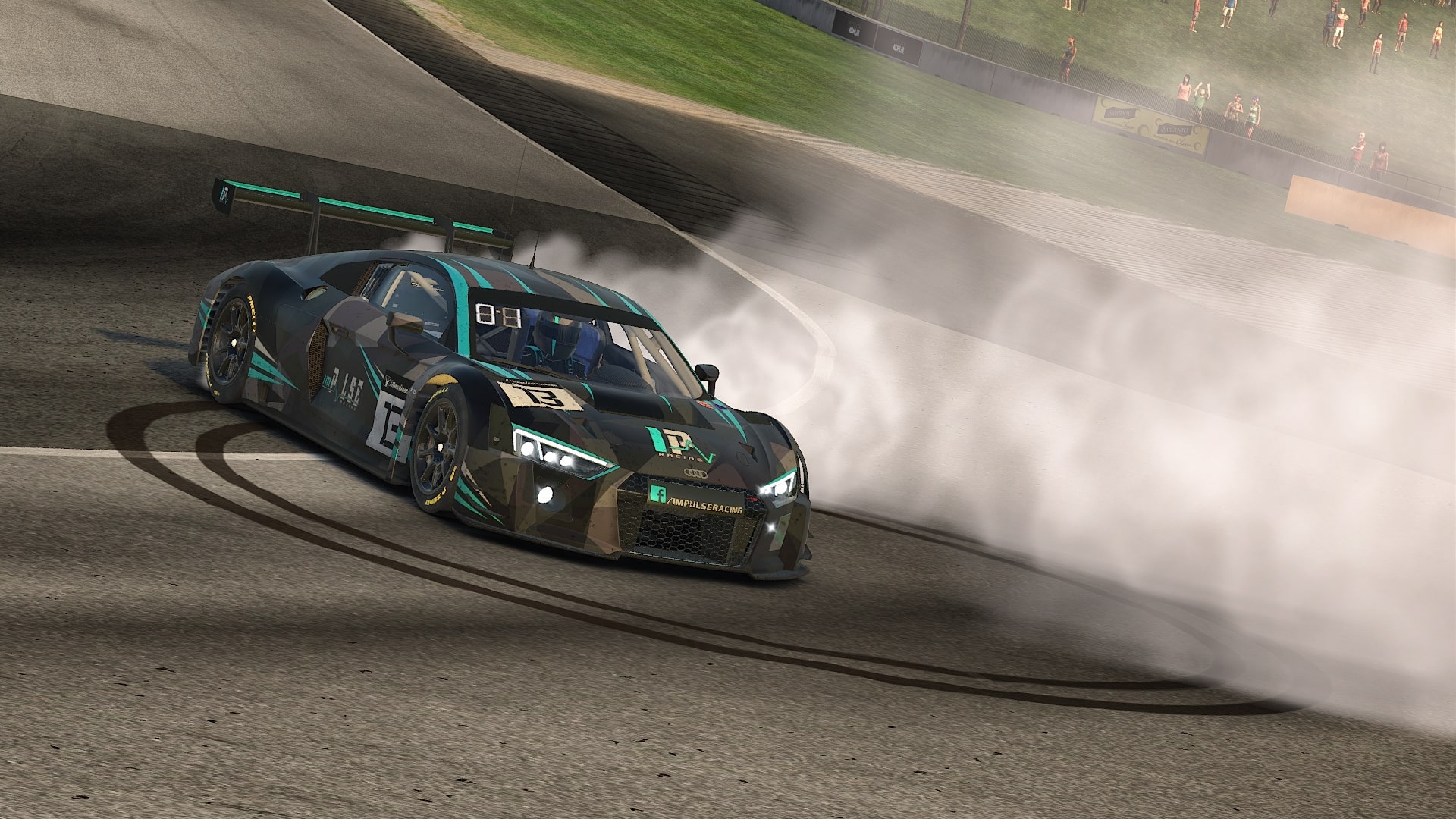