After a successful trial period, the 21-year-old Hendrik Augustin from Hanover (Germany) will become part of Impulse Racing with immediate effect!
Hendrik has raced several times in the VRS Endurance Series and also in the GSR Masters Sprint Series.
The latest performances have convinced the team and offered him a seat at iPR.
After previous steps like Unique Simracing and Next Step Simracing, this is the next move for Hendrik.

In the future Hendrik will continue to be used in the GT sector.
Among other things, the Sports Car Open is still running in parallel and another GSR Masters Sprint Season is also being speculated.

We are happy to have Hendrik on board! 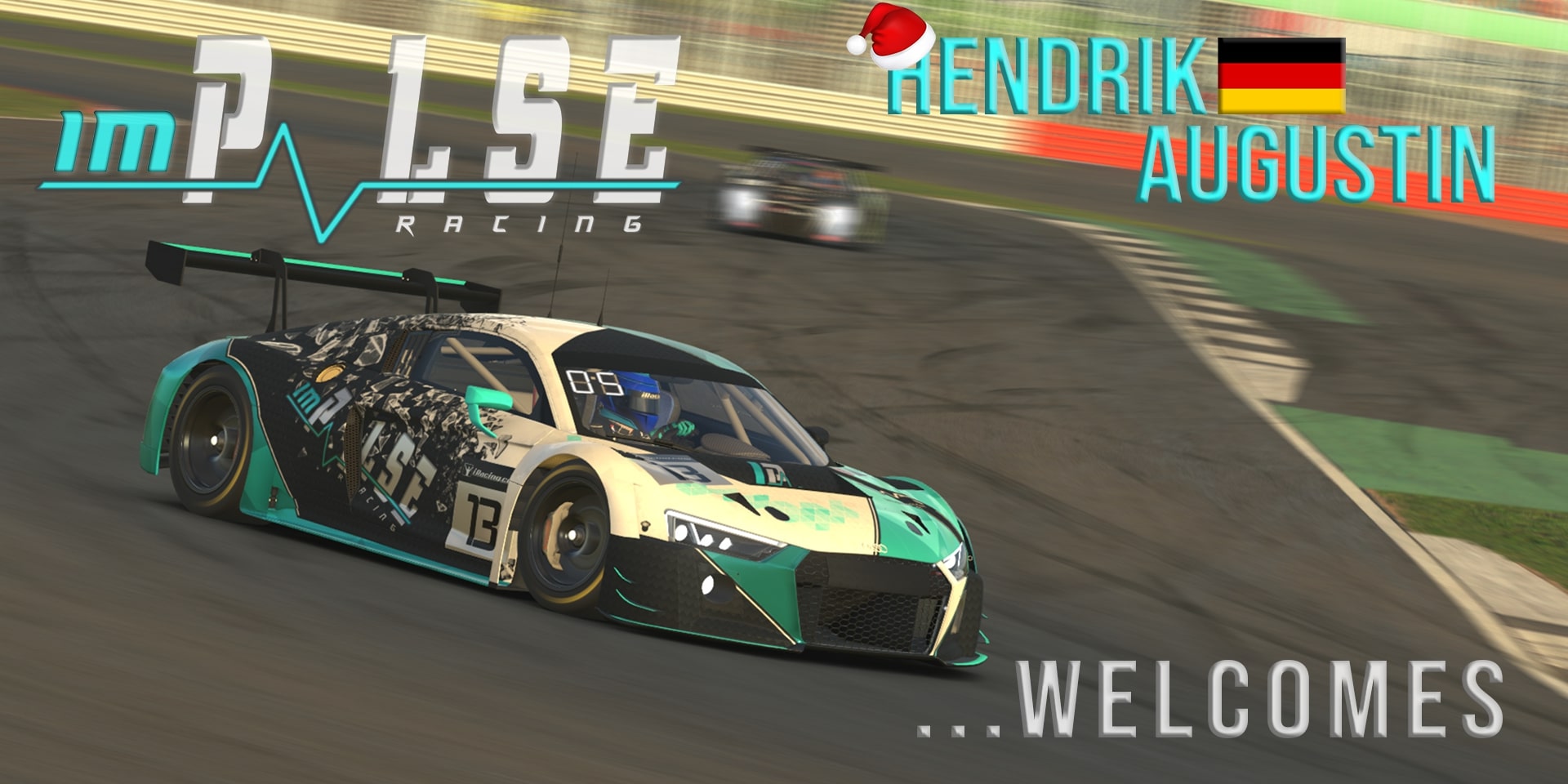