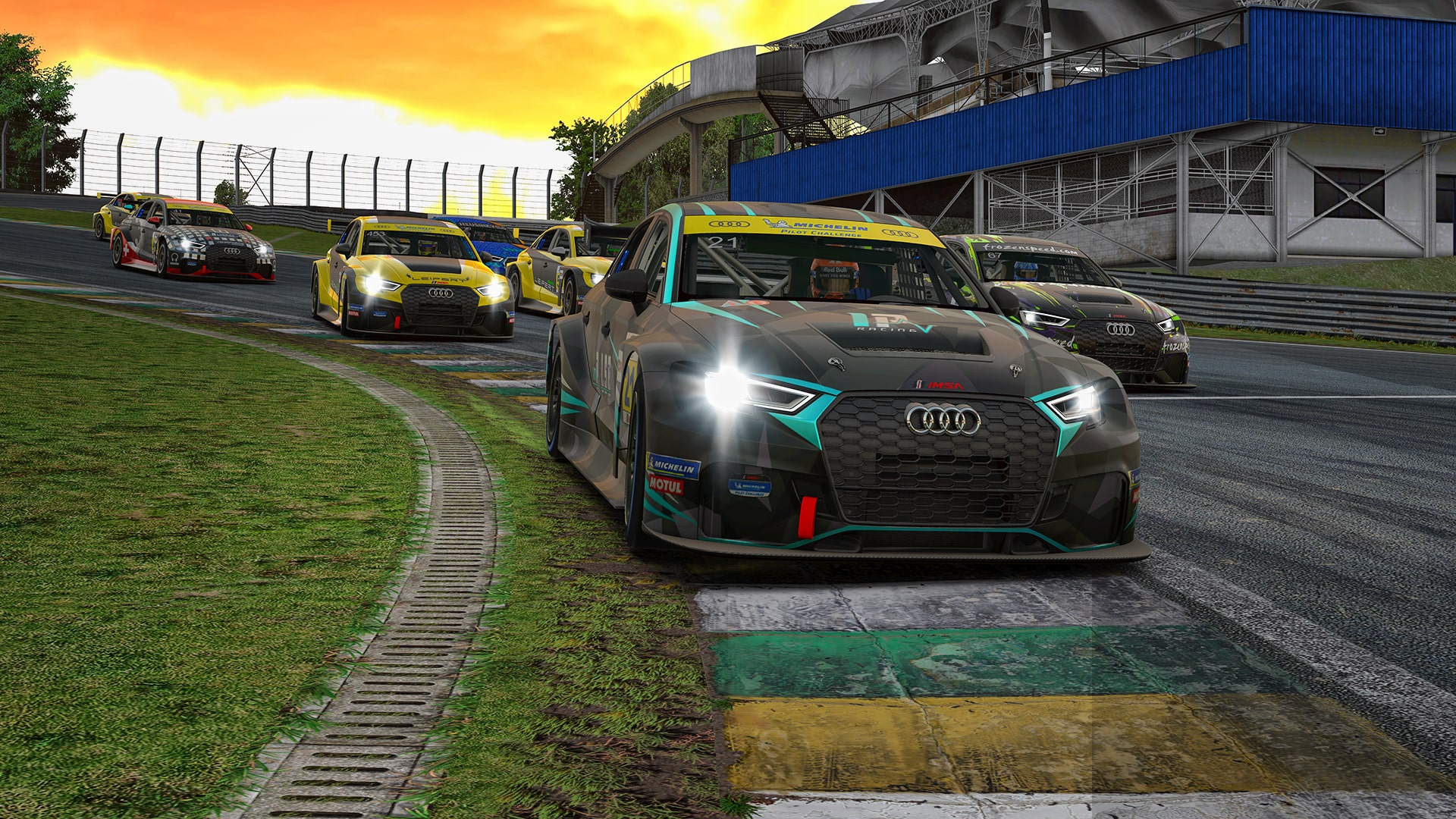 Traffic in qualification, but good finished in the Heat race!

Martijn Asschert competed in the TCR for Impulse Racing.

The qualifikation was a bit of a struggle on Interlagos. Martijn started his qualification in traffic and on the best lap for the tires he was stuck behind one of the other drivers. This resulted in backing out on the lap to get a final chance on a good lap. In the end damage control brought Martijn a P6 overall in qualy, resulting in P3 for the heat race.

The heat race went well. After a bit of touring car action in the first laps, Martijn kept his 3rd position. This evolved into a second place after one of the drivers in front had a loss of connection. The second place gave Martijn a spot on P4 in the feature race and an extra 0,05 points in the championship.

Best result of the season so far!

No consolation was needed, which meant the feature race directly started. The 14 lap feature race was a very close race in the first 9 laps. Martijn kept his 4th position from the start and closely followed the Core Simracing cars and Jason Cooper. Fraser Smith was following on 1 second distance and the pace between all cars was within a tenth of a second all the time. After a little mistake Martijn slowly lost the slipstream creating a gap between the top 3 in the final laps. It shows how close the differences are within this league and how unforgiving a little mistake is.

Martijn got to notice this again. Fraser slowly got closer and in the final lap went for the move. Martijn underestimated the braking in turn 1 and unfortunatly lost his fourth position. Nevertheless he finished the race in P5, matching his best overall result of last week.

With one more round to go at Silverstone in 2 weeks, Martijn takes P6 in the overall championsship. The gap to P5 is quite big, but it is not impossible to get within the top 5. Enough reason to tune in on the 28th of August to cheer on Martijn at Silverstone towards hopefully a nice ending of the season.