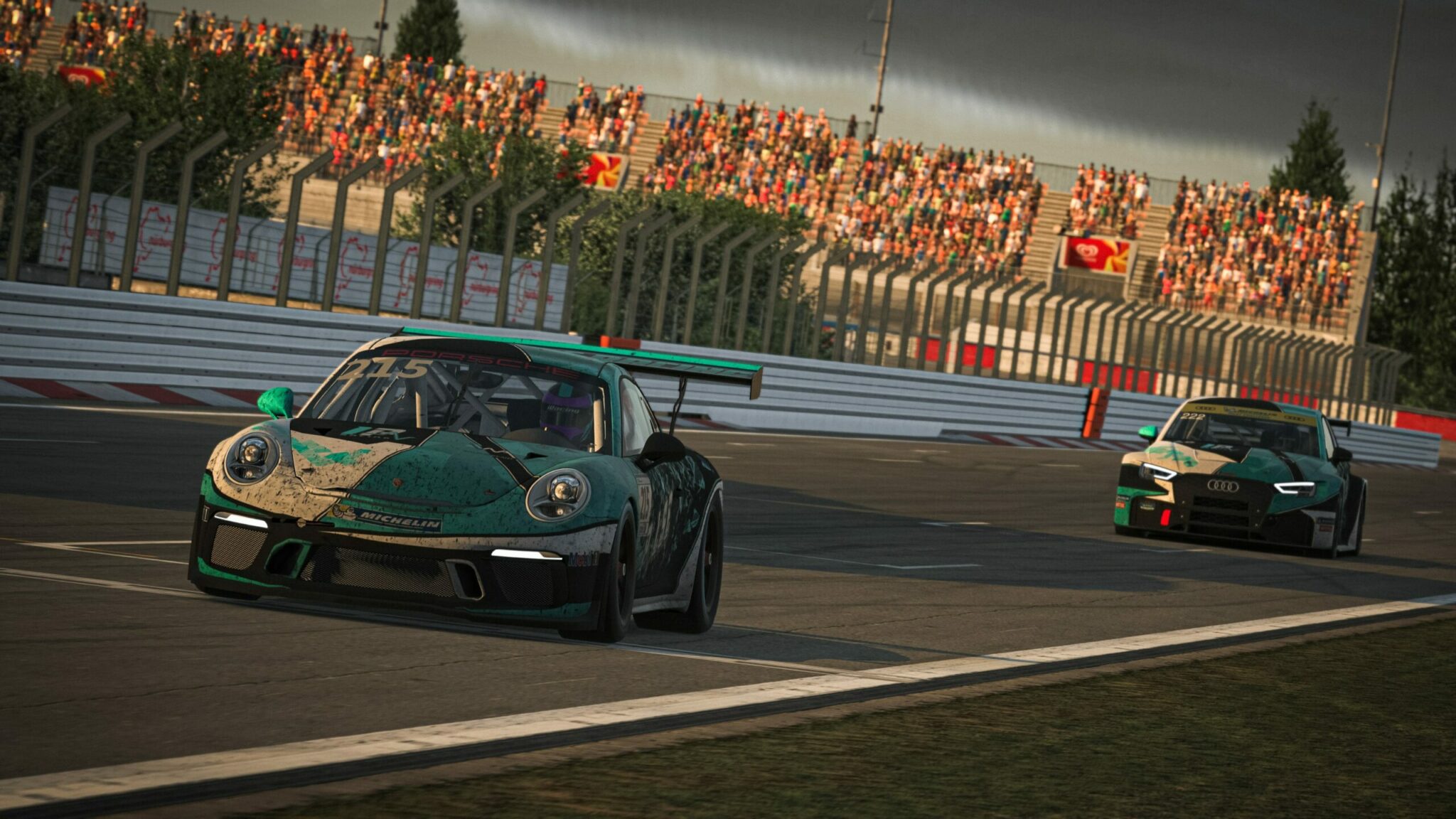 On the 24th and 25th of February, the Iracing Official 24H Nürburgring took place. The Nürburgring 24 Hours is a 24-hour annual touring car and GT endurance racing event that takes place on a combination of the Nordschleife ("North Loop") and the GP-Strecke ("Grand Prix track") circuits of the Nürburgring in Rhineland-Palatinate, Germany. Held since 1970, over the 25.378 km (15.8 mi) lap length allowing 4 classes in Iracing. GT3, CUP, GT4 and the TCR class.

Impulse racing brought 3 cars to the event, all in different classes. The following line-up drove the race:

Our drivers were up to a challenge being in very strong splits. The Porsche Cup and TCR car competed in the Top Split! Our GT3 was nicely up in the strong class in split 3. 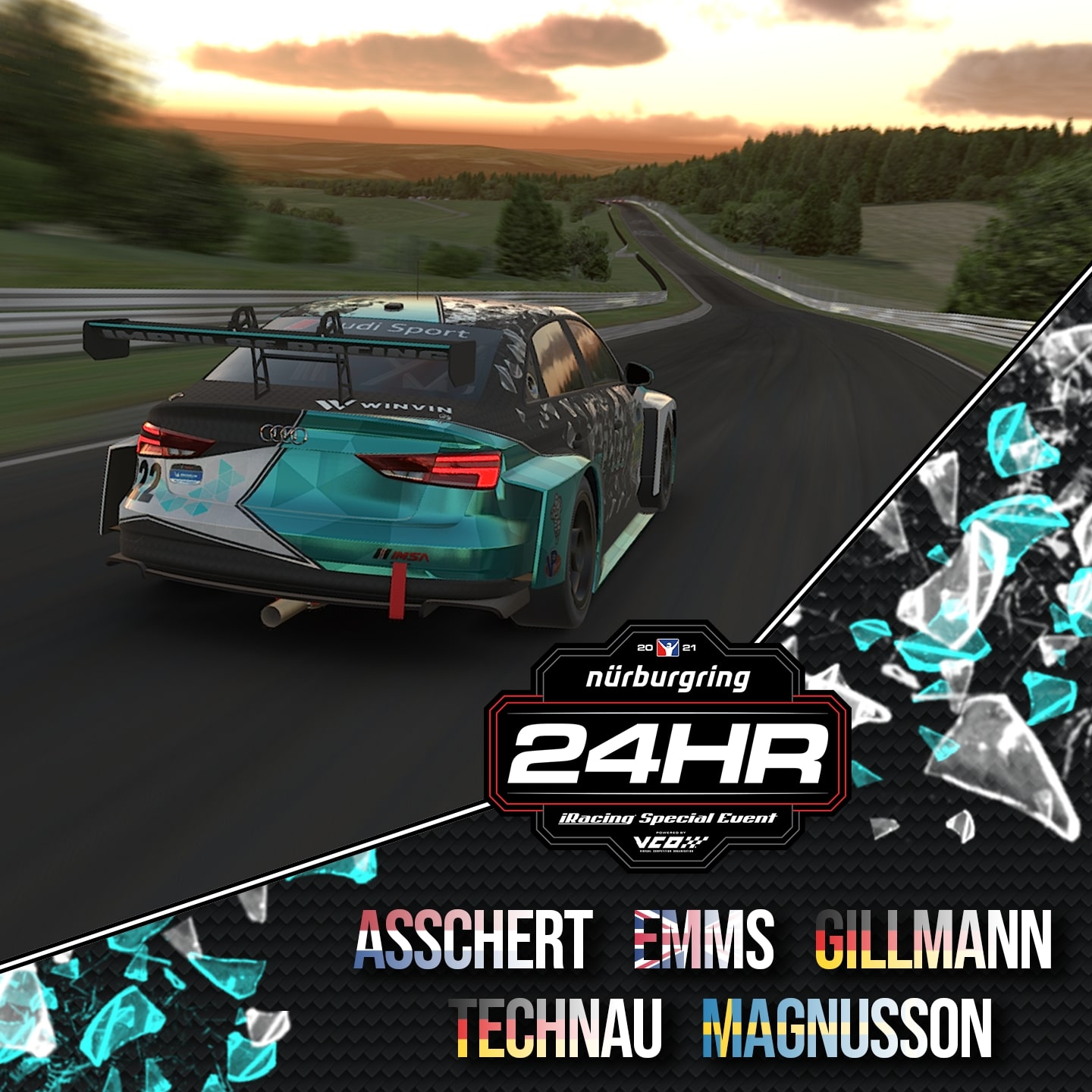 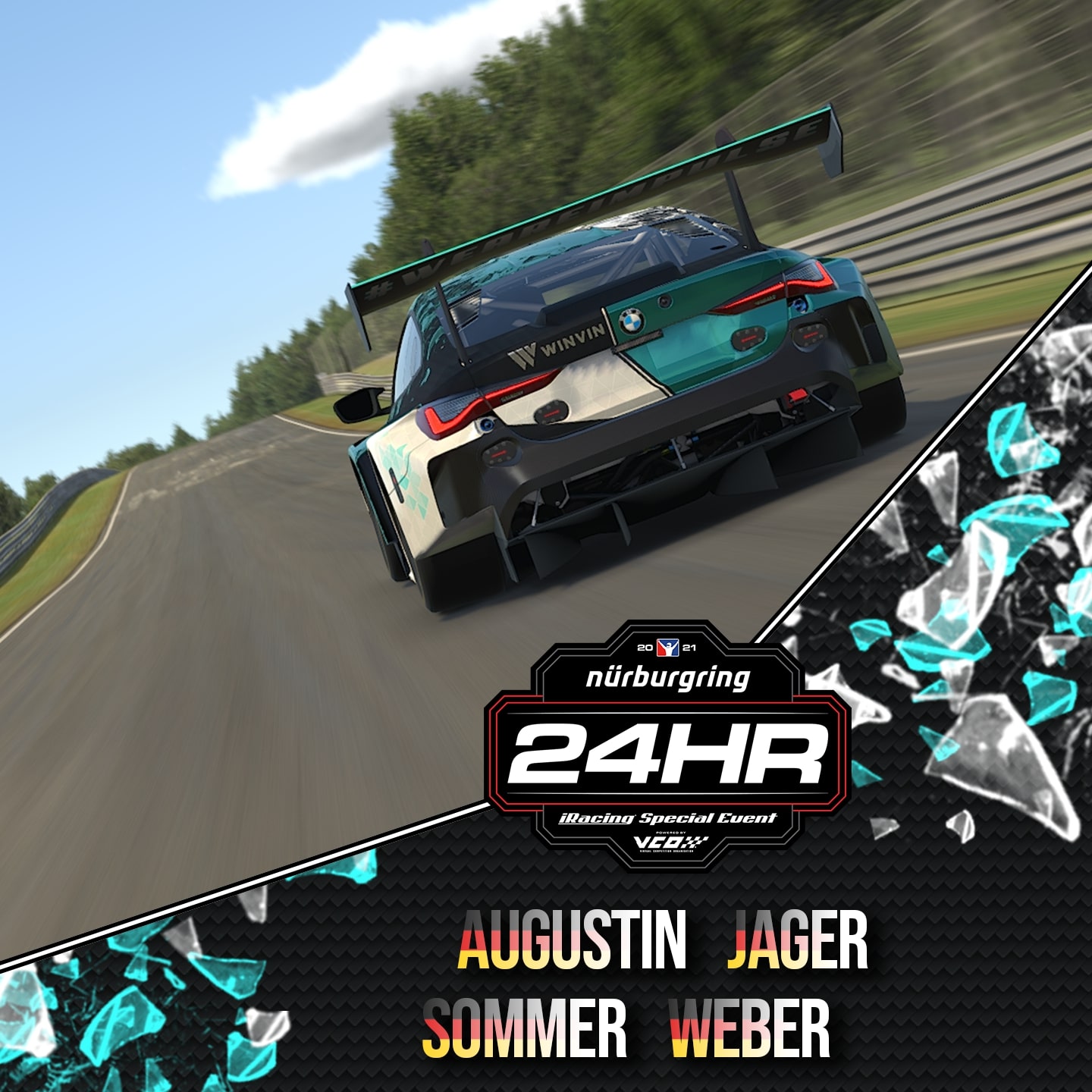 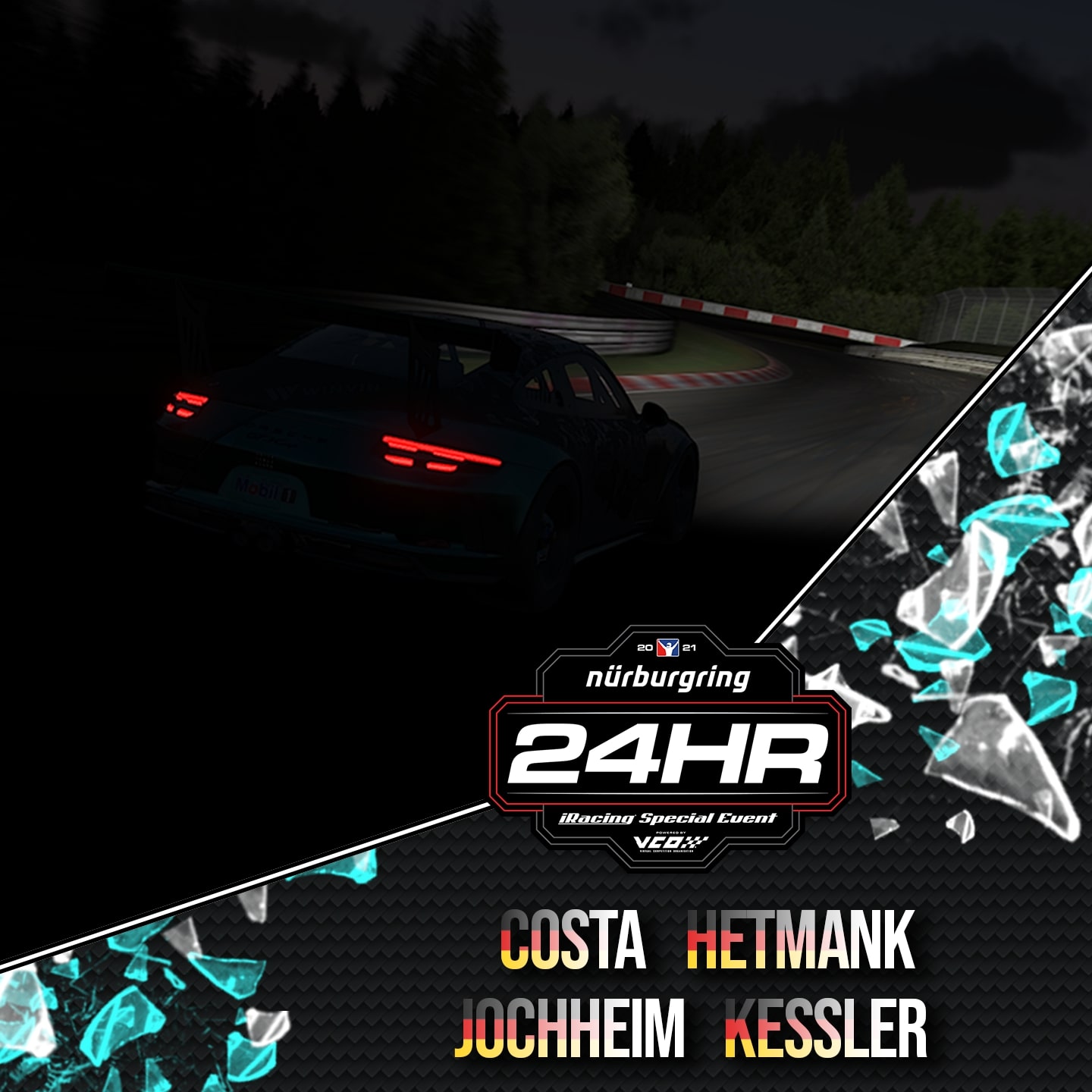 For our Porsche Cup, the race started with 6th place in qualifying. Pascal Costa delivered the qualifying lap and was stating after the race he didn’t optimize his lap at all. Nevertheless, a starting position at the front of the midfield to keep them out of most of the trouble during the start of the race.

The first quarter of the race went very well. Pascal Costa drove the opening stints showing some very promising pace, followed by the other guys putting in strong consistency and driving. It even resulted in moving up the field slowly, seeing the Impulse Porsche Cup car fighting for P2 with the well-known Ascher racing team. The team to have been dominating the DNLS VRS series. One very scary moment arose during the first hours, where Pascal had a huge save before driving onto the back straight. The twitch clip had been added on this clickable link, very well worth watching it back!

Coming into the night and during the night some trouble started. Marcel Jochheim had some unfortunate moments, resulting in some repair time. This dropped our Cup car back into 7th place on about two laps. Coming out of the night this 7th place started to improve again. Showing some real determination to get the car clean through the rest of the race all drivers showed to be strong drivers. With a 20-degree shifted wheel and 10kph top speed loss they kept the car turning the laps and not without result.

A very good result arose! On the track, other Porsche Cup teams started to make mistakes and getting problems. Even in the last hour of the race, the competition made mistakes, giving our Impulse Racing Porsche Cup car a very strong 4th place in the top split! A result to be very proud of even when the feeling was there a podium could have been possible! 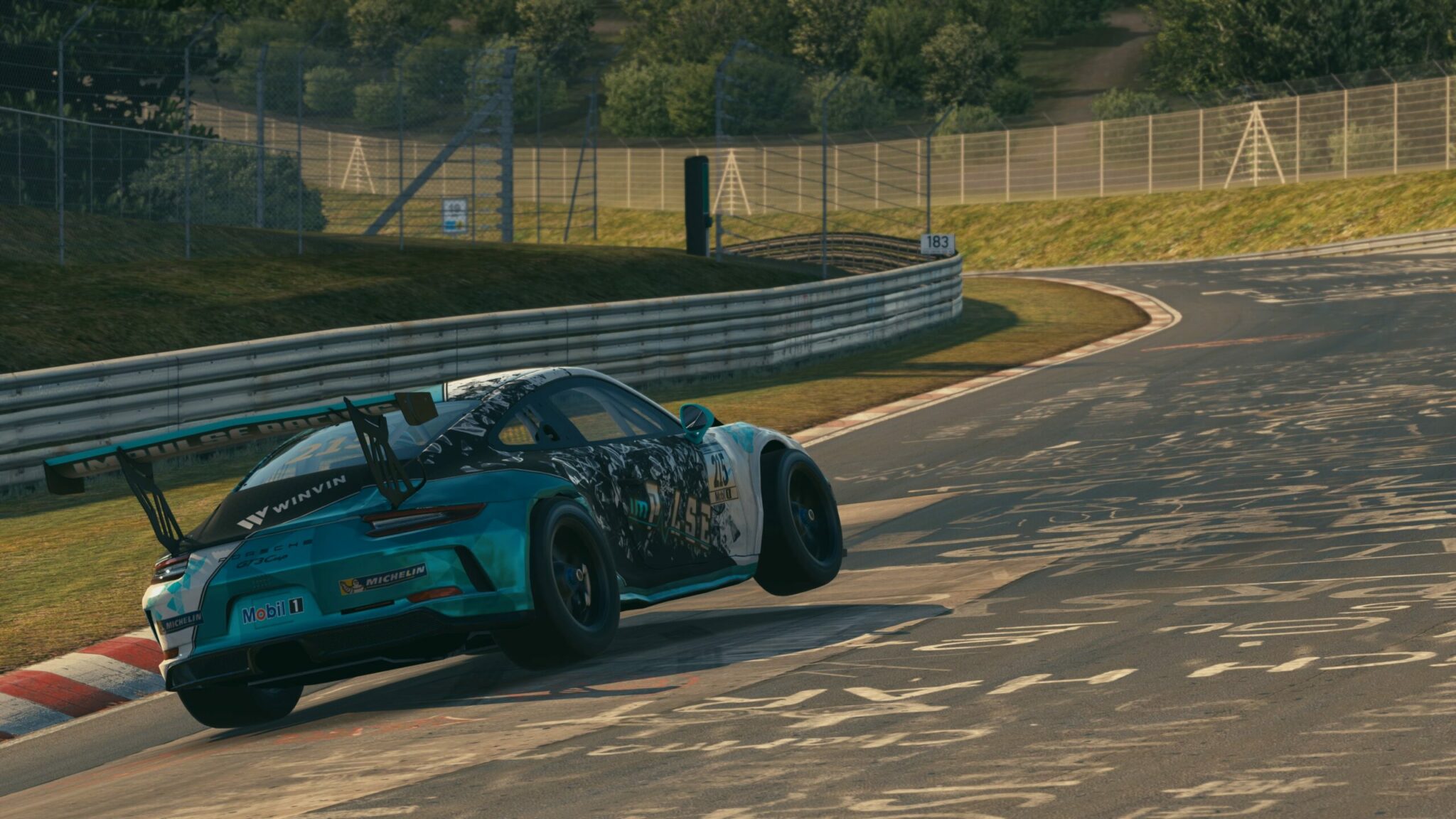 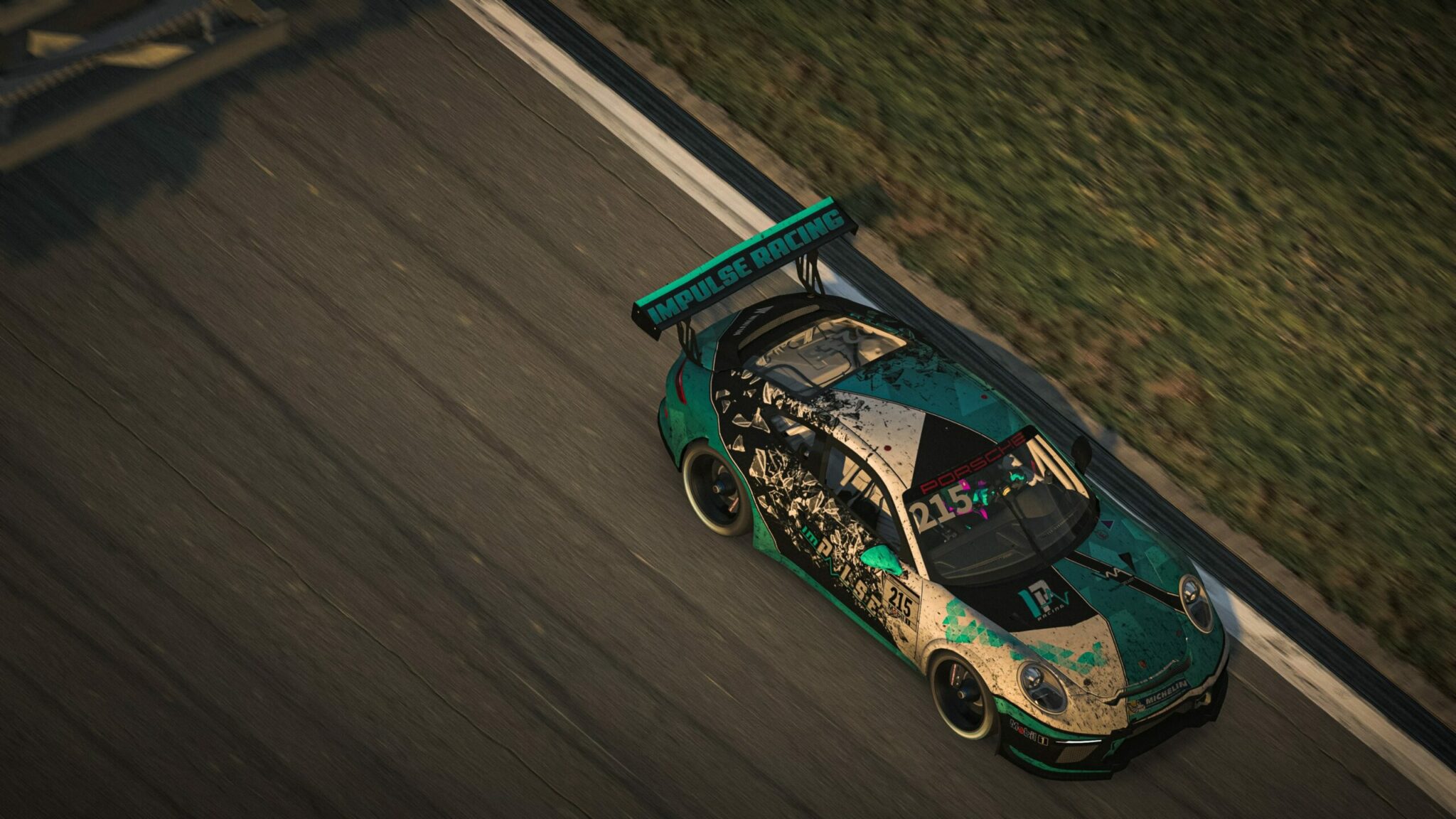 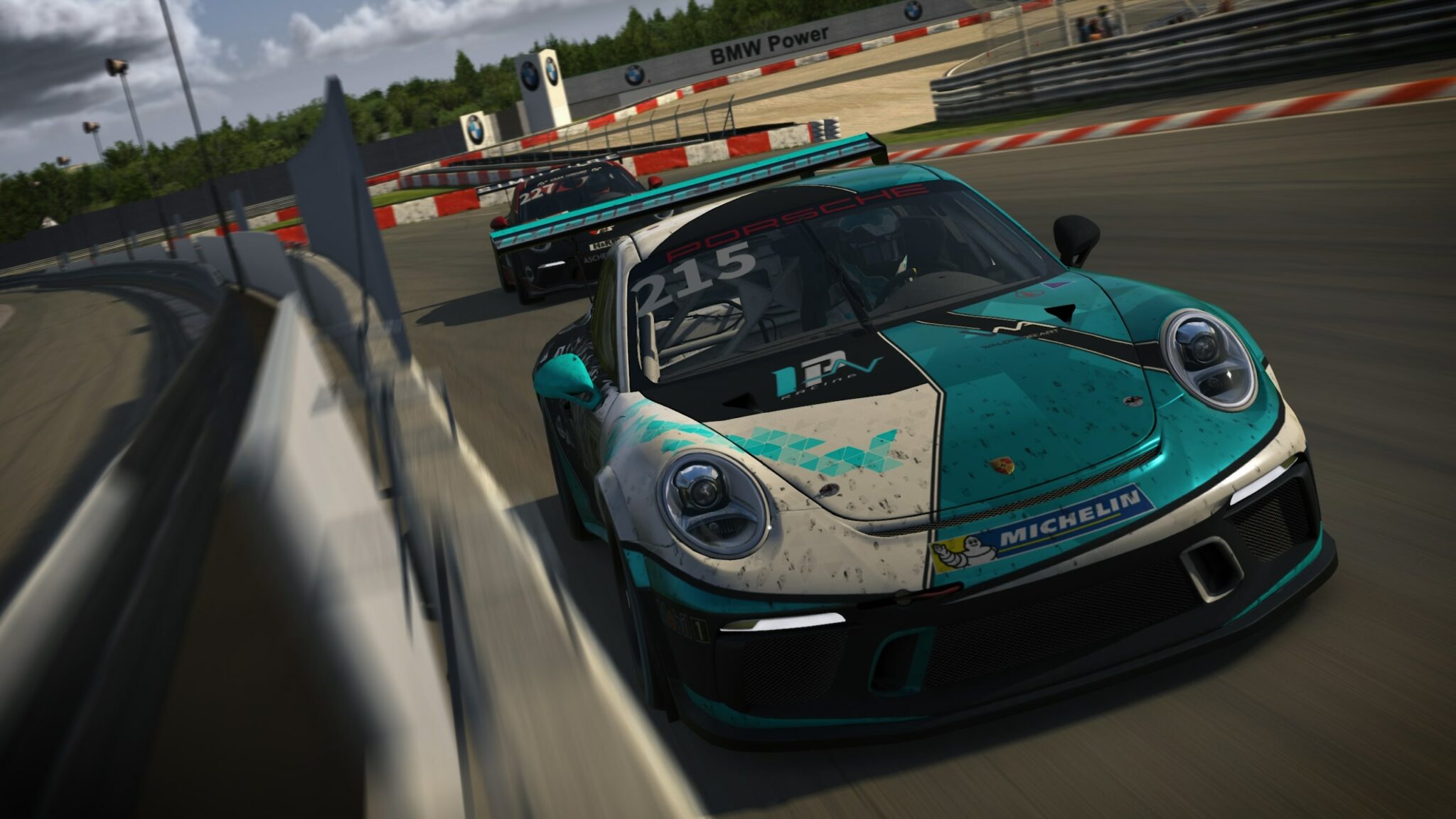 A strong fourth-place finish for the Impulse Racing TCR keeping the car clean!

After qualification, our TCR car found itself in 8th place, right in the middle of the field. A good lap of Martijn Asschert in top split with the best TCR drivers of the world on the iRacing platform. He continued to drive the car in the first stint, which was clean, and defined by the regular train driving we are used to in the TCR. At the end of the stint, a small fight arose with Race Clutch, which lost them the train of cars and would not be the only fight with this team. After the first stint, an early stop was made to avoid the first time the traffic would pass, which paid out to be a good call winning them some time and moving a couple of positions up the field.

The whole race was very strong in safe consistent driving. After 24-hours the car was completely clean. The pace compared to the top guys was, unfortunately, a bit off, which meant keeping it safe and clean would be the best possibility to optimize the result. Before driving into the night and due to two TCR cars having trouble, the Impulse Racing TCR found itself in 7th place after 8 hours of racing.

If you would have gone to bed and woke up 10 hours later, you were up for a very nice surprise. You would have woken up to a very intense battle, nicely presented by the guys of Racespot giving a very nice broadcast of the races as always. Andreas Gillmann had a very intense battle with the Race Clutch TCR and showed his strength in winning this battle and driving away before boxing and giving the car to the next driver. In the meantime, Martijn Asschert joined the Racespot commentary box for a nice interview. Very much worth listening to it back. You can watch it back below:

Not only the fight was nice to wake up to. Also, the progression in the standings was very nice to watch as well. The night wasn’t without any trouble for other teams. This resulted in a 4th place track position at the time Andreas finished his stint. 18 hours into the race. It was very close from 4th till 6th place. The top three were already far ahead.

These close fights made the final 6-hours intense and interesting for our TCR drivers, needing to optimize the pace they had for the race. It was a full fight for 4th place between our TCR, Race Clutch and Fiercely Forward. We can proudly say, our drivers kept the car clean, made sure to maintain the pace and, just like our Cup drivers, drove the 4th place result in the top split of the iRacing Official 24H Nürburgring. What a result and again something to be very proud of! 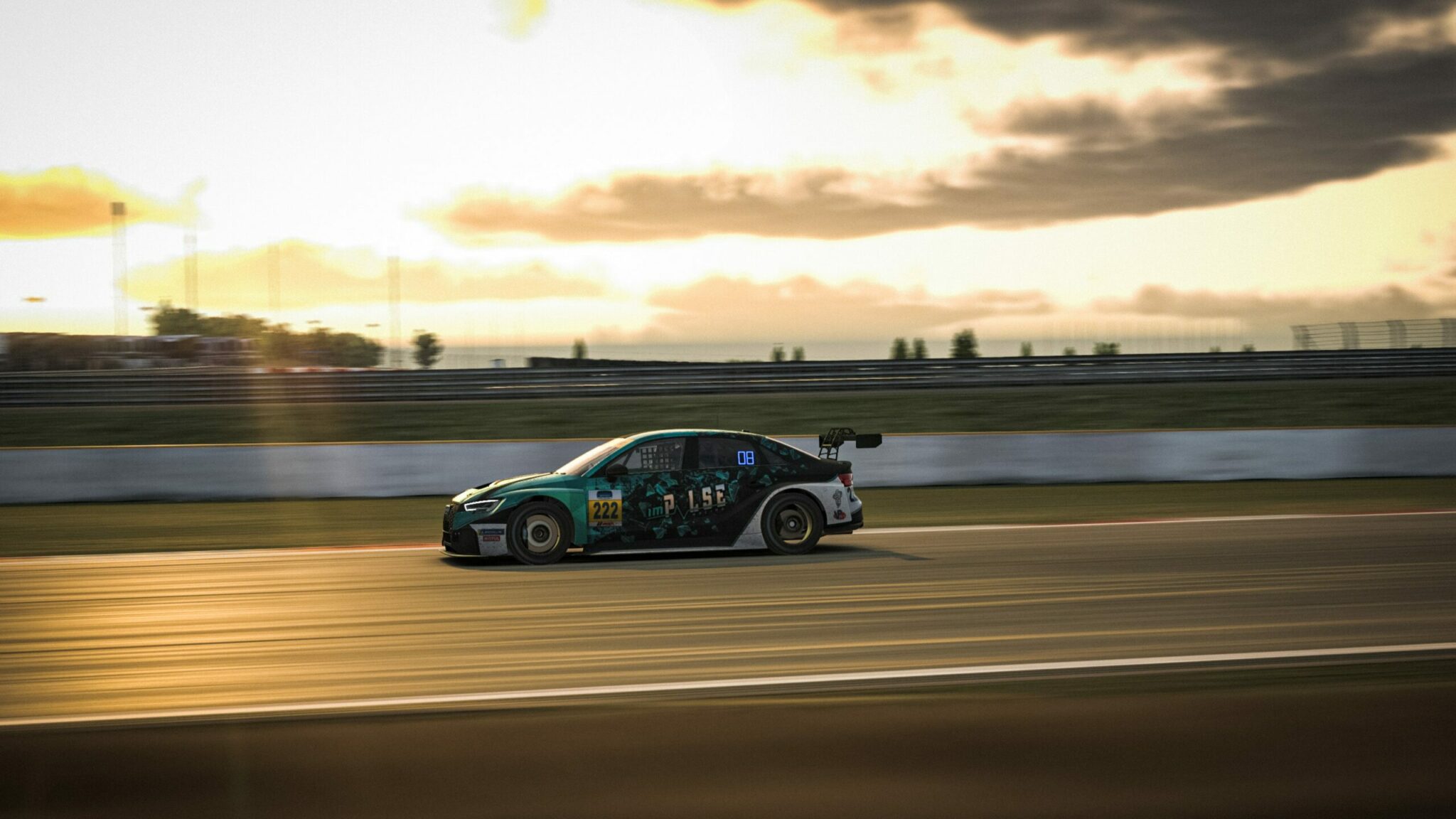 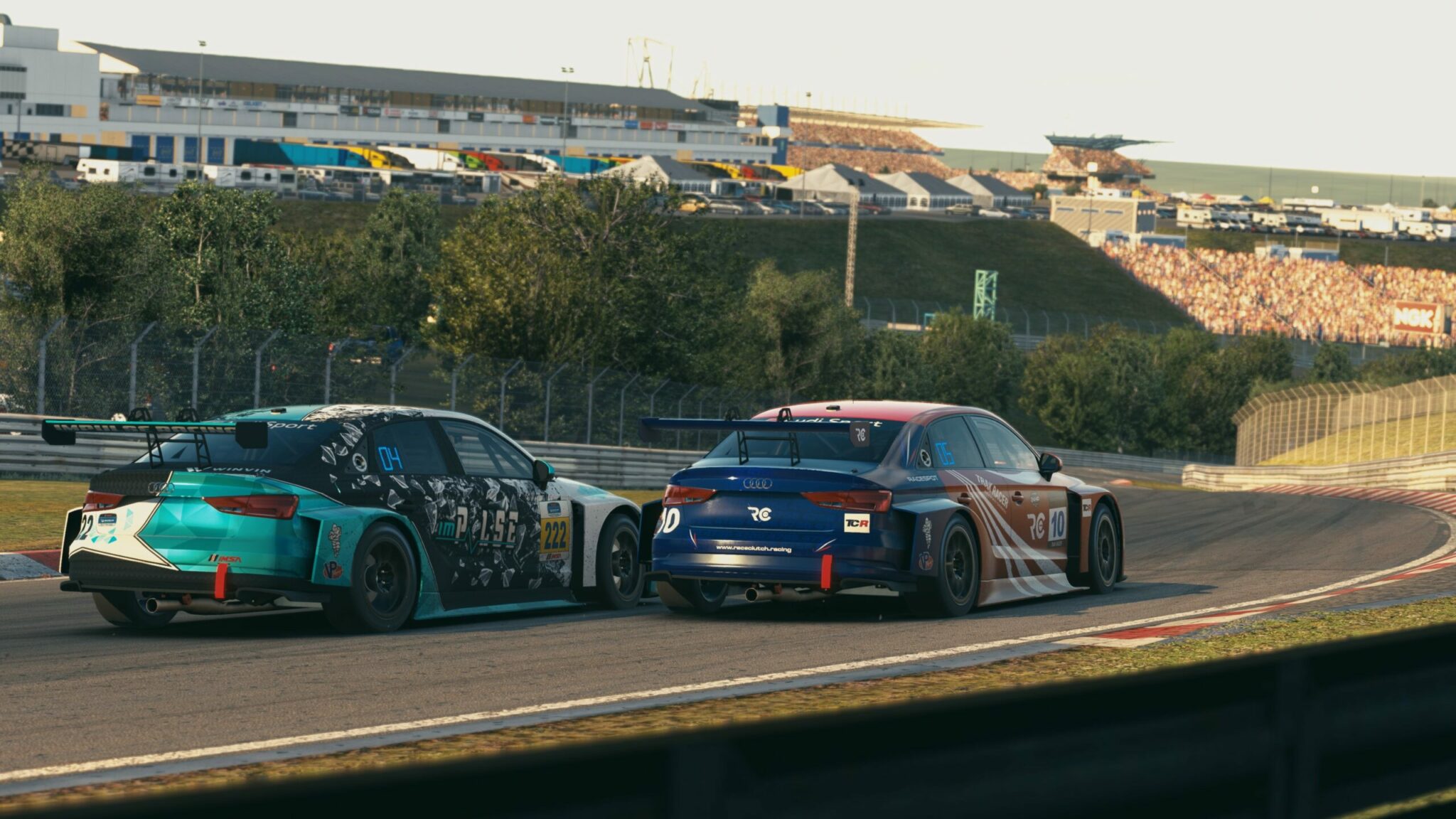 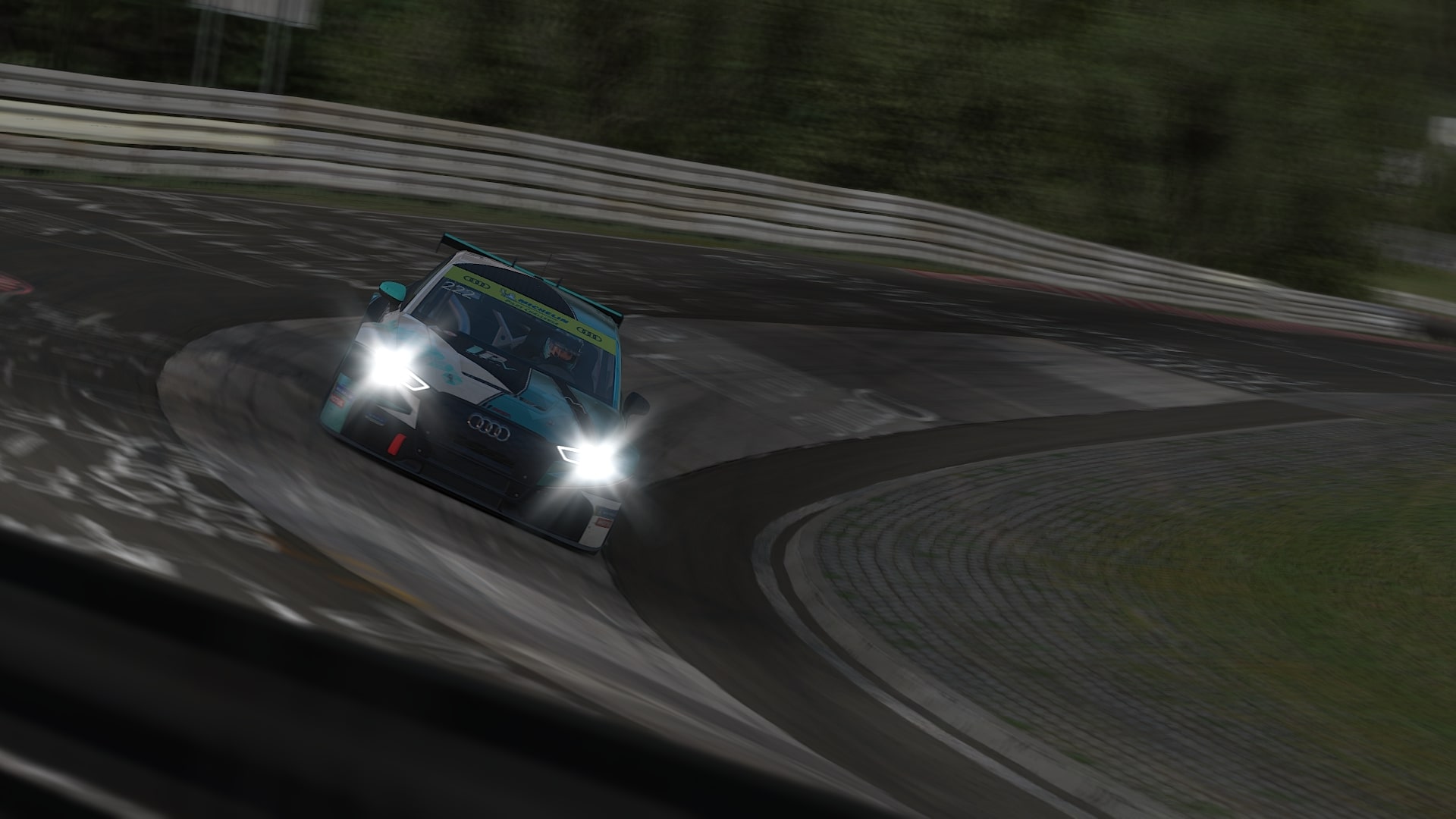 Podium for the Impulse racing GT3 in split 3 after a recovery drive!

The always very strong GT3 class was very high on registrations. This resulted in split 3 for our GT3, but with a 5,1k SoF. So no joking around with such a strong field! Nevertheless, the pace and line-up of our GT3 car was strong and qualification showed this. With a safe lap, Daniel Sommer put the car in 6th place. A good starting position to get a safe race start with.

From the race start until the beginning of the night the main focus was, bringing the car safely through the first 10-hours. And our GT3 was successful in that. Not only were they successful in keeping it safe, but also were they able to move up to the front of the field. With, at the beginning of the night, a second-place track position, close to the leader of the race. A very good start to the first half of the race.

Then small disaster stroke. A crash in the middle of the night and some serious repairs needed. After the repairs, the drivers found themselves a couple of laps behind the leader and dropped back into the midfield. A lot was happening during the race and the determination to finish the car was high. So, it was heads down and turn the laps until the countdown timer showed 00:00. We all know on the iRacing Official 24H Nürburgring everything can happen!

Also, this determination was not without reward. During the rest of the race, a couple of positions were gained on track. The car remained to have a decent pace after, luckily, some decent repairs. In the last hours of the race, some more GT3 cars got into trouble, with for example second-place GT3 having a crash. This made for an excellent comeback drive showing great mentality. A nice reward was given in the sense of a podium finish. Third place for our GT3 guys! Well done and well deserved! 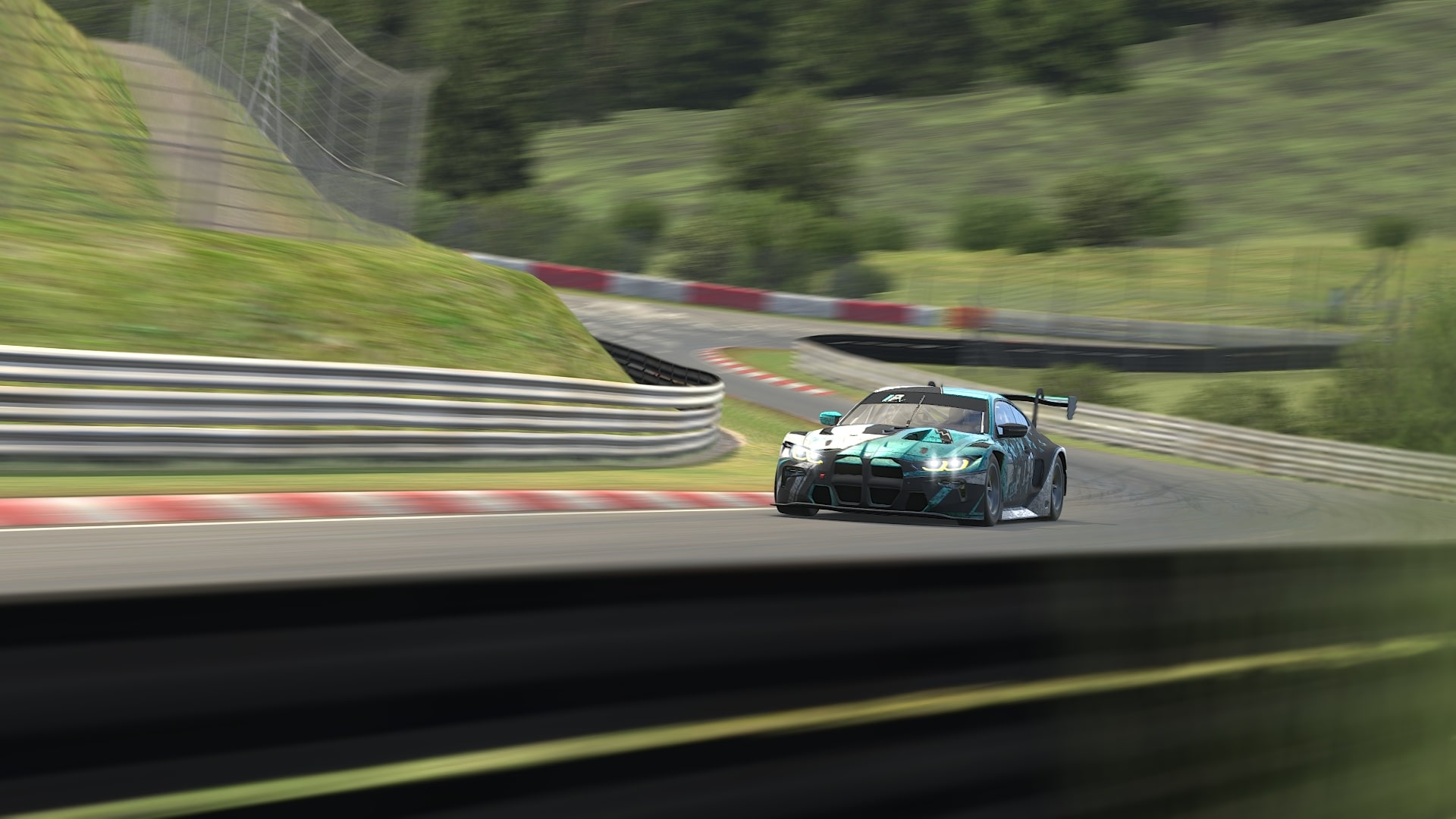 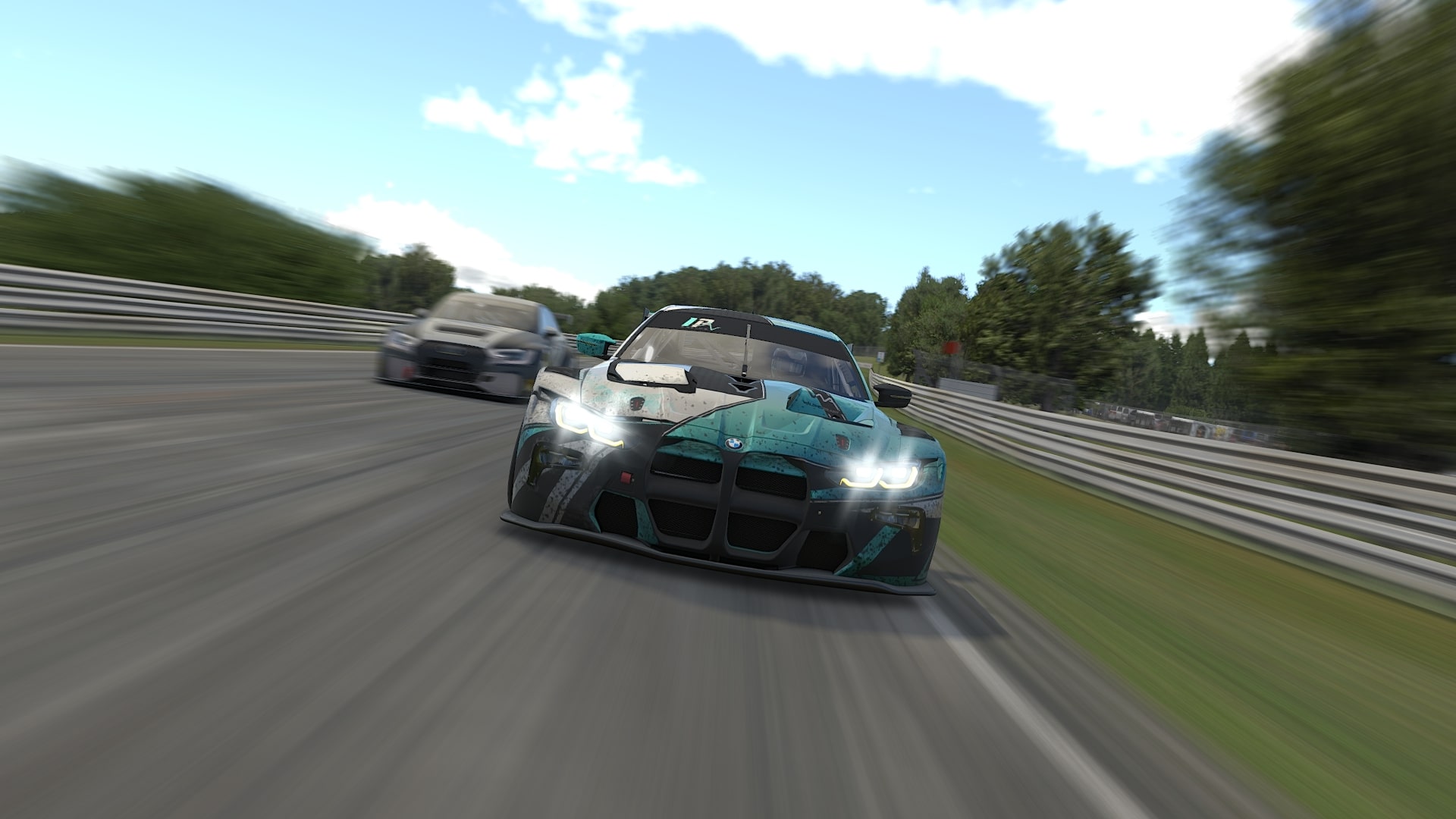 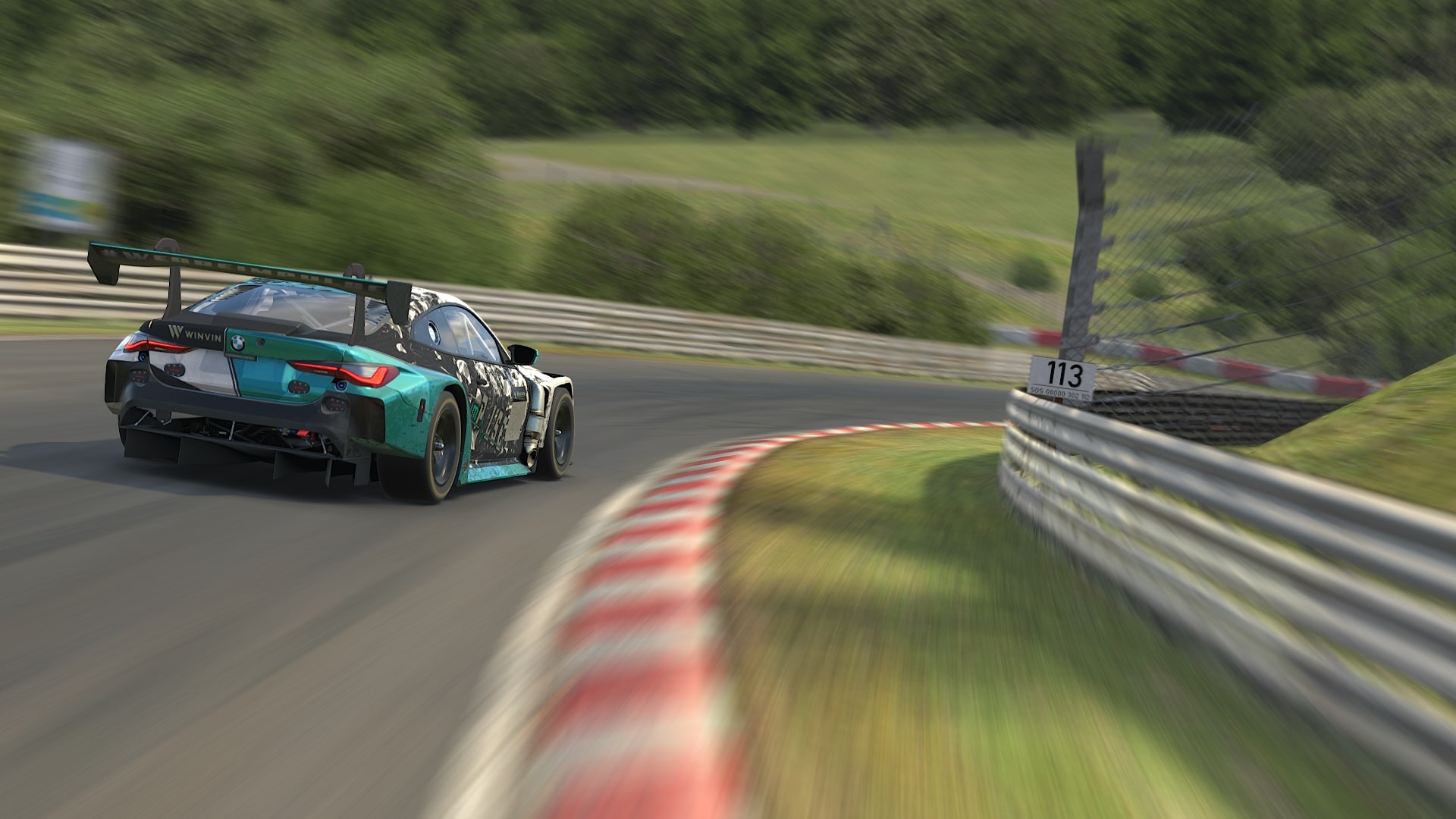 Thank you for all your support!

Summarizing this event, we are very proud of the results we accomplished. Participating in the top split is something every team wants to achieve and we are aiming to keep on working and getting into these splits as much as possible. With these results, we prove we can be part of these top split events, including the fact that we can put in the top 5 results.

A big thank you to all kind messages, all the hard work from the team and our partners WINVIN, Waldherr|Art and Simracingcockpit.com. We are looking forward to the next events! Let’s meet again!

For the full broadcast of the iRacing Official 24H Nürburgring see the 4 parts (split into equal parts of 6 hours) below:

That was our year 2021, Impulse wishes you a happy new year! TCR and Porsche shine with Championships,