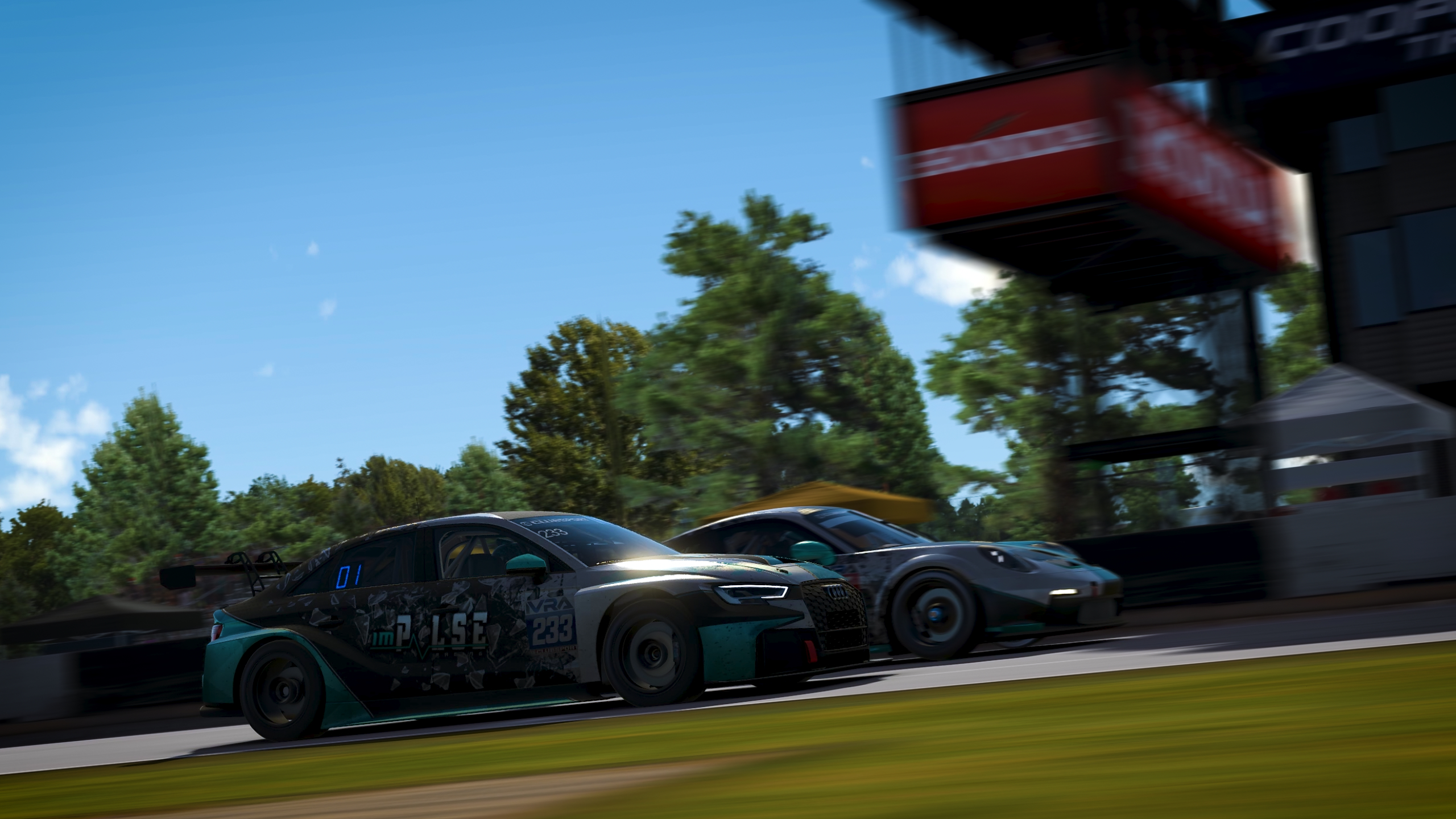 When you have the perfect Impulse Racing picture at the finish flag!

There we are again. Another weekend of IVRA Clubsport racing for Impulse Racing. A full 55 car field with Porsche Cup cars, GT4’s and TCR cars. And for whoever paid attention to the title of this article. Yes, it was an amazing race weekend for Impulse Racing, but not without any nerves at the end of the race.

Round 2 of this year’s IVRA Clubsport season took place at the Mid-Ohio Full Road course. To be exact there would be 111 laps of racing, which is about 2.5 hours in time. It is a difficult track considering traffic. A narrow track with mainly overtaking possibilities in sectors 1 and 2. After that, even for the faster classes, a lot of patience is needed as there is no real “safe” overtaking possibility possible. This directly means qualifying is very important for a good result.

Did we mention qualifying was important for this race? Well, our drivers executed it perfectly. 15-minutes of putting the cars on its absolute minute to get the best lap out of the tires. Nathan and Alexander made sure that happened, putting both the Impulse #233 TCR and Porsche Cup car on pole position. Excellent job guys! The #233 TCR got a little help from our #222 TCR car giving a nice tow. Unfortunately, Martijn was not able to get the absolute perfect lap in afterwards. In this field of TCR cars, the differences are very small, so our #222 found itself in sixth place. 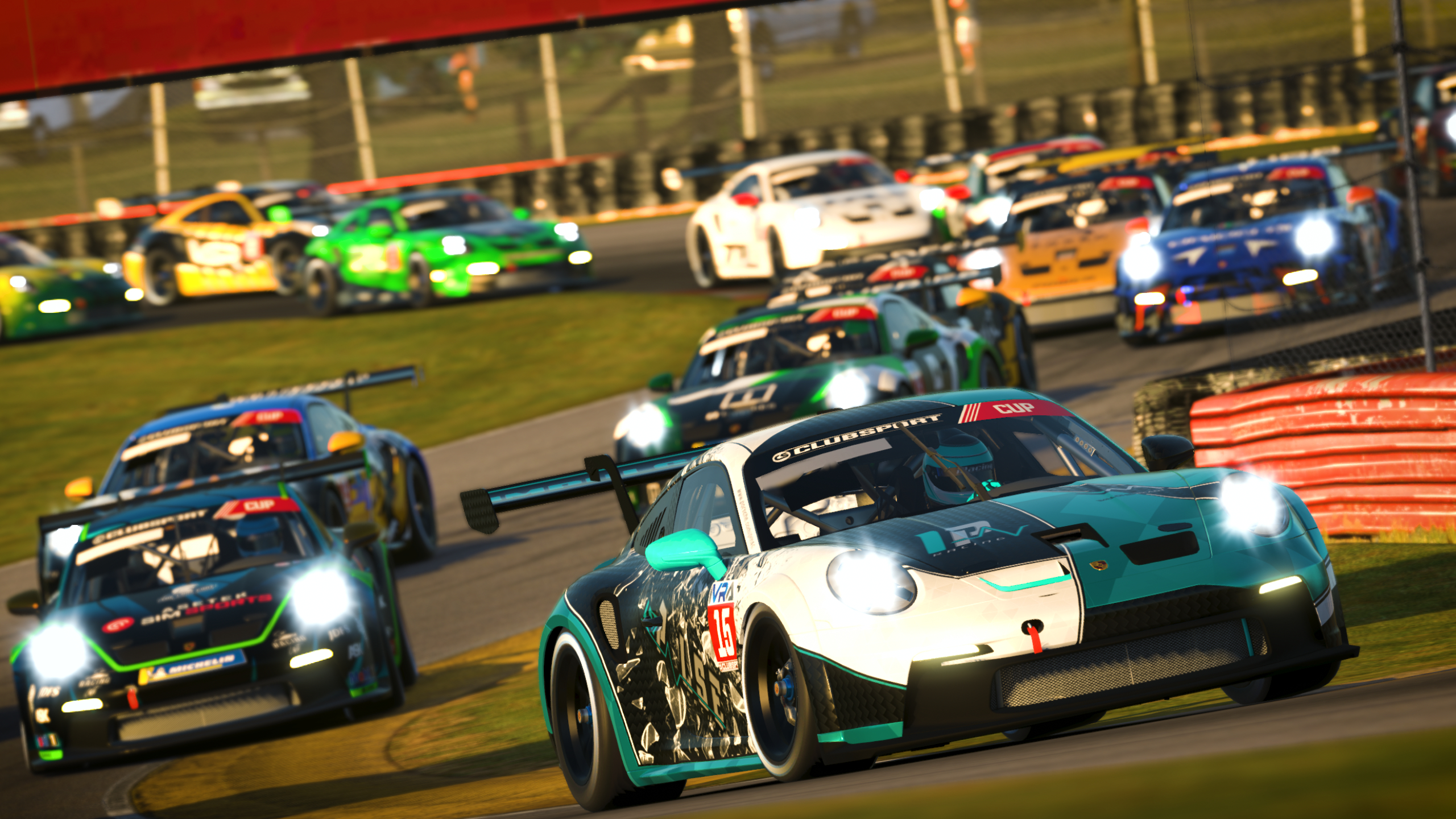 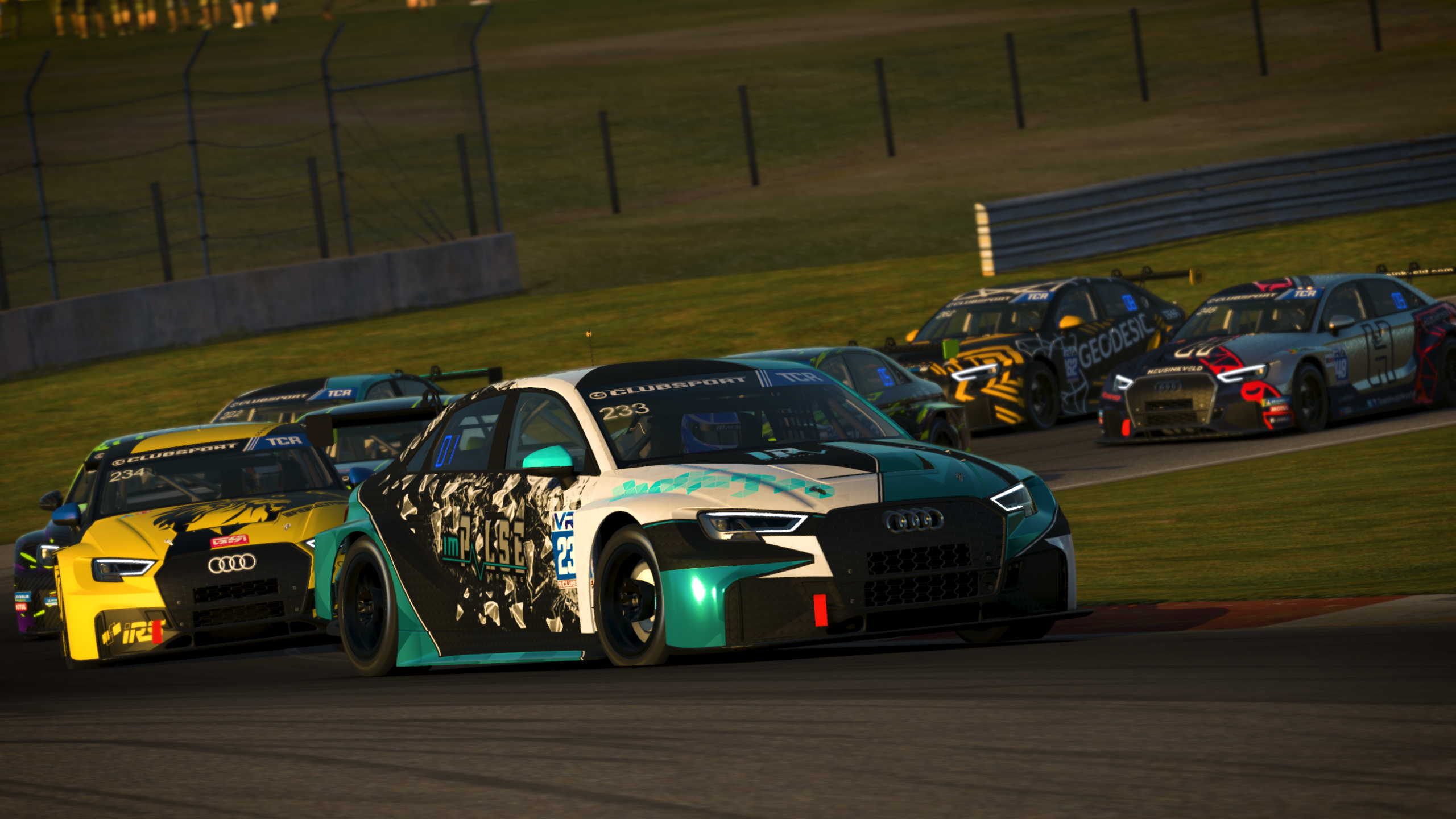 We start with the Impulse Racing #222 TCR car because there is something special with the number lately. It does not seem to get very lucky in the IVRA Clubsport season until now, but you never know when this luck turns. Martijn performed very well in the first stint. After the start, he immediately got a position and moved up into fifth place. Shortly after he took advantage of the traffic and followed a car through, which moved him into fourth place right behind second and third. Until the pitstops, no change anymore and Chris Shorter jumped into the car. With a full tank of fuel, Chris started his stint and had a tough fight with the Heusinkveld TCR car. They went on a slightly different strategy, which resulted in a pass on our car. Then bad luck arrived. A Porsche cup in front of Chris braked very early, which resulted in contact and got the #222 a penalty. After the second pitstop and serving the penalty in the last corner a GT4 also crashed into the side of the #222 car. Damage and lots of pace loss. Damage control needed to be done, but better as a sixth position turned out not to be possible. 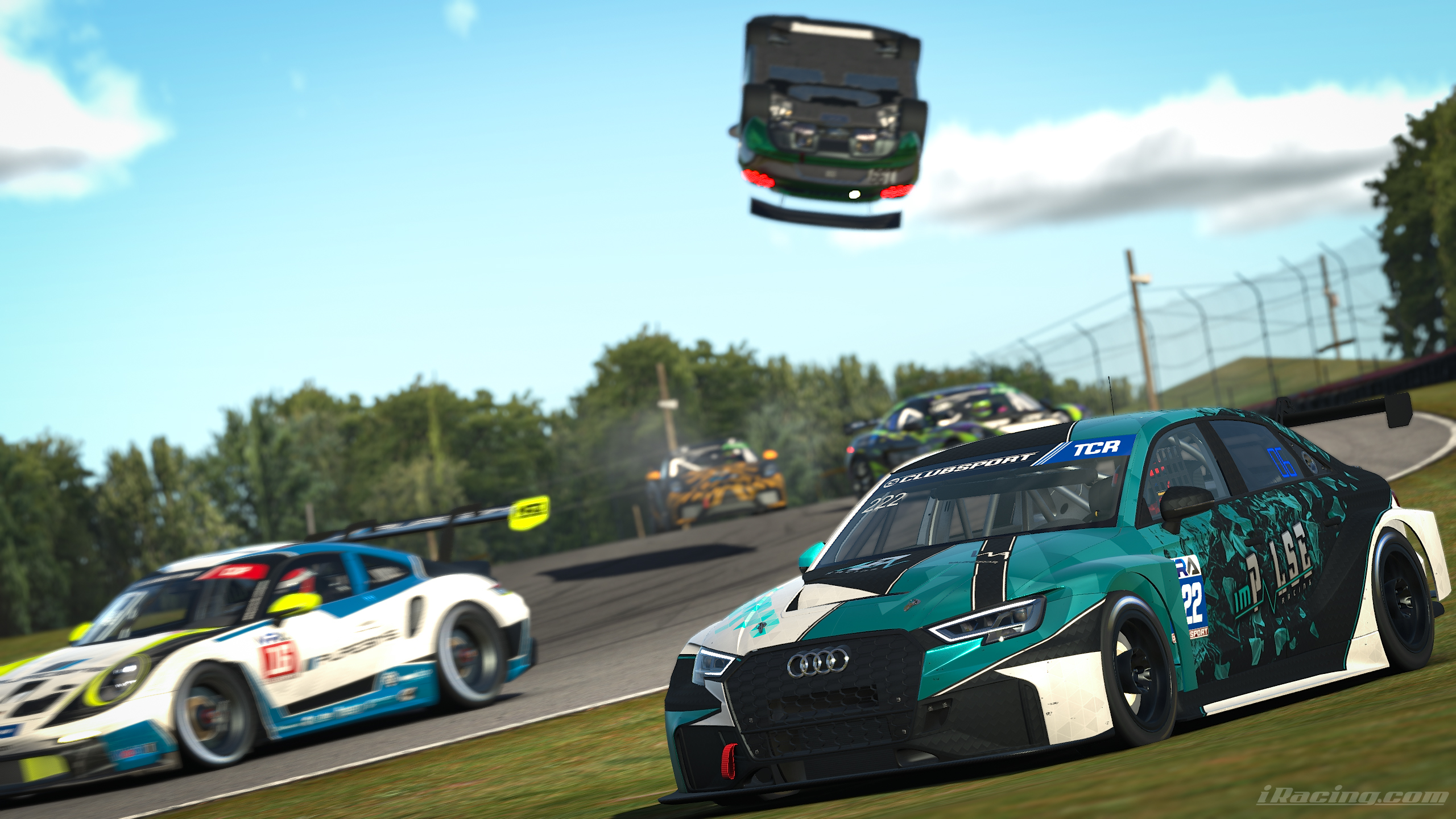 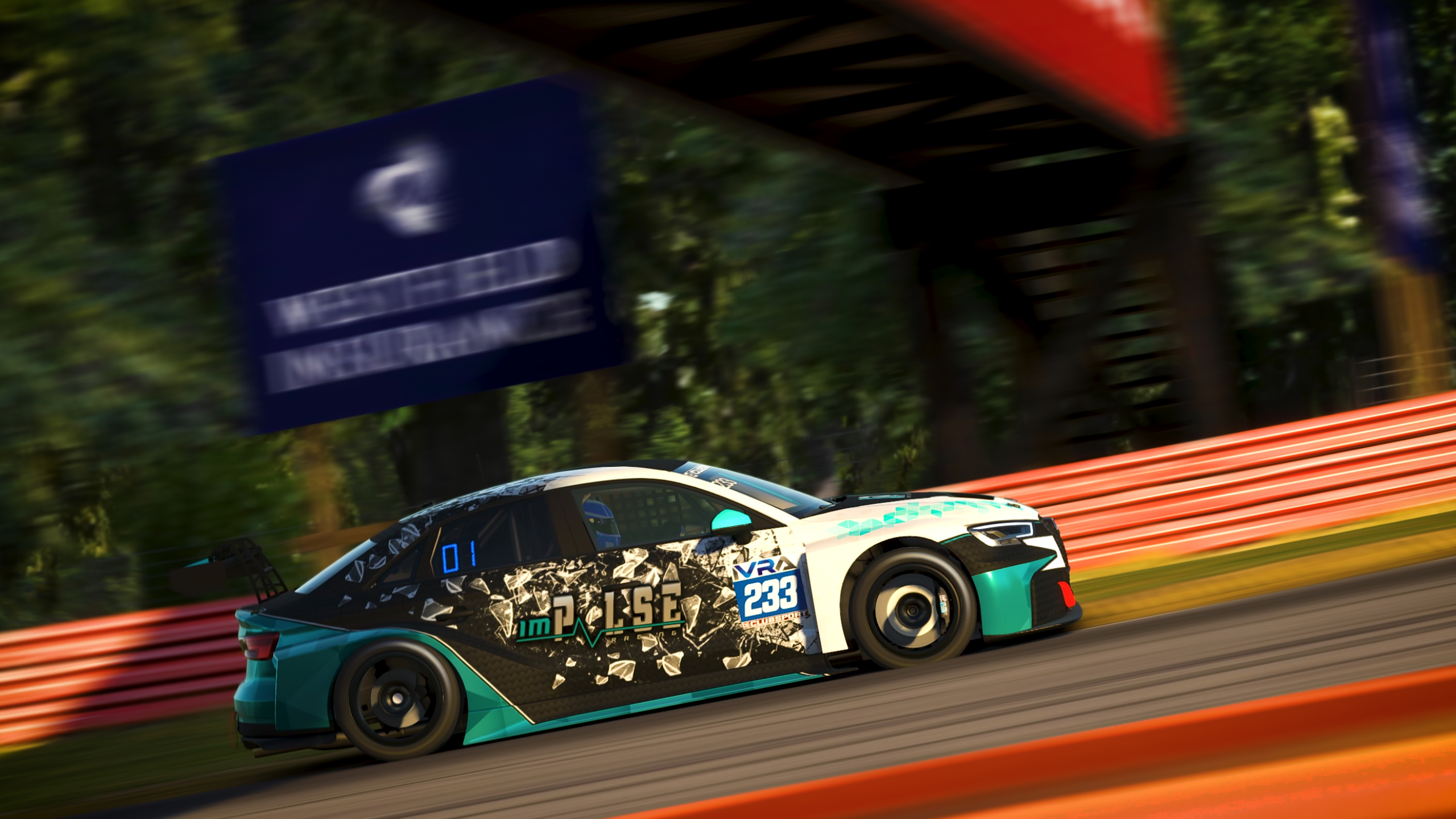 Luckily two other Impulse Racing cars are in the league. And those performed excellent and luckily stayed out of trouble. The Porsche Cup controlled the race, just as the #233 TCR did. The #233 TCR even got a significant 15-second gab and was fully in control. After Nathan, Christopher Emms would drive it to the end. For the Porsche Cup car after Alexander, Pascal Costa would take over to drive it until the finish flag. The Porsche Cup drove a bit of a different strategy due to a tire change. Other teams did not put on tires, which meant Pascal needed to gain position during his stint. For the next stint, no tires would be needed, which could result in a big gain on the other teams.

All seemed very under control, without any big difficulties especially for the #233 TCR still having a gab of 10 seconds with about 20 minutes to go. The Porsche Cup car in the meantime moved up to first place due to the pitstop strategy, just closely followed by second place. Then it happened, the first safety car of this season IVRA Clubsport. And not a nice one so to say. As mentioned, the #222 was a sitting duck with damage on the car, losing positions. But the other two cars had the comfort of leading the race on a track where overtaking is very difficult. Now all gaps were closed again and traffic was bunched up. Christopher told the following in the interview room after the race:

I needed to really change my mindset during the race. We were leading very comfortable, having the pace over the whole field. Everything was going to perfection. I got the car from Nathan in the perfect spot, was in a good flow and ran the traffic nicely. Then with that safety car, the pressure was full-on and my mindset needed to go from being conservative and saving the tires to full sprint race mode. It was a very intense race-ending! 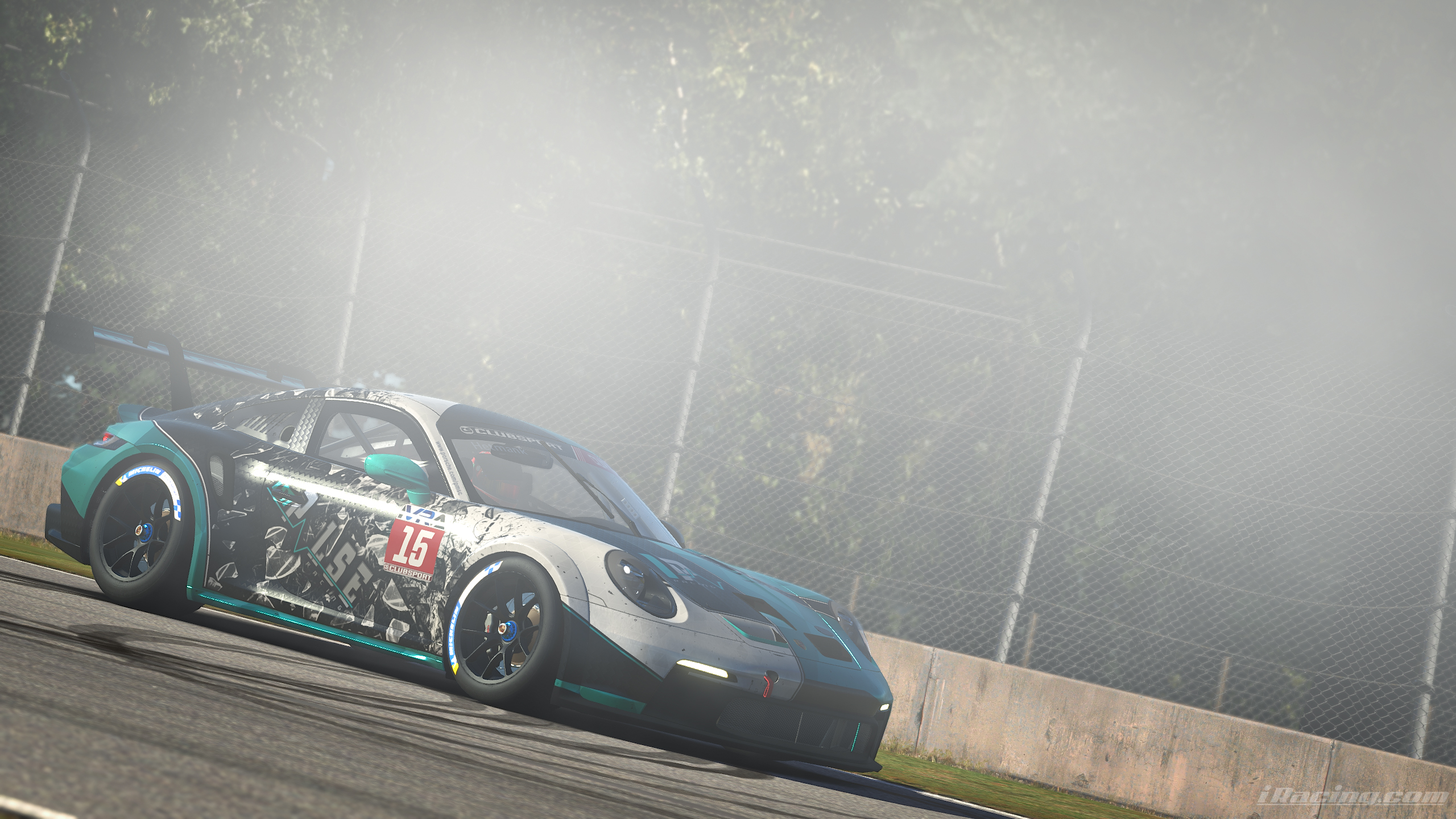 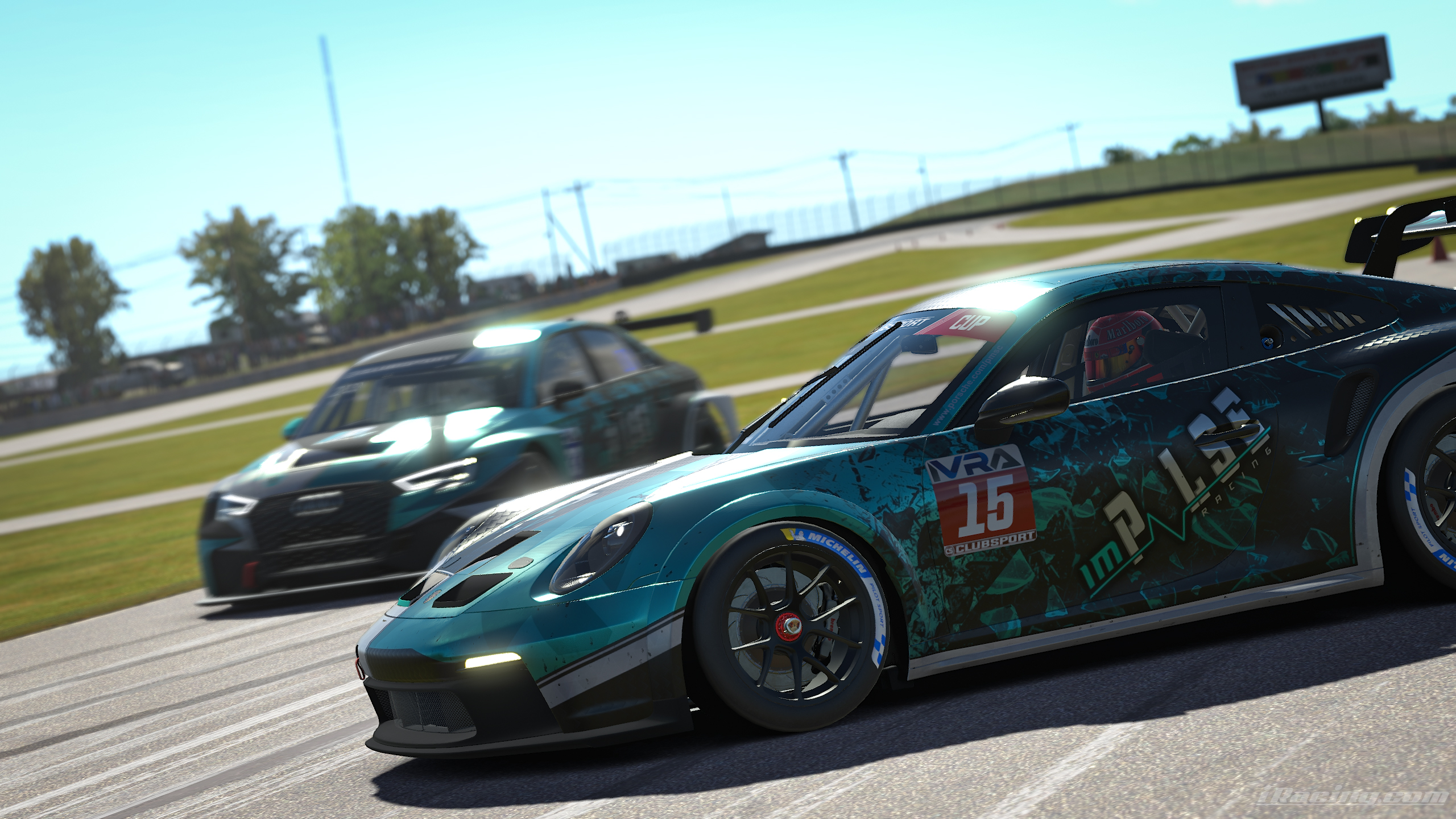 In the end our drivers did not crack under the pressure. After a very strong safety car race restart both Pascal and Christopher were able to create a little gap. Enough to make sure the traffic would stick their nose in between the competition and not gain the advantage on the pace. A double race win in the second round of the IVRA Clubsport is the result! And we are very proud of that!! After the #233 TCR won the season opener already our third win of this season!