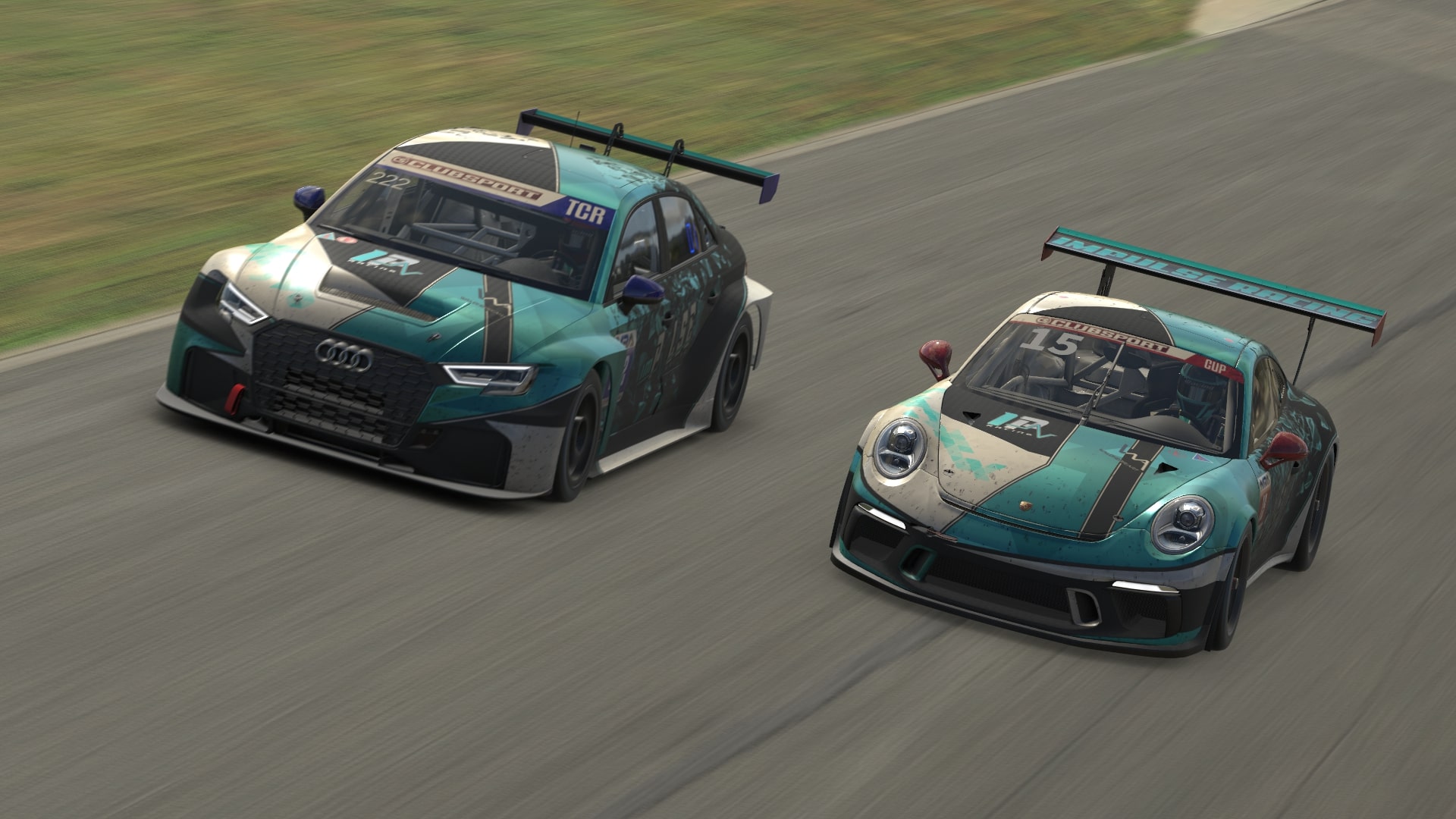 Trying to limit the point losses in a chaotic race!

Last Saturday, round 3 of the IVRA Clubsport season took place at Barber. With this race, IVRA Clubsport Season continued again in the United States of America. Barber Motorsports Park is an 880-acre (360 ha) multi-purpose racing facility located in Birmingham, Alabama.

Front row qualifying for the TCR, Porsche Cup in the midfield

Starting with the 15-minute time slots for qualifying, the TCR was better prepared for qualifying as the last race. The hard work paid off and the Impulse Racing TCR qualified at P2. The Porsche Cup had a bit more trouble in qualifying, including a minor contact with another team. Nevertheless, they qualified in the midfield of the pack. With these results, the IVRA Clubsport Season continued with the race. 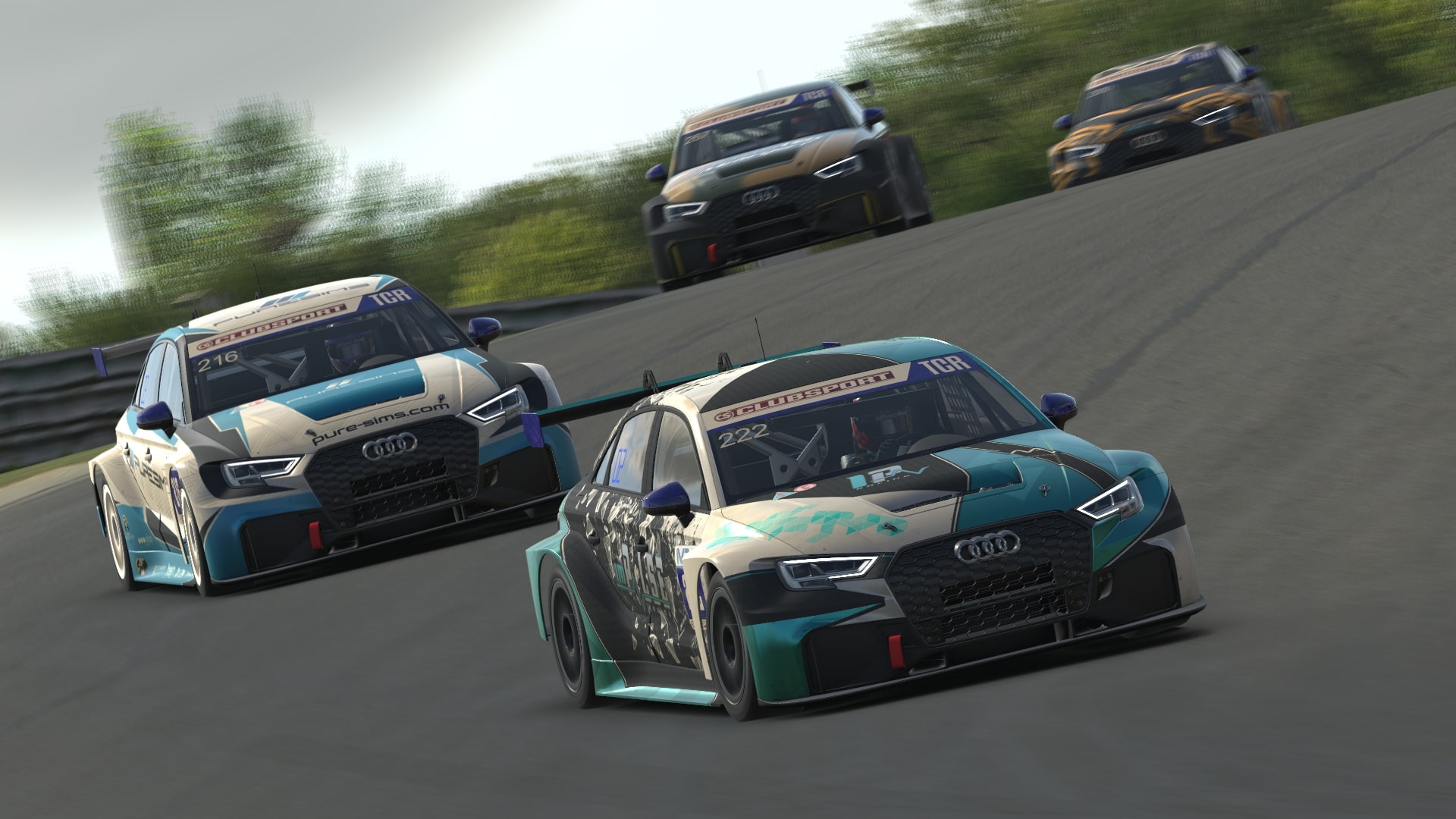 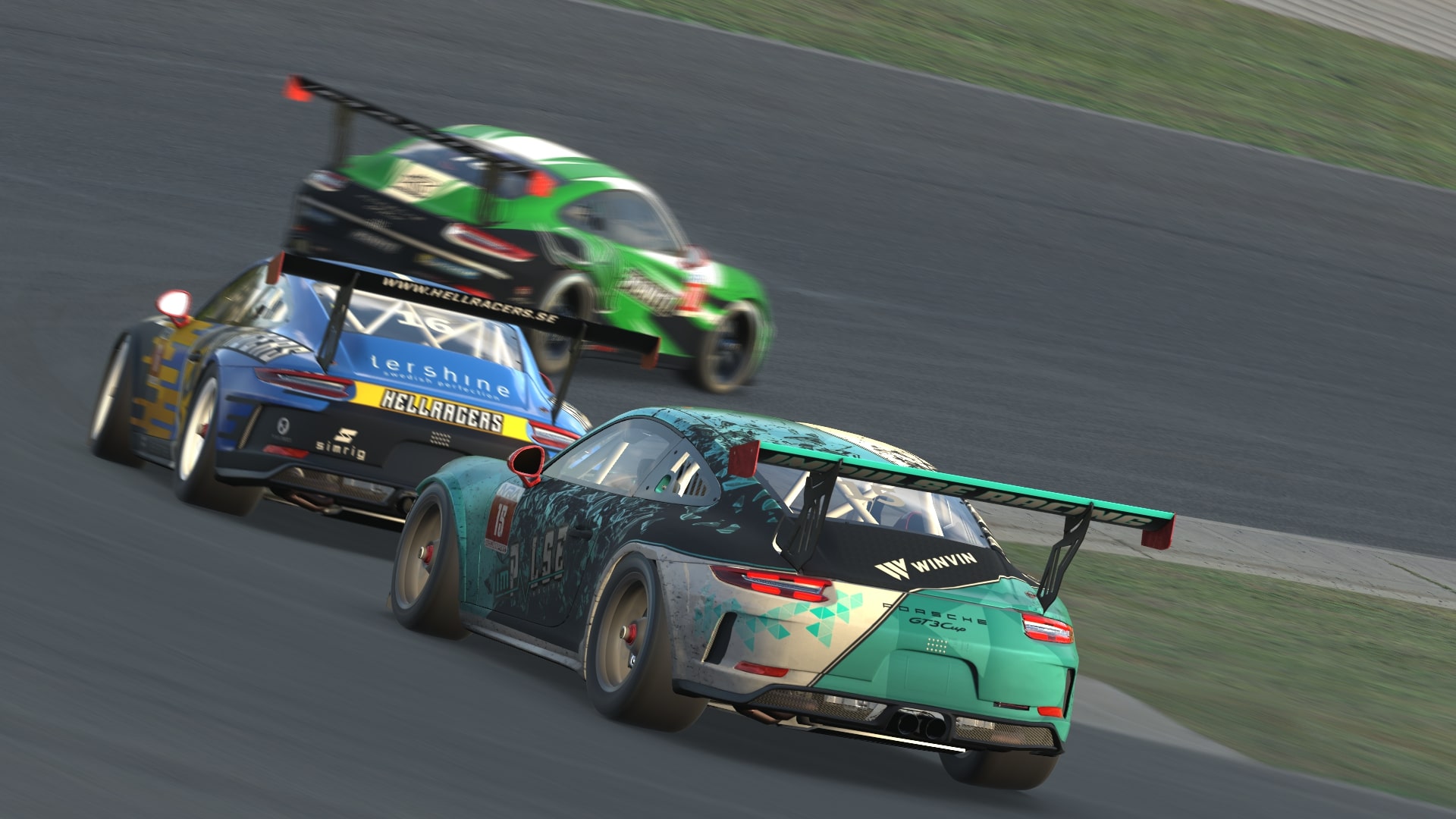 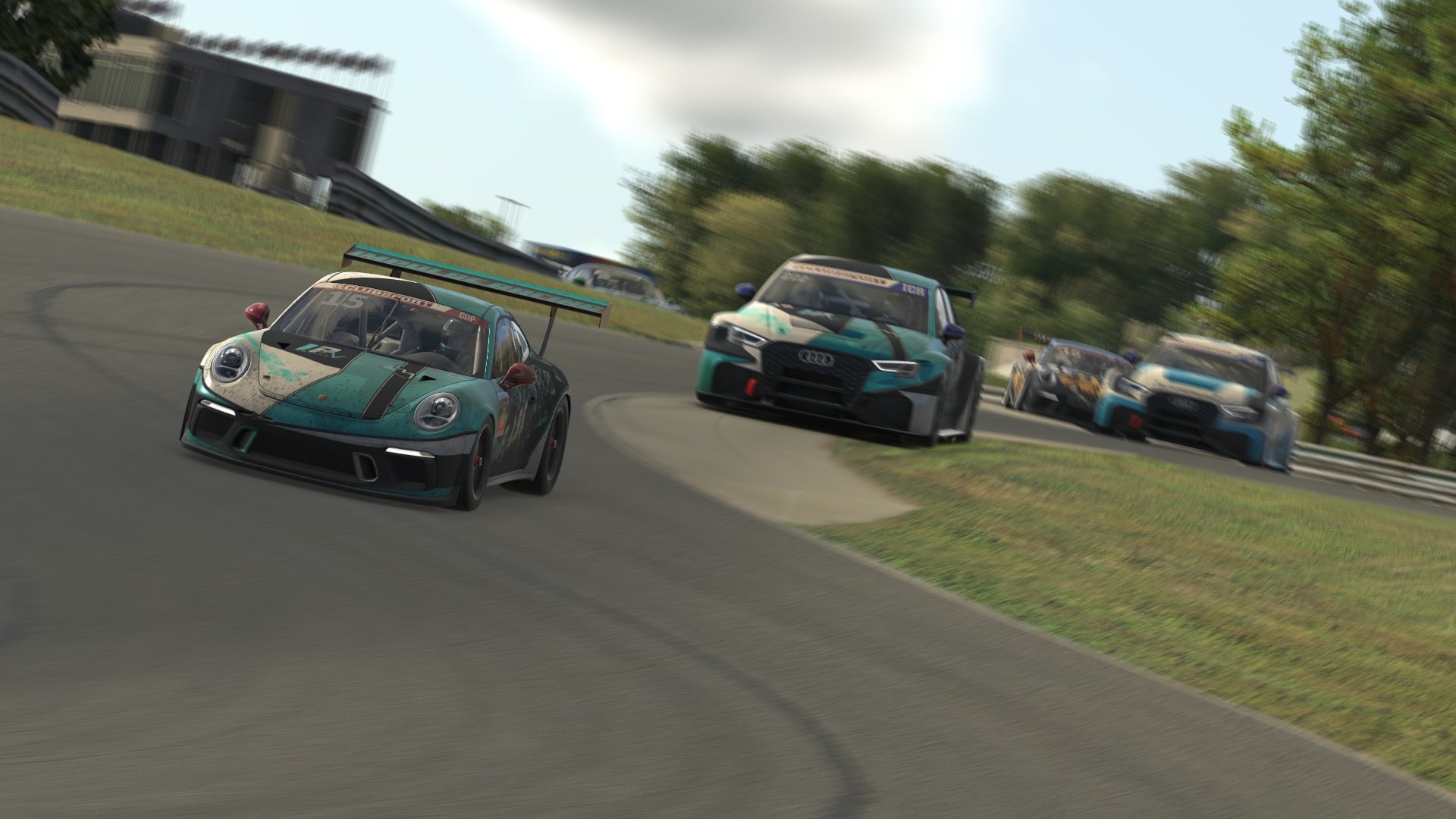 Strong first stint for the TCR, Porsche Cup benefits from the safety car

Being in the front row, Martijn Asschert started the race for the first stint in the TCR. The start was clean and the complete first 45 minutes of the race were very strong. In the middle of the stint, Martijn Asschert was able to benefit from a mistake of the polesitter and finished his stint in the first position. This was during a safety car period, where Kevin Weinreich took over the car.

The Porsche cup struggled to get on pace. Just 2 days before the race the Iracing update gave some significant changes to the car, resulting in only a couple of days to adjust the setup and get used to it. Tobias Maisel, starting from p11, managed to stay out of trouble for the first laps and quickly took advantage of incidents happening in front of him, which placed the Porsche Cup car on P7 after half an hour of racing.

Sadly, a Porsche spun right in front of the Impulse Racing Porsche cup car and rejoined in front before Turn 10. With a decision from that car to brake in an unexpected manner, Tobias couldn't react fast enough, so he touched him at the apex and spun him out. Race Control decided to give a 10s stop & hold penalty. The Impulse Racing Porsche Cup decided to take fuel after serving the penalty which placed them last and nearly a lap down. During the only safety car of the race, the early stop resulted in an advantage. The wave around got them back right behind the field of cars. 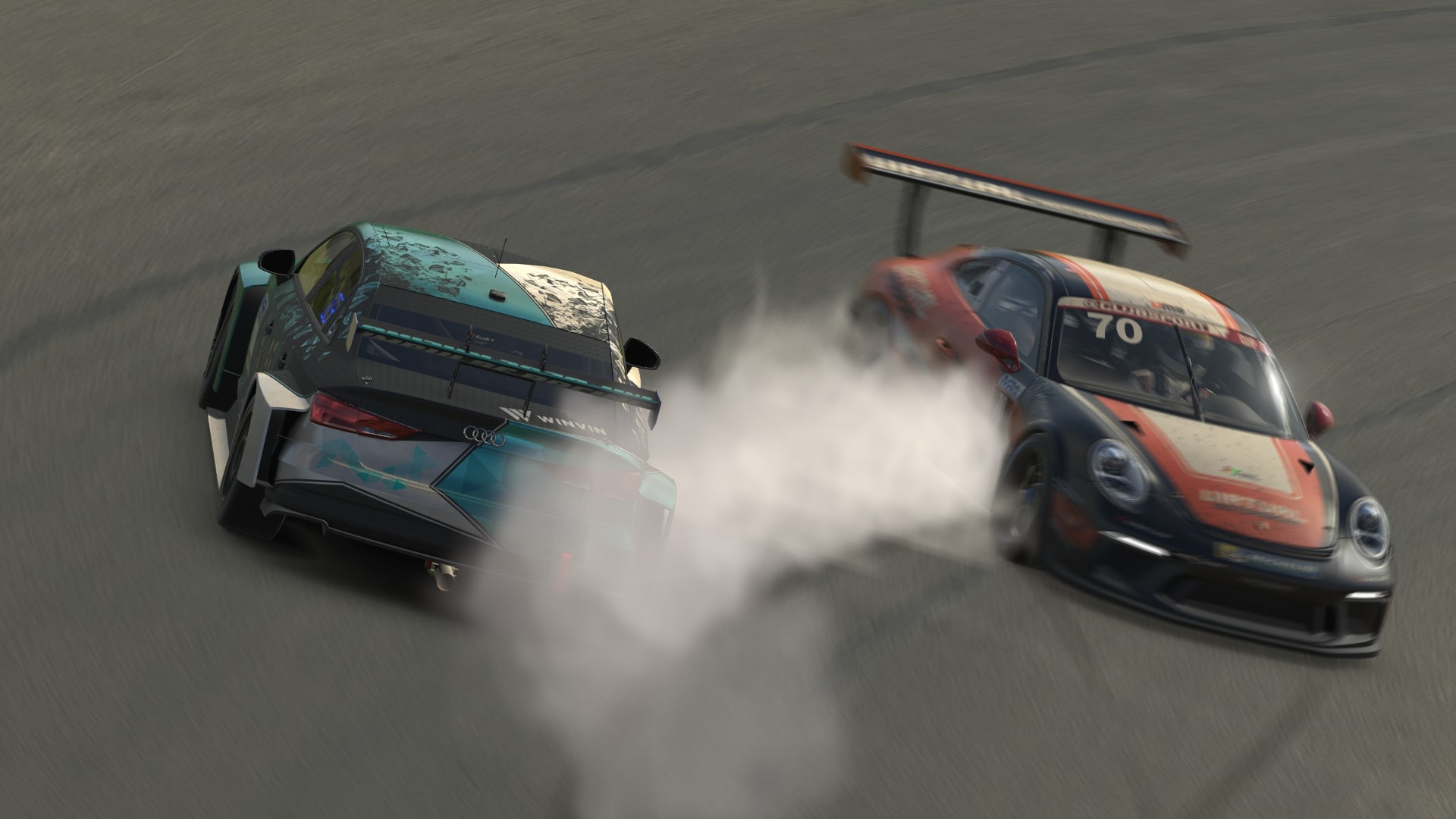 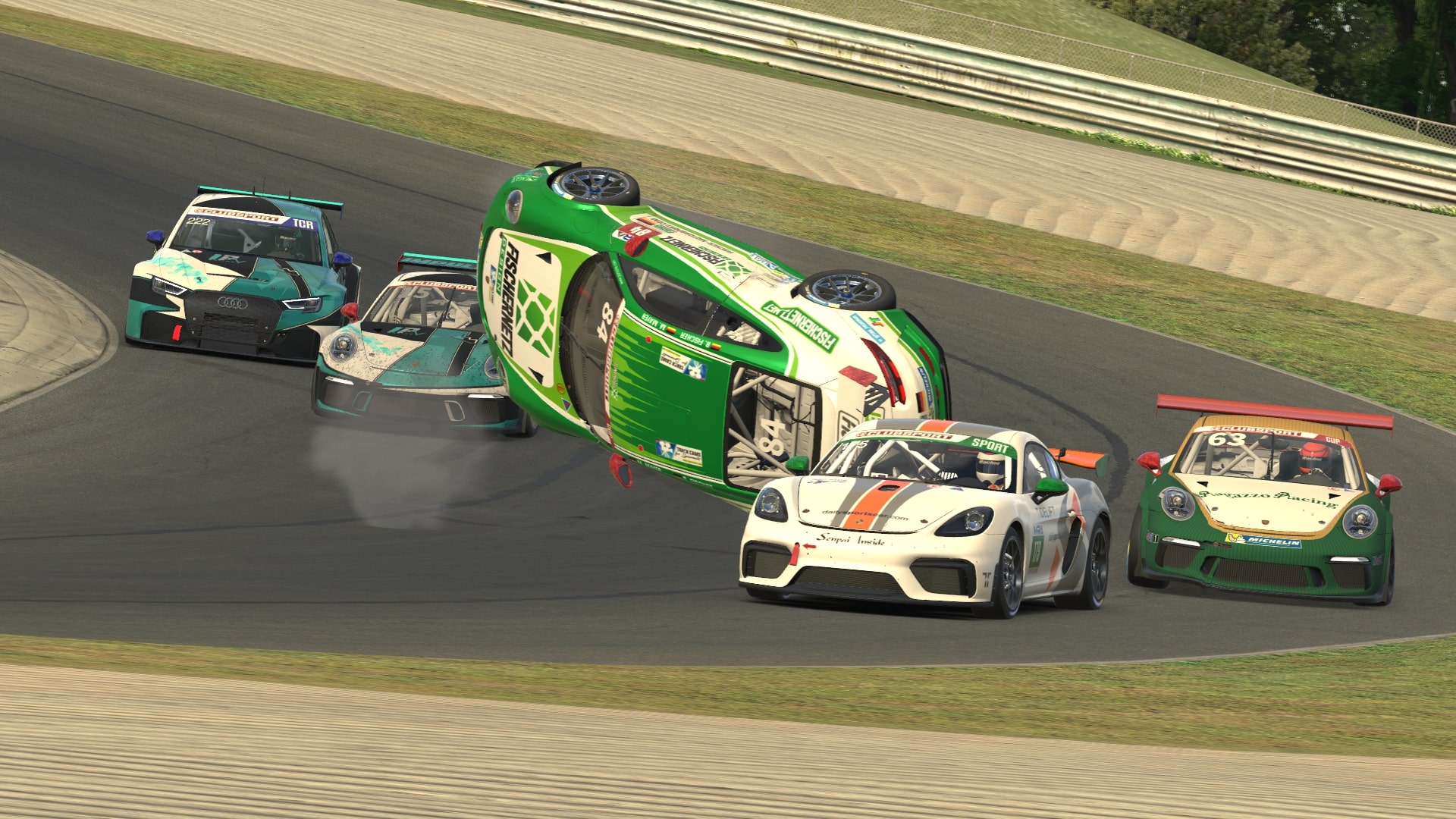 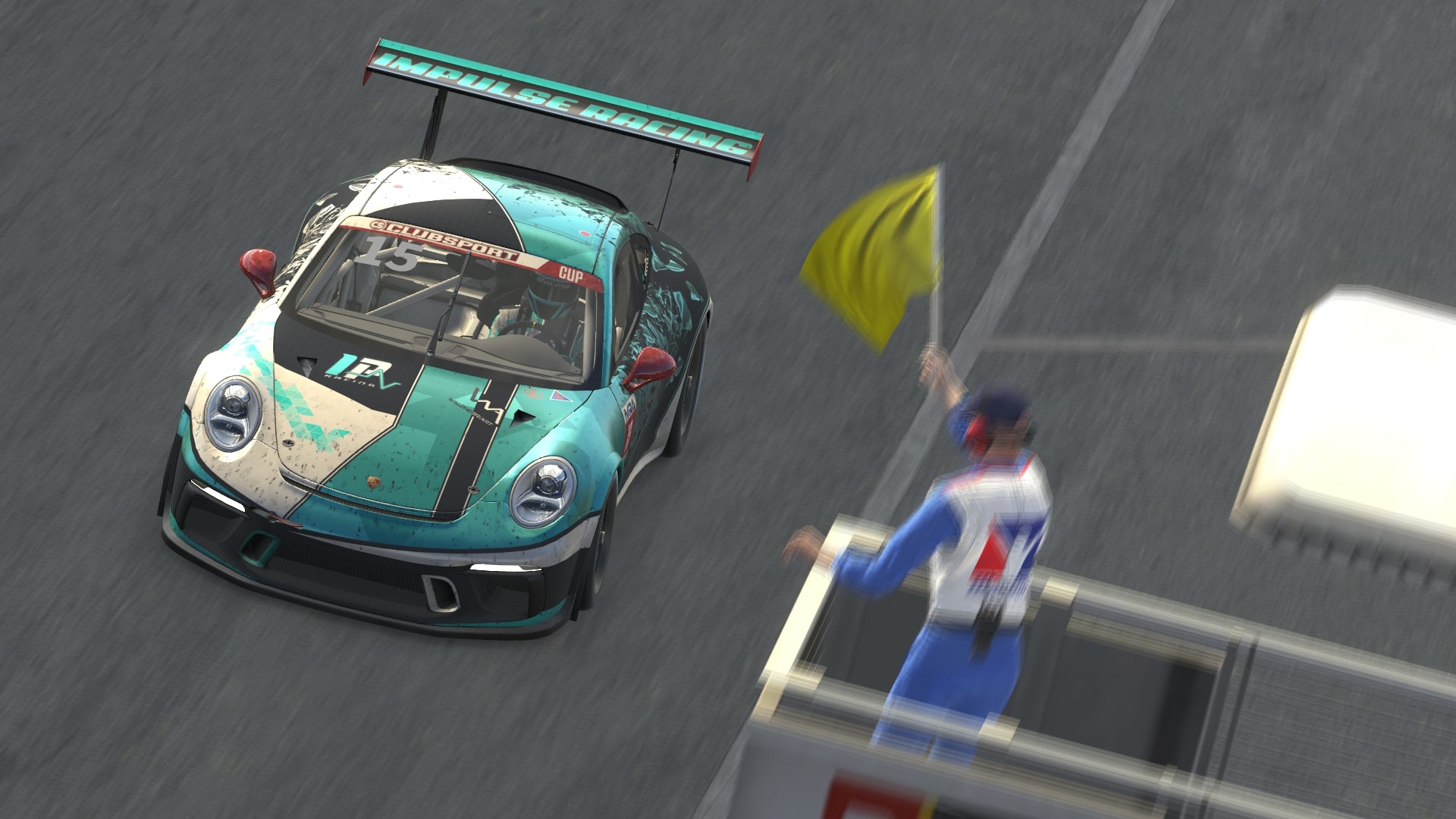 Chaotic final 1,5-hour of the race and penalties result in midfield finishes for both cars

Restarting the race after the safety car, Kevin Weinreich kept the car in the leading sport for about 10 laps. Then the chaos started. After a minor loss of control, the TCR dropped into second place. Not much later a Porsche Cup car did hard braking right after a pass. This resulted in Kevin Weinreich having contact and turning the Porsche around. For this incident, a drive-through was given to the TCR. After the last pitstop, Martijn Asschert was able to get back to 7th position, one lap close on a possibility to get 6th place. In the end, the fight for the championship is close enough, to be able to achieve the top step. For this, a good result is needed in the next race at Spa.

After the driver swap, Pascal Costa tried to push as hard as he could to make up as much time as possible. Sadly, that resulted in two driving mistakes. Luckily no damage was taken and Pascal managed to get my pace up again, which resulted in a 9th place finish overall. For the Impulse Racing Porsche Cup, also a lot of points have to be caught up on the next race-week at Spa. The confidence for a better result, with more time on the new balance around the car, is high. Also for the Porsche Cup car, there is a lot to gain in the championship.

A broadcast of the race can be found below.