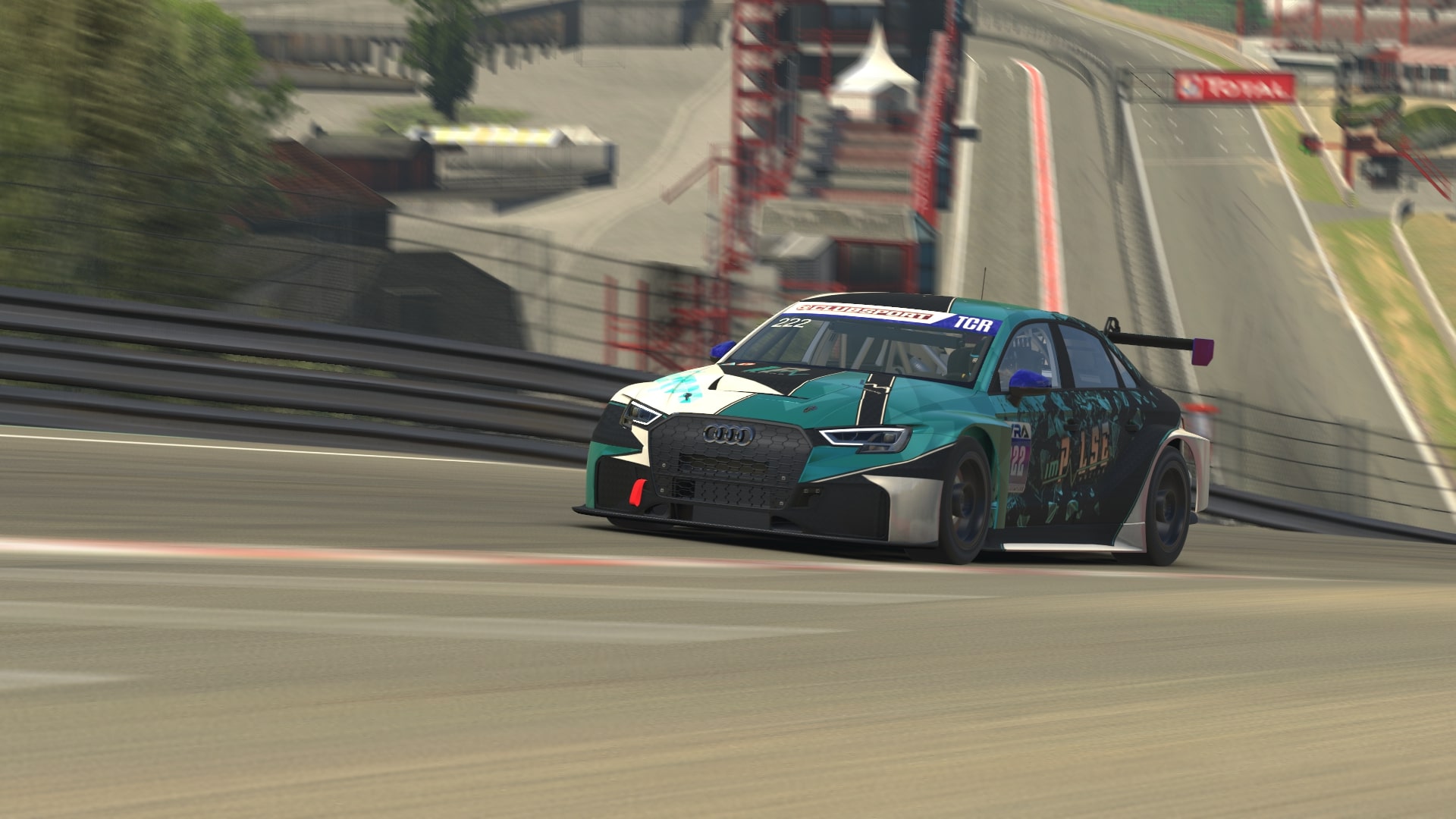 For the fourth round, Martijn Asschert and Marcel Jochheim were behind the wheel of the TCR. The Porsche Cup car got a problem with the car registration, which unfortunately resulted in a DNS.

Front row qualifying for the TCR

Starting with the 15-minute time slots for qualifying, the TCR was well prepared for qualifying. The Impulse Racing TCR qualified at P2. This meant a race start from the front row of the TCR class field. The gap to the pole position was close, which gave a promising feeling towards the race.

Being in the front row, Martijn Asschert started the race for the first stint in the TCR. The race start was not without trouble. Kinetec Racing decided to park their car next to the Impulse Racing TCR going side to side through Eau Rouge. They did not leave any space, which let Martijn Asschert take the slowdown and falling back in the field to P8. The safety car got out after a crash with Kinetec Racing losing control of the car.

With the race restart, Martijn Asschert had the job to move up to the front runners again. This was not easy in the slipstream identified track. At the end of the first stint, which was about 50 minutes, Martijn was drove back to the front runners settling in 4th place. At this moment of time the second safety car came out and the Impulse Racing TCR decided to stay out to try and reach the 2hour mark of the race in the first position. In the IVRA season, the 4-hour races have a system for half championship points at half of the race. 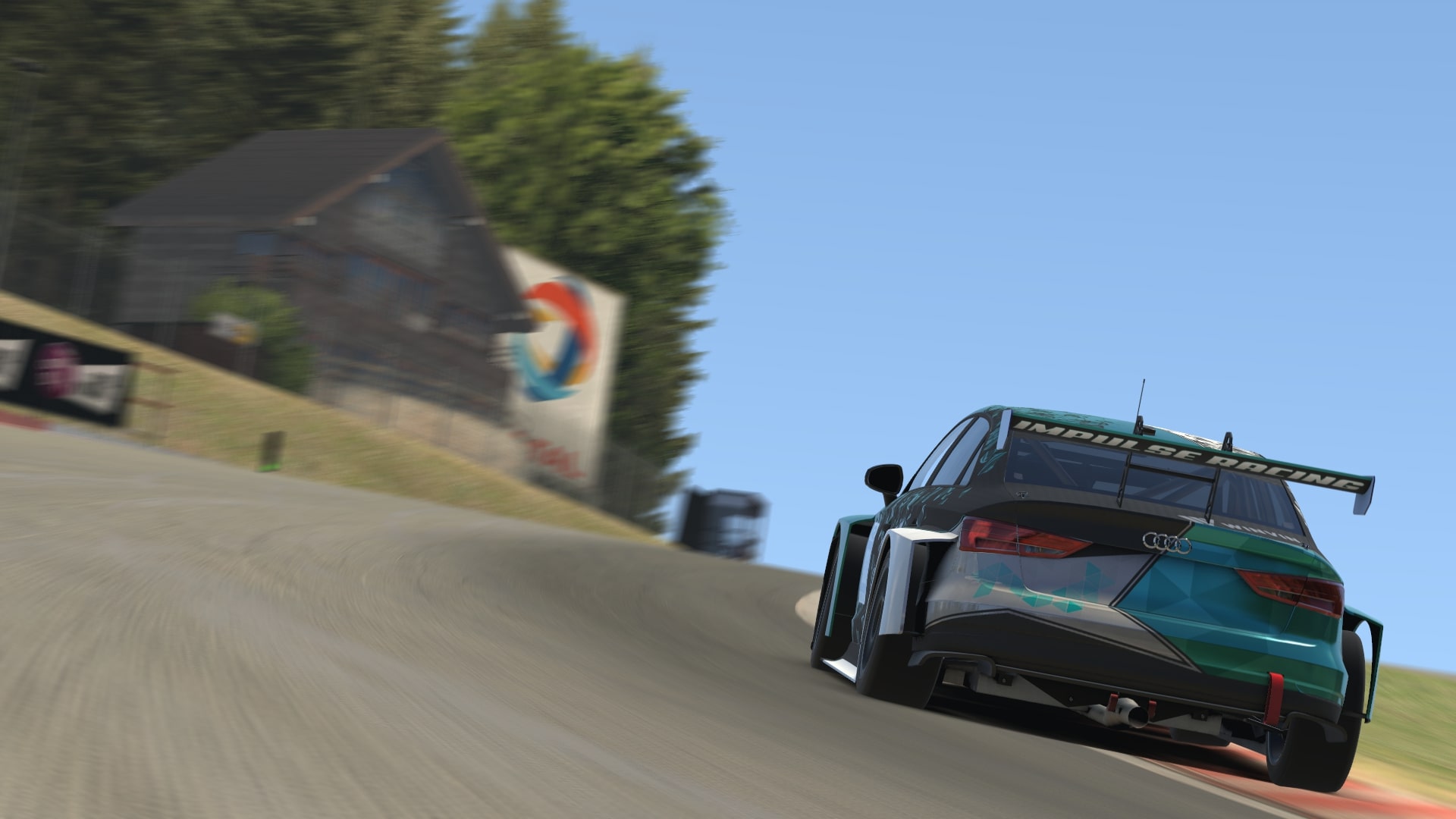 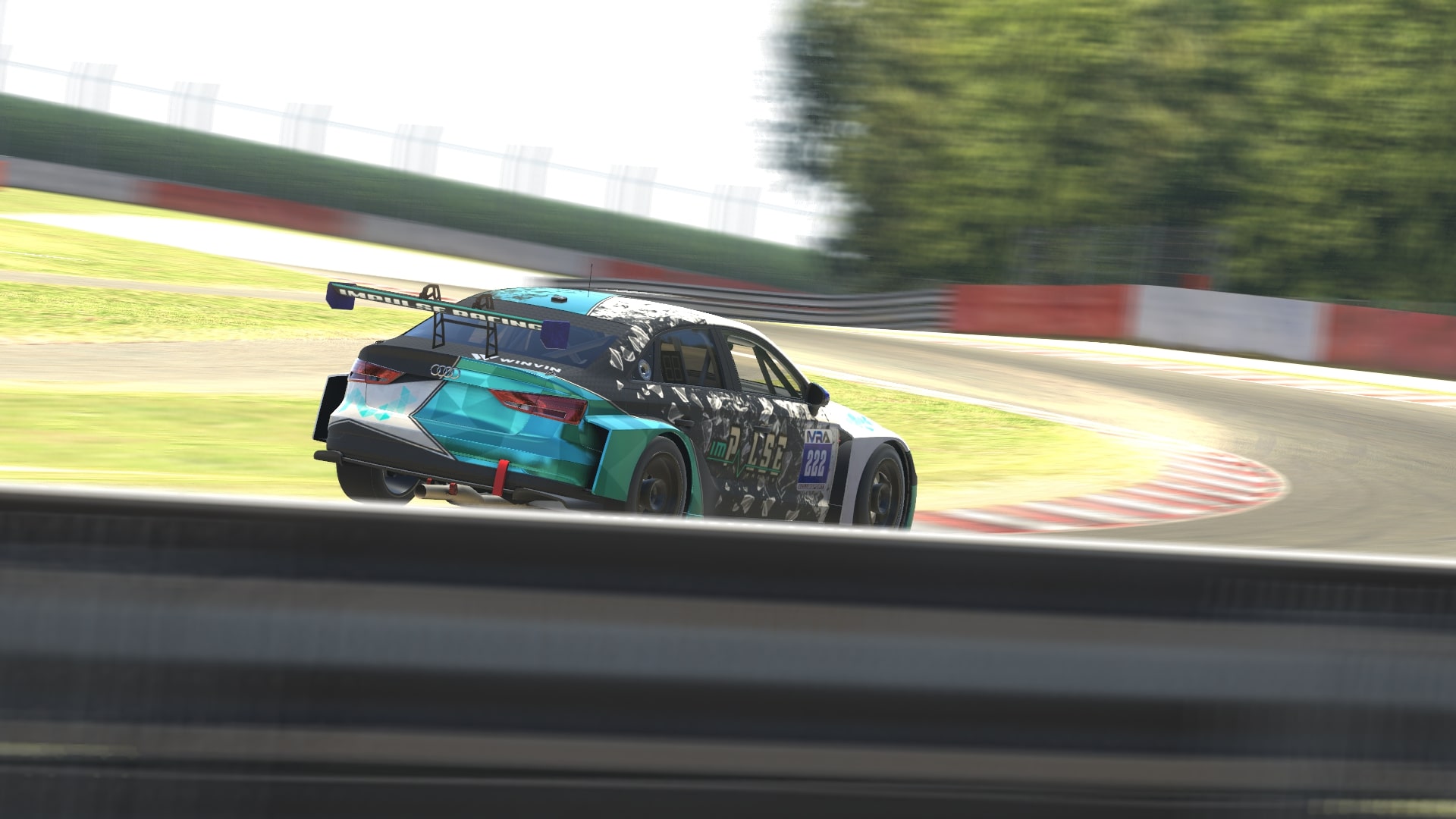 Midfield finish result due to strategy compromise and pitlane penalty

With the fuel-saving and chosen strategy the Impulse Racing TCR got the first-place halfway finish, but not without a compromise. Even the third safety car came out, which resulted in a pitstop advantage for the teams who decided to take the pitstop service. So after the last stint of Martijn, Marcel Jochheim had to deliver a comeback drive from the back of the field to gain as many points for the race finish position as possible.

The first stint of Marcel Jochheim was strong. He slowly gained on the cars in front and made up a couple of positions. After his first pitstop, only a final pitstop with a splash needed to be done. A potential top 5 finish was not out of view, which would result in a top 3 points finish for this race overall. All went very well, until the last splash pitstop. Marcel Jochheim, unfortunately, overdrove the car in the pitlane, which resulted in speeding in the pitlane penalty. This lost the TCR team a lot of extra time, with a 9th position after the 4-hours of racing at Spa Francorchamps.

A broadcast of the race can be found below.