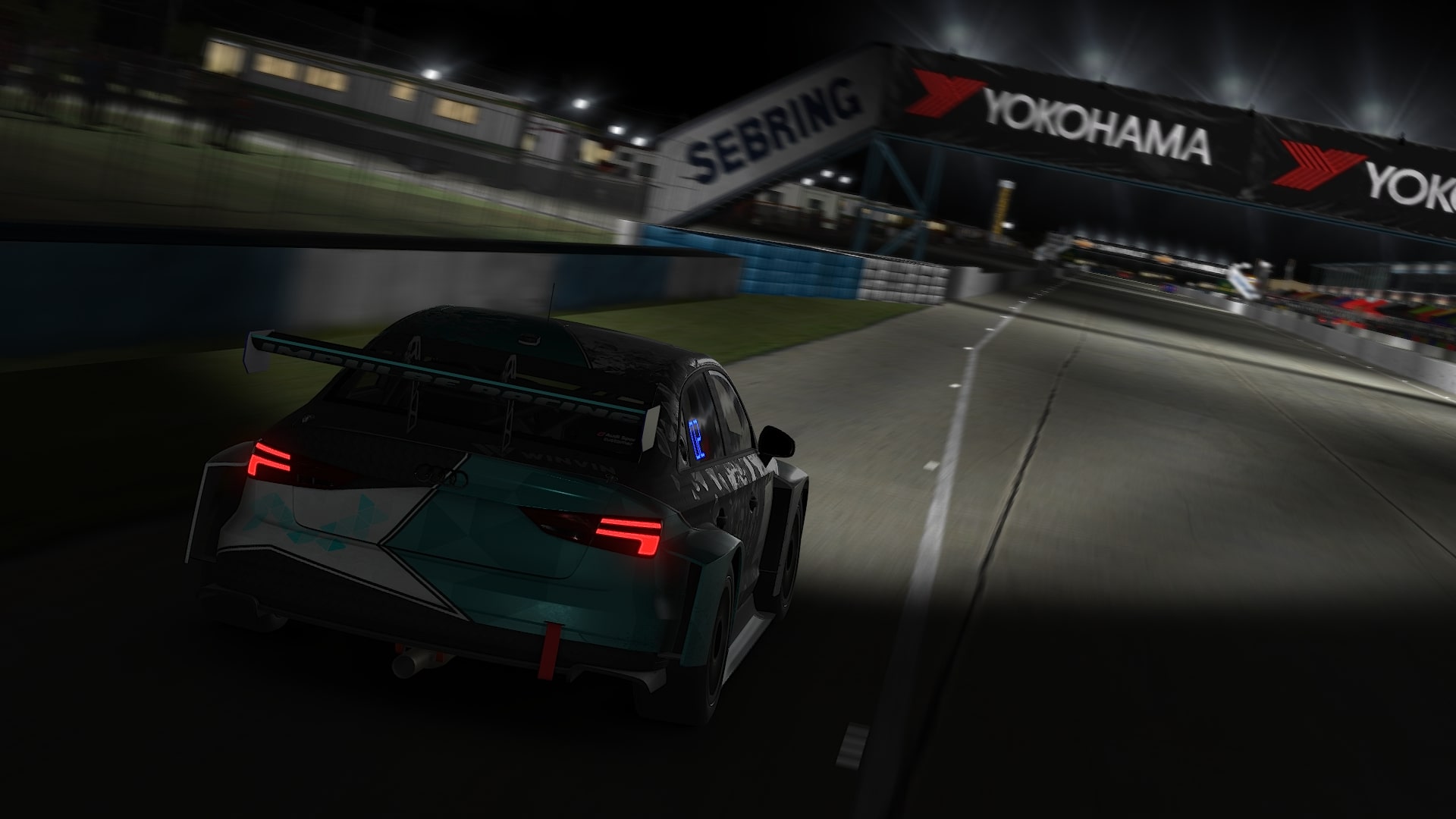 TCR gets a podium position in the season final of IVRA Clubsport!

On the 6th of March, the IVRA Clubsport season final took place at Sebring. With this 6-hour race, IVRA finishes his season in the United States of America. Sebring Raceway is one of the oldest continuously operating race tracks in the U.S., its first race being run in 1950.

For the sixth round, Martijn Asschert and Andreas Gillmann drove the TCR. Pascal Costa and Alexander Hetmank were behind the wheel of the Porsche Cup car.

Both Impulse Racing cars with a top 5 qualifying 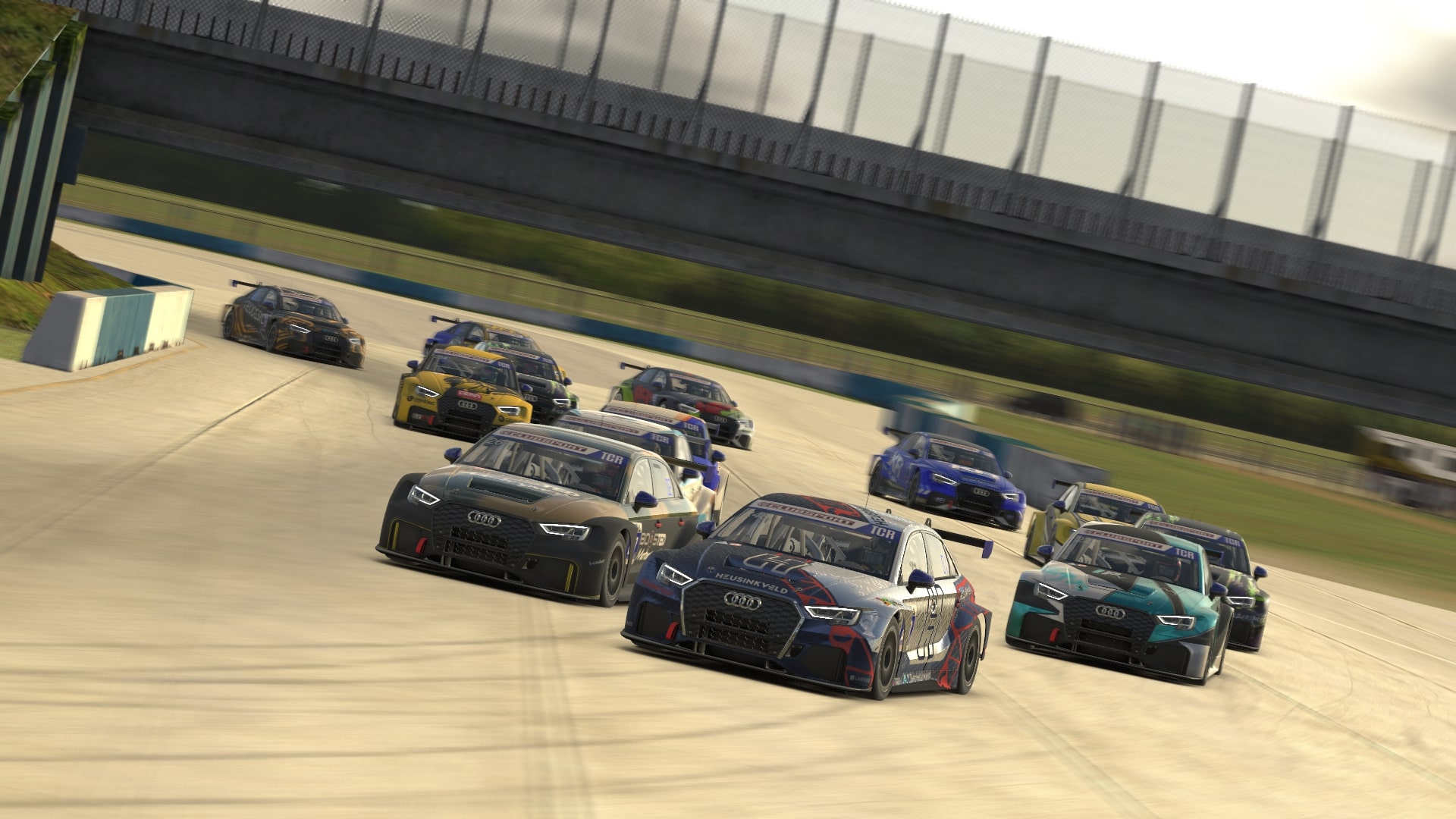 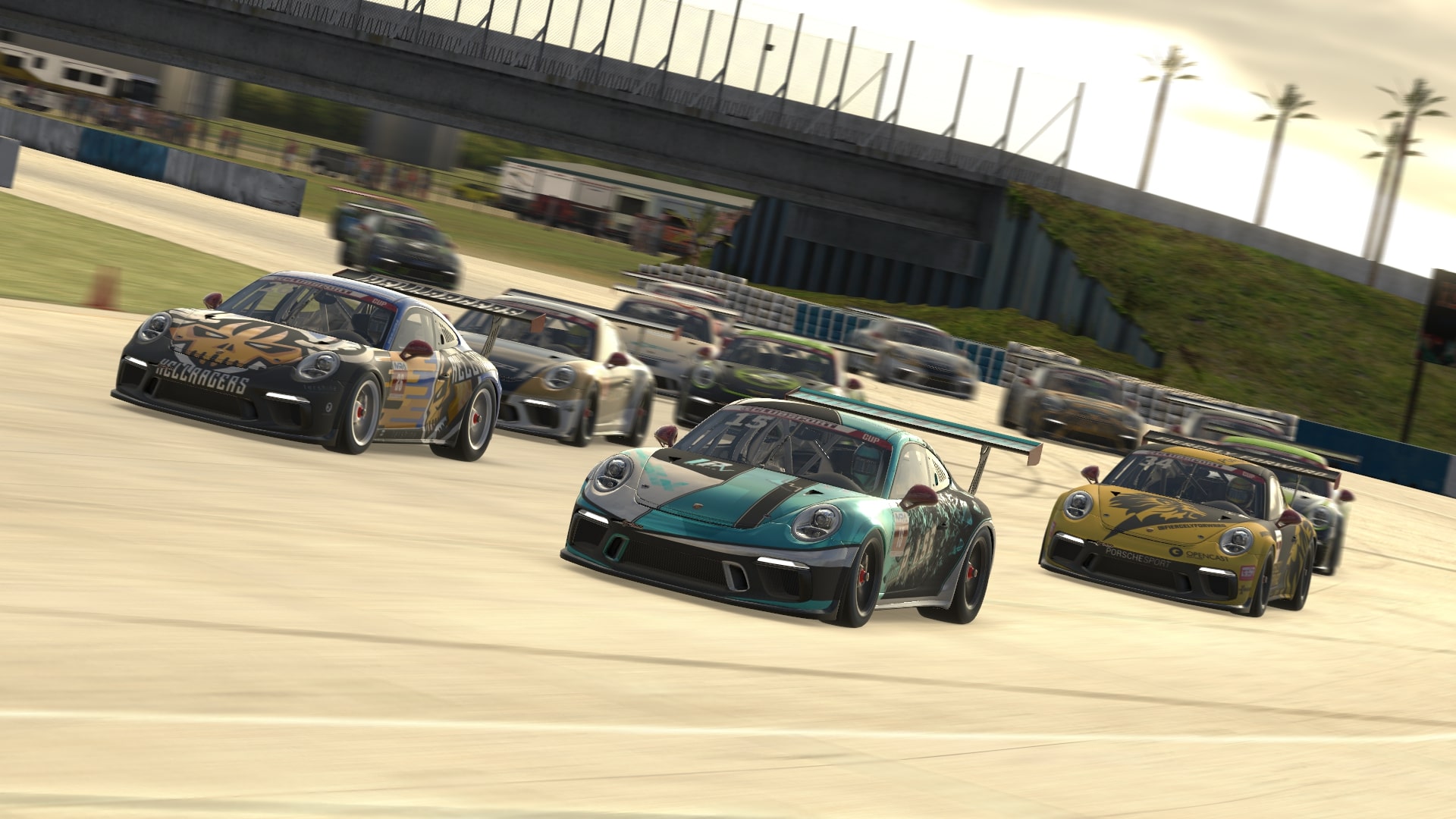 Season Finale for the Porsche Cup not as planned

After the last race at Suzuka, the drivers focused on a season end with a good result. The start of the race was quite good. The Porsche Cup managed to stay clean and even gained a position at the start. After the first caution, they gained another position. When the second caution took place, they were in a podium position spot. This was one of three cautions in the first hour of the race. Also, the only cautions of the race.

During a mistake in an attempt to overtake P1, the cup car lost a lot of positions. This made the strategy call to pit at the third caution very interesting. They made the choice to execute. Unfortunately, due to a miscalculation, the cup car got an end-of-line penalty. Sadly, this put the Porsche Cup car all the way at the back of the field.

After the restart, the Porsche pushed as hard as possible to get as many positions back as it could. Sadly, with only 55 minutes to go, being in P4, Alex got distracted by the Line of the car in front, which resulted in hitting the inner wall at the entry of the sunset bend. After that contact, they decided to retire because of the severe damage.

Unfortunately, the DNF of the Porsche Cup had some consequences in the championship standing. In the end, due to the bad luck in the last two races the Impulse Racing Porsche Cup car finished in 11th position. 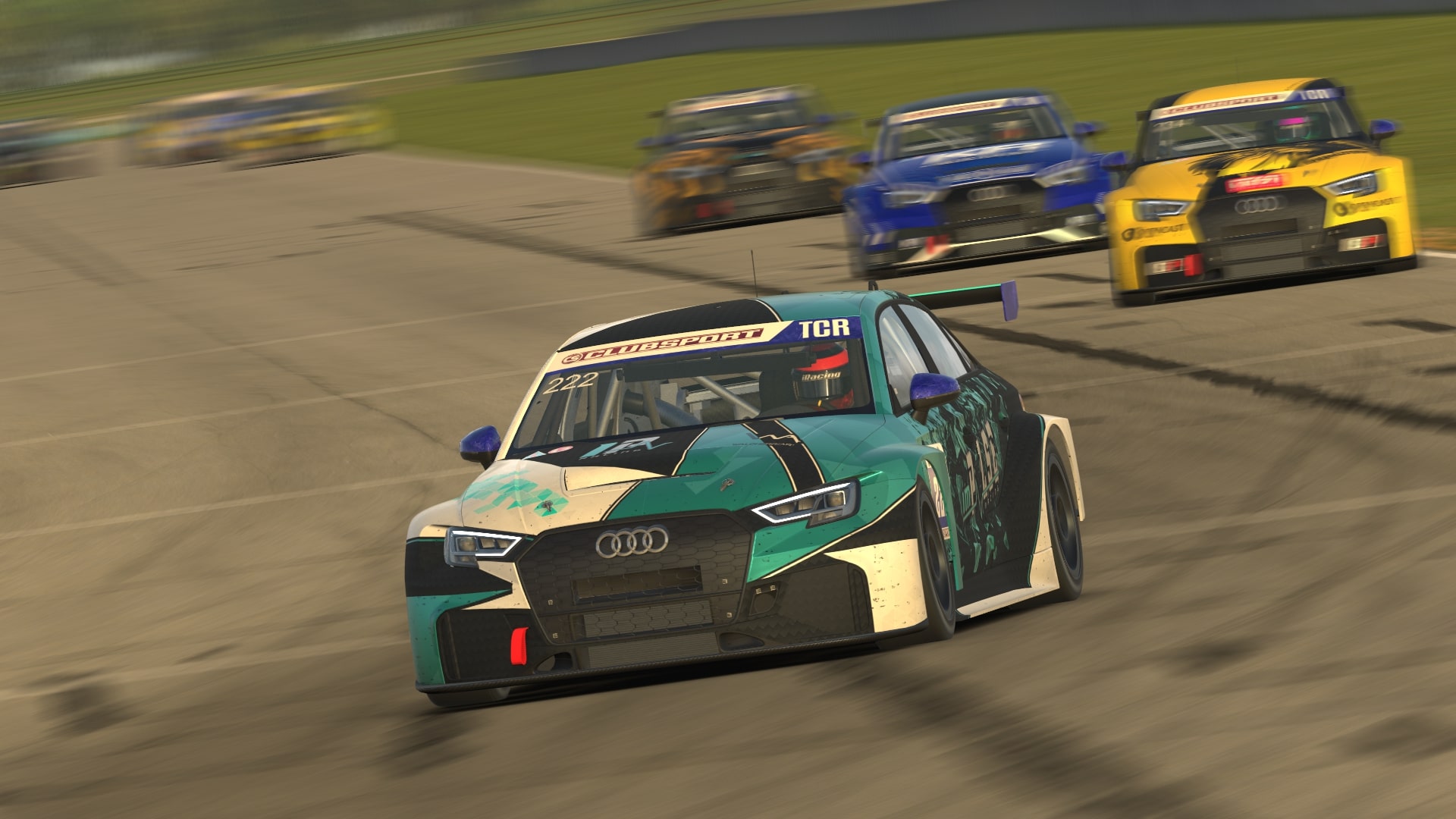 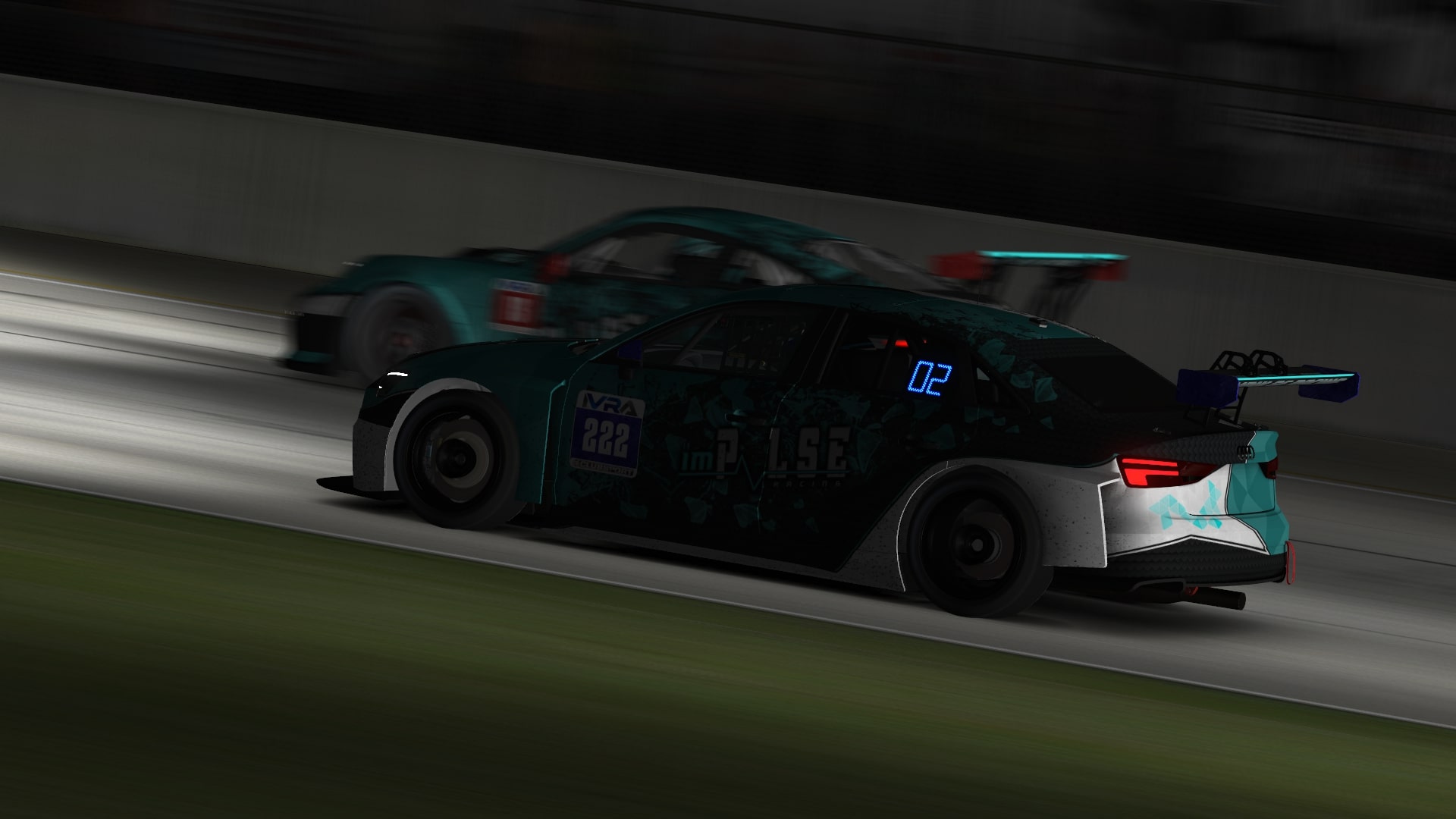 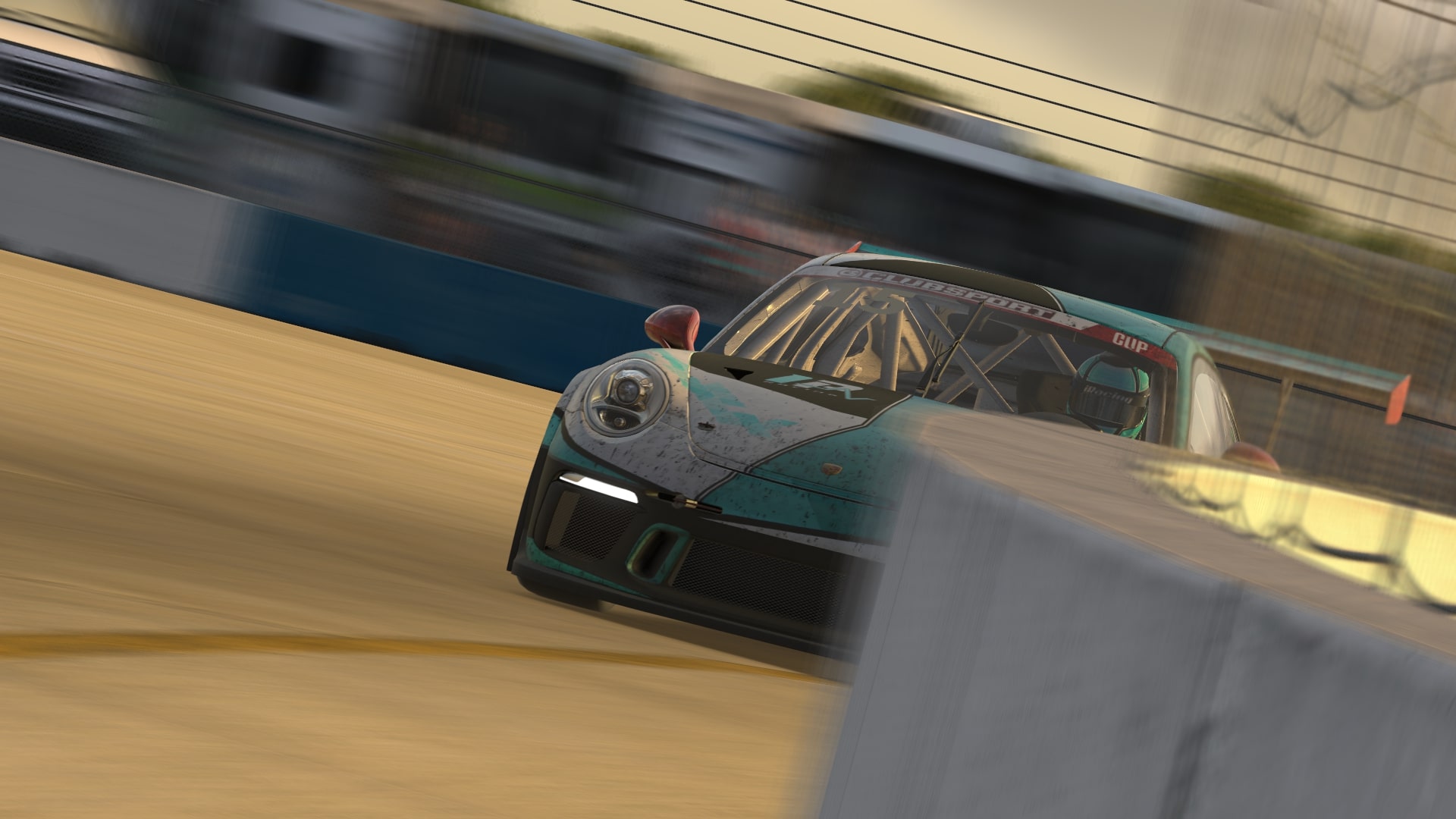 Impulse Racing TCR almost maximizes their result to fight for a championship podium!

After a strong qualifying, the race started well. Immediately the TCR moved into the second position and the known TCR race start train arose. During the first hour and 3 cautions, the driver made a good strategy call. A smart choice of three cars, the Impulse Racing TCR included, to stay out during the second caution. Therefore, the three front runners could work together and when P3 fell away, the Impulse Racing TCR and Heusinkveld TCR worked together to gain an advantage.

The rest of the race ran smoothly. Martijn Asschert and Andreas Gillman showed some very consistent fast pace. Unfortunately, Heusinkveld showed to have that little bit extra again. With the Full Send cars dropping back in the field and being the contenders for the podium in the championship standings, our TCR kept their head cool and brought it home in P2. A very good result, only 20 seconds behind the leader, in the season final of the IVRA Clubsport season. As was the task our drivers delivered.

Unfortunately, it turned out the second place lacked minor needed points to gain the championship podium spots. Only 12 points behind second place, our TCR finished fourth in the championship standings. Nevertheless, a decent season and with some more luck and more focus on strategy next season could be a really interesting one.

See you next season IVRA Clubsport!

With the season finished, we are already looking forward to next season. End of 2021 the new season starts and we are planning on participating for sure. Believing in a fight for the championship. We had a lot of fun, enjoyed the special safety car procedure, and want to congratulate all championship-standing podium finishers!

A broadcast of the race at Sebring can be found below.