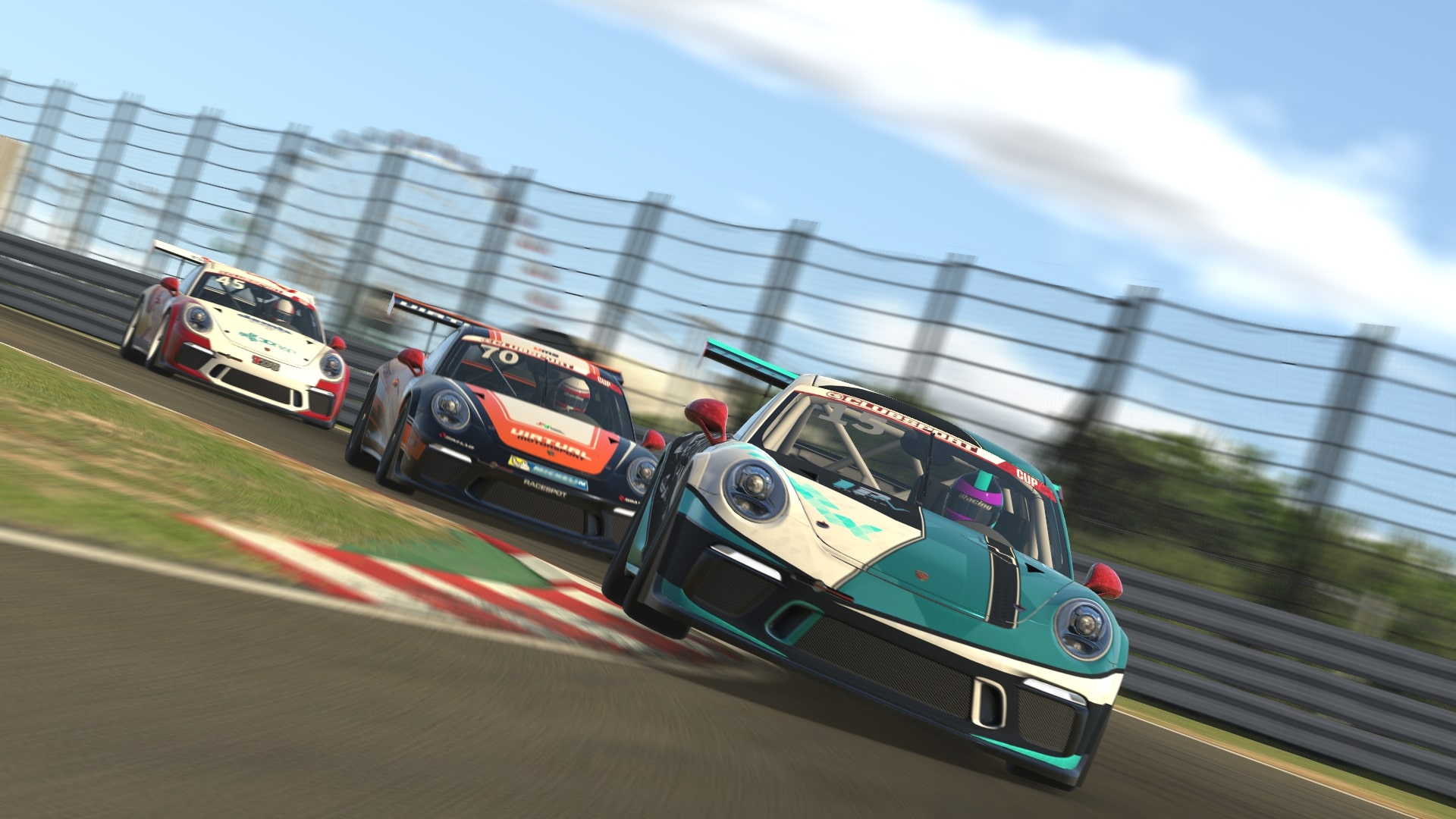 Hard fights, strategy and a top 5 finish for Impulse Racing in IVRA Clubsport Season at Suzuka

The IVRA Clubsport season continued on the 6th of February, with round 5 on the Suzuka International Racing Course. With this 2,4-hour race, IVRA continues its season in Asia. The Suzuka International Racing Course, more famously known as the Suzuka, is a motorsport race track located in Ino, Suzuka City, Mie Prefecture, Japan, and operated by Mobilityland Corporation, a subsidiary of Honda Motor Co, Ltd.

Top 5 qualifying for the TCR, Porsche Cup in the front of the midfield

Starting with the 15-minute time slots for qualifying, both Impulse Racing cars were well prepared to perform. After a tense qualifying, this resulted in a fifth qualifying position for the TCR. The Porsche Cup also qualified well, resulting in an 8th starting position. 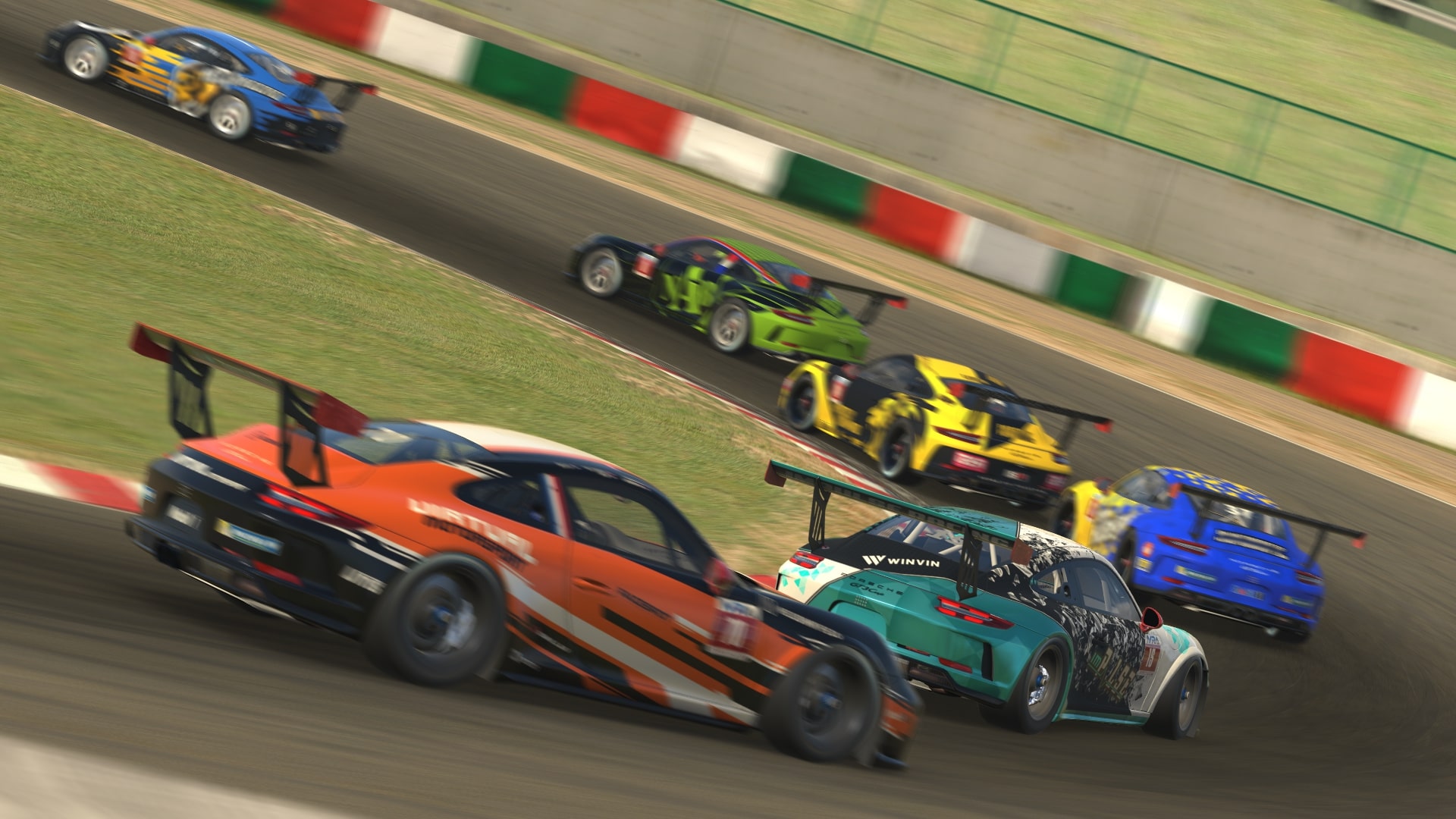 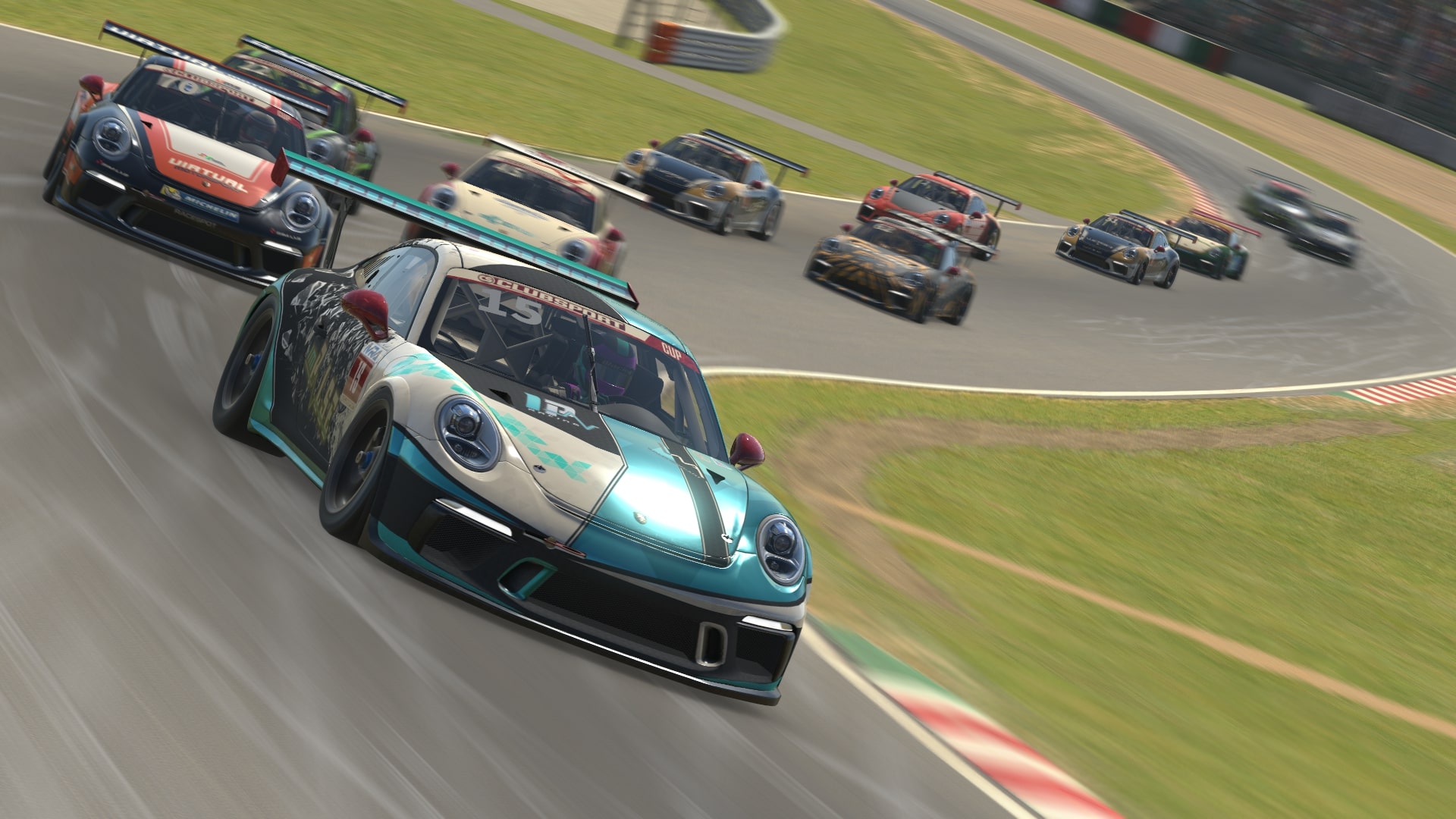 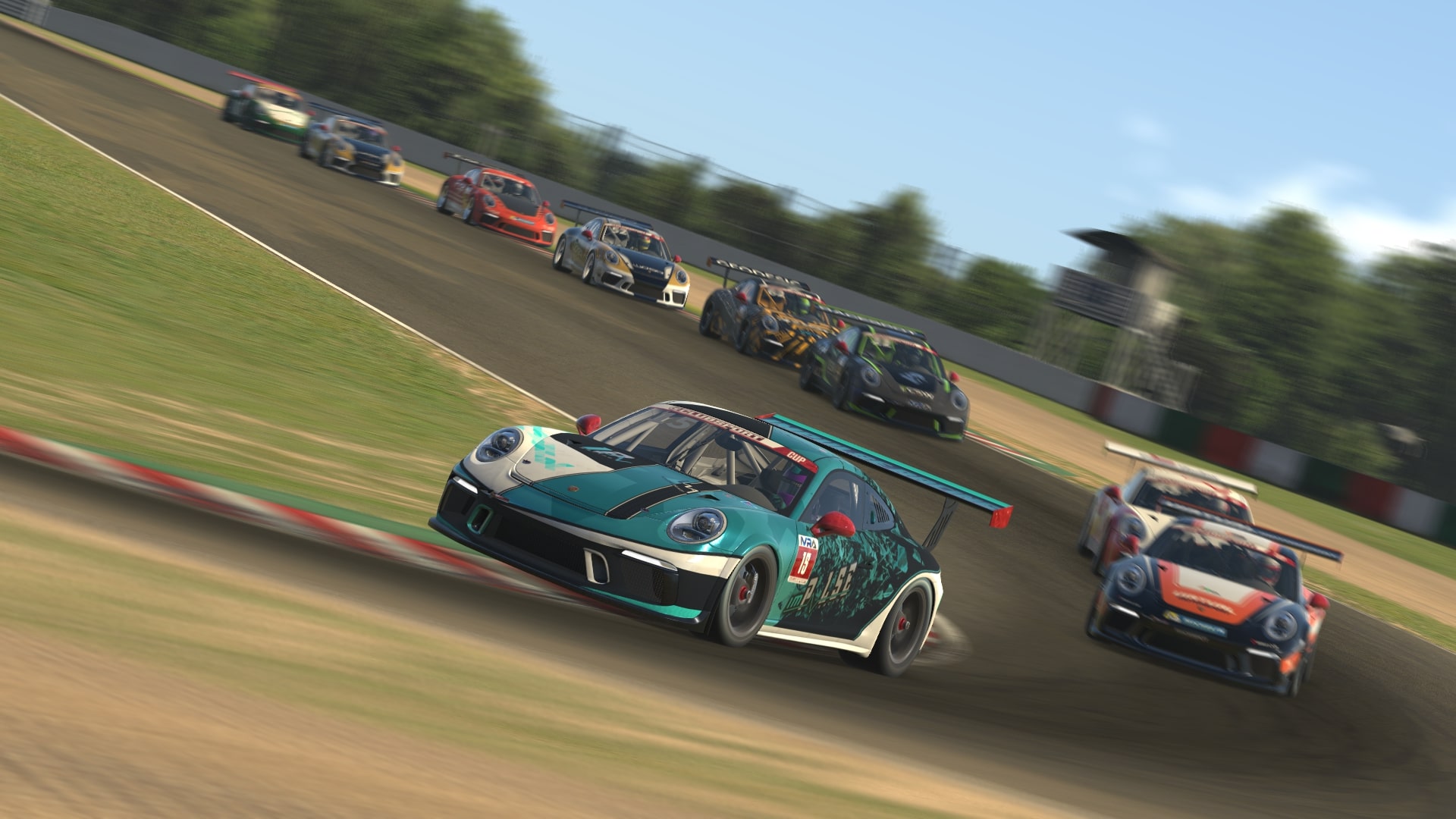 This time our drivers bring their perspective and recap of the race in the IVRA Clubsport Season. Starting with our Porsche Cup drivers:

“After the disqualification at the last race, we decided to go with our new member Max Kessler to attend to the race at Suzuka. With the development of the setup, which was the perfect match in pace and consistency, we were confident to end up in the top ten. Due to a solid qualifying from Max Kessler, we started at P8. Max Kessler managed to stay out of trouble after the start and immediately started saving tires and fuel. Because of his consistent and safe driving, he managed to extent the stint with 2 laps more as the major part of the Cup-Field which placed us on P5 after the first Pitstop.

After the stop, Max Kessler managed to drive consistent laps until the Safety car occurred. The Safety car helped us with our strategy. We managed to save a lot of time by taking tires, fuel and swapping drivers under caution. After calculating the fuel for rest of the race, we decided to push because a quick splash and dash was unavoidable.

After the last stop we were on P3 within 2 seconds to P2. Sadly, there was a pack of three TCR car in lap 62, which did cost us the chance to score a podium because of an unfortunate contact in the last chicane. After all we are very happy with our pace, performance and finishing position at P5. We are looking forward to last race of the season and very pleased with Max Kessler first performance! “ 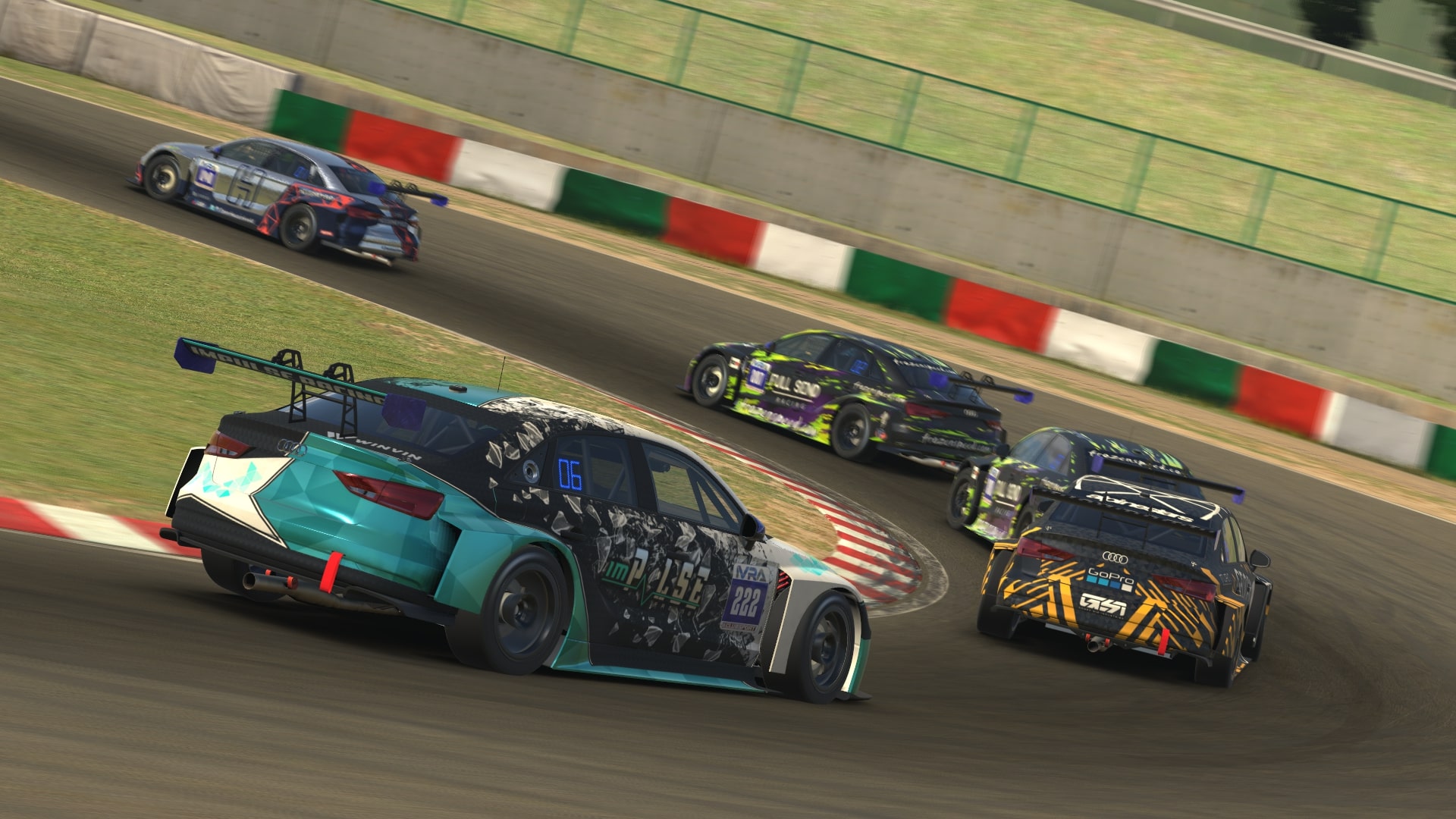 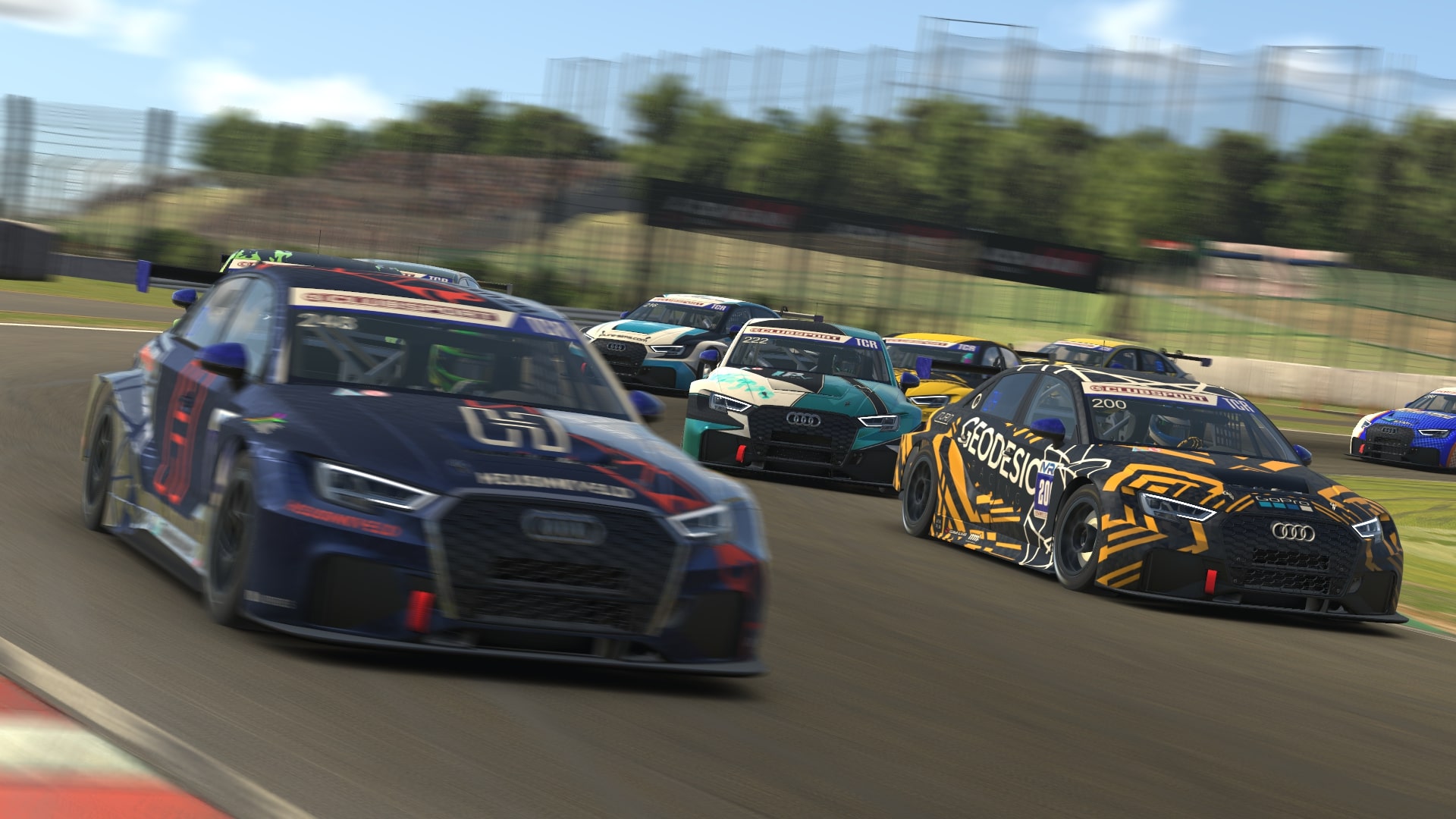 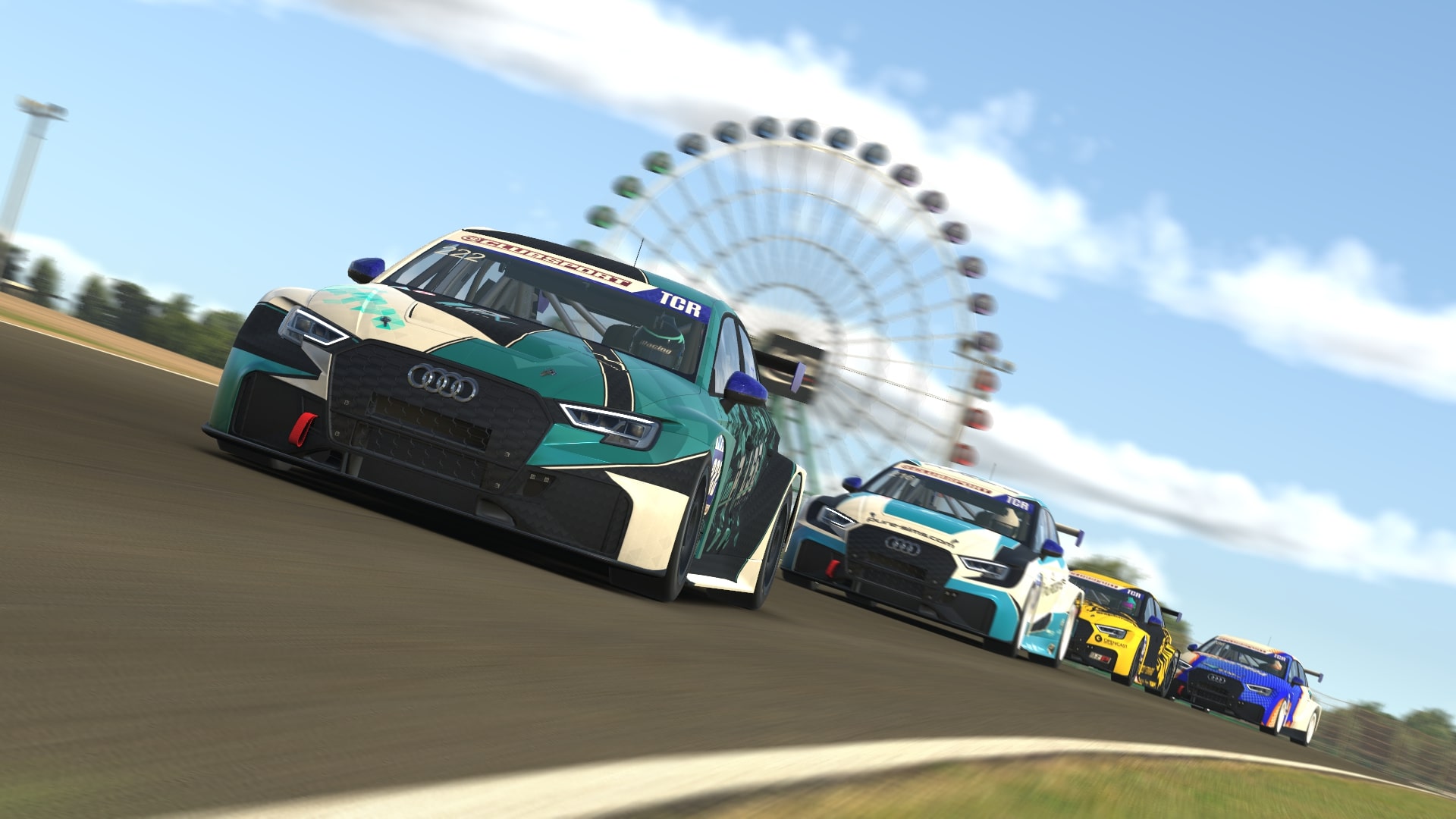 Then our perspective from Andreas Gillmann and Marcel Jochheim which drove the Impulse Racing TCR:

“Race day in the IVRA Clubsport Season started well for us with a solid qualifying. Our goal is always to be in front of the TCR pack. With the 5th place in qualifying, it was just enough to be at the front runners and get into the rhythm of the race. The first 2 stints of the race went well. Marcel Jochheim put in some good pace and kept the car good at the front of the field. Traffic was hectic, but we went through the waves of traffic nicely. Just before the safety car, we had a solid second place considering track position.

Then the safety car came out and we had to make a decision considering the caution. Go in or not to go in. We were just in the difficult phase of the stint considering fuel and tires and gambled on staying out. A couple of the strong competition cars also stayed out so it felt like the right move. After the restart, it all looked decent. In the end in the last stint, it turned out to, unfortunately, be the wrong call.

Although Andreas Gillmann did a solid job bringing the car to the finish line, this strategy call cost us too much time. Unfortunately, the finishing position turned out to be 7th place. The potential with the good call could have been a podium for sure. After the missed opportunity at Spa as well we are determined to get a good result in the season final at Sebring. With a good result, we may have a chance at a podium finish in the season's final standings!“

The next race will take at Sebring in the United States. This will be a 6-hour race and the season final of the IVRA Clubsport series. The TCR and the Porsche Cup are respectively P5 and P10 in the standings. Both cars have the possibility to move up and have a small chance on a podium season standings finish. Tune in on the 6th of March for the season finale!

A broadcast of the race at Suzuka can be found below.