Max Kessler aka 'Lizard7' on Twitch is now an official Impulse Racing driver.
After a few league races in the IVRA ClubSport Series and super performances in the Apex Racing Academy Porsche Cup, Max was able to convince us of his quality.
The German, who now lives in Switzerland, is passionate about streaming his races on Twitch and has been rooted in the iRacing service since August 2016.
As a passionate motorsport fan, he used to race in all GTR parts or in rFactor 1 before he switched to iRacing then.

At iPR, Max wants to further strengthen his qualities in the Porsche Cup and, above all, fully exploit his potential on the Nordschleife!
Accordingly, Max is scheduled to compete in the DNLS organised by SRD or in the iRacing Nürburgring Endurance Series.

We are looking forward to a successful cooperation! 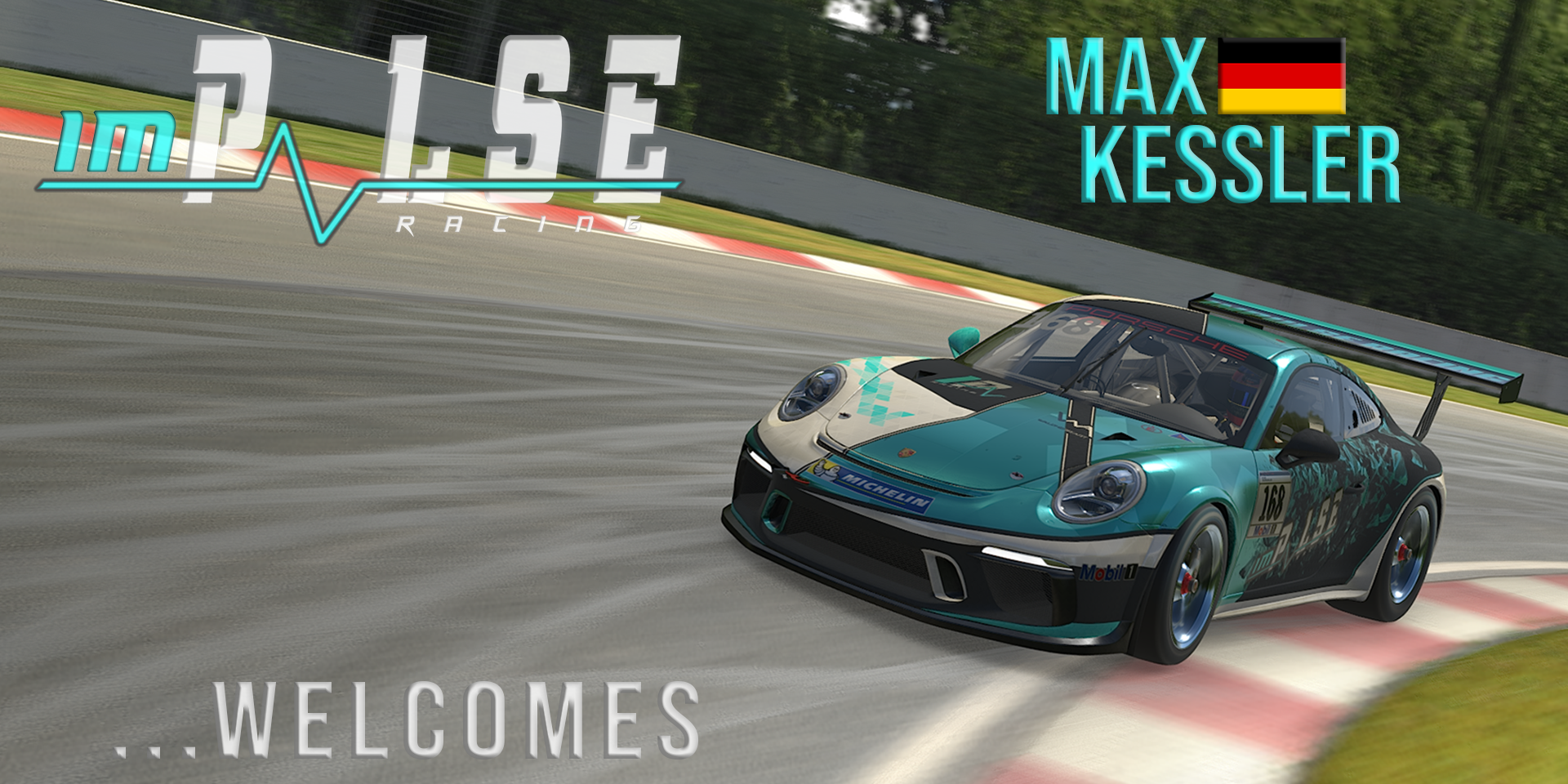