Skip to content
New Drivers in GT3 and TCR Class

Announcement Of New Drivers At The Begin Of 2020 Season 4

Impulse Racing is pleased to announce three new drivers at the beginning of the last iRacing Season in 2020!
All drivers have been included in the driver line-up for a few weeks now. After good results in the NEC, VRS Endurance or Endurance Le Mans races, Impulse Racing decided to take over all drivers. Another decisive point was the increased number of participations in different series.

With Andreas Gillmann, the TCR team gets another manpower! With the participation in the 24H SERIES Esports (by NEO) we could secure the services of Andreas. The 35-year-old driver from Northrhine-Westphalia will also be used in the IVRA ClubSport Series and various Nürburgring Endurance (formerly VLN) races. Andreas is also a great support for the design team. Because of his knowledge in Photoshop, some of his graphics will surely be found on the website or Instagram in the future. 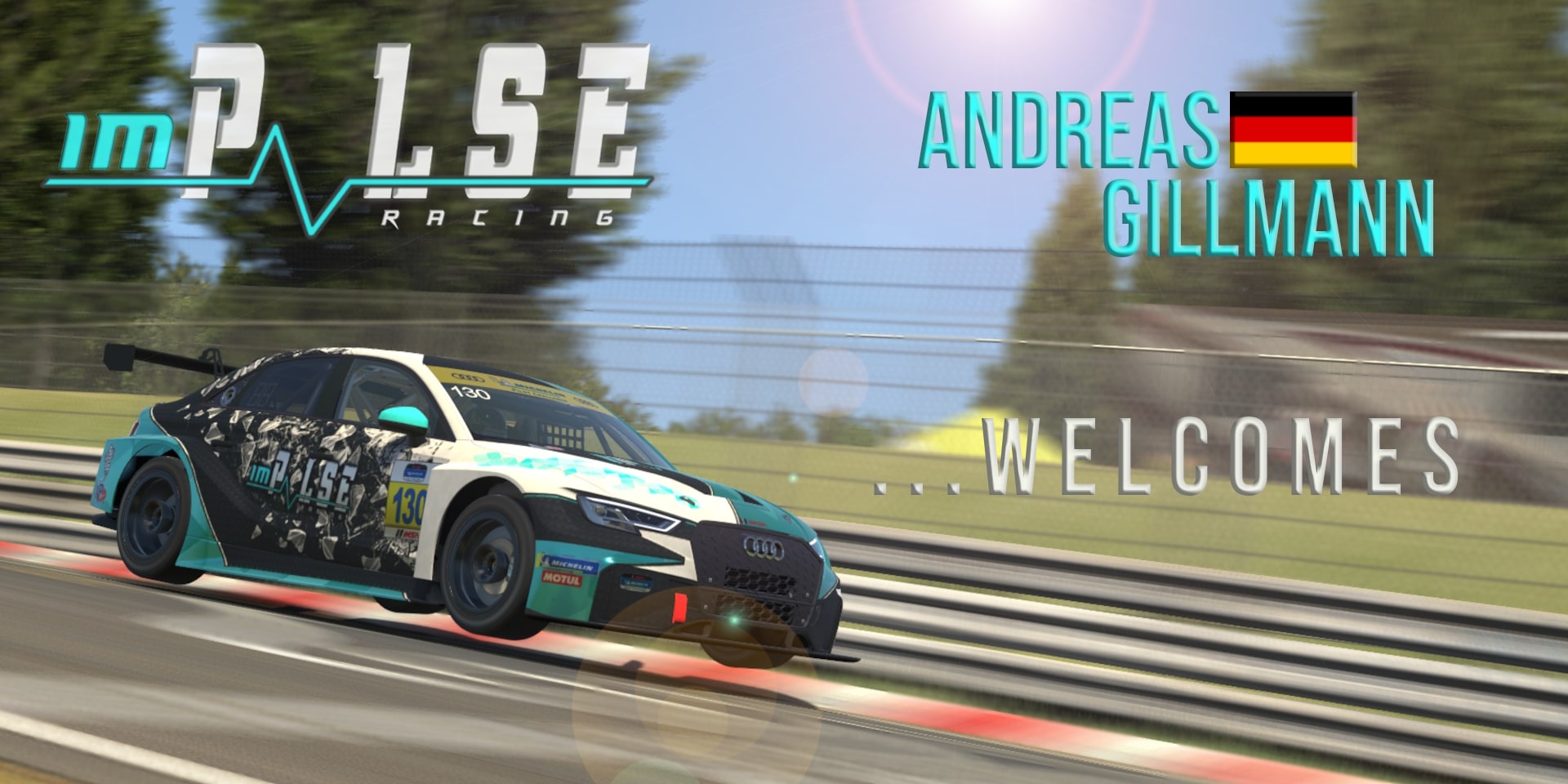 Due to the 24h old Swiss Florian Thoma we have a little bit of GT4 and TCR experience from real motorsport at Impulse Racing!
Florian has only been racing in the simulation iRacing for a short time, but he convinced us from the beginning! In the past weeks we gave Florian a few assignments in the VRS Endurance Series. There he showed his driving skills, experience and carefreeness.
In the last years the native Swiss, who now lives in Germany, had racing assignments in the ADAC GT4, TCR Germany as well as the VLN. He was able to drive cars like the Aston Martin GT4 or the Golf TCR. Florian would like to continue his success in motor sports in SimRacing and will be involved in all series in which we compete with a GT3. 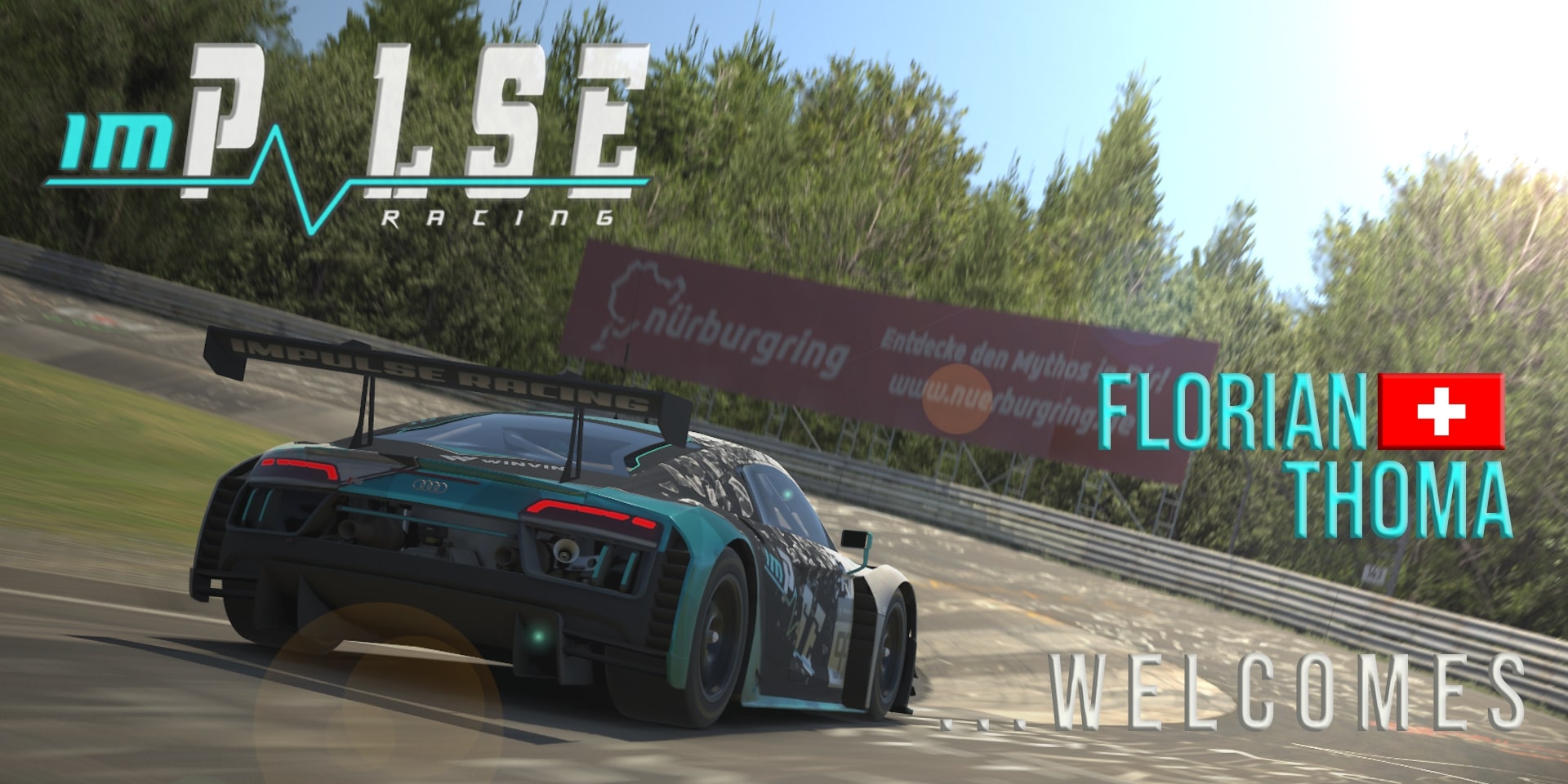 Next Addition in GT3 Class

But that's not all, we are also happy to introduce Daniel Sommer! The 25-year-old German has been in iRacing since the beginning of 2020. Just like Andreas and Florian, we have already given Daniel a couple of times in Endurance races. With passion and enthusiasm for his work he could impress and confirm with consistently good performances. Due to his experience in GT3 or GTE he will be a great support in series like the GSR Masters or maybe also in the Sports Car Open!

I am really looking forward to the new challenge at Impulse Racing! iPR is a great team, which has already proven itself nationally and internationally to be able to compete at the top. I was very well welcomed and I am excited about what we can achieve in the upcoming league races and special events. 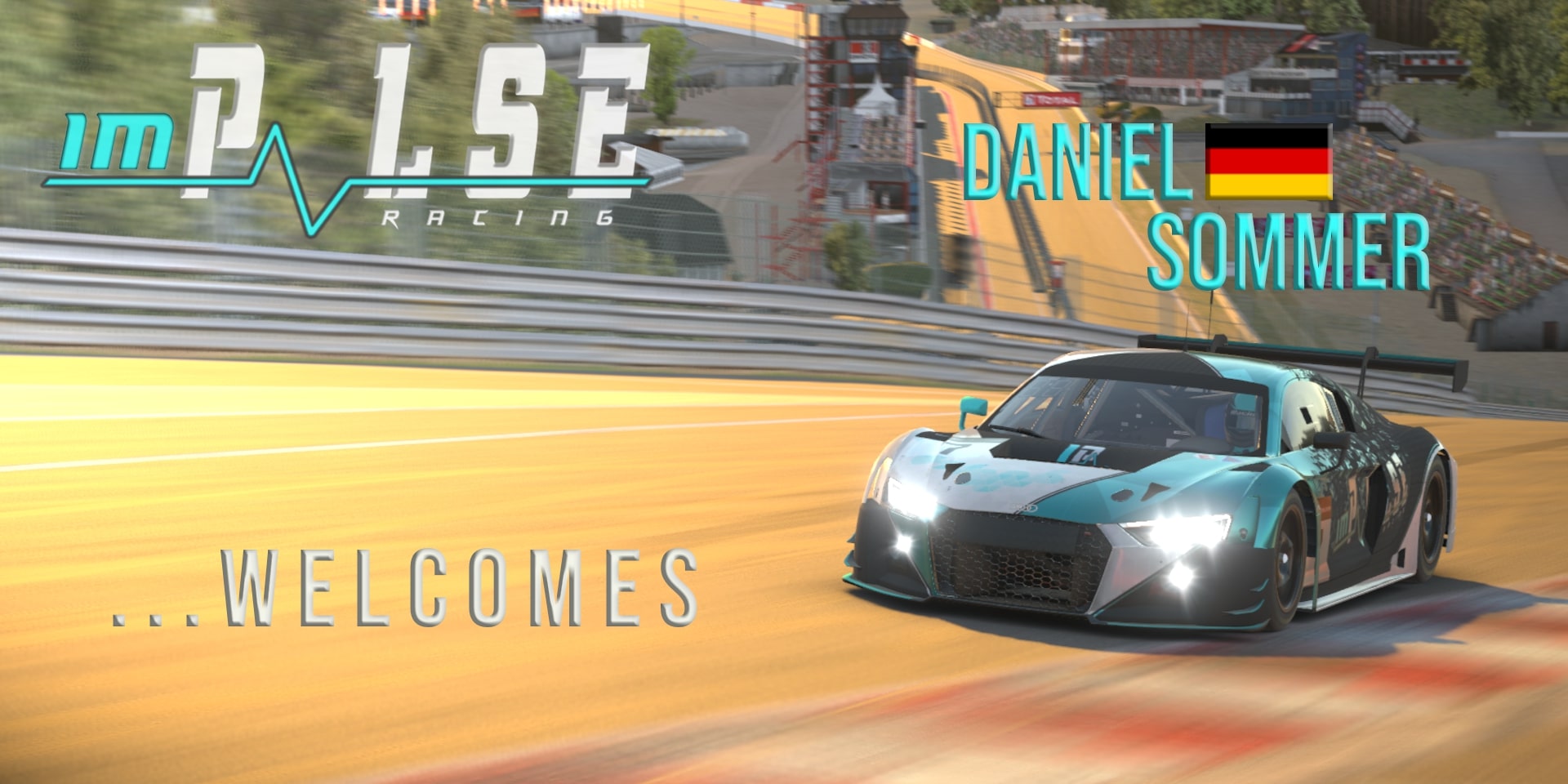