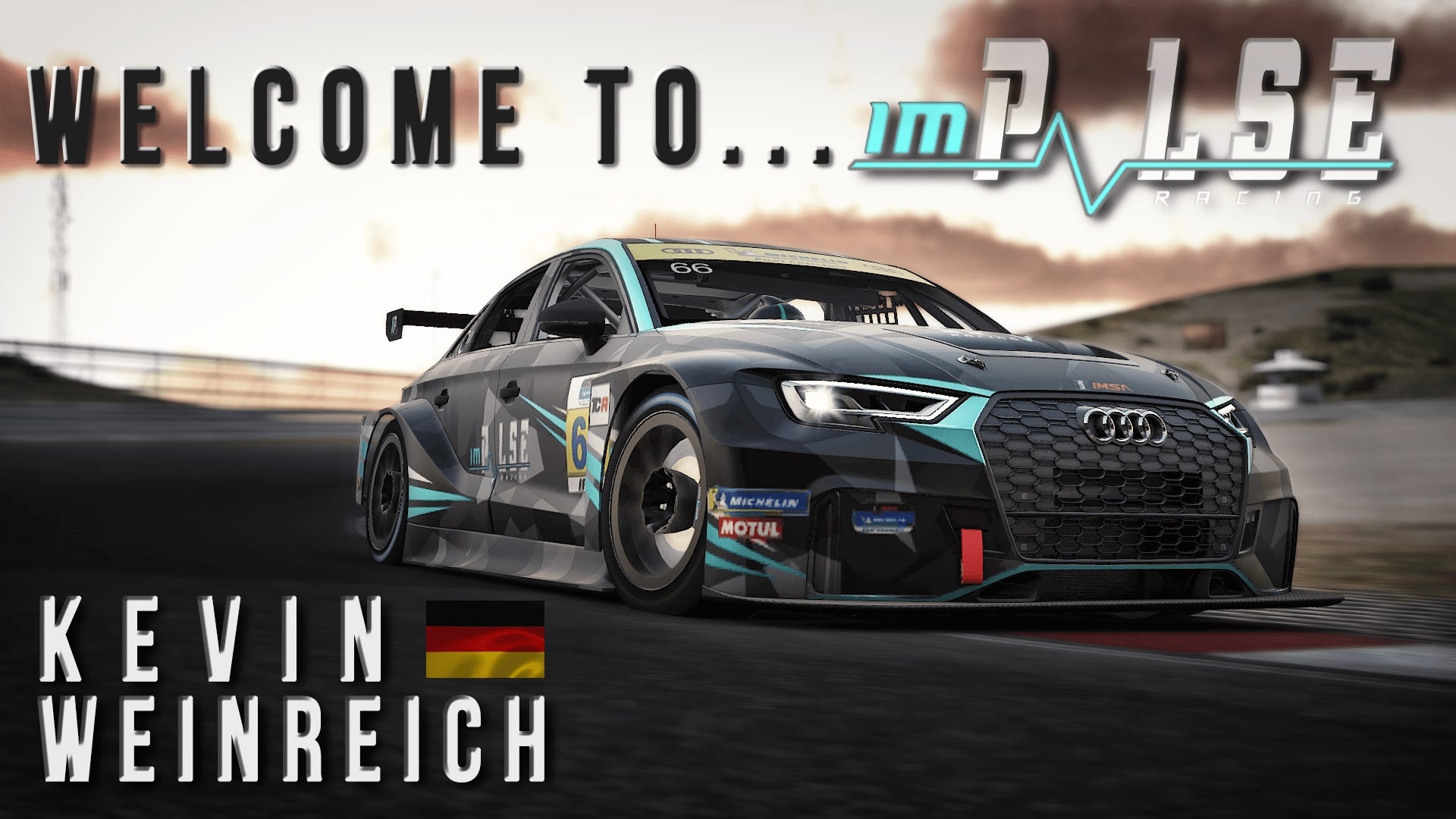 iPR is starting racing in TCR-class!

Impulse Racing is pleased to announce that from July on Kevin Weinreich will support the team as a new talent! Kevin, who comes from North Rhine-Westphalia in Germany, has been racing in iRacing since December 2019. He will mainly compete in TCR in various series. Among them the Heusinkveld TCR Heat Series, but also the iRacing Endurance Series or the Nürburgring Endurance Series.
In the end, Impulse Racing it's new talent Kevin Weinreich perfectly fitted into the Team and with a 6th place in the topsplit in the iRacing Endurance Series at Silverstone he made a perfect start and demonstrated his potential.

I started working with Simracing (RaceRoom) in 2016 and at the end of last year I made the complete change to iRacing. Having driven for GetPole so far, I was looking for a new challenge. The contact to iPR has been existing for quite some time because Marcel Jochheim and I made the first steps in the Simracing area together in 2017 in RaceRoom. With the rest of iPR I got along great right from the start. I'm really looking forward to the Impulse Racing project and hope that I can represent the team with my skills.