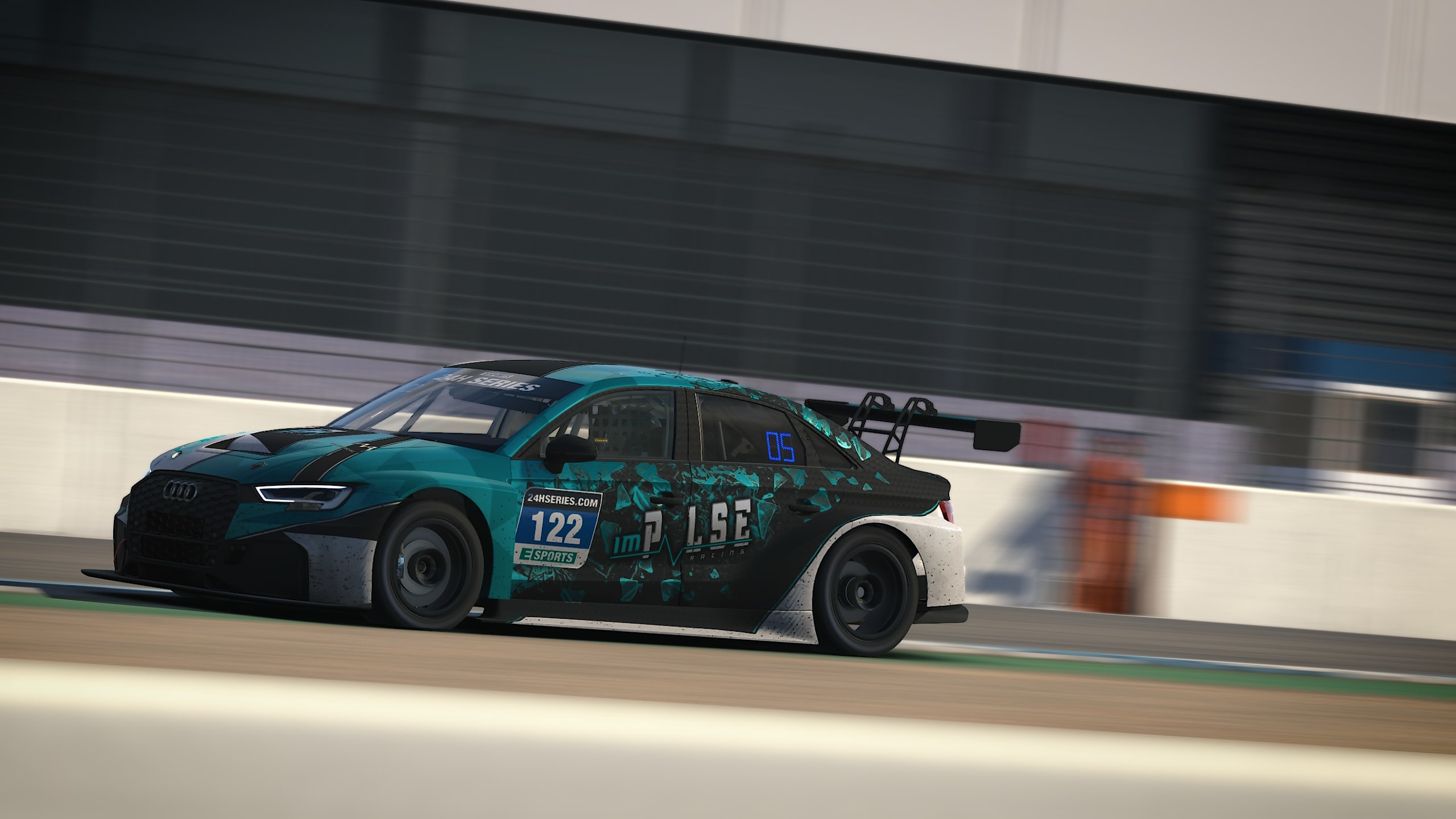 Already one week ago Impulse Racing started again in the 24H SERIES ESPORTS. Impulse Racing returns again with a TCR car in one of the strongest fields endurance series in the world. The season opener this year is at the Hockenheim Ring. We start the season in Germany, which Impulse Racing, of course, is familiar with. After the 1-2-finish in the Creventic 12Hr Series in TCR, there is high potential for a strong race.

A short recap to last year, where the TCR was hit by a run of bad luck in the series. A lot of incidents with the faster classes resulted in multiple broken TCR cars. Nevertheless, our TCR drivers made the best of each and every race, which resulted in an 8th place finishing position in the championship. As rookies in the series still not what we hoped for looking and the raw pace, we had at the end of the season. But the new season, new chances! And we aim high with at least a top 5 in the championship and grabbing a couple of podiums! 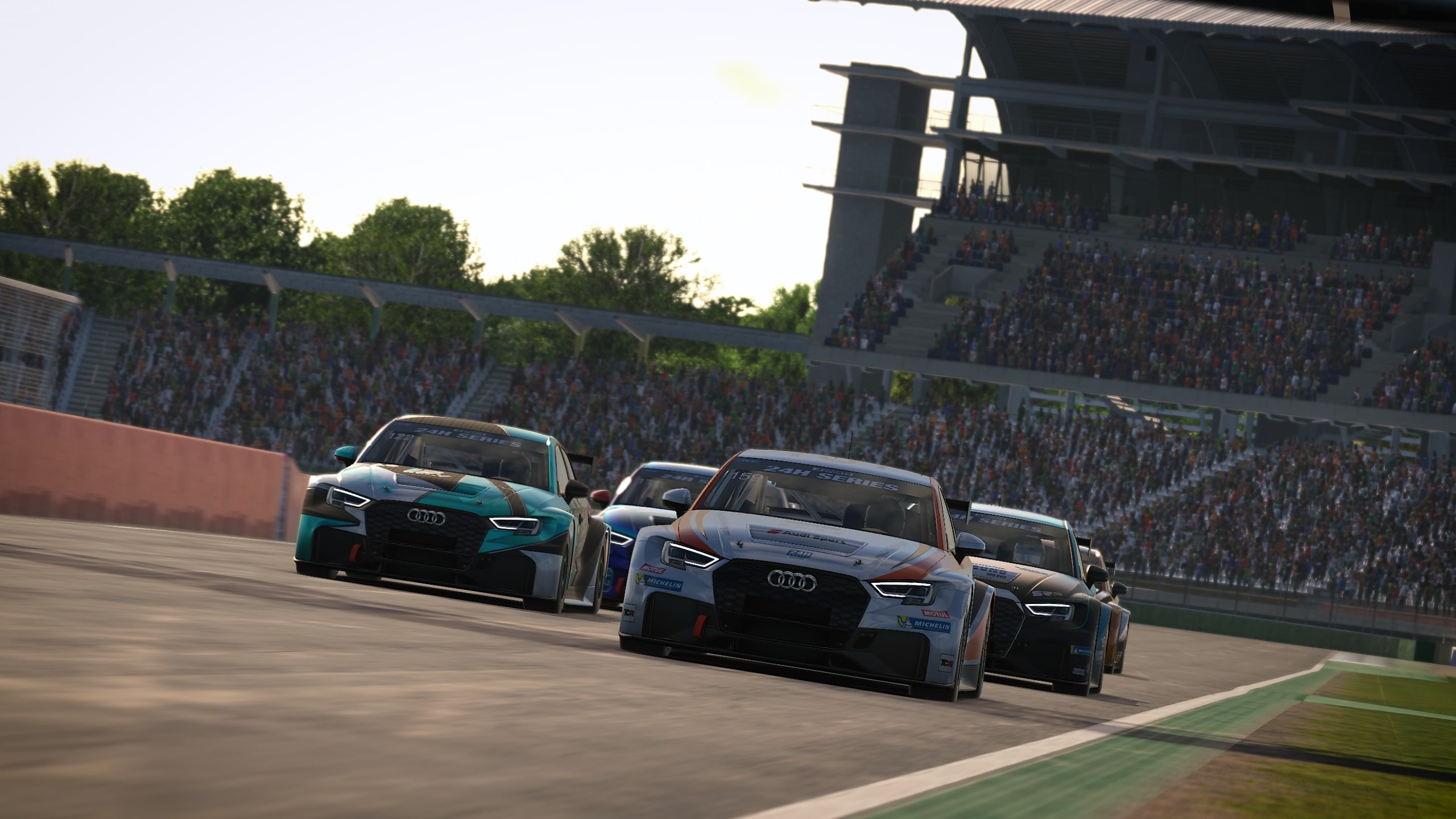 Yes, we got off to an amazing start with the first qualifying session of the season. Same rules, pushing all the limits in a 15-minute session with all the TCR cars on track at the same time. Fine margins on off tracks, traffic management, getting the tow. All these components to deal with and Martijn Asschert made sure he was on it. He split his run-up into two parts, changing only fronts after his first run to keep the rear tires nice on temperature. It turned out his first run was the quickest. In a nice draft and on the limit, he put in an almost optimal lap time. This resulted in a second position on the grid! So close, just less than a tenth away of the Core TCR.

This year a change has been done for the TCR. The fuel is limited to 60L this year instead of 100L, which means more pushing and less tire saving. Makes for some faster lap times and more pushing over the stint. After a strong start holding second place for the first 10 to 15 laps the third wave of traffic hit. With this unlucky run of traffic, the frontrunner in the TCR was able to get away, which meant our TCR car was leading the pack. This meant not much fuel saving for our TCR car and a lot for the drivers behind. A small disadvantage, but after a very strong stint it was time for Chris Shorter to take over the car.

So close to a podium!

After Chris Shorter his stint and Christopher Emms double stint our TCR found itself in fifth place. Just a little bit off-sync due to less fuel-saving and having a bit of unfortunate traffic. All these laps turned just 4 seconds behind a little train with second till fourth place. No fuel-saving again, which worried the drivers a bit about opportunities in the last stints to drive towards the podium.

All went strong with Chris Shorter jumping in for his final stint again. He drove a strong stint putting the car back into fourth place just a couple of seconds behind third place. Martijn Asschert was up for the final hour. It would be two short stints of low fuel, making it possible to push to the maximum. The Impulse drivers also learned the undercut is effective, so they went for it. After the pitstop, they managed to pull off the undercut. Third place on the track and Martijn his pace looked very strong towards the car behind, meaning the podium was within reach! 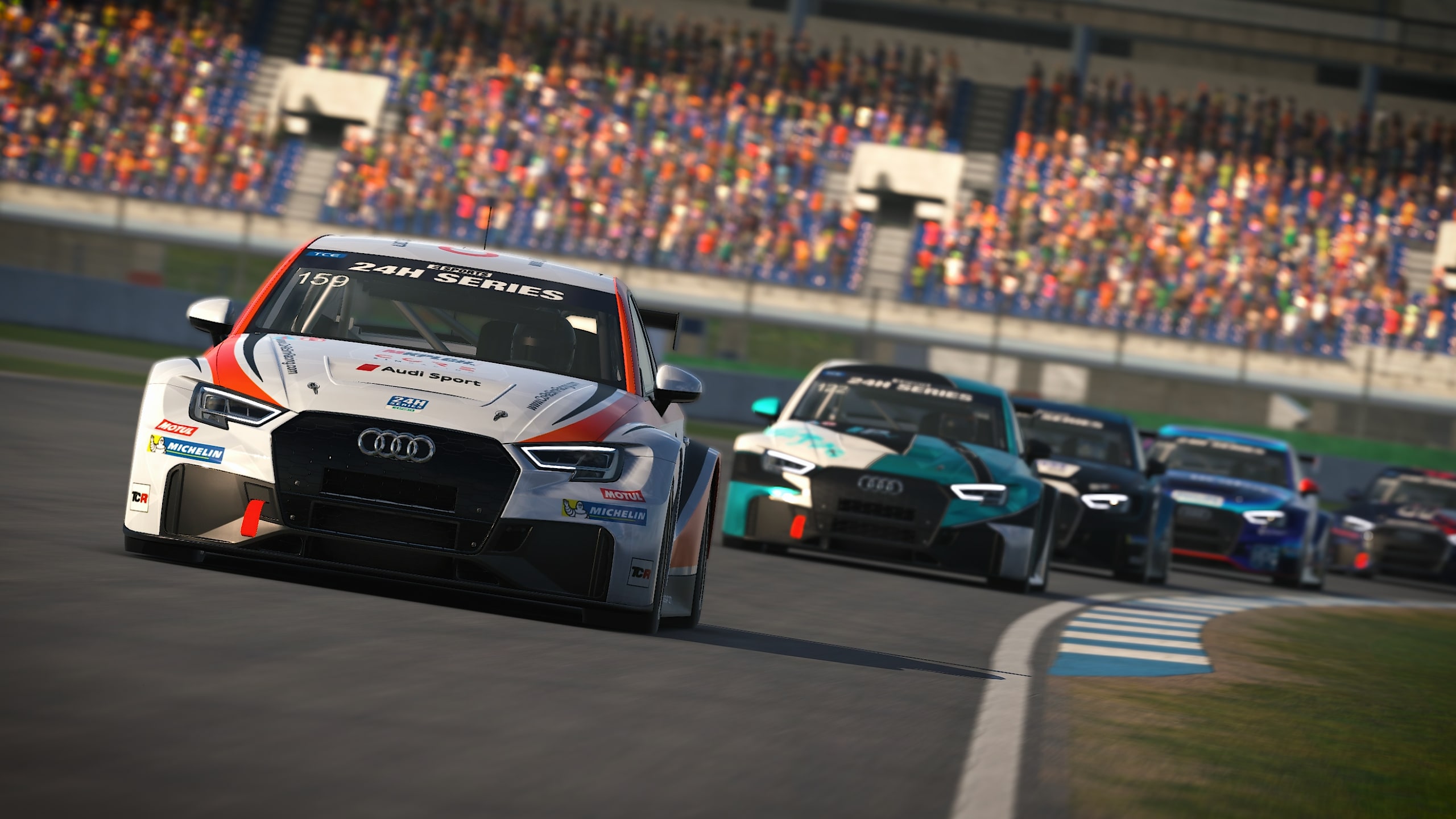 The big problems arrived. One of the TCR cars in the back of the field was about to get lapped by our Impulse car. This car did not give room at all being 1,5 seconds a lap slower losing slight bits of time. After an opportunistic overtake on the backmarker we thought we were clear of him. Nevertheless, the car tried to unlap himself immediately resulting in a completely unnecessary contact and costing us third place. It hurts badly if such incidents happen, which you can’t control. For the next races, we learned from it.

In the end, not much was lost and fourth place could be beheld by very strong and fast final laps of the Impulse car. So, a very good start to the season looking at the circumstances. Always room for improvement, but the goal to grab some podiums is definitely realistic. We all very much look forward to next month for the next race!

On the 21st of November, the next round of the 24H SERIES ESPORTS championship takes place at Sebring with another 6-hour race. With the 1-2 at Creventic yesterday we look very forward to what we can do in this race! For the broadcast of the last race at Hockenheim see the video below.