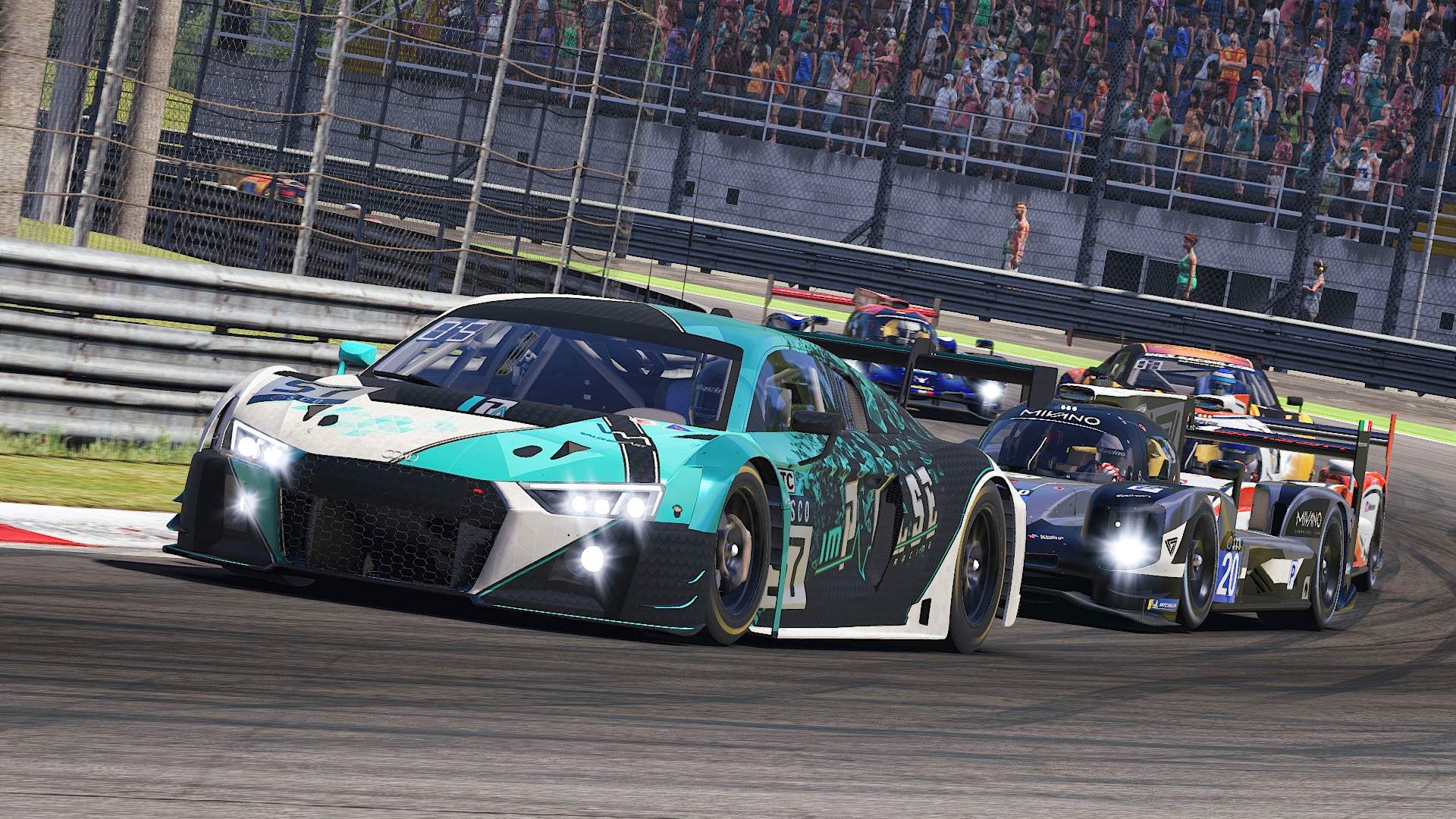 Difficult Race with a lot of Ups and Downs

With a strong opening race in the LMP2, the expectations for a top 5 place were set once again. In the GT3, on the other hand, the goal was set for the first time to reach the finish line this time. 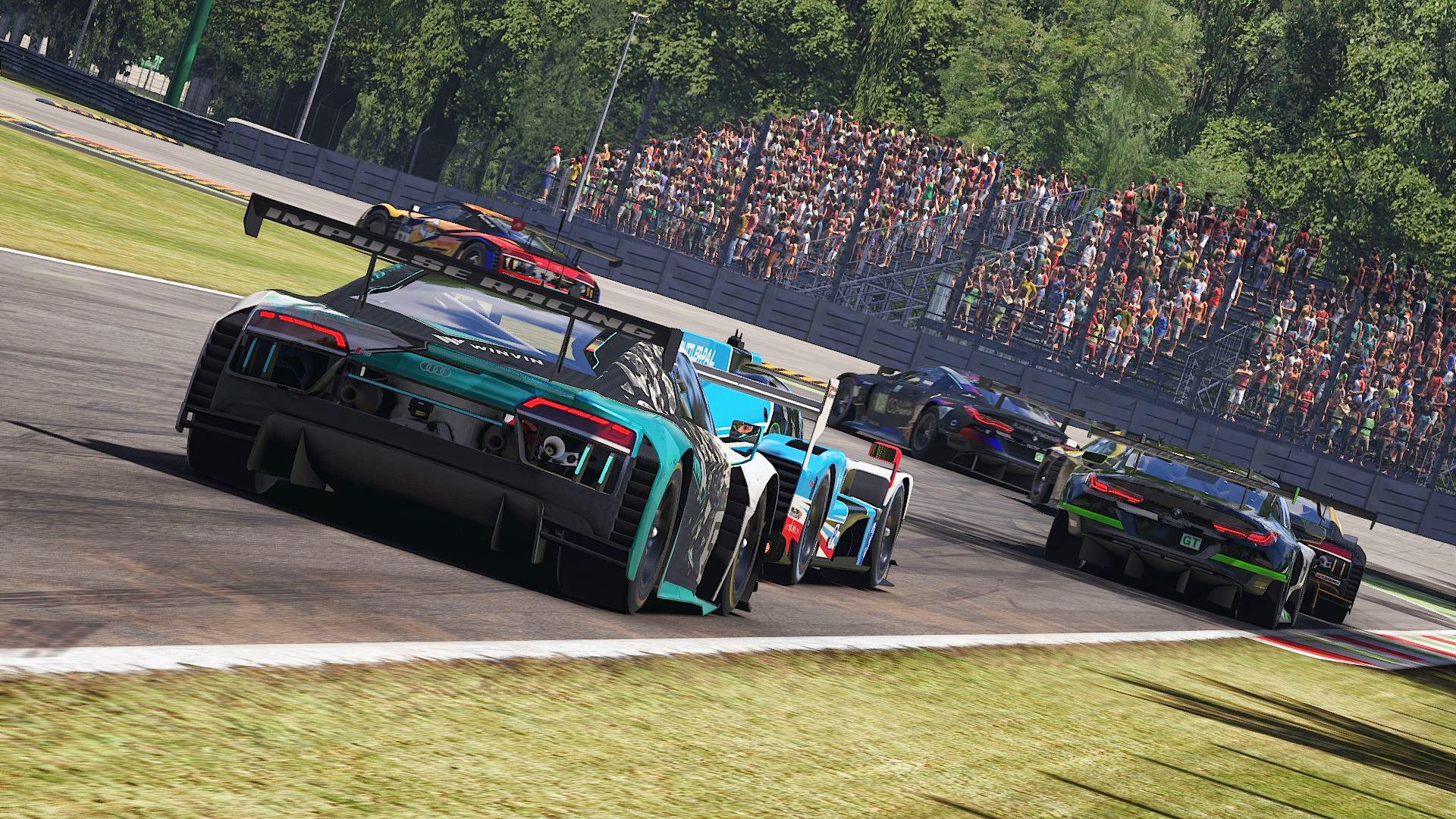 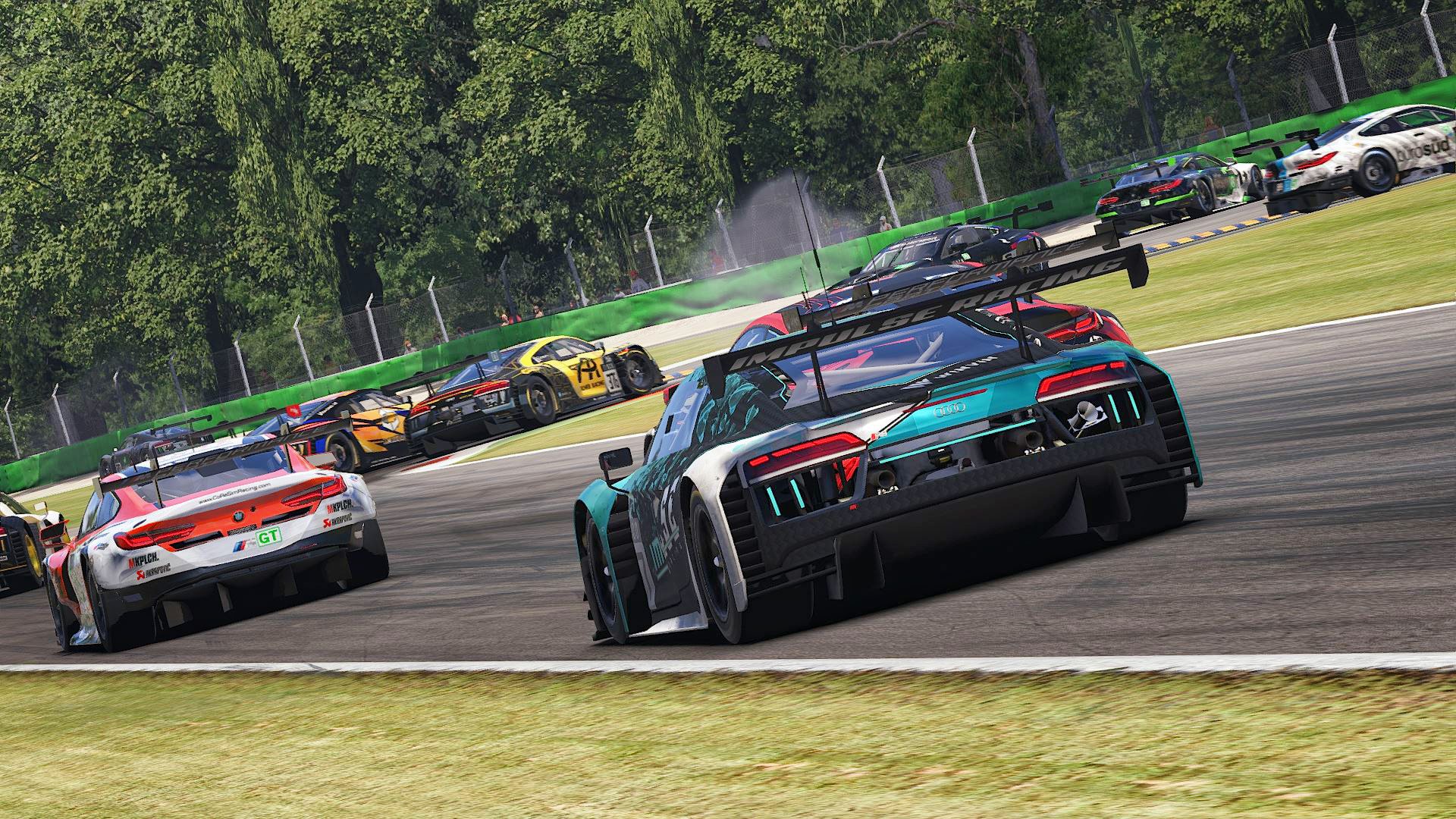 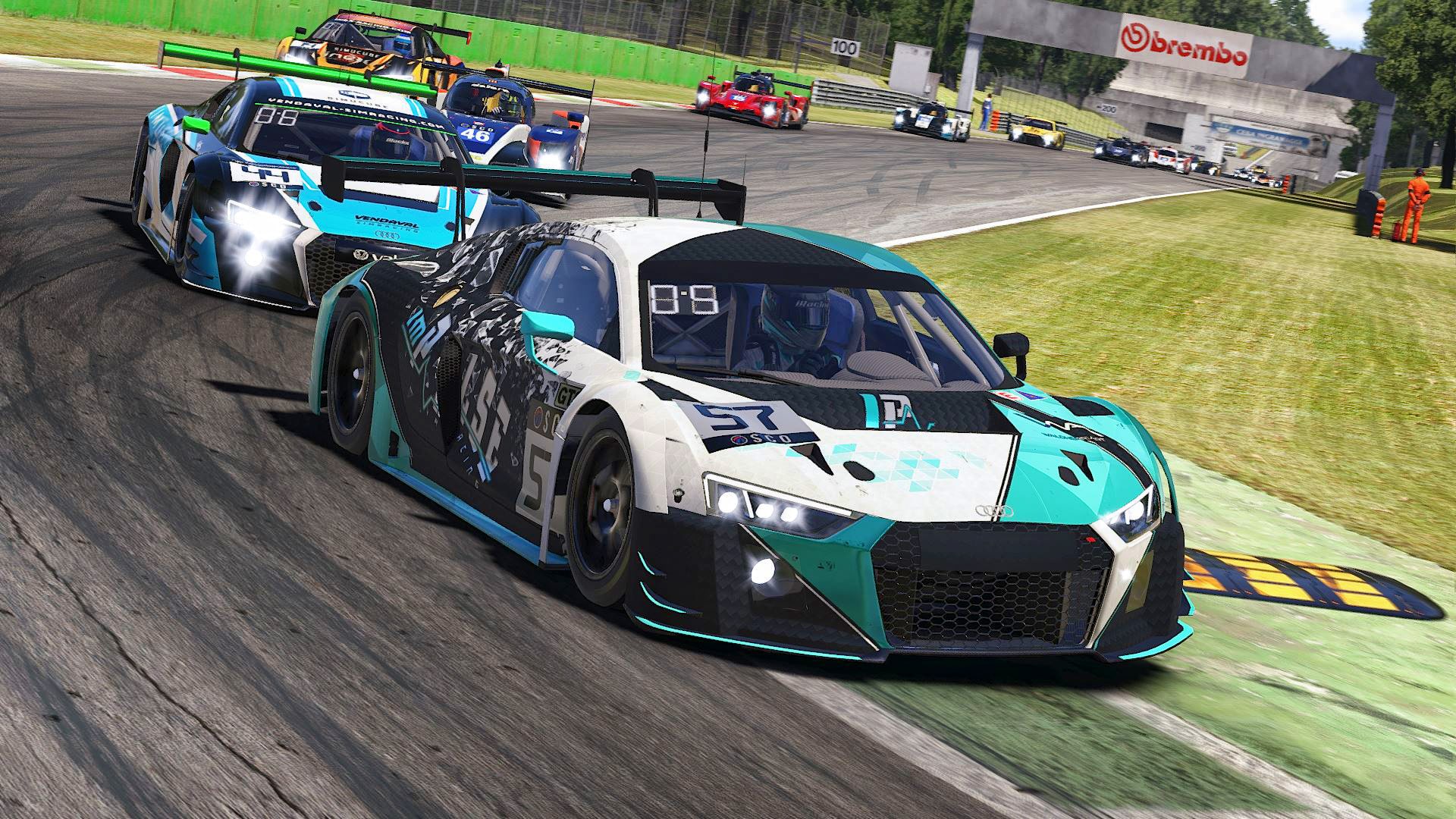 Slipstream strategy for the qualification

As usual in the new mode, the qualification started with the GT3 class. Since Monza consists of many long straights, slipstream is crucial for a really fast lap. So we sat down together with Maniti to pull each other - with success! While the colleagues thereby set a best time, it was also enough for Linus to finish 6th. Good starting position in the race.

At the end of the qualification the LMP2 cars have the opportunity to set their times. Here they teamed up with SIMMSA. The success stayed away. For Peter it was only enough for a 12th place. It was a long way forward, but the team was optimistic.

A lot of contacts in the first hours

Despite of Monza and their first corner, the race start went very well. There were no real contacts or accidents in all classes, but these were to come during the race. More and more reports came in and a lot of todo for the race control. Also our LMP2 got a little contact with another Prototype car into the second chicane. Because of the typically heavy traffic in the SCO there wasn't that much space for all the cars. Our Audi GT3, in which Linus also drove the start and Marius drove to the end, had a small rear-end collision with a Maniti car, but this had far-reaching consequences for our Audi.  For Linus and Marius it was hardly possible to keep up with the pace from the front, because of the loss of top speed and the damage - we dropped back to 10th place. 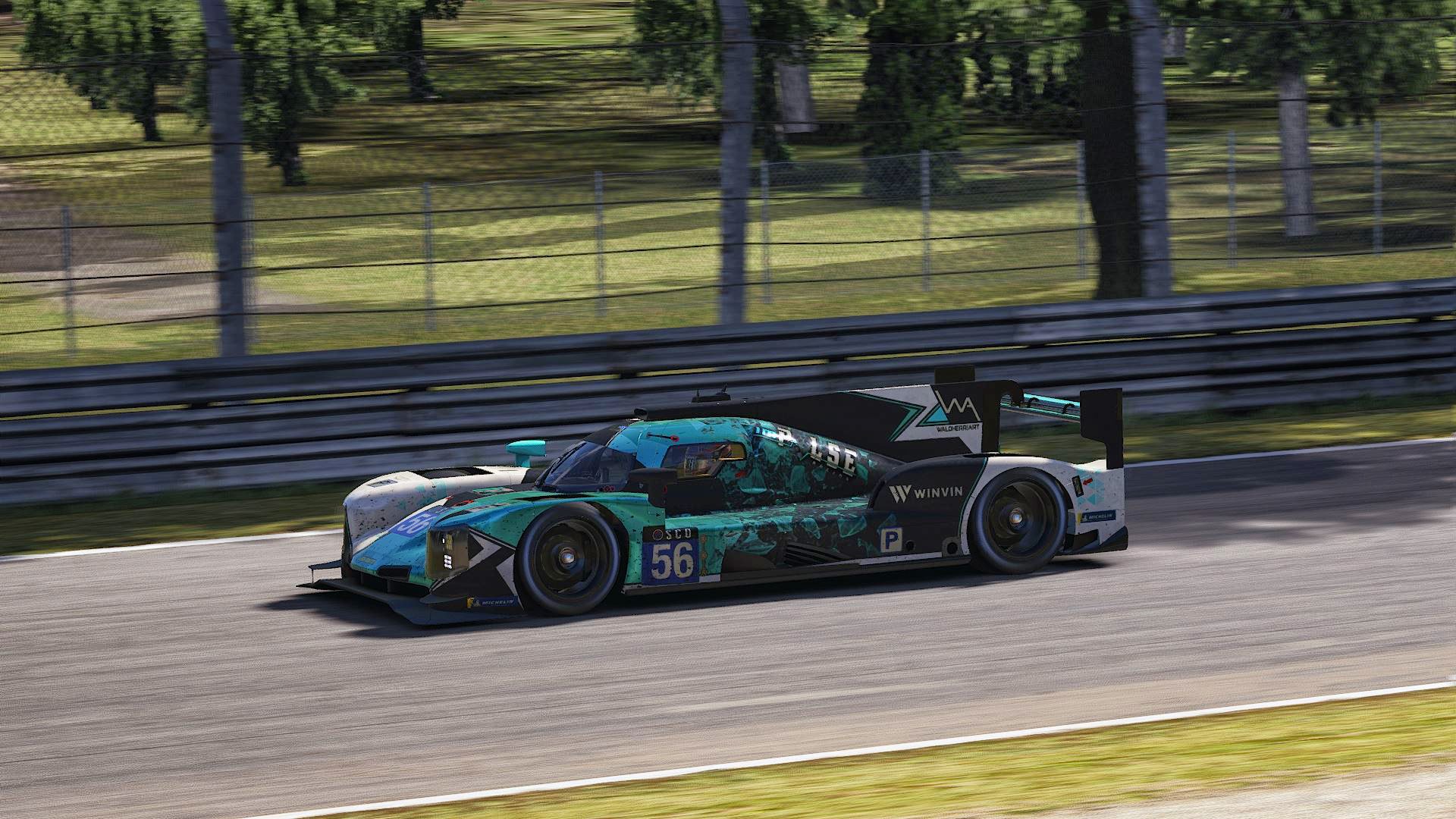 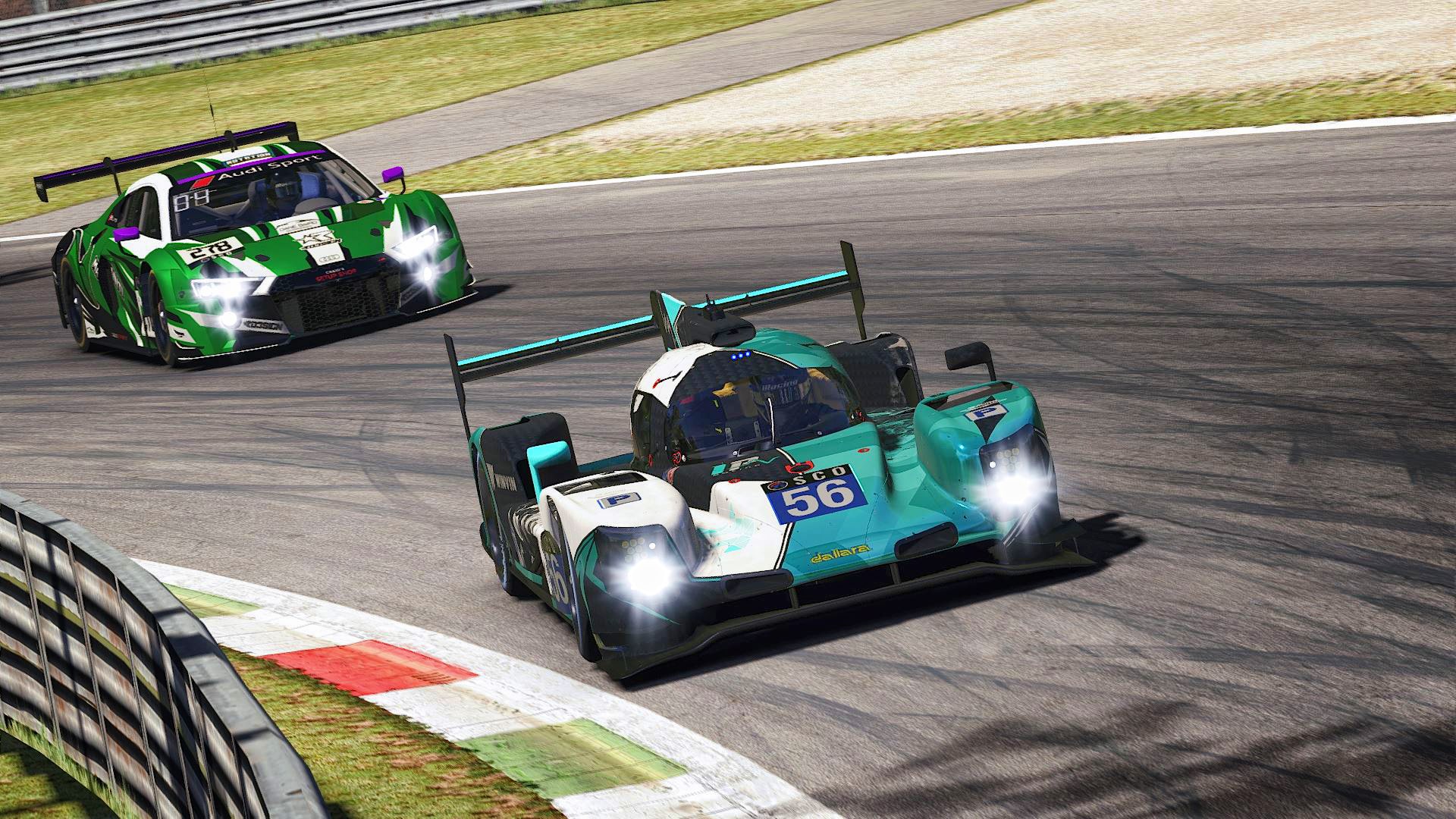 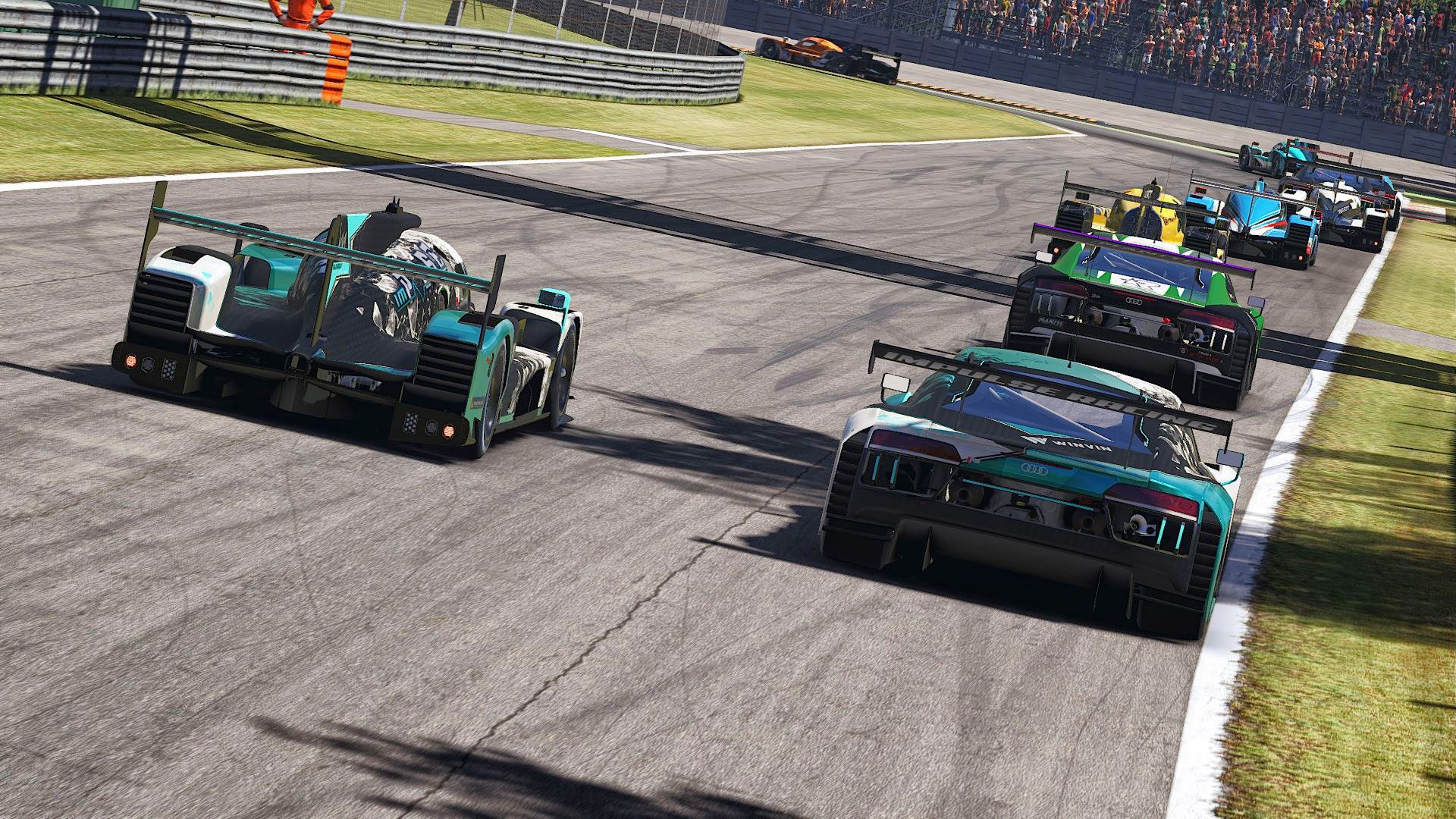 Compared to the Audi GT3, the team in the LMP2 was able to work its way up to the front throughout the race. In the end Ricardo took over the cockpit, who unfortunately had to give up his position in a thrilling fight with CoRe SimRacing and thus finished the race on 7th place. Nevertheless these are also important points in such a competitive grid.

In about 3 weeks the SCO will return to Germany. On the Nürburgring after 12 and 4 hours the 3rd race distance over 6 hours takes place.