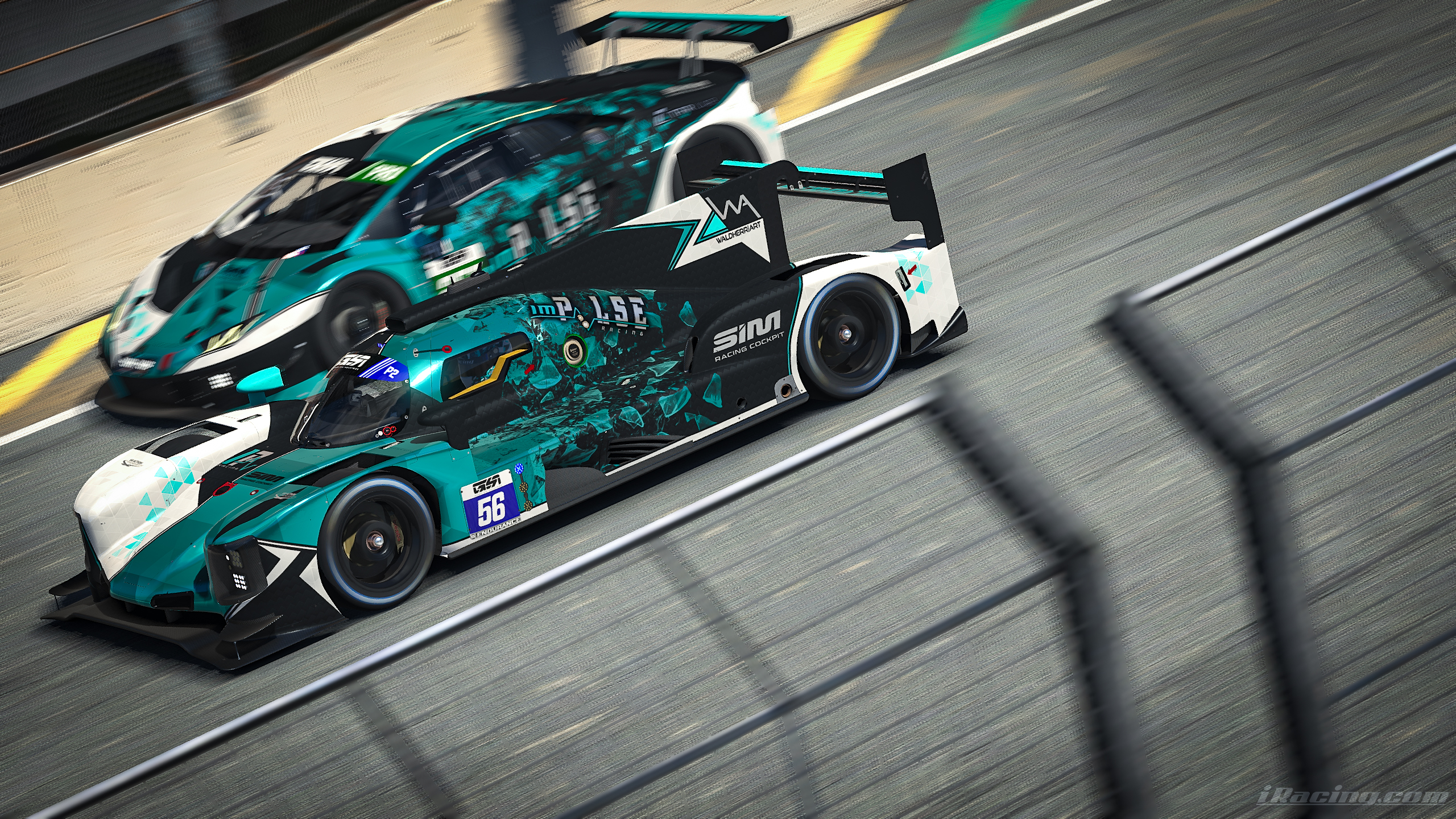 It was the first season for Impulse Racing in the IVRA Endurance Series. And it was definitely not an easy one.
The IVRA Endurance Series uses roughly the same classes as the Sports Car Open. In addition, there is a GTE class and the GT3 class is divided into Pro and ProAM.
As a result, the IVRA Endurance Series is seen as the "little sister" of the Sports Car Open. However, if you look deeper into the series, there are big differences between the two.
The IVRA is much more complex in terms of regulations and therefore comes a little closer to reality.
For example, there are special rules regarding pit lane passes with pit limiter or driving on the fast lane. The biggest benefit, however, is the safety car, which we already know from the IVRA ClubSport Series.
This keeps endurance races exciting until the end. Not only the fastest can win, but also the one with the best strategy.

The guys from the TCR or Porsche Cup already knew this from the previous ClubSport Season. However, for the guys in GT3 or LMP2 it was a completely new experience. On the one hand, it helped the team to achieve some surprising results during the season, but on the other hand, it also led to some disappointing moments.

Successes in the Fall Season

It all started in September with the 1000km at the Nürburgring. While the LMP2 got into some accidents and couldn't finish the race in a top position as desired, the Lamborghini GT3 already took its first victory! A better start to the season is hardly possible

One month later, the race continued from the Nürburgring to Spielberg in Styria. The LMP2 with Lee and Timo wanted to make amends. After qualifying on pole position they were beaten by Apex Tech Racing due to a late safety car phase. In a close final, they finished P2. Nathan and Michael's GT3 also started on pole and dominated the race from P1. However, already in the first laps the race was unfortunately ended. 0 points were scored at the end. Disappointing after the opening victory.

With Barcelona and race 3 in the Fall Season, the first half of the season came to an end in November 2021. After 2nd place in Red Bull Ring, which felt like a defeat for the LMP2, they finally wanted to be on top in Spain. This looked very good for a long time. But due to a mistake shortly before the end, they got a DT penalty and dropped back to 3rd place in the final result. So again not the hoped victory.
It was a difficult race for the GT3, which was very competitive in the midfield. After 1000km and several safety car phases, they finished the race in 7th place.

Not an easy 2nd half of the Season in Winter

The season opener for the 2nd half took place in the USA at Watkins Glen. Timo had to take a break in LMP2, so guest starter Mathijs van Erven from the Netherlands replaced him and drove the 1000km with Lee. Although they were not on a very good pace as in the previous races, but could continuously keep up with the leaders. This gave them a solid starting position for the late safety car phases before they were spun at the restart. This was saved in the end with full concentration and a 4th place. In GT3, things started very well again, just like at the Nürburgring. Although not with a victory, but a 2nd place. They regained the gap to T3 Motorsport in the overall standings!

Afterwards, Interlagos did not go as expected for the LMP2. With a very good pole position again, they drove away from the front in a dominant manner for the first stints. However, the car was once again too badly demolished by no fault of its own, so important minutes and laps were lost due to repairs, and with them the final battle with Puresims for the overall standings. In GT3, the second car was invited to take part in the final races. The #256 could now also prove itself in the GT3 Pro field. With P9 in the first race of the winter season, this worked out very well. The #257 car again took pole position. In a race without a safety car, Race Control unfortunately decided that the car had broken the rules at the start of the race and had to try to make up for the lost time throughout the race. Unfortunately, that was only enough for 4th place.

Accordingly, all eyes were on this car in the last race. They were only a few points behind T3 Motorsport. However, they had done a great job with the pole position over the race on Road Atlanta and had made the championship clear in front of our #257. Due to again debatable decisions with the race control, the car lost important positions and ended up in 9th place. The Lamborghini with the #256 finished the last race of the season on 8th place.

Overall, this was still enough to secure 2nd position in the overall championship! A great success to build on for the next season.

Pictures by VCO and "Sepzone"