Skip to content
Win at the IVRA Clubsport season opener! 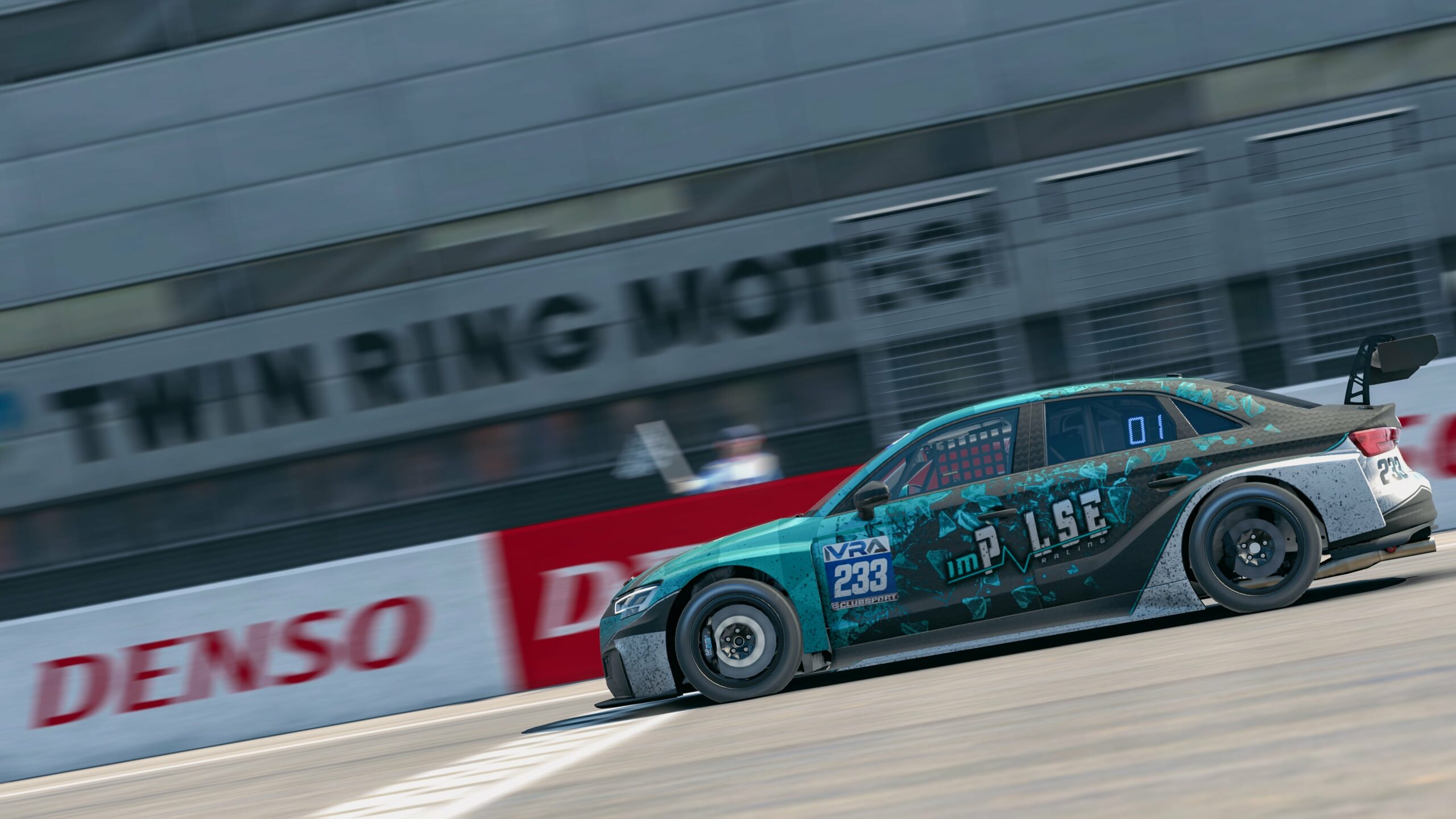 We are back with IVRA Clubsport!

We are back with the IVRA Clubsport 2021/2022 Season Opener. This season with a lineup of 3 cars! We compete in the league with two TCR cars and one just released Porsche Cup 992 car! It has been a couple of months after the strong second-place finish of our TCR car in Sebring. A season with mixed feelings for both cars last season. So much potential and experience build-up, which is a promise for the new season. The goal is to compete for championships!

Interesting is the release of the new Porsche Cup car in Iracing. It has been put to the test last weekend in round 1 of the IVRA Clubsport championship. Limited preparation time, but a nice challenge for our drivers Pascal Costa and Alexander Hetmank. The two TCR cars start the season with car number #222 driven by Chris Shorter and Christopher Emms. The number #233 was lined up with Tim de Vries and Nathan Amess.

The season-opening track driven is the Twin Ring Motegi. This track originates in Japan and was built by Honda in 1997, with its name coming from the possibility of having two race tracks. The road course and the oval track. Logically, the road track was up to be driven consisting of about 4 hours of endurance racing.

Perfect qualifying for the TCR and the Porsche Cup in the front!

Every driver knows the perfect lap is almost near impossible. After qualifying all our drivers told us they were not completely happy with the lap. Nevertheless, looking at the standing, the results looked more than interesting. A front-row lock-out for the TCR cars. Amazing result! Helping each other in practice sessions and getting each other up to speed showed in qualifying for the TCR drivers. Only just 0.011 seconds between the two cars.

Pascal Costa said after the race “they spend the most time on race pace because there was just limited time to prepare the race after the release of the new Porsche Cup”. Well, Pascal, we didn’t notice that in qualifying. He performed very well and although saying he had some minor mistakes he put the car right in front of the pack. A good fourth position to start the 4 hours of racing with. 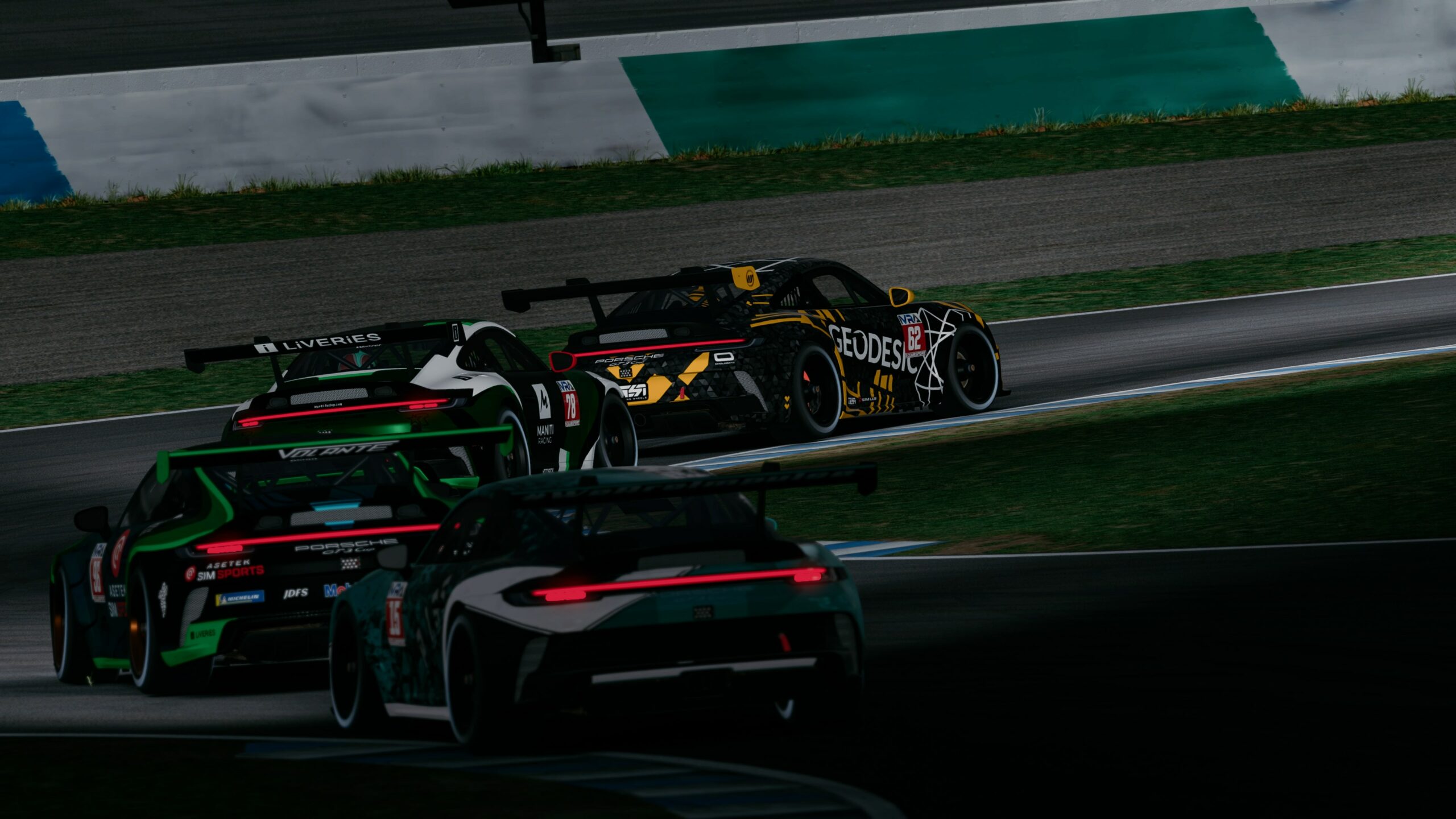 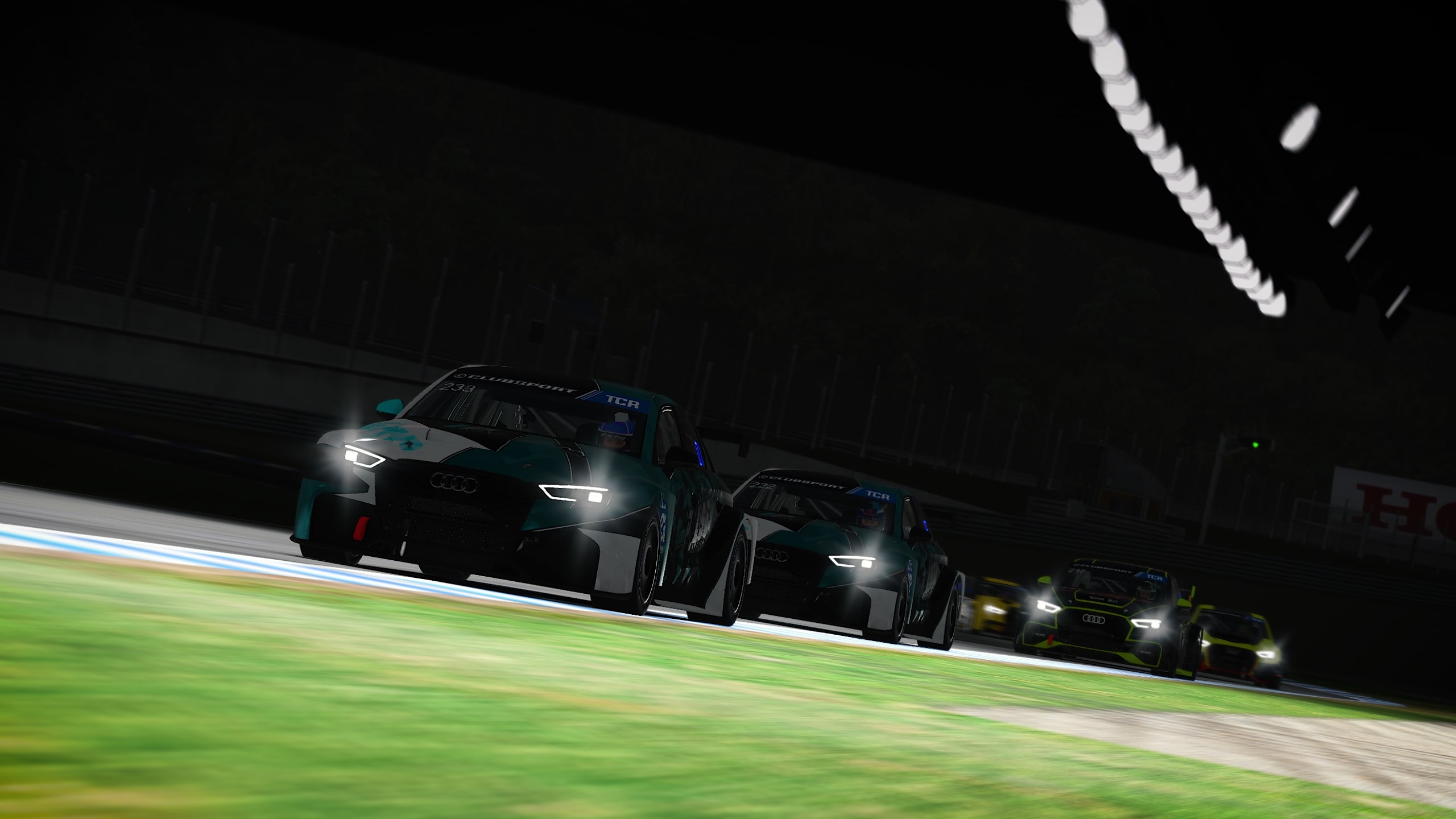 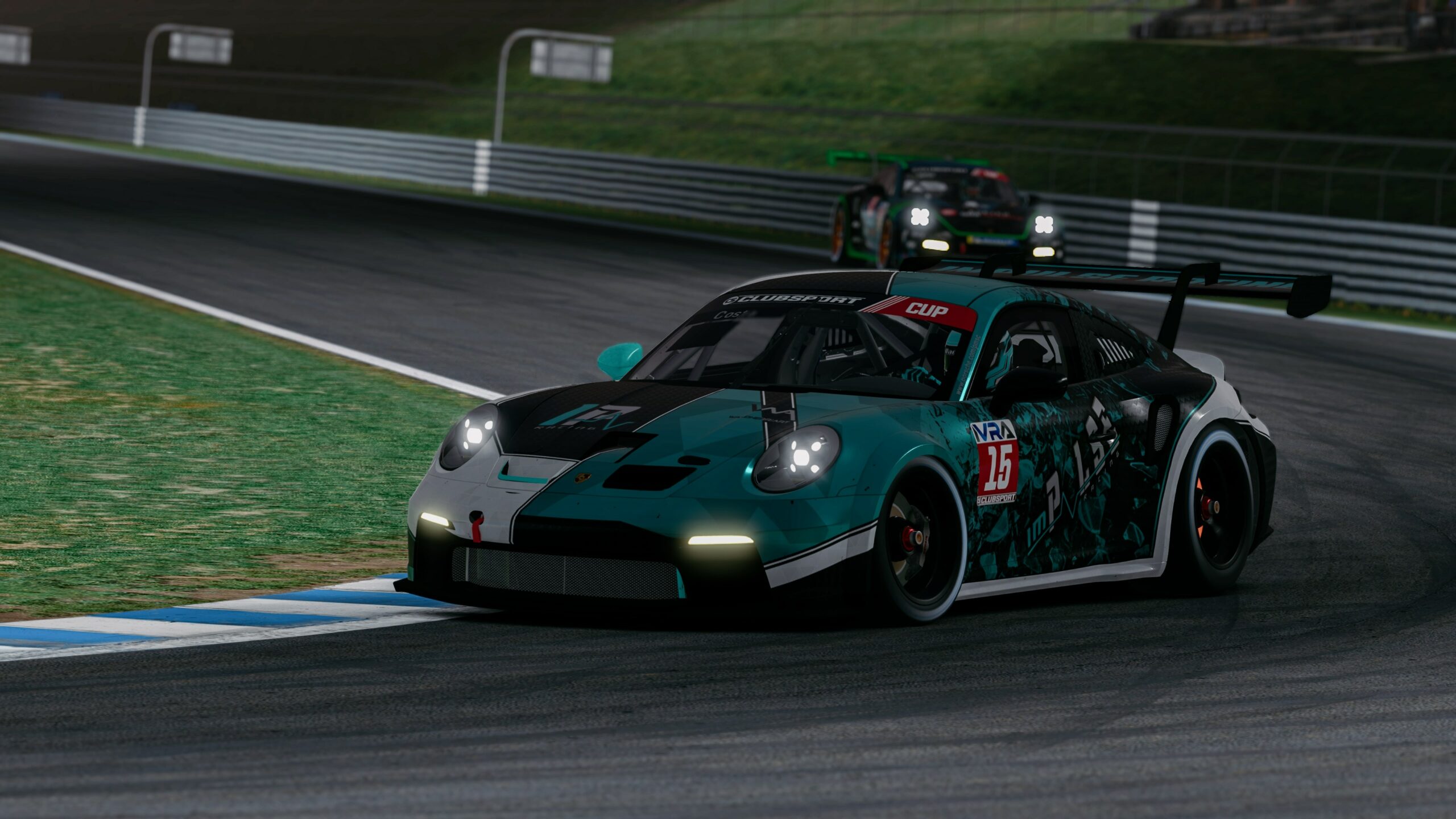 The start of the race went as strategically planned by all cars. No incidents, good care was taken and a nice driving rhythm was found. In the TCR class, the two Impulse cars were able to get a small gap to the rest of the field. They were able to work together and dominate the first part of the race, also showing promising pace.

The Porsche Cup didn’t lose or win any positions directly at the start. But not many laps later a nice overtake brought them third place and continuing the strong race pace. Pascal told: “I took my patience, felt I had the good pace and was waiting for my opportunities”. Nothing more said, Pascal, did as he said and took second place in the race a couple of laps before the first pitstops started.

As perfect as the start looks, the middle of the race consisted of some mistakes. This gave the drivers an extra challenge and time to show perseverance. The number #222 TCR and Porsche Cup car both ran into trouble in the pitlane, resulting in a penalty. Thereby both cars also ran into situations with a slight contact. Race Control turned out to be very unforgiving that day resulting in another penalty for both cars. With both cars having a total of about a minute of penalty time under their belt, they never gave up and tried to make the best of it. In the meantime both cars also driver swapped and some fresh energy entered both cars. Both cars coming from around the back of the field made up positions quickly. The number #222 TCR was back up into P3 again and the Porsche Cup car got back into P6. In the meantime, number #233 was still leading the TCR class and luckily stayed out of trouble.

Because round 1 is one of the longer endurance races in the series, the halfway point giving system was active. This meant at half of the race points were given out to the teams. Although some troubles for 2 cars the results in TCR were very good. The number #233 passed the halfway mark in first place and the number #222 in third place. Good points to start the season with! The Porsche Cup had bad timing on the penalties and passed the halfway mark in eleventh place. 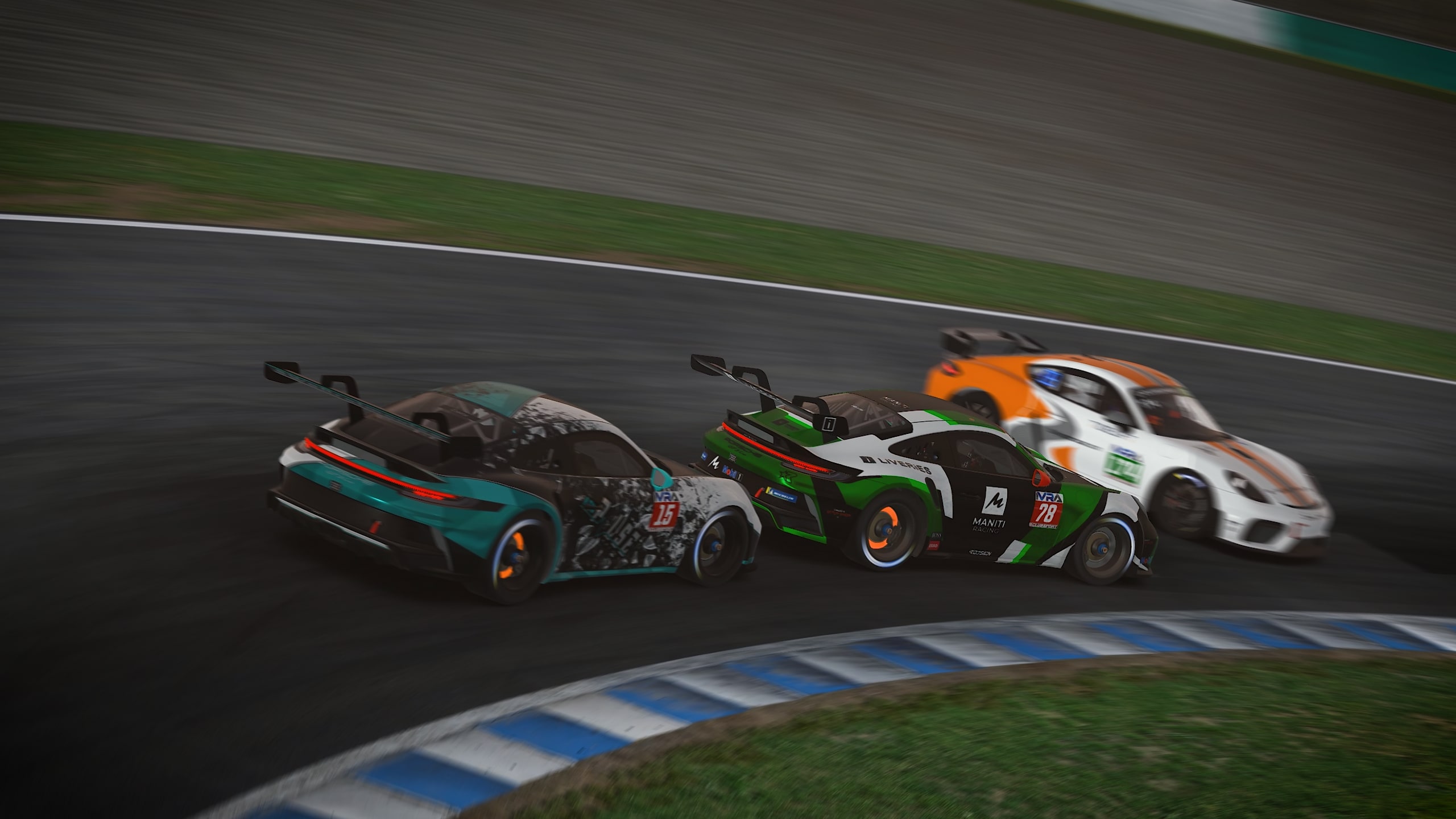 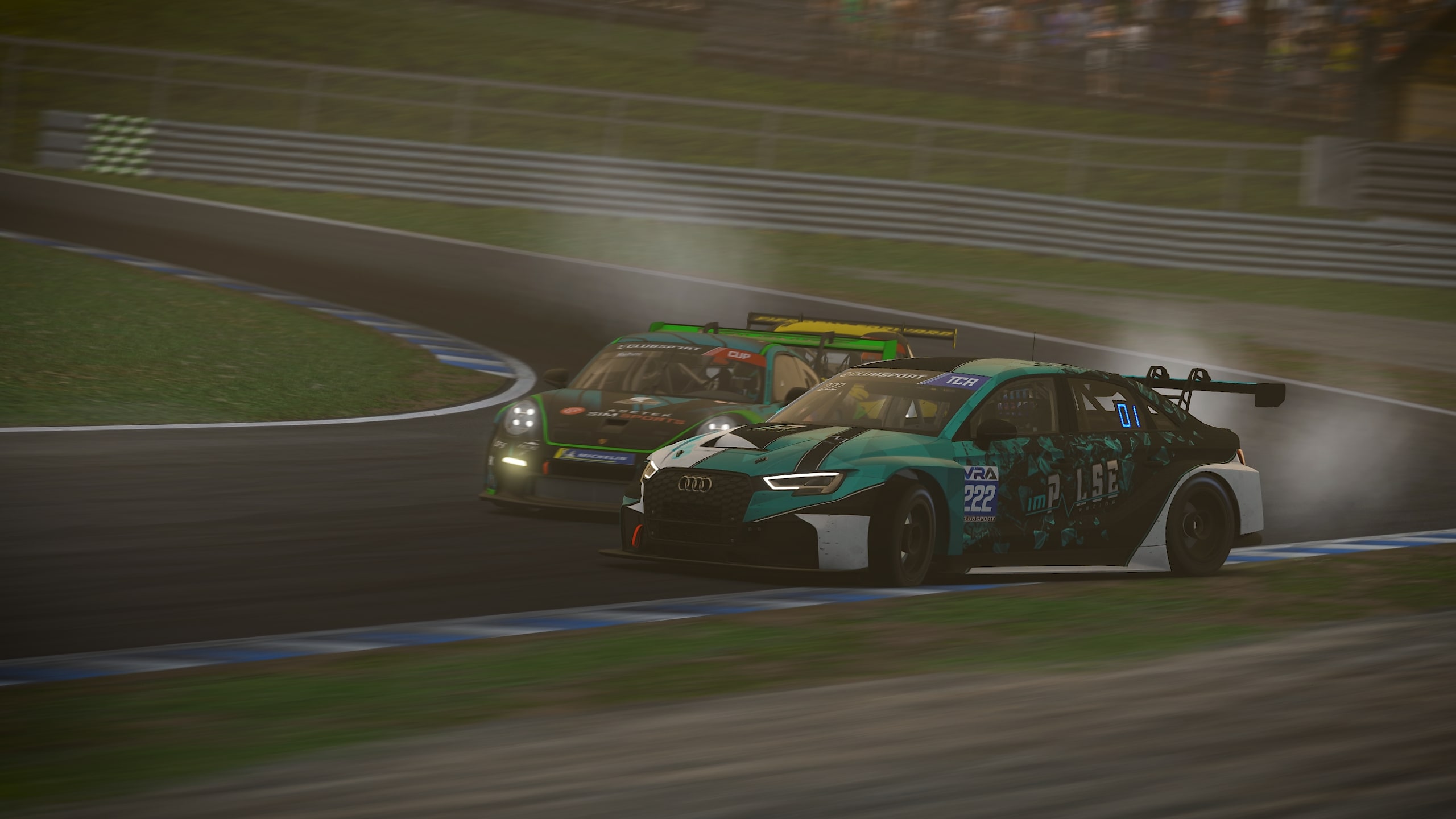 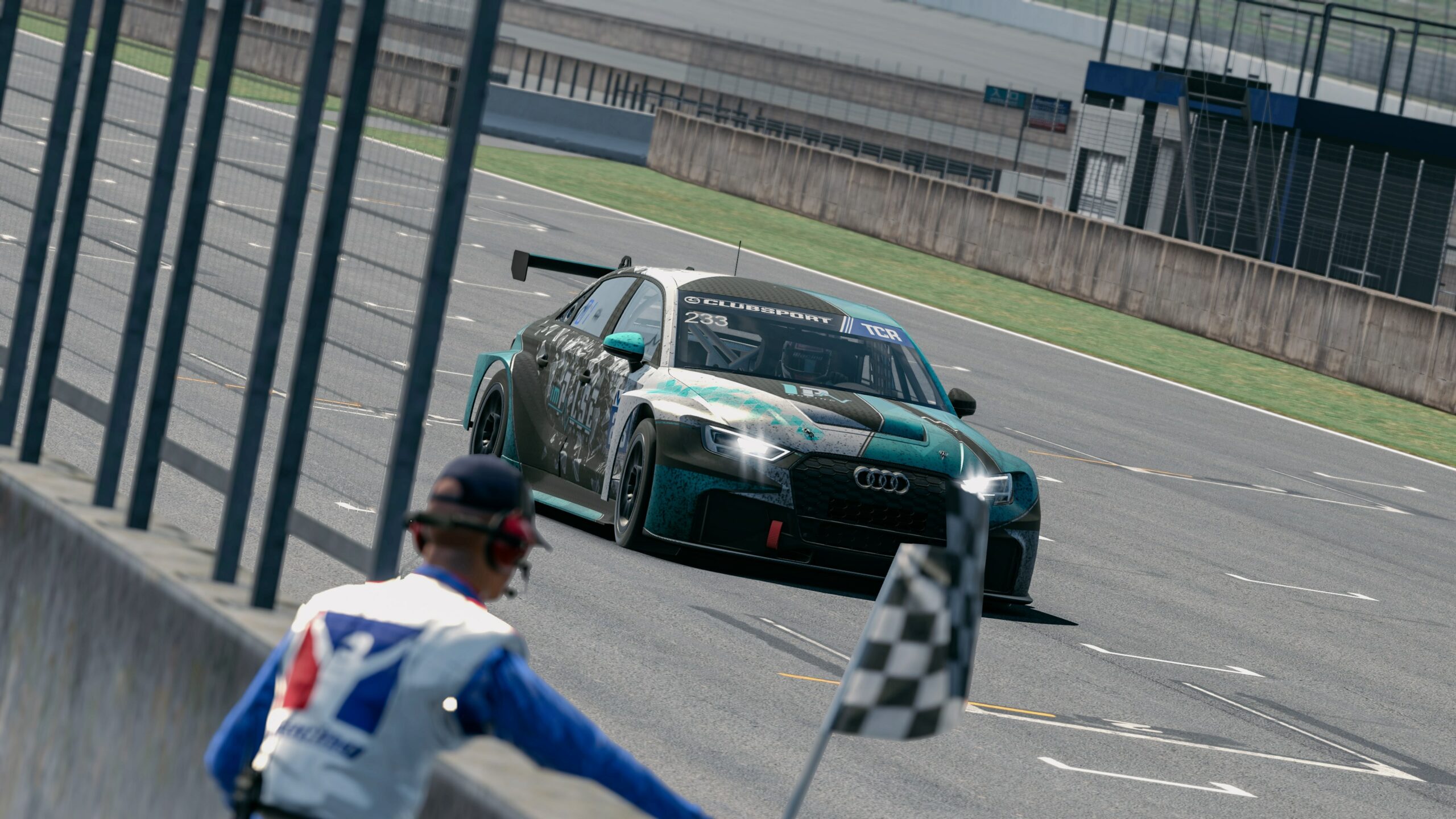 The number #233 avoids trouble and grabs the win, aim for damage control for the other cars

The final parts of the race weren’t completely without trouble for the number #233 TCR. Although keeping up the strong pace and showing the field some fastest laps there sometimes was some struggle in traffic. It tends to be the same every year-round a new season starts. We have to get to know the teams in all classes driving.  Luckily no big problems and after a very strong drive of both Tim and Nathan they brought the car home to win the first round of the 2021/2022 IVRA Clubsport season! This means a halfway and finishing position win! Also the third TCR endurance race win in a row!

After the second penalty for the number #222 TCR, a short sprint race to the end of the race began. There was nothing to lose anymore, meaning they went for a front tire change on the last stop to fully optimize pace. There is always some luck needed with traffic to perform this strategy and this luck was not always there. With 4 laps to go Chris was right on the tail of fourth place. Unfortunately, the leading GT4 was in the mix and somehow, although his big lead, not keeping room for the fight to be optimized. Chris tried everything possible, but in the end, crossed the line in fifth place literally touching the fourth place TCR car. A good effort, but still good points after the third-place halfway finish giving them third place overall in the standings after round 1. Looking at the start of the race and the pace of both cars a one and two finish, as we saw in the Creventic race at the 12 hours of Hockenheim, was definitely possible. Let’s see how it turns out in the further rounds of the season!

Then at last our Porsche Cup car. They struggled after some tough fights and penalties. In the final parts of the race, they were driving at the back of the field giving it all to make the most of it. Alex was in the car for the final stint, but the front tires were starting to give up at the end of the stint. Being in tenth place, two other cars were getting closer and closer trying to attack. Alex defended very well for a couple of laps, but in the end, he had so much tire disadvantage a twelfth-place finishing position was the maximum possible today. Of course, the Porsche guys were disappointed with their performance and the penalties. Especially when it turned out in the statistics Pascal was the quickest Cup driver on the track. The drivers told after the race: “We had the pace, but not the best execution. We plan on working on our strategy and consistency for the next race.” We wish them the best of luck and are confident good things are to come! At least there is a lot of time to have a more extensive preparation for the next race and those post-race statistics don’t lie!

Round 2 of the IVRA Clubsport series happens the 30th of October in Mid Ohio. Hope to see you all tune into the broadcast! The broadcast of the last race can be found below: